Who is Andressa Soares?

Andressa Soares also known as Mulher Melancia is a Brazilian dancer who is mainly noted for her modeling for popular magazine cover pages.

She is also a well-known singer and her songs scored hit throughout Brazil. She succeeded in her career as a dancer and a singer.

Andressa is undoubtedly an impressive dancer and actress for appearing in numerous TV programs not only in Brazil but also in other countries like Portugal.

She is also a good mom to her son Arthur. She appeared in many famous magazines that helped her proceed in her model career.

She is exceptionally good and an experienced dancer. Andressa has also accumulated huge capital and has extensive popularity among her followers. 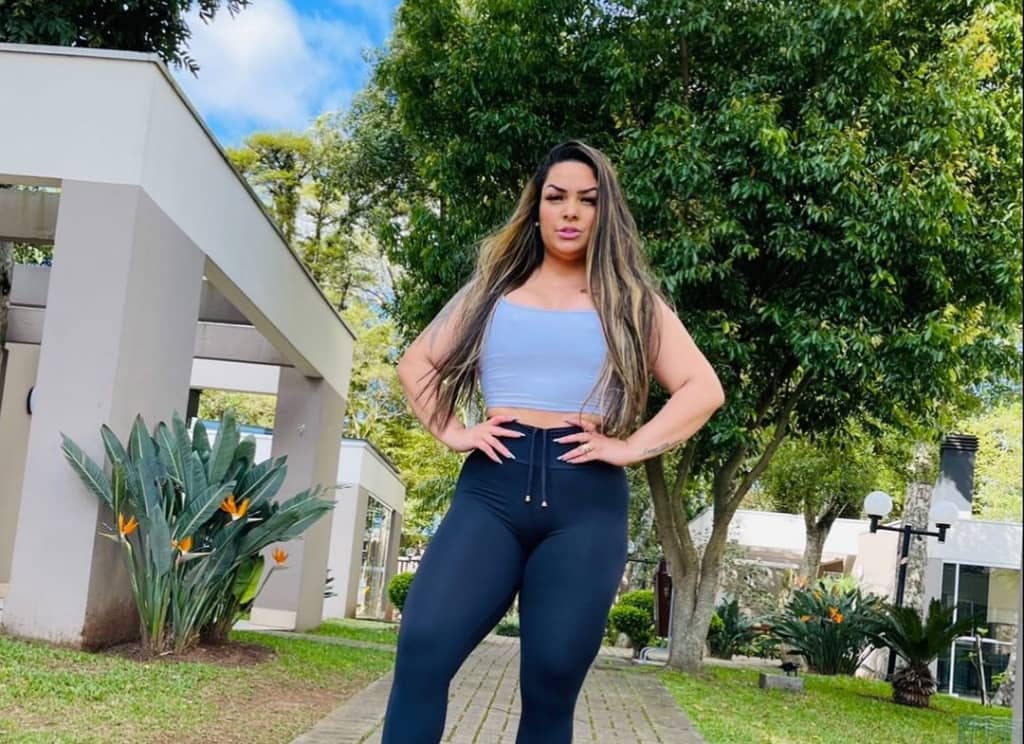 Andressa Soares the famous dancer and model was born on the 28th of March 1988 in Rio de Janeiro, Brazil. The 33 years old star holds Brazilian nationality.

She was brought up by her parents and, there is information available about her parents. Her mother’s name is Carmen Soares, and her father is Aurelio Soares.

She grew up alongside his brother Hugo Soares in Brazil.

Moreover, Andressa has not publicized her educational details and are not revealed in any reports as well.

Andressa Soares started her career in the year 2004 as a dancer. She came to be a member of a Brazilian dance, funk group named MC Cruè.

With her outstanding dancing skills, she began dancing for the singer, MC Cruè in 2006 and started getting recognition in her country.

However, after achieving the dream of dancing and slight accomplishments in her dancing career Andressa started getting prominent nationally and also attained the nickname Watermelon woman from the radio broadcaster Tino Junior.

She also used this nickname as her stage name in her latest concerts.

Subsequently, after being well-known in her country, Andressa was invited to act in various TV programs, she now proceeded with her career as an actor.

Andressa was mainly known for her reality TV program A Fazenda and seems to have appeared in three seasons.

After her fame reached the international media, she was mentioned in an article by Spike Jones and was also invited to many shows.

Andressa gained a lot of attention which helped her to persist in her career.

Furthermore, in 2008 she persisted her career as a solo singer and released her song Velocidade 6, fortunately, her song was a great hit throughout Brazil.

She was also a songwriter and released her songs, throughout her career Andressa made many songs including Solteira Sim and Sozinha Nunca.

After her successful songs, she also held several concerts in Brazil and performed shows that gathered thousands of people.

Andressa worked as a model for many renowned magazines and ad campaigns.

In 2009 she appeared on the cover page of Playboy magazine 3 times in total and sold over 1 million copies of her magazine. In 2010 she was chosen by a German art publisher to print work that was released in 3 languages.

Unfortunately, in 2016 she bid a farewell to her career in music and modeling to govern an import company.

Andressa Soares the famous singer reportedly dated Thiago Soares and got engaged. However, in early 2015, the couple got separated.

In 2014, she was dating Pierre Leal, who is a businessman, unfortunately, after 2 months they broke up.

In 2017, Andressa got married to Michel Macedo, who is a soccer player. The couple had a son named Arthur, who was born in 2020.

She is currently living a happy life with her husband and son in Ceara, Brazil. Most of the other perspectives of her personal life are unrevealed.

Andressa Soares estimated net worth is $1-5 Million Dollars in 2022. This is an estimated amount as she never revealed anything about her net worth.

The estimation is done through a very strict process involving different analyses and sources.

Her source of income is through her profession as a dancer and a singer.

Being a well-known singer and a professional dancer, she might be earning from other various ways like she might be associated with the advertising industry or the brand ambassador of different companies.

Andressa Soares is a renowned dancer and singer who holds many social media followers. She is astonishingly a well-known personality.

Talking about her social media follower number they are broad and usually in the millions. She uploads her pictures to their accounts as well as updates them regularly.

Let’s take a look at her social media handles with his follower count:

Above social media, handles are enough to represent her popularity across the internet. Hope you enjoyed reading the biography of Andressa Soares. Please share your feedback and opinions with us about this article.

Next Read: Who is Dancer & actress Marama Corlett