Who is Andrew Mccullough?

Andrew Mccullough is a famous Australian professional rugby league footballer who plays as a hooker for the St. George Illawarra Dragons in the NRL.

He previously played for the Newcastle Knights and the Brisbane Broncos in the National Rugby League and played for Queensland in the 2018 State of Origin series. 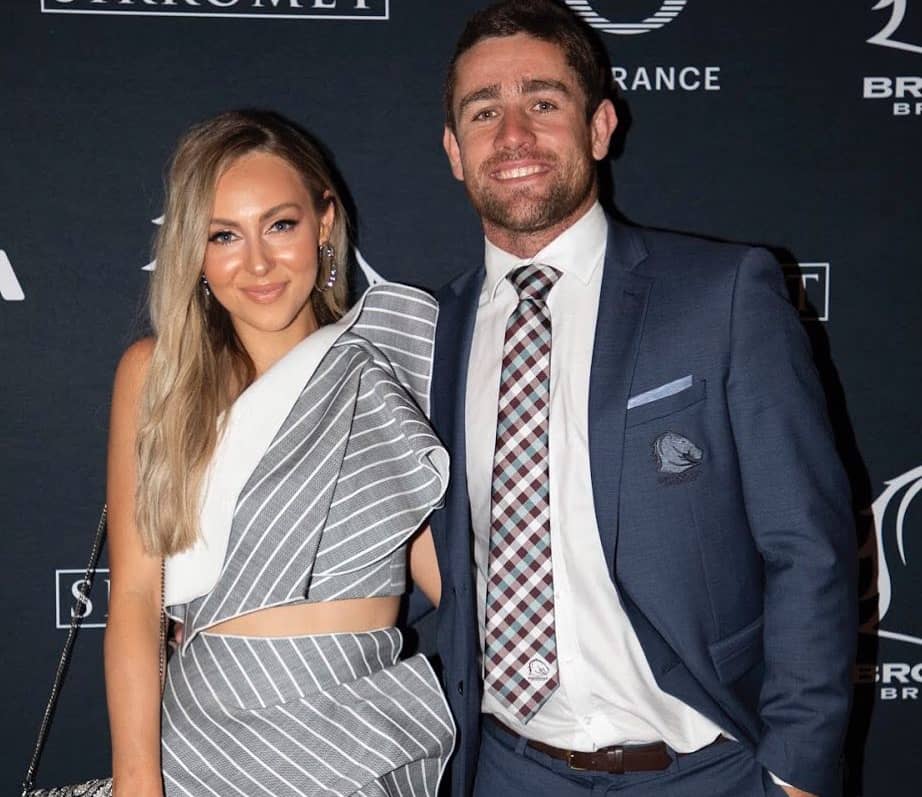 Andrew Mccullough was born on 30 January 1990 in Dalby, Queensland, Australia to Wendy and Graham McCullough. In 2018, McCullough married Carlie Harrison in a ceremony at Byron Bay.

During his time in Dalby, he played for the Dalby Devils and on several school teams. He played for the Australian Schoolboys team in 2007 while attending Brisbane State High School.

In 2003, while he was in grade 8, he had already signed with the Brisbane Broncos.

In 2009, he was named the Broncos’ “Rookie of the Year”. McCullough was named the 2012 Brisbane Broncos season’s player of the year.

He played for the Broncos in their extra-time loss to the North Queensland Cowboys in the 2015 NRL Grand Final.

And was selected to make his State of Origin debut for Queensland in 2018, starting all three games of that series at hooker following the retirement of former Queensland captain Cameron Smith.

Rise of His Popularity

After 260 games for the club, but by now being overlooked for a spot in the starting line-up ahead of the younger Jake Turpin, McCullough left the Broncos on 21 May 2020 to join the Newcastle Knights for the remainder of the 2020 season. 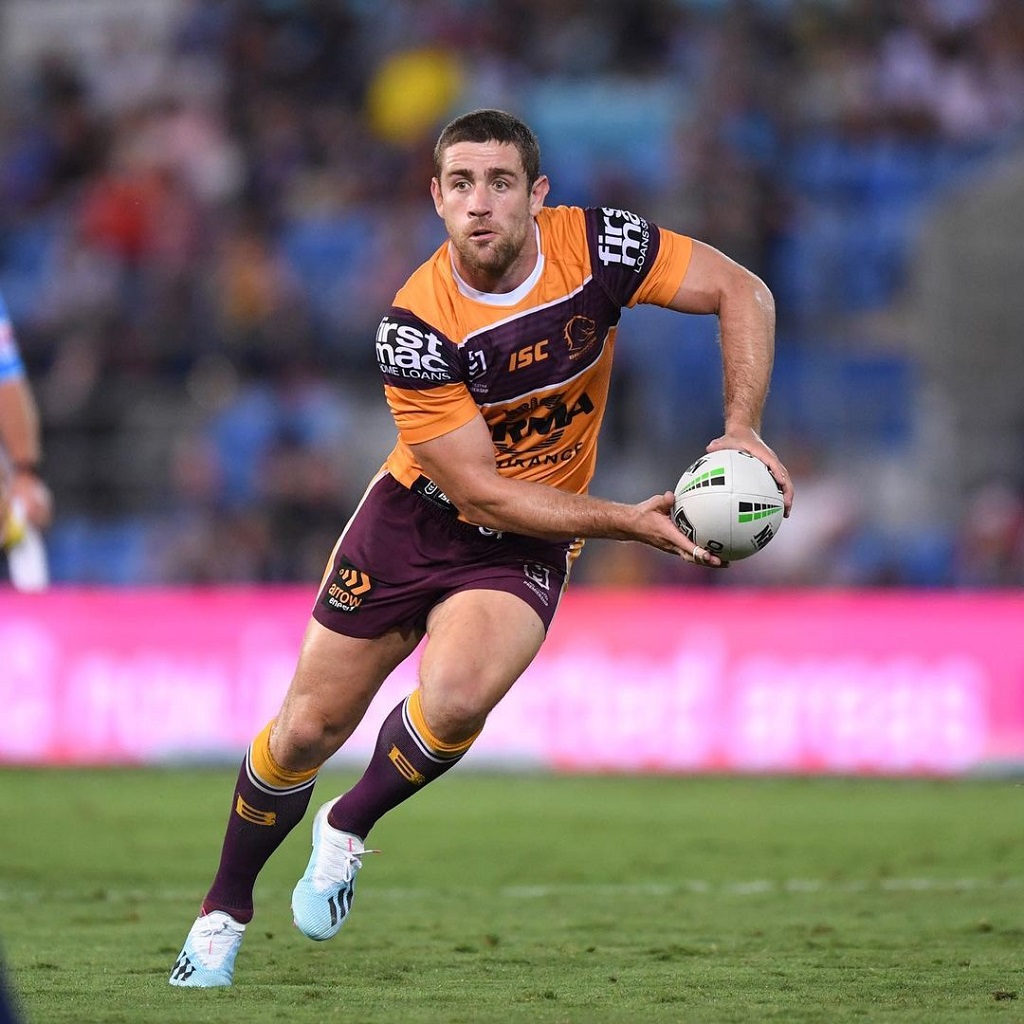 He played in 8 matches for the Knights and scored two tries before having his season ended by a hamstring injury.

He was then removed from the Knights’ playing squad list to make way for the mid-season signing of Blake Green.

Newcastle chose not to renew McCullough’s contract and he was able to return to Brisbane after taking up a player option in his contract for 2021.

On 15 February 2021, he signed a three-year deal to join St. George Illawarra.

He made his debut for St. George Illawarra in round 1 of the 2021 NRL season against rivals Cronulla-Sutherland where the Dragons lost 32-18 at Kogarah Oval.

McCullough was selected for the Queensland Maroons in Game 2 of the 2021 State of Origin Series, following an injury to incumbent hooker Harry Grant.

In round 22 of the 2021 NRL season, McCullough was taken from the field with an ankle injury in the Saint’s loss against Penrith.

On 17 August 2021, it was announced that McCullough would be ruled out for the remainder of the season. 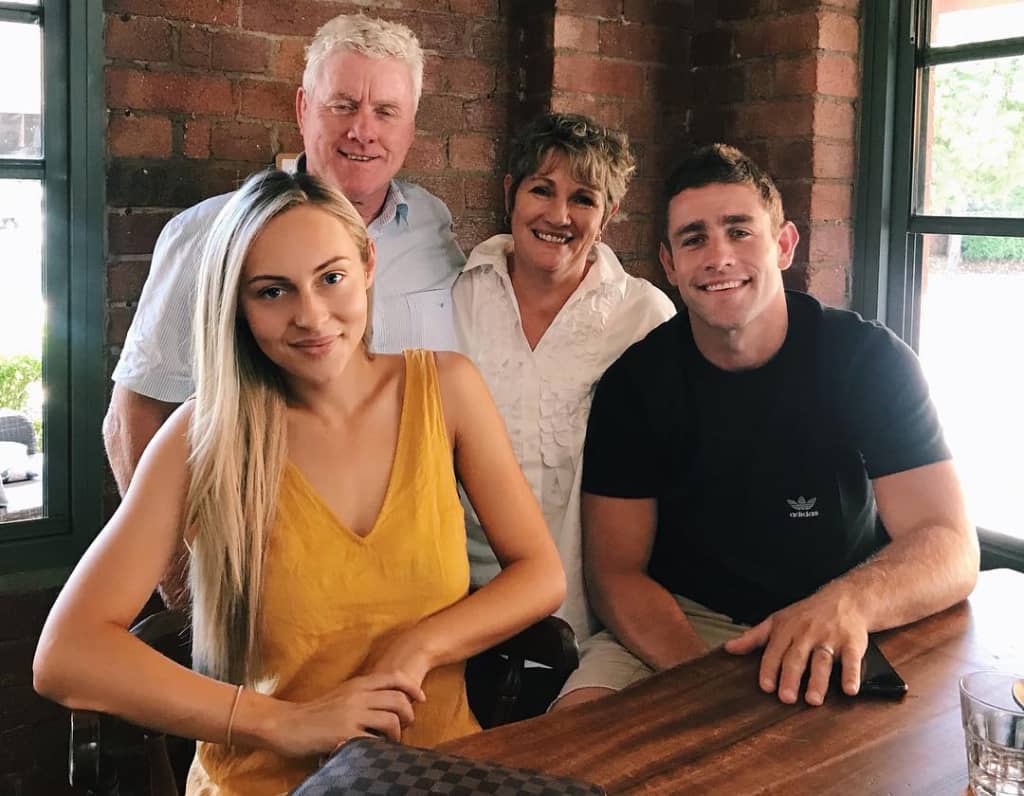 Andrew Mccullough married Carlie Harrison in 2018 in Byron Bay. The couple has not revealed a lot about their private life. But it clearly seems that the duo is enjoying their best in this married journey.

Currently, Andrew and Carlie haven’t been blessed with any child. The couple used to live a comfortable life together at their residence.

Andrew Mccullough has a net worth of $3 million USD. Andrew‘s estimated net worth, monthly and yearly salary, primary source of income, cars, lifestyle, and much more information have been updated below.

Andrew collected most of his earnings from his Yeezy sneakers while he had blown up over the years about the size of his business.

The money he pulled in from his profession real–enough to rank as one of the biggest celebrity cashouts of all time. His Basic income source is mostly from being a successful rugby player.

He has a very diverse Instagram profile and you can find something for almost every type of audience. It is the main reason why this player is getting more popular day by day.

He often posts Instagram photos featuring her match. He has more than 37 thousand followers on his Instagram handle.

Andrew McCullough’s net worth rank is # 72 in the category of Rugby Players. He gained such net worth at the age of 31 years.

With his total net worth, Andrew McCullough ranked in the list of rich Rugby Players from Australia. Net worth includes everything of value: cars, houses, real estate, money, etc. His income vs net worth correlation index was 0.1 in 2021.

I hope you had a good time with the biography of this famous Rugby player Andrew McCullough.

Next Read: Who is Eroni Clarke Rugby Player?