People are usually surprised to know that she was 7 years old when her modeling career kicked off. 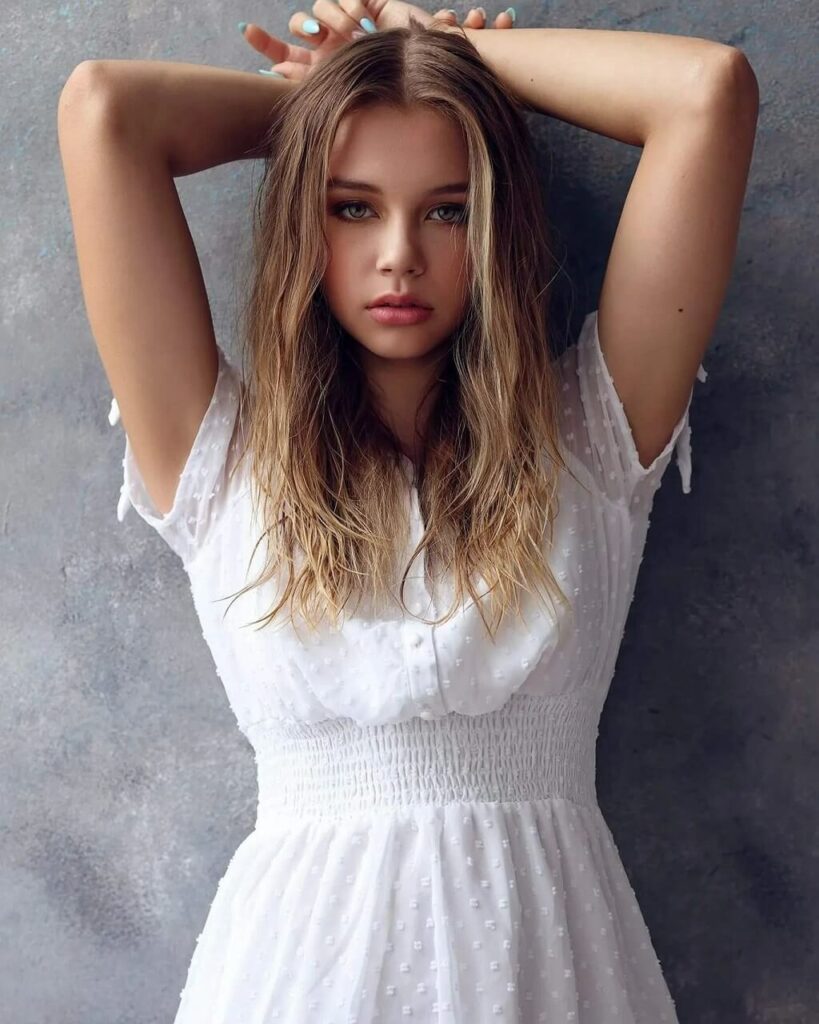 She, along with Emma Engle became an international child model.

Angelina was born in Moldova. But she has an American nationality.

She belongs to the white ethnic group and is a follower of Christianity as she was born and brought up in a Christian family.

Angelina was born to Anuita Polikarpova, who is her mother, and her father who goes by @sinedan on Instagram.

Angelina has three siblings: one brother and two sisters. His brother’s name is Nikita Polikarpova and her two sisters are Malvina and Eva Polikarpova.

Her mother is a beautician and there is little information about her father, though it is presumed that he is a businessman.

The family resides in Chicago, Illinois in the United States at present.

As far as her education is concerned she is a student at a local school in Chicago.

Whether she would enrol in any college or not is not certain as of now. She has already made her mark as a model and may want to pursue her passion. 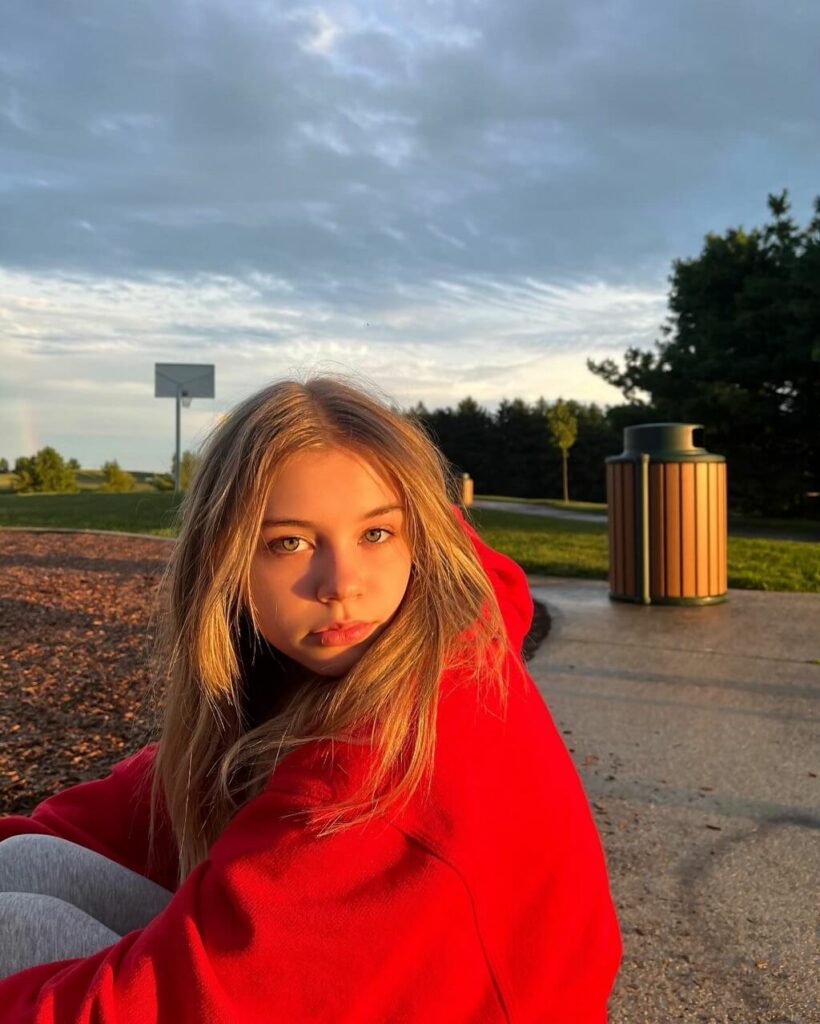 Angelina Polikarpova is a Moldova-American model and actress who rose to fame as an international child model who is represented by various well-known children’s modeling agencies including ProKids Models Italy, B Talent Scout, and Sugar Kids model agency.

Apart from that, she has gathered a huge number of followers on her @angelpolikarpova account on Instagram where she shares her attractive photos and short reels.

She also has her own YouTube channel called TheAngelPoli which also has a lot of subscribers.

Angelina had started her career when she was 7 years old and soon was represented by many famous agencies.

Other than modelling, she made her debut on the big screen through a Russian comedy movie called “8 Best Dates” where she played the role of a little daughter.

On 12 May 2019, she created her own YouTube channel TheAngelPoli where she posts a lot of videos. She started posting vlogs and beauty-related content which gradually helped her acquire a large number of subscribers and helped her increase her fan base.

One of her most viewed and premiered videos on YouTube is titled “ANGELINA POLIKARPOVA FBI MEME”  which has now gathered over 340k views.

After that, she continued posting a lot of videos on YouTube and gained lots and lots of followers.

Till now, her most viewed video with more than 1.7 million views is ‘ How to prank daughter and cheer up’.

Her other viral videos are “My best photos of 2018”,”My skincare night routine”, and “Workout at Home”.

Angelina Polikarpova, at 15 has reached a dateable age by American standards. But she is currently single and is not dating anybody.

Angelina is currently focused on her career. She wants to grow as a model and become world famous one day as an adult.

Thus she has no time for any romantic relationship as of now. And she is even at school.

So to balance a relationship, school work, and career will be a tough task for the teenage girl.

She never had any scandals or news related to her personal life. It can even be assumed that she is a private person who does not like to share intimate details regarding her life on social media.

Her major sources of income are her modelling career and her stint as an actress. She also earns from her social media handles that is from Instagram and YouTube.

At a young age, Angelina has gathered a huge amount of wealth for herself.

She does live a comfortable and lavish lifestyle along with her family in Chicago.

Angelina Polikarpova is a pretty young woman with an attractive face and body.

She has a height of around 5 feet 5 inches or about 165 centimetres and she has a weight of about 54 kilograms or 124 pounds.

Angelina is a gym freak. She likes to stay fit and often posts her videos from the gym.

Being a model she has restrictions on her food habits too. However, during her cheat day, she indulges herself in eating cakes.

So this is all you need to know about the child model.

Thank you for reading the article about Angelina Polikarpova.