Who is Ata Johnson?

Ata Johnson is the mother of a very talented actor and professional wrestler Dwayne Johnson (The Rock).

She is descended from the famous Anoai wrestling family, which has produced wrestlers such as Rikishi, Umaga, Yokozuna, and Roman Reigns.

Ata married Rocky Johnson, a Canadian professional wrestler who won the National Wrestling Alliance (NWA) Georgia Championship and the NWA Southern Heavyweight Memphis Championship during his career whom she divorced in 2003.

She is credited with Dwayne Johnson’s success, as the wrestler-turned-actor has frequently thanked his mother for being an inspiration.

In 2018, he gave his mother a brand new house for Christmas and announced the news on his official Instagram page.

Ata Johnson currently resides in the United States, where she spends time with her grandchildren and children.

Ata Johnson was born on October 25, 1948, in Hawaii, United States of America. Her birth name was Feagaimaleata Fitisemanu Maivia.

Both of her parents were associated with wrestling. Ata belonged to a wrestler family, which was famous as the Anoa’i family.

Ata Johnson was born into a wrestling family, so she was exposed to the sport from a young age. There is no information available regarding her education.

Ata Johnson made her television debut in 1996, appearing on an episode of WWE Raw. In 2000, she was spotted at WrestleMania 2000, which was held at the Honda Center in Anaheim, California.

Ata then appeared as a guest on the popular television show Late Show with David Letterman, in an episode that aired on May 10, 2002. She spoke about her son in a TV documentary series called Biography in 2004.

In 2009, Ata appeared in an episode of the television series Tagata Pacifika.

She appeared in the WWE: Mae Young Classic Women Tournament. Even though Ata has received numerous acting offers, she has yet to accept any of them. 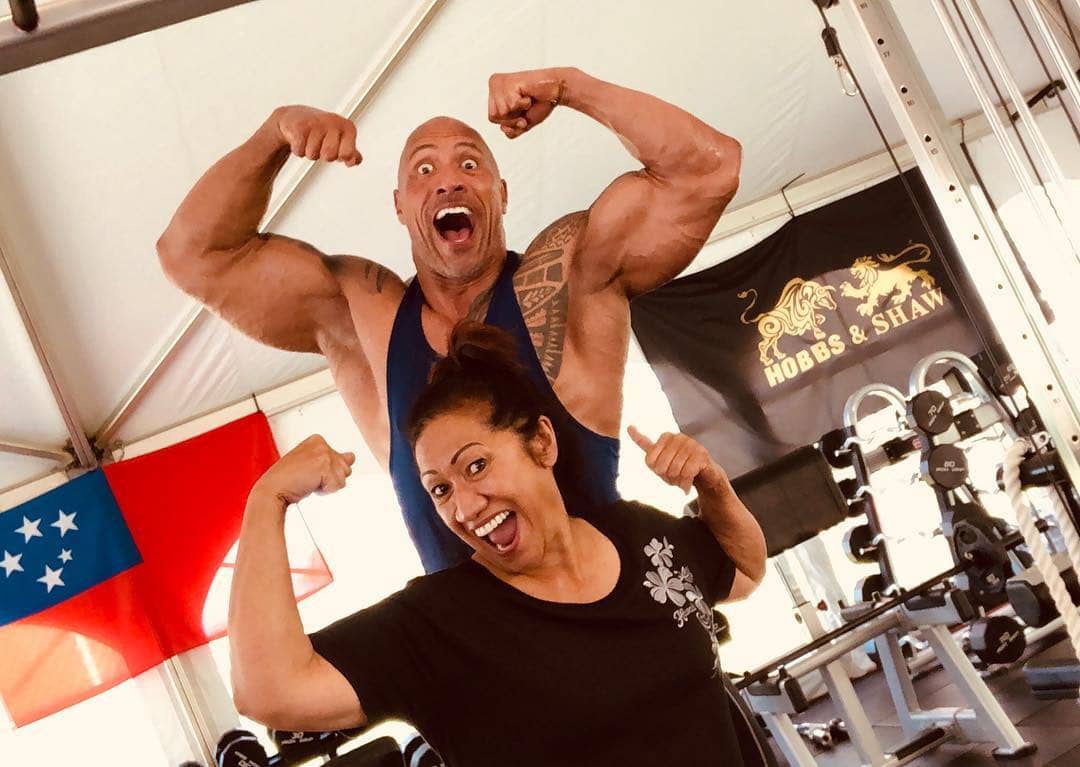 Ata Johnson married Rocky Johnson on December 22, 1978. They first met when Rocky was a tag team partner with her father, Peter Fanene Maivia since then they began dating.

He was six years older than her.

Ata’s father, Peter Maivia, was against their relationship. He disliked Rocky because he understood how the life of a fighting man works with busy agendas.

However, she disregarded her father’s guidance and married Rocky Johnson in a private ceremony.

Ata and Rocky had one son, Dwayne Johnson. Before marrying Ata, Rocky Johnson married Una Johnson. Together they had two children, Curtis and Wanda.

In 2003, Ata Johnson and Rocky Johnson decided to file for a divorce.

The reasons for the divorce were not disclosed. However, there are many rumors of Rocky Johnson’s affairs that led to the divorce.

They divorced each other in 2003, after 25 years of marriage. The reason for their detachment is due to her better half’s hectic schedule in professional time and less fascinated life.

She has never been subjected to any unfavorable gossip. Ata decided not to remarry after divorcing Rocky Johnson in 2003. She is a single woman today.

She concentrated her efforts on raising her grandchildren, Simone Alexandra, Tiana Gia, and Jasmine Johnson.

Ata has a close relationship with her son Dwayne Johnson and is frequently featured on his official Instagram page.

Dwayne posted on Instagram in 2018 and thanked his mother for everything. He also shared a video of Ata opening a card that said, “Bought my mom a new home for Christmas.”

She prefers to keep a low profile and enjoys spending time with her grandchildren in her spare time. She is currently residing in Miami, Florida, where she lives a lavish lifestyle.

Also Read: Who is Brian Tracy? – an Inspirational Life Story

Ata Johnson’s net worth is at least $1 Million US Dollars in 2022. This amount is calculated, as she didn’t reveal her capital.

We are quite sure about this amount as it is estimated through different analyses and sources.

Ata’s capital goes into millions because she is the mother of professional wrestler and actor Dwayne Johnson, whose net worth is about $220 Million US Dollars.

By noticing her social media stats, we can also infer that she might be associated with different businesses and social media promotions.

Next Read: Who is Wrestler Dean Lister?

Ata Johnson is very famous and followed by many on different social media handles. Her social media followers are in the thousands.

Following are her social media stats:

I hope you enjoyed reading the biography of Ata Johnson. Please share your feedback and opinion regarding this article.

Next Read: Who is the Ex-Wife of John Cena?