Are you looking for the biography of CV Raman? Yes! Then you are on the perfect platform for it. We have covered his whole life story, including his personal life, family, controversies, and much more.

Here, you are going to know about the Indian scientist who had given his all efforts for Indian Science. He had given great contributions during British India. So, let’s begin with the inspirational biography of CV Raman.

Who was CV Raman? 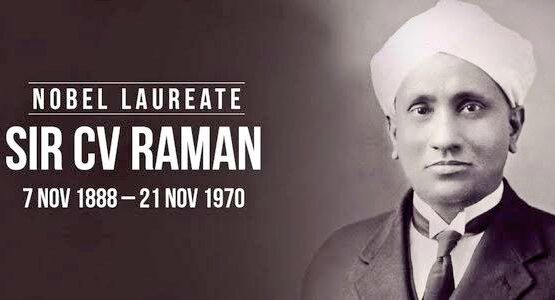 CV Raman was a notorious Indian Physicist who did revolutionary works in the field of light scattering.

He along with his student, K. S. Krishnan discovered that when light travels through a transparent material, then some of the deflected light changes wavelength and amplitude.

This new type of phenomenon of scattering of light is named as Raman effect (Raman scattering). The work successfully succeeded and earned Raman the Nobel Prize in Physics in 1930.

It was an amazing accomplishment because it made him the first non-white, Asian, Indian person to be honored with a Nobel Prize in any branch of science.

Even, he had awarded Bharat Ratna, which is India’s highest civilian award.

His father, Chandrasekhar Ramanathan Iyer, was a Mathematics and physics teacher at the local high school of Vishakhapatnam. Raman’s mother, Parvathi Ammal, was a housewife.

Because of his father, he grew in an educational environment from his childhood. His family was moneyed from his early life. Raman recalled that I was born with a copper spoon in my mouth.

At my birth, my father earns enough salary of 10 rupees/month.

However, he was a brilliant boy and had struggled a lot in his childhood. In 1892, Raman along with his family members moved to Vizag or Vizagapatam (now, Vishakhapatnam).

There his father was appointed as a Physics teacher in Mrs. A.V. Narasimha Rao College.

After moving to Vishakhapatnam, Raman shortly started his schooling at St Aloysius’ Anglo-Indian High School. He completed his matriculation examination at the age of 11.

After two years, he passed the 12th class (intermediate exam) with a scholarship at age 13. After 12th, Raman joined Presidency College, Madras (now Chennai) in 1902.

Also, his father had been transferred there to teach physics and math.

In 1904, he achieved a B.A. degree from the University of Madras. He also became the topper of that university and had won a gold medal. Raman then completed his M.A. from the same university with the highest division.

While he was at the age of 18, he published his first scientific paper on the diffraction of light in the British journal, Philosophical Magazine.

He also published his second paper in the same year, which was about the surface tension of liquids.

Based upon Raman’s capacity and his good performance, his physics teacher Richard Llewellyn Jones allowed him to continue his research in England.

Jones assembled for Raman’s physical inspection with Colonel (Sir Gerald) Giffard. Shortly, the inspection spread that Raman would not stand with the harsh weather of England.

It was the first major controversy did CV Raman faced in his biography. Even, he later recalled the incident and said, Giffard, examined me and certified that I was going to die of tuberculosis If I were to go to England.

The career of CV Raman

In the entrance exam of February 1907, Sir CV Raman had qualified for the Indian Finance Service (now, Indian Audit and Account Service) with the first position.

After three months, he was posted in Calcutta as Assistant Accountant General.

He was highly impressed with the Indian Association for the Cultivation of Science (IACS). It is the first research institute of India established at Calcutta (now Kolkata).

Yet that time, the institute has neither any regular researchers nor any research papers. It became a chance for Raman to conduct more and more researches in his own time.

In 1907, Raman Published his article Newton’s rings in polarised light, which became the first publication from the institute. Later in 1909, he was transferred to Rangoon, Burma (now Myanmar), for the currency officer position.

After some months, his father succumbed to a fatal illness, thus he had to return to Madras.

Shortly his father gets dead and Raman had to stay there for his Funerals Rituals. In 1910, he continued his office at Rangoon, but soon he was posted in Nagpur, Maharashtra.

However, after a few months, he was promoted to Accountant General and again transferred to Calcutta in 1911.

In late 1917, the University of Calcutta organized a new chair and named the Palit Professor of Physics. For this position, the institute offered to Jagdish Chandra Bose, but he declined.

Later, Raman was selected for the position. After a decade of service, he, unfortunately, resigned as a civil servant.

It was described as a supreme sacrifice. However, his salary was half in becoming a professor, but there was an advantage that he could explore into dedicated research.

He had also reported it in his joining report of the University.

Mr. C. V. Raman joined his appointment as Palit Professor of Physics from 02.07.1917… Mr. Raman informed me that he will not be required to take any teaching work in MA and MSc classes, to assisting advanced students in their researches.

On 6 May 1907, Raman married Lokasundari Ammal (1892 – 1980). Lokasundari was only about 13 years old during his marriage. She liked to play the veena. The couple moved to Kolkata in a few months.

They later changed their religion into Christianity because they were fascinated by St. John’s Church, Kolkata. Lokasundari visited this Church for music and Raman for acoustics.

One of the best discoveries of CV Raman, Scattering of Light, is named as Raman effect. It was a new type of radiation, an eponymous phenomenon. Its experiment was begun in 1928 by KS.

Krishnan. He shortly discovered that no matter what kind of pure liquid he used, it always produced polarised fluorescence within the visible spectrum of Light.

Then he told it to Raman, he was amazed after listening to it. He asked himself, why I never observed such a phenomenon all those years.

On the same day, they named it modified scattering.

They continued their research on this project. After a month, they found the spectra of the modified scattering separate from the incident light.

They got difficulties in scaling the wavelengths of light. Thus, they had been relying on visual observation of the colors produced from sunlight through a prism.

They further continued their research and later they were succeeded in it.

On 29 February 1928, Raman called the press and announced his research. On the next day, the Associated Press of India reported New theory of radiation by Prof. CV Raman.

Even they published their research in the July month of the same year.

They presented their project at the Sixth Congress of the Russian Association of Physicists. After two years, they were nominated for the Noble Prize along with Raman.

Later, the committee clarified that they both had been copied Raman’s article and haven’t powerful evidence for proofing their findings. Any of Raman’s research properties didn’t match with the Russian’s properties.

Thus, the Royal Swedish Academy of Science for the Noble Prize was awarded to Raman only. However, the evidence later appeared that the Russians discovered the phenomenon before Raman and Krishnan.

Both Raman and Krishnan researched Raman’s effect. However, Raman was only nominated for the Noble Prize.

Even all-time in his life, he masqueraded in the cloak of another man’s discovery.

During the period of 1933 to 1944, Max Born was employed by the IISc as a Reader in Theoretical Physics. At that time, Born was an immigrant of Nazi Germany and employed for a short time at St John’s College, Cambridge.

Born was developed a theory on lattice dynamics based on thermal properties. Raman has also developed the same theory and had claimed that the Born theory was wrong.

Their argument goes on for decades. Born received much support from most physicists.

Away from this argument, their enmity increased to a personal level. Later, Raman backed his steps and rejected the articles which he was submitted.

Born was nominated for the Noble Prize for his contribution to the lattice theory. This was written as a belated Noble Prize.

In the late 1970s, Raman was suffered from cardiac arrest and knocked in his laboratory. He was in critical condition, so he was admitted to a hospital.

But shortly the doctors declared that he wouldn’t live for more than four hours. Although, he survived a few days and stayed in the garden of his institute.

On 21 November 1970, he got died from a natural cause. On his death, Prime Minister Indira Gandhi said,

The country, the parliament house, and everyone will mourn the Dr. Death of CV Raman. He was the greatest scientist of modern India and one of the greatest intellects our country has produced in its long history. His mind was like the diamond, which he studied and explained. His life’s work consisted of throwing light upon the nature of lights, and the world honored him in many ways for the new knowledge which he won for science.

So finally, you have completed this inspirational biography of CV Raman. In the end, I want to say that Raman was a renowned man of British India. He always worked for this world.

He ever goes through several controversies but he always kept quiet. Raman had looked very intelligent from his childhood, as he studies very sharply. His continued work and efforts resulted in the discovery of the Raman Effect.

The way he was honored after his death was the most inspirational thing for any person. We also need to go up on the rules he used for himself. It may help us getting our success in an easy and better way.