Who is Emilio Osorio?

He has ranked on the list of those famous people who were born on November 25, 2002.

He is one of the Richest Soap Opera Actors. He also has a position on the list of most popular Soap Opera actors. Emilio Osorio is 1 of the famous people in our database with the age of 16 years old. 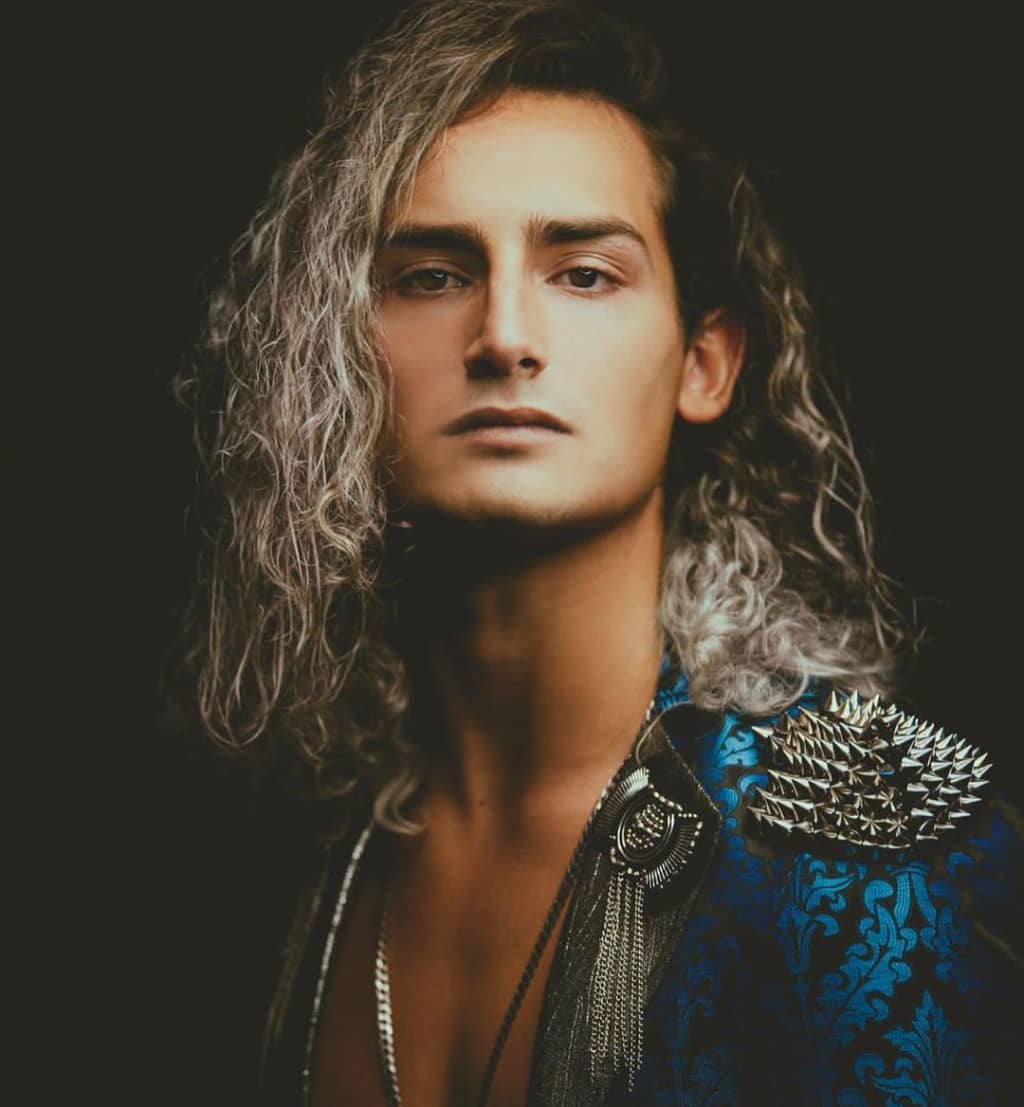 Mexican actor who landed his breakthrough role of Sebastián Lascurain in the series Mi Corazón Es Tuyo in 2014 and earned a leading role as Aristóteles in Mi Marido Tiene Familia in 2017.

In 2019, he began starring on Aristemo, a spinoff of Mi Marido Tiene Familia. He’s a close friend of fellow telenovela actor Joaquín Bondoni.

He grew up in Mexico to parents Juan Osorio and Niurka Marcos.

Osorio made his screen acting debut in 2013 in the telenovela, Porque el amor manda, where he also showed his talent in singing and dancing.

In 2014, he had his breakout role in the telenovela Mi corazón es tuyo where he portrayed Sebastián Lascurain, one of the seven children of Jorge Salinas’ character. Osorio also took part in the musical theater of Mi corazón es tuyo.

In 2015, he had a role in the series Como dice el dicho playing Ramón in the episode “No juzgues a tus semejantes”.

Osorio joined the cast for Sueño de amor. The series aired from February 22 to August 21, 2016.

In 2017–2019 he participated in the telenovela Mi marido tiene familia alongside Daniel Arenas, Zuria Vega, and Silvia Pinal.

Further, he released songs for the telenovela such as Labios de Miel, Amor Valiente (a song he performs with Bondoni), Juegos de Amor, and also includes a solo song by Bondoni.

In one of the last performances of the musical, it is announced that Emilio would be giving a series of concerts at the Plaza Condesa as a way to promote his debut album.

That will later become his debut tour “PerfecTOUR” adding more dates around Mexico, even arriving to be in Peru and Brazil.

It was announced that Emilio would be singing “La Playita”, the main theme of the telenovela “Soltero con hijas“.

This theme is the first song written by Emilio, which was also included in the repackaging of his debut album which includes several songs in Portuguese. 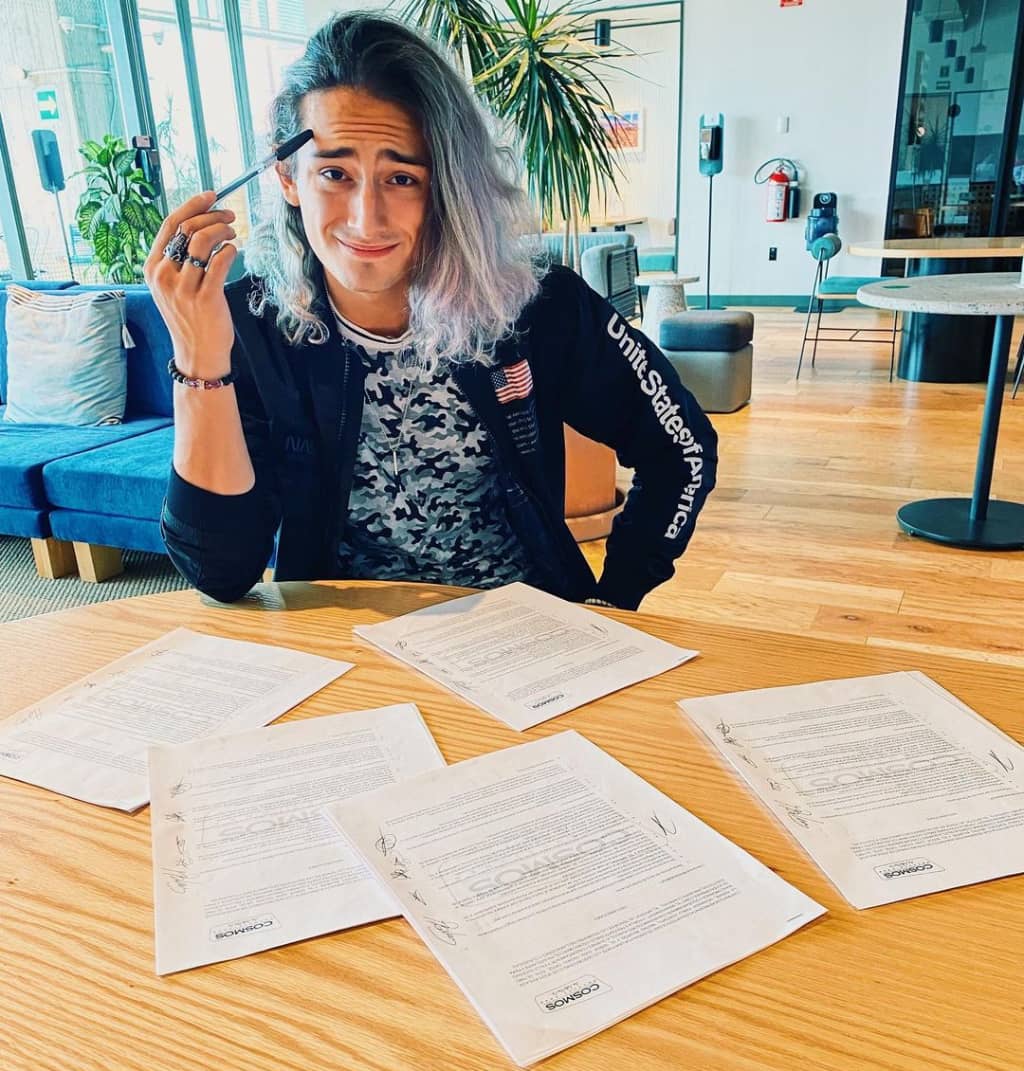 On April 17, 2020, he releases the single “Danzón”, and it is also announced that Emilio is already working on his next album.

On June 26, he officially released the single “Hoy Me Tengo Que Ir”, which he performed as part of the setlist on his tour.

And now in 2021, he participated in the telenovela “Que le pasa a mi familia?” as Lalo Rueda.

Emilio Osorio is single. Mexican actor who landed his breakthrough role of Sebastián Lascurain in the series Mi corazón es tuyo in 2014.

As of 2022, Emilio Osorio is not dating anyone. Emilio is 19 years old. He had at least 1 relationship previously. He has not been previously engaged.

His father is Mexican telenovela producer Juan Osorio and his mother is actress Niurka Marcos. He has two half-siblings through his mother named Kiko and Romina.

Emilio Osorio has a net worth of $1 million USD. He has made the such amount of wealth from his primary career as Soap Opera Actor.

Emilio Osorio is a long-time successful actor. He has given a lot of unforgettable performances to all audiences. The work in showbiz does justice to her fame and fortune.

His salary and details about it are not known to all. It might be due to the fact of maintaining secrecy from everybody.

His net worth is from her ever-successful modeling and dancing career.

As a model and dancer, Emilio Osorio is used to being the one in front of the camera, however, it appears that he’s also found comfort in being on the other side.

In his free time, Emilio enjoys taking pictures and he is a natural for knowing when to snap a lovely photo.

Emilio Osorio has played the personality of a youthful gay with a ton in the same manner as his own life.

Presently, fans are interested to know whether Emilio Osorio is likewise gay, similar to his reel character ‘Aristotle’. We should think that it is out.

Emilio Osorio was gossiping about being gay for quite a while. Be that as it may, he as of late discussed his sexuality openly.

Mexican entertainer, Emilio Osorio is the child of the TV maker, Juan Osorio, and Niurka Marcos. He was born to his folks on 25 November 2002 in Mexico.

Juan Osorio says he previously pondered about his child’s sexual direction however didn’t have every one of the responses.