Here is an inspirational and motivational biography of IAS Nidhi Siwach who closed herself in a room for 6 months. Although, she achieved this great success after failing two times continuously. But now Nidhi is inspiring the country through her unbelievable efforts. She is now the ideal of many IAS aspirants. Let you read this very influencing story of Nidhi Siwach and achieve your success like her.

Who is IAS officer Nidhi Siwach?

Nidhi Siwach is a renowned Indian Administrative Service officer who is immensely popular for her success in an unbelievable way. She cleared India’s toughest exam, UPSC in her third attempt. In the first two attempts, she failed to achieve the position. However, she never backed her steps and tried again and ultimately, she became an IAS officer in her third attempt. She ranked 83rd position and got selected for the IAS post.

Behind this great success, there are her lot of efforts and preparations that couldn’t be done by everyone. Her unbreakable hard works are widely remarkable. Let you know what she actually did so that she became able to crack this toughest exam. 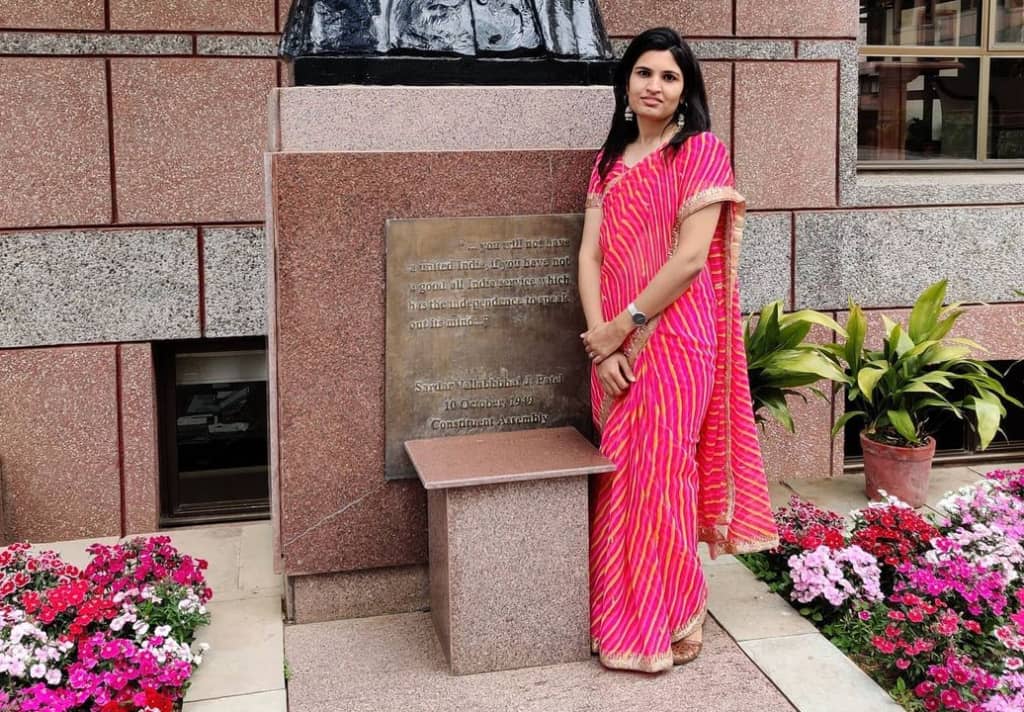 Nidhi Siwach was born in Gurugram, Haryana, India in an average family. She was a studious girl from her childhood and thereby she has achieved remarkable marks. She was raised in her hometown and completed her elementary educations there. She scored 95% marks in her matriculation examination. She then achieved 90% marks on her intermediate examination. These results are clearly proving her intelligence and curiosity for studies.

Nidhi then enrolled in Deenbandhu Choturam University, Sonipat, Haryana for pursuing her graduation. Thereafter, she completed her graduation and earned a degree in Mechanical Engineering.

After completing her graduation, she started a job as a design engineer at Tech Mahindra. She was doing her job happily. But she later felt unhappy with her job and thus she drops it after 2 years. In actuality, Nidhi wanted to do something big that could be an honor for her as well as for her family. Following this, she decided to appear for the AFCAT exam and also cleared the written test.

Now, the main turning point came in her life which has led her to achieve this success. In her subsequent SSB interview, some interviewers suggested she choose civil services instead of defense. It was the time when she was a bit confused in deciding her career. After researching the civil service field, she decided to enter and what had to happen next. She begins her preparation hardly for the upcoming examination.

Nidhi put all her efforts she could into the examination. But unfortunately, she failed to pass the examination. Around this time, she was very sad and had some confusion regarding her next step. Nidhi again choose the same field and decided to prepare herself harder than the previous time. Sadly, she also failed in her second attempt which led her to depression.

Nidhi on Road of Success

It was the second time when Nidhi failed to crack the UPSC examination. She was now totally depressed and was very confused about why she is failing every time. On one side, she was totally depressed, and on another side, her family was forcing her to marry. She asked them for a third attempt. They allowed her but with a condition. Her parents told her that if she failed in the third attempt, she would have to get married.

Nidhi accepted their condition and looked forward. This time, she closed herself in a room for six months. This sounds crazy and yes, it is. This is what everyone is looking for about her. Closing ourselves in a room for the next 6 months is very difficult. But in her case, she opted to do this instead of failing again.

Her hard work paid her accordingly as she cracked India’s toughest exam in her 3rd attempt. She ranked in 83rd position which comes under the IAS option. Therefore, she opted for it and became an Indian Administrative Service officer.

Nidhi Siwach is not an ordinary person as she always contains powerful and influencing thoughts in herself. Despite leaving her job, failing two times in the UPSC exam, listening to strange things from family, she believed in herself and moved forward. That’s what is called legacy and braveness. Now, it’s your time to show something amazing to this society and then this world. Never let your steps back.

I hope you have enjoyed reading this very inspirational story of IAS Nidhi Siwach. Let you leave your feedback below about her biography.

Rehan Raza is an Author, especially a biographer who has written many stories and has covered many biographies in his life. His books are also available on Amazon Kindle.