In this ongoing world, you can see various people joining the film industry. However, only a few of them sustain themselves on the big stage.

Jeni Ross is among those people who have achieved incredible peaks at a very young age. She is winning millions of hearts through her astonishing performance in various films and TV shows.

Let’s see who is Jeni Ross and how she succeeded in doing this.

Who is Jeni Ross? 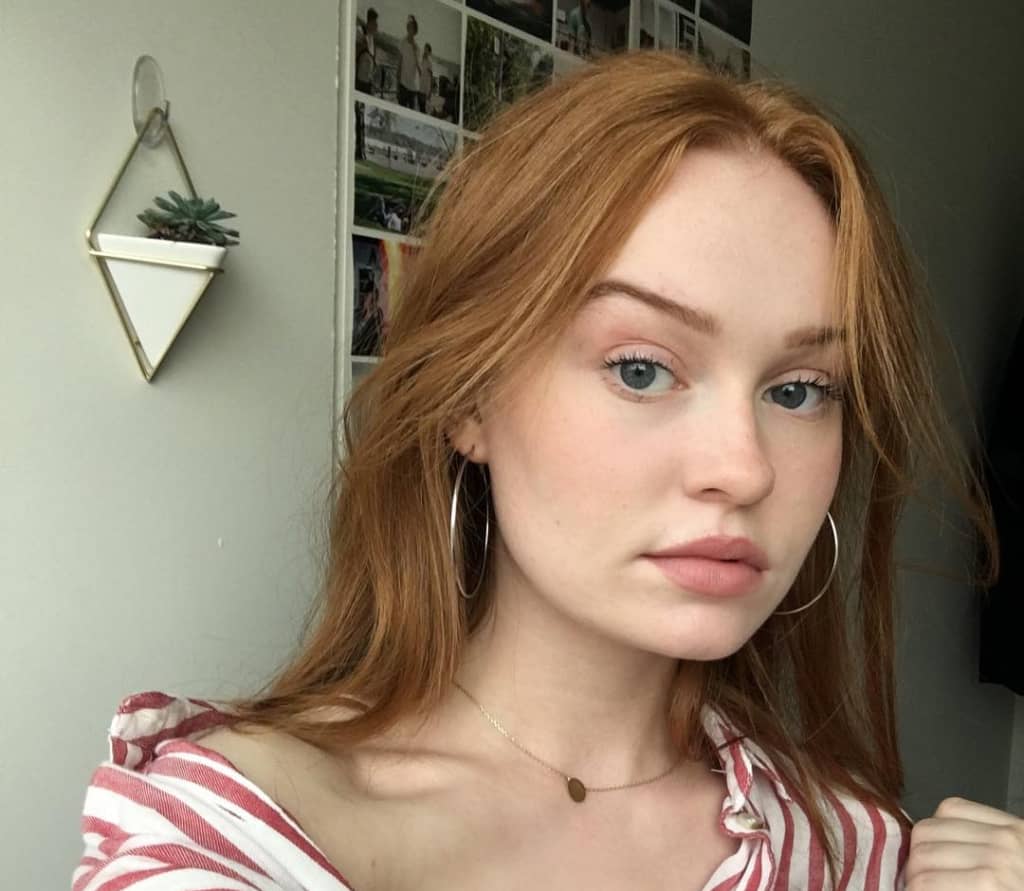 Jeni Ross is a renowned Canadian Actress, Dancer Musician, and TV personality. She is best known for her appearance in the film No Escape Room (2018), Titans (2018), and Stage Fright (2014).

Being a young actress, she has earned a lot of fame and popularity among people.

Let’s explore her biography and know-how a cute girl turned her life into this.

Jeni Ross was born on 20 September 1999 in Port Credit, Ontario, Canada. Her father’s name is Bruce Ross and her mother’s name is Janet Martin.

Her mother is an actress and theatre producer who began auditioning and performing in commercials when she was 9 years old.

Jeni is very close to her mother and has been seen taking a lot of pictures with her.

On 14 May 2018, she posted a series of throwback photos of her mother that really proves her relationship with her.

Further, she has been also seen uploading pictures with her father. She sometimes visits England to meet her grandparents and cousins who used to live there.

Talking about her siblings, sources claim that she has a younger brother named Jeremy Ross. Jeni follows Christianity and belongs to the White ethnicity.

Jeni had a keen interest in the film industry since her childhood. She is watching her mom as a member of this field from her early times.

Following in her mom’s footsteps, she made her interested in the film industry and decided to become an actress.

She made her acting debut in 2012 in a short drama movie “Broken Heart” directed by Dusty Mancinelli.

She played a minor supporting role s Choir Kid #5. Further in 2014, Jeni made her pictorial debut in the horror film “Stage Fright” directed by Jerome Sable.

In this film, she played her role as Ginger starring with other actors like Meat Loaf Aday, Minnie Driver, and Allie MacDonald.

Jeni played her first major role in 2016 in the TV series “Lost & Found Music Studios. She appeared in almost 15 of its episodes starring Clara.

In the same year, she appeared in a movie titled “Holiday Joy” and in a TV series named “Murdoch Mysteries”. Shen appeared as Montana in the movie and as Vicky Parsons in the TV series.

Around this period, Jeni was a popular actress and was receiving a lot of offers to appear in various films and TV series. It was a new thing for her and was very happy about it.

She also made her parents proud of her and even took the responsibilities for her family too. Her good things returned in several ways that paid her moreover.

In 2017, Jeni appeared in the short film “Guts and Glory” in which she played the role of the Protagonist.

Next year, she worked in the TV movie “No Escape Room” which resulted in a hit show. In the same year, she also appeared in a romantic film “Every Day” as Amy / A.

These are her latest films and TV series. But remember that she has not retired and will be looked at in the various upcoming films and series.

Jeni Ross is a beautiful actress with a smooth and sympathetic heart. She has two adorable pet dogs named Daisy and Rover.

If we talk about her relationship status, she is currently single and obviously unmarried. Actually, she doesn’t like to reveal anything regarding her dating life and her relationships.

But as of her appearance, she is still a bachelor and is focusing on her career.

But should be noted that Jeni has captioned “Happy Birthday I love you :)” in her post, which she uploaded on 9 July 2021.

In this picture, she is saying these words to a person whose username is bike thug. But we couldn’t consider him as her boyfriend until she will clarify openly.

Jeni has a best friend Gareth Black with whom she uploads a few images on the occasion of his birthday.

Even she considers him as her soulmate. Besides this, she has another best friend named Mavis Lyons.

As per sources, Jeni has been acting since she was just 8 years old. Around that period, she gave a lot of auditions and appeared at various stages.

Talking about her childhood dream, she always wanted to become Hannah Montana, a Disney Show Character.

Jeni Ross estimated net worth is $800,000 USD dollars. As an actress, she has earned a lot through her various films and TV series.

Being an actress is really beneficial financially as the actors get a huge amount for a single appearance. And here Jeni appeared more than 15 times in different shows.

Anyway, she has also earned a lot by doing paid promotions and advertisements for big brands.

All, she is very strong financially and has the potential to handle her whole family for their whole life.

Jeni’s fans are everywhere and spreading their love on various social media platforms too. And this would be obvious for an actress to be a social media star without any external efforts for it.

The actress is quite inactive on Twitter and that’s why she has about 2.7K followers only.

Not only on Twitter, but she is also quite inactive on her other social media platforms. Despite this, her fans have really shown great support on Instagram.

Jeni is also available on YouTube which she joined on 18 April 2015 and named after her. She uploaded two videos five years back and then her channel became dead.

With just her two videos, she has gained about 2.5K subscribers.

Next to read: Who is Actress Lorynn York

Jeni Ross is an inspiration for all the upcoming actresses in the film industry. She has achieved a lot at a very young age that directly influences people on a broad scale.

She is working as an actress, entertainer, dancer, musician, TV personality, and social media influencer.

From her profession, this wouldn’t be bad to recognize her as a young multi-talented lady.

I hope you had a lot of fun while reading this amazing biography of Jeni Ross. We would be glad to you if you will share your feedback about her story.