Everyone has long-term goals. Making your goals a passion will help you achieve them. The American film and drama industries are more difficult and require more effort.

Kitten Natividad debuted as an actress, model, and producer in 1972. When she was only 24 years old, she became more successful in her career, influencing people and gaining fame.

Who is Kitten Natividad? 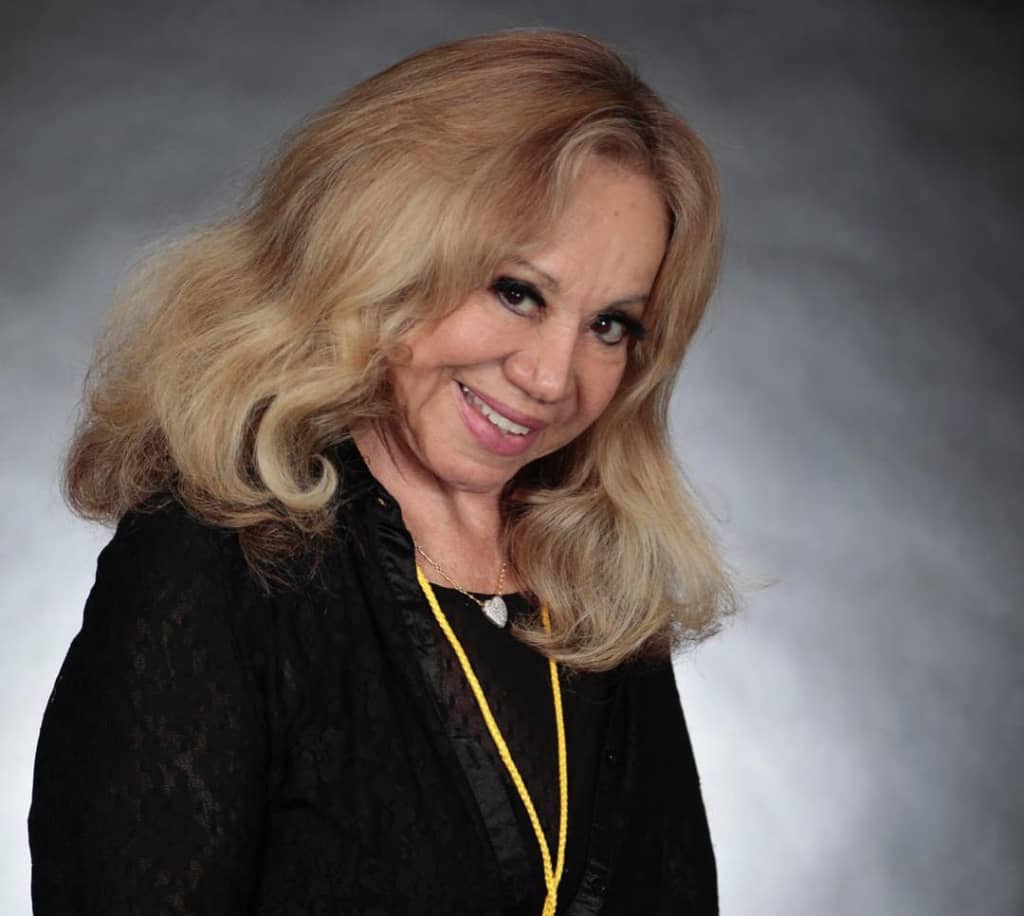 She became more successful in her profession within a short period of time when she was only 24 years old, where she influenced people on the basis of her career and earned a lot of fame.

Her career eventually came full circle as she rose in prominence. Kitten Natividad became well-known for her performances both in her home country of the United States and in other countries.

She is well-known for her 44-inch bust and appearances in cult films directed by her ex-partner, Russ Meyer.

She appeared on The Gong Show and The $1.98 Beauty Show in the late 1970s, both of which, like The Dating Game, was produced by Chuck Barris.

She appeared in a music video in the 1980s for Mitch Ryder’s version of Prince’s song “When You Were Mine,” which he wrote and composed. Kitten Natividad was featured in a Playboy layout titled “The History of Bikinis” in August 2006.

Kitten Natividad was born in Ciudad Juárez, Chihuahua State, Mexico, on February 13, 1948. She was the oldest of nine siblings.

Natividad did not learn to speak English until she was ten years old. Her mother had married a U.S. citizen at the time, and they had moved to Texas.

As far as education is concerned, she went to Ysleta High School in El Paso and was the senior class president.

Natividad moved to California and worked as a maid and cook for Stella Stevens, then as a key-punch operator for IBM before turning to go-go dancing to make ends meet.

Francesca Isabel Natividad is her real name. Because of her shyness, she adopted the stage name “Kitten” Natividad at this time.

On the advice of her agent, she had her first breast implant surgery in Tijuana (where it was legal) in 1969, at the age of 21.

Kitten Natividad, also known as Kitten at the time, was introduced to Russ Meyer by fellow dancer Shari Eubank, who appeared in Meyer’s 1975 film Supervixens. Meyer chose her to narrate his film Up!

She was shown naked in a tree, quoting Hilda Doolittle poetry and acting as a Greek chorus to the absurd action.

Meyer was so taken with her that he wanted her to star in his next film, Beneath the Valley of the Ultra-Vixens, one of Meyer’s many collaborations with film critic Roger Ebert.

Meyer paid for a second breast augmentation and voice lessons to get rid of her accent. Because of the tragic outcomes of her breast enhancement surgeries, she deeply regretted what she was persuaded to do.

During the filming, she left her husband for Meyer, and they lived together for the majority of the next 15 years.

She also appeared on The Gong Show and The $1.98 Beauty Show in the late 1970s, both of which, like The Dating Game, was produced by Chuck Barris.

She appeared in a music video in the 1980s for Mitch Ryder’s version of Prince’s song “When You Were Mine,” which he wrote and composed.

She was featured in a Playboy layout titled “The History of Bikinis” in August 2006. 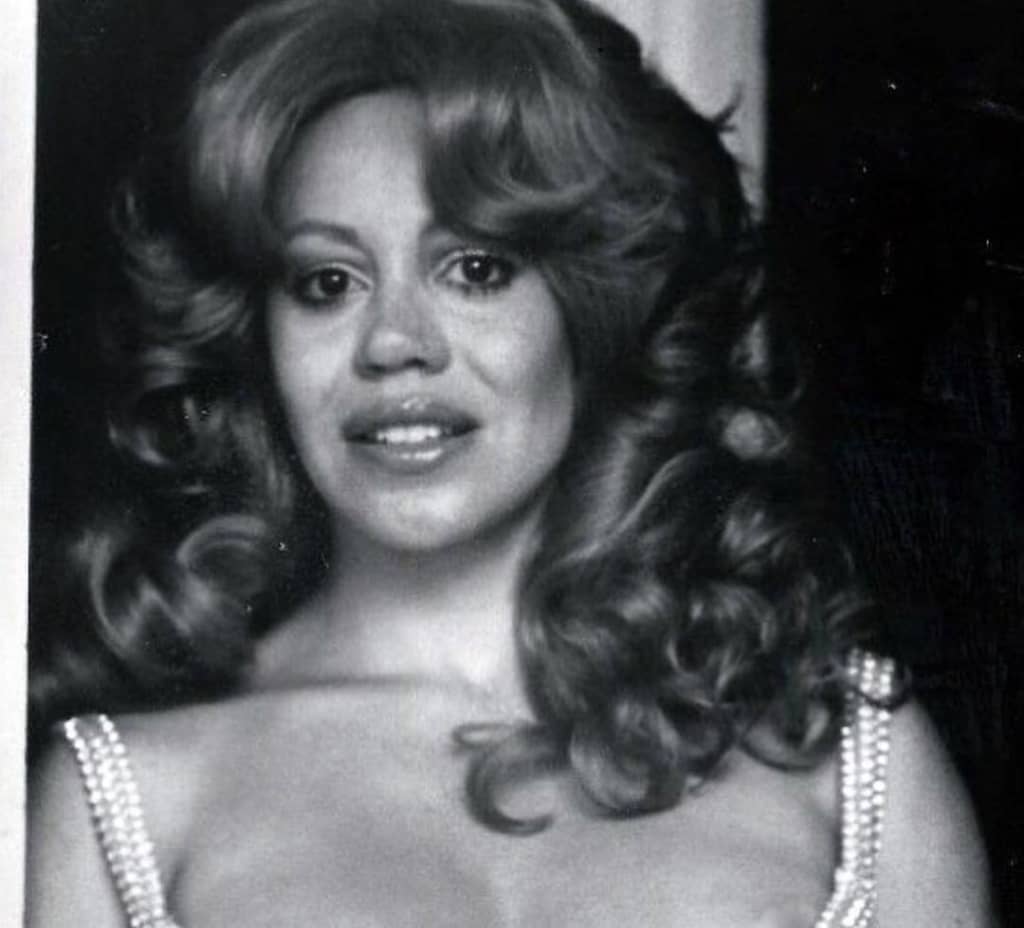 She began her career as a maid for fellow model and actress Stella Stevens before embarking on a three-year tour as a strip-dancer.

Then she met talent scout Russ Meyer, with whom she lived intermittently for 15 years and who apparently paid for her breast augmentation in 1979.

They didn’t marry because her first husband, who was 25 years her senior, refused to divorce her (eventually he did, and she subsequently married, and divorced, three times).

She appeared in a number of hardcore productions in the 1980s and 1990s, but she never performed explicit secs scenes; instead, she would say a line or be photographed topless.

Her wild beauty, personal charm, and sex appeal imprinted her image on the viewer’s mind, often more so than the film stars.

She appeared plump but still attractive in her later films.

In October 1999, she had a double mastectomy to treat breast cancer.

Following the removal of her breasts, it was discovered that the silicone used in her implants during her 1969 surgery was of an industrial grade rather than a surgical grade.

She later underwent corrective surgery, which returned her to the size that her fans remembered her to be.

Her net worth is estimated to be $3 million. The majority of Kitten’s earnings came from her Yeezy sneakers.

While she had exaggerated the size of her business over the years, the money she made from it was real–enough to rank as one of the biggest celebrity cashouts of all time.

Her primary source of income is from her success as an actress, model, and producer.

She is known for her 44-inch chest and appearances in cult films directed by her ex-partner, Russ Meyer.