The film and entertainment industry has given people such fame whether involved in it directly or indirectly. One such person is Makena Lautner.

Makena Lautner is the sister of Taylor Lautner, who is famous for playing the role of Jacob opposite Kristen Stewart and  Robert Pattinson in the Twilight film series.

She only gained notoriety until her brother Taylor appeared in the Twilight series and lived up to his responsibilities.

Makena Lautner is also friends with Selena Gomez, which is evident on her social media handles.

In this article, we are going to read about Makena Lautner’s life story including her early life and some critical phases of her life.

So without any further ado, let’s begin with our readathon.

Who is Makena Lautner?

Makena Lautner is the sister of famous actor and celebrity Taylor Lautner, who played the role of Jacob in the Twilight film series and has also appeared in several series and films.

Taylor and her share a strong bond with each other, some of the pictures of their sibling’s moment have been shared on Makena’s social media handles.

However, Makena chose a different career path than that of her brother. Currently, she owns a blog and is a professional photographer.

Makena Lautner was born on 6th May 1999 and is 23 years of age as of 2022. She was born in Grand Rapids, Michigan, United States, and holds American nationality.

Makena follows the Christianity religion. She was born into a Roman Catholic family to Mr. Daniel Lautner and Mrs. Deborah Lautner.

As mentioned earlier she has a brother as an elder sibling Taylor Lautner who is a famous Hollywood actor and is known for playing the character Jacob in the Twilight film series.

On Makena’s 20th birthday her loving brother Taylor shared a picture on his Instagram account wishing her:

“Happy 20th BIRTHDAY to this cool cucumber who inspires me every single day. One day I hope to grow up as cool as you. Love you more @makenalautner”

She loves playing volleyball now which is the sport she loved in high school as well. As a volleyball player for her school’s varsity team, she has continued to play.

Later, she joined Belmont University to continue her further studies. She is affectionately referred to as Mac by her family and friends.

She learned she had a very unusual cardiac ailment tachycardia, a condition which according to her causes her heart rate to go over 300+ bpm when she was a teenager.

The cardiologists claimed that they only saw one or two individuals with such instances each year.

In 2015, she underwent her initial cardiac operation. During this crucial period, her brother was by her side. She underwent a second heart operation in 2018.

Makena published the image after her second heart surgery along with her account of her experience on August 10, 2020. Her life’s scariest and most unforgettable day was both that one.

After Makena’s heart surgery was successful in Children’s Hospital Los Angeles on Friday. Her loving brother Taylor shared a picture on his Instagram account.

“2nd heart procedure is finally a MASSIVE success. Couldn’t possibly look up to this little/not-so-little girl anymore. You are much braver than I @makenalautner. Love you so.”

Taylor captioned the Instagram photo, which shows him kissing Makena on her forehead. 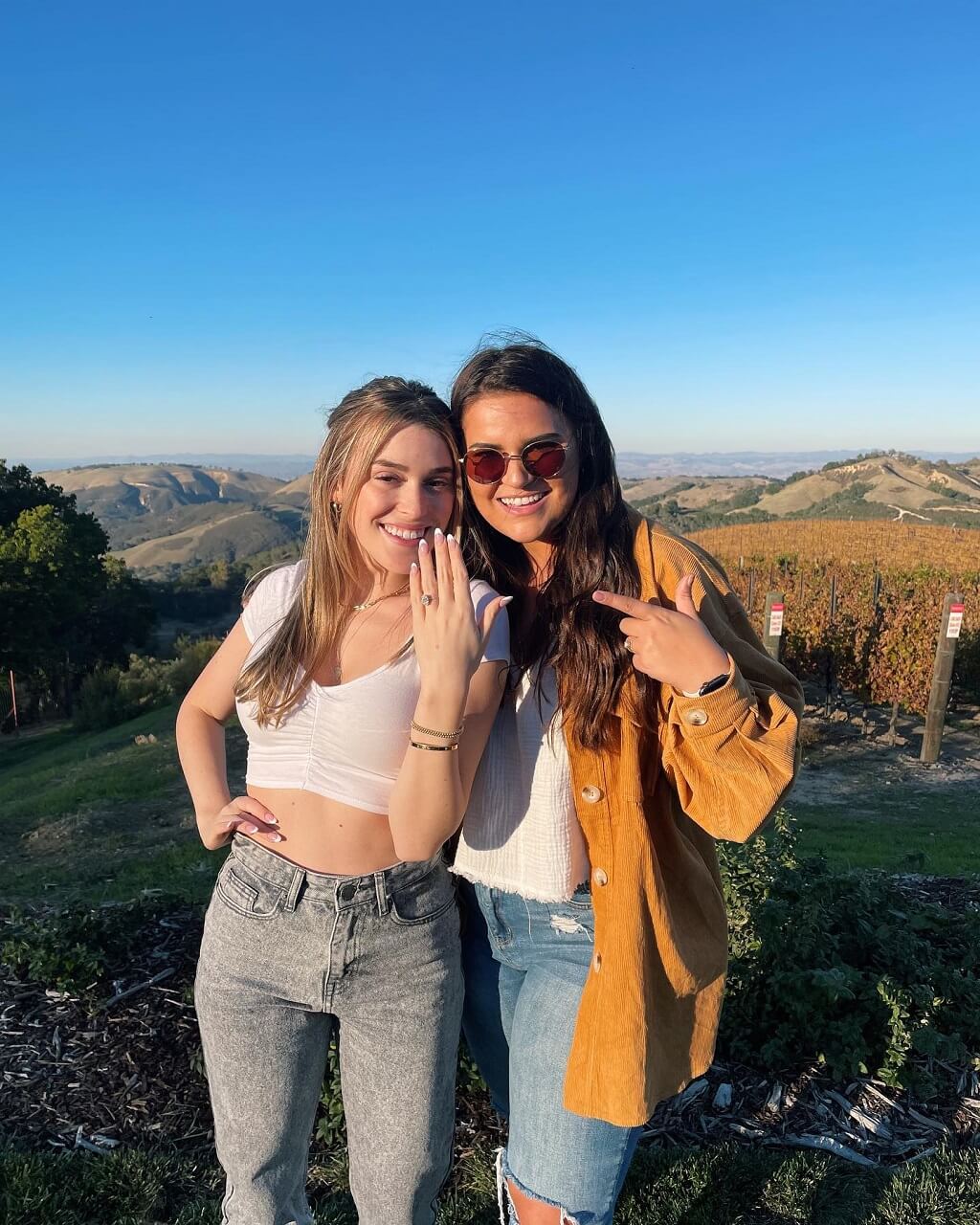 Makena Lautner didn’t choose the career path as her brother’s. She is a professional photographer and has her own online service business.

Her website is https://www.makenalautner.com/ where she made an impressive portfolio and has her blog based on recipes, outfits, wedding themes, and lifestyle.

Here is the description on her About section of the website:

“I have always had a passion for people. Human connection is something that brings me so much joy. So- I wanted to create a space online that brings others together.

Whether you love learning about new beauty products, trying out new DIYs, or just looking for some binge-worthy content to watch, I hope you can find it here!”

“My name is Makena. A few noted things about me are that I am 23 years old, married to the love of my life, and have 2 puppers. That’s life, isn’t it? Haha.

We love to capture our lives through a lens to be able to connect with others as well as to be able to look back on sweet memories years from now. We hope you join us along the ride!”

She is doing great and also has an attractive social presence on Instagram where she was 161K followers as of 2022.

Makena Lautner is happily married to her love of life Jacob Moore. They married on May 3, 2020.

While her spouse went for a blue suit, Makena donned a white gown. The couple proposed in April 2019.

She undoubtedly has the most passionately romantic boyfriend on the entire planet.

Makena Lautner estimated net worth is $1 million approximately as of 2022. She lives a comfortable life with her family.

She has not revealed a lot of things regarding her financial things. That’s why you might not get further things about her financial life.

Makena Lautner is a beautiful and charming young woman. She has light brown hair with mesmerizing eyes.

The beloved sister of Taylor Lautner is 5 feet 8 inches approximately (172 cm or 1.72 m). Thank you for reading this article about Makena Lautner. Feel free to share your thoughts in the below comment section.

And we hope to see you soon until then take care and stay sane.

Next Read: Who is Kendall Vertes’ sister Charlotte Vertes?