Here is the biography of Maluma who is a great singer. He has achieved a lot at a very young age. Till now he has released five albums and would release them further.

He is also an inspiration for many upcoming singers. He directly or indirectly influences the people of this world with his inspirational story. Let you also know him closely by taking a dip in his biography. 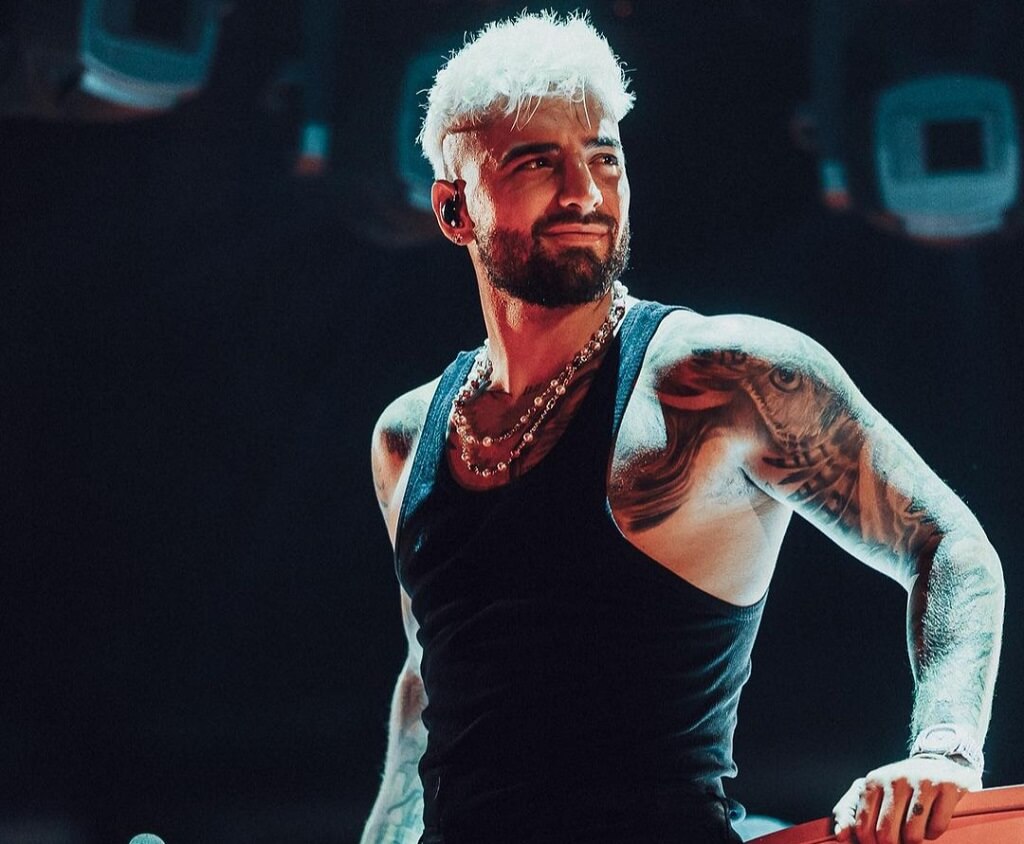 Maluma is a Colombian singer and songwriter. He is widely famous for his attractive voice and amazing performance on big stages. The man has achieved a lot at a very young age. In fact, he began recording songs when he was just 16 years old.

This is why he is that successful and why he is different from others. Maluma is no less than an inspiration whose story is enough to change someone’s life.

Maluma is one of the best-selling Latin music artists. Further, he was nominated for various awards including Best New Artist at the Latin Germany Awards. Also, he has won more awards and nominations in his career.

Maluma was born on 28 January 1994 in Medellín, Colombia as Juan Luis Londoño Arias. Maluma grew up with his older sister. In his early life, he was showed a keen interest in football as a result, he played as a toddler through middle school, competing in the lower divisions in the teams Atletico Nacional and Equidad Sports Club.

But on the other hand, Maluma enjoyed music a lot. During high school, he was recognized for his melodious voice. He was always supported by his school friends in his musical career.

Maluma along with one of his close friends, composed a song titled “No Quiero”. After that, he received a golden opportunity on his birthday which was his uncle’s offer to record in a studio.

Maluma began his musical career in 2010, and he started with recording singles. One of his songs, “Farandulera” became a radio hit. Therefore, he was invited by Sony music to record his first studio album.

In 2012, Maluma released his first studio album, named Magia. At the Antioquia Department Railway Station, the video for the single “Obsesión” was filmed and the model was Lina Posada in this series. Amazingly, the video has more than 185 million views on YouTube. Album also consists of other songs which were released afterward, namely “Miss Independent” and “Pasarla Bien. 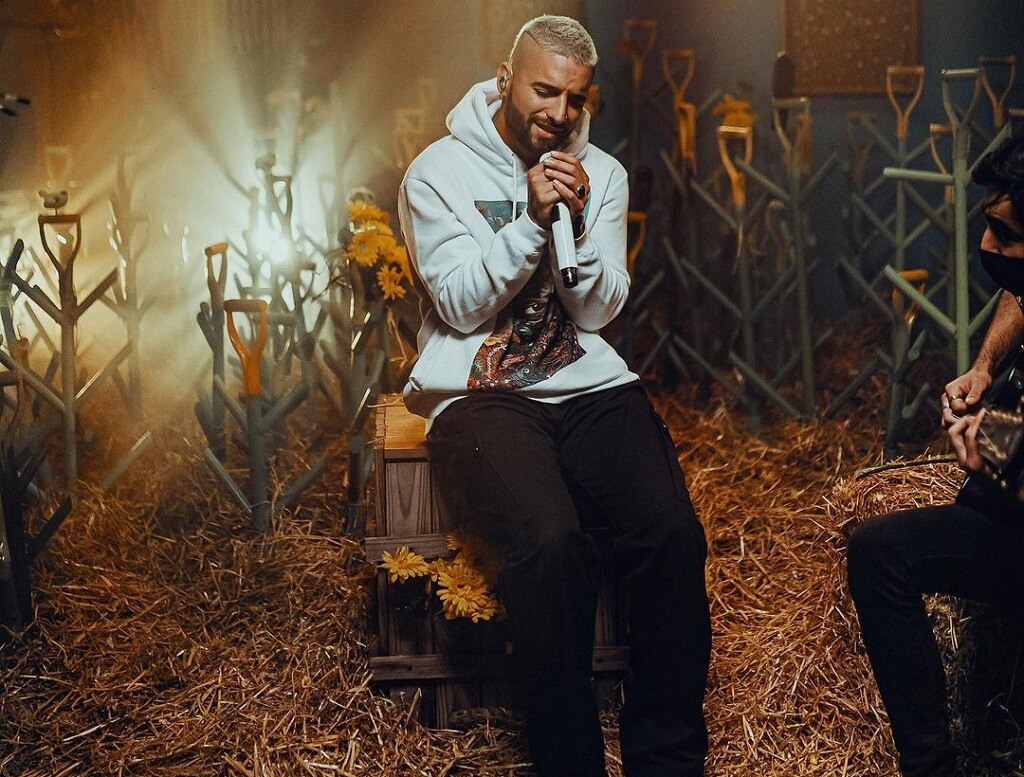 In the year 2012, Maluma was nominated for a Shock Award as “Best New Artist”. Next Year, Maluma’s song “La Temperatura” is listed at the number seven on the National-Report charts.

On 16 July 2014, Maluma was seen at the 2014 Premios Juventud, where he also performed his song “La Temperatura”. The year 2014 was a blessed year, in July Maluma was selected as a judge/coach on Caracol Television’s for The Voice Kids, alongside Fanny Lu and Andrés Cepeda.

In 2017, one of his top hit singles “Felices Los 4” became the fifth top 5 on the Hot Latin Songs chart. The music videos of both songs have over 1 billion views on YouTube. Maluma also recorded a Spanish volume of his song “Colors”, which was based on one of the theme songs of the 2018 FIFA World Cup.

On 18 May 2018, Maluma’s third studio album F.A.M.E. was released. F.A.M.E. stands for “Faith, Alma [Soul in Spanish], Music & Essence”. In 2019, Maluma appearing on the songs “Medellín” and “Bitch I’m Loca” where he collaborated with American singer-songwriter Madonna, for her album Madame X.

On 17 May 2019, Maluma released his fourth studio album 11:11. To promote the album, Maluma went for an 11:11 world tour between May 2019 and September 2020. On 21 August 2020, Maluma surprise-released his fifth studio album, Papi Juancho. The second single from Papi Juancho, “Hawái”, became a commercial success at that time.

On 29 January 2021, Maluma released an EP named 7 Días en Jamaica (#7DJ), which featured seven songs along with their music videos on his YouTube channel.

He claimed that “We have a great time together, we have fun, we love each other, and we also support each other…I think those are the fundamentals. It’s the most important thing.”

“Right now, we’re dating. We like what we have, I like her company, and she supports me and loves me, so you’re all seeing me like never before.” 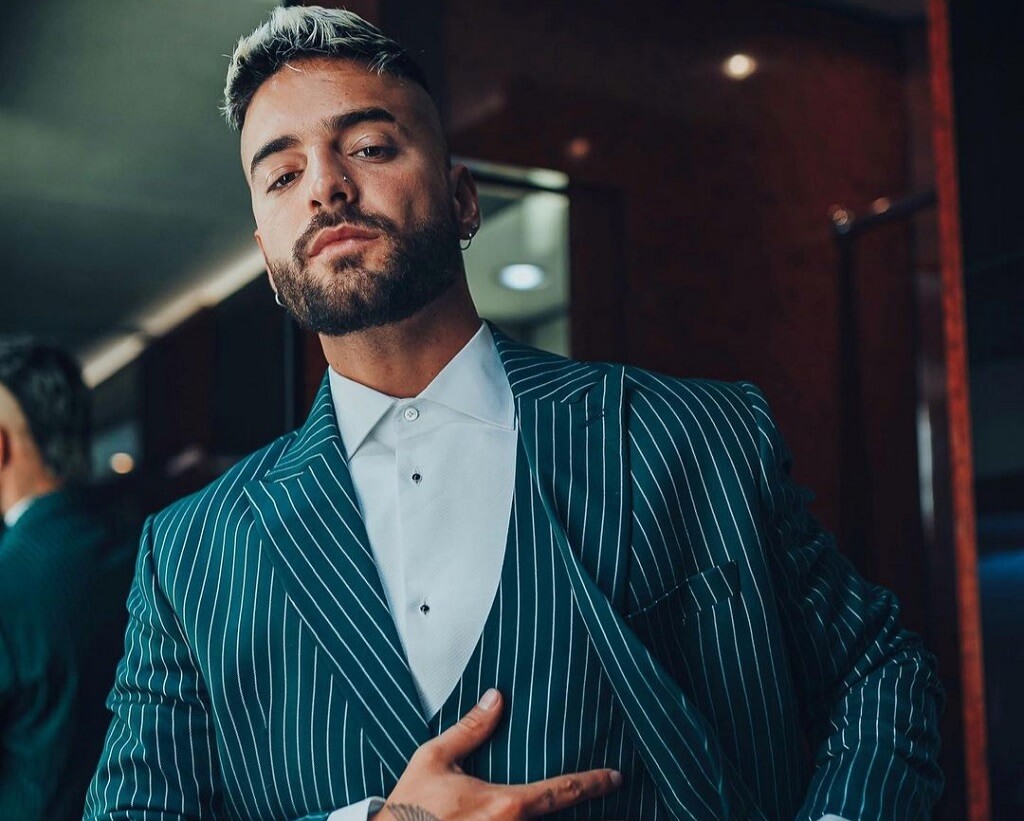 Unfortunately, Maluma and Natalia Barulich broke up in 2019 because she was not happy. However, his fans have still some doubts about the reasons as they believe that they broke up for some other causes. Well, Maluma is now single and has no girlfriend.

Right now, he is single.

Maluma is widely famous who doesn’t hold thousands of followers, but millions of. The man has achieved millions of followers marks on his various social media handles. This is why he is considered the best singer and why he is famous across the world.

If we take a look at his various social media handles, we would be amazed at his follower numbers. Take a look at it below:

The estimated net worth of Maluma is $5 Million USD. He has earned such a huge amount through his career as a singer. The man is not successful casually, but also financially. He holds all the potential of living a luxurious life in his own way.

The name Maluma is a brand in itself. For his single appearance in ads, he could charge over thousands of dollars. And even he earns a lot by doing brand promotions and paid advertisements. At all, the singer is stronger financially and has enough capital to live his life like he never before.

Maluma was born and grew up in Columbia. As a child, he was a music enthusiast and had always shown a keen interest in it. Thus, he followed his passion until he achieved that. And today, we all know him as one of the bests singers and songwriters.

His hard work paid him accordingly and led him to the peak of his success. Maluma is now a successful man and this is enough for him.

Who is the Famous Nigerian Singer Sinach?

I hope you enjoyed reading his biography and enjoyed it at some point. If you like, let us know with your valuable feedback below.