Michael Tyler Kittrell is better known as Michael Copper or by his username Copper cab. He is the titular protagonist of the channel of the same name. He is an American television and internet personality.

He is best known for his work in the Reels reality series Hollywood Hillbillies as well as for his YouTube video, GINGERS DO HAVE SOULS!! Who is this ginger-haired, boisterous young man? Well, read his biography to find out!! 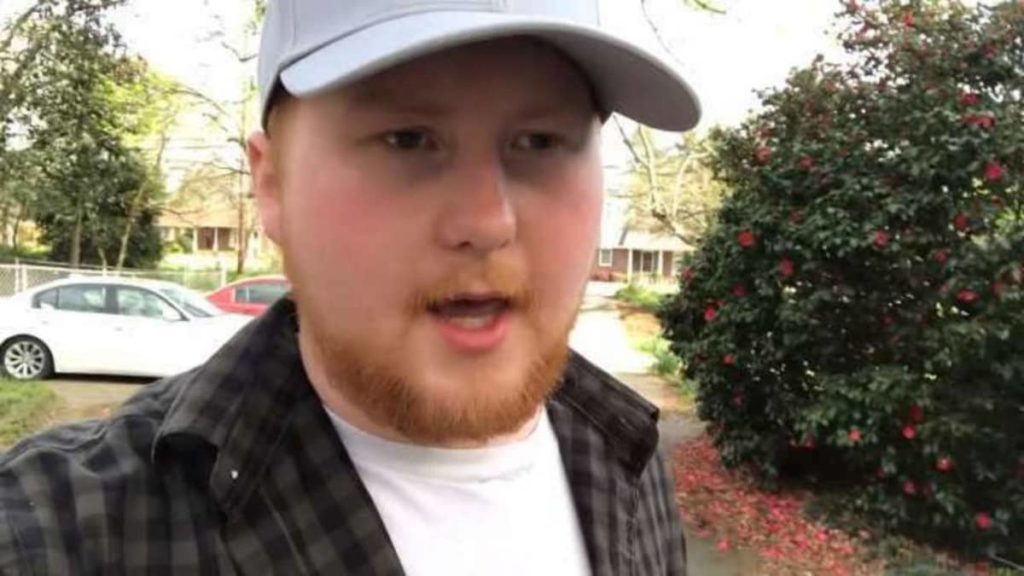 Michael Tyler was born in Grayson, Georgia on October 30 1992 to Elecia Lynn and William Roy Kittrell. His mother struggled with alcoholism and passed away when Michael was just 12 years old.

Michael’s father left the family shortly after and Michael was primarily raised by his grandmother who he refers to as Mema. Michael was born and raised near Atlanta and describes his childhood as wonderful. He told Metro

I lived in a house where I truly believed in magic”, he remembers, not like Wiccan bullshit (not to discriminate in people who believe in that) but magic like Santa Claus, the Easter bunny, and the tooth fairy.

He went to Grayson High school. As he got older, his house began to get more and more dysfunctional.

Kittrell created his YouTube channel, Copper cab on January 14, 2010. On the same day, Kittrell posted his first video online entitled, “Gingers do have souls!” On April 18 2011, he created his Copper vision channel.

Then on January 21, 2014, Kittrell got his own reality series titled “Hollywood Hillbillies”, in which he, Mema (his grandmother), and his entire family move from Georgia to Los Angeles, California.

He created a channel for his grandmother, where he would produce videos of her sitting in a rocking chair on the front porch of their house in Grayson, GA

His third rap video, “Hotel Parties” was released on March 9, 2015. In January 2020, he released a video, “GINGERS STILL HAVE SOULS” in honor of the tenth anniversary of his channel. As of August 2021, his YouTube Channel (Copper Cab) has over 338000 subscribers.

On September 26, 2015, Kittrell announced he was getting engaged with Karah. Also, Michael announced that he was due to be married on February 14, 2016.

In August 2016, he came out as a transgender woman under the name Claire Kittrell and tweeted that she has been undergoing hormone replacement therapy to transition. In the video tagged as #Trans hide, Kittrell explains that he’s no longer going to hide, even though he knows most of his subscribers will either think he’s joking or will make fun of him. He has two pet ferrets he loves to play and cuddle with. However, he says if he has a daughter in the future, he’s going to name her Max.

He is a hardcore Runes cape fan and has played the game since March 2001. He s proud of his Ginger hair and says he’s proud of being a ginger.

“If I go out dressing, I feel terribly awkward because of my facial hair as I’m teaching myself to let go. I’m getting out of the mindset that it’s not about my appearance but how I feel.

I hadn’t made a video I like six or seven months. I had let everything die down on my YouTube channel and I was trying to get away from the Internet because there was so much negativity.”

“I went from an angry kid bullied at school to a kid being laughed at by millions across the world. What’s a few more people staring at me on the street gonna really do?

Kittrell earns most of his income from starring in reality series, sponsors, and advertisements on his YouTube channels. Earnings on YouTube are difficult to calculate because they depend on so many things, however, on average, one million views on YouTube bring about $2000. In the present day, all his channels have over 130 million views which mean about 260000.

Bearing this in mind, Michael Kittrell has an estimated net worth of $0.4 million.

Michael Kittrell’s persona is somewhat of a mystery, he likes to keep people guessing. He is not only a famous YouTuber, but he’s also a musician, though not a serious one. He had dealt with a lot of bullying about his hair color. However, he turned that bullying into a cause for his YouTube channel and is now viewed by millions.

This shows we should treat our shortcomings as stepping stones, as he did.

Next to read: Who is YouTuber Elissa Victoria