Big Meech’s sister, Nicole Flenory with her husband and kids resides in Lincoln Park, Michigan. She has been residing away from BMF’s spotlight.

Nicole’s brothers Big Meech and Terry Flenory founded “The Black Mafia Organization” (BMF), known for its involvement in the trafficking of illegal drugs and money laundering in the United States.

The Continuing Criminal Enterprise Statute resulted in the 2005 sentences of both brothers, who each received a 30-year prison term.

Nicole Flenory had a rough childhood along with her brother Big Meech. She in an interview revealed how they went the wrong lane just because the situation in their life made them choose the wrong path.

In this article, we will read about Nicole Flenory life story including her early life, the life of her brother Big Meech and her career.

So let’s not make any further delay and proceed with our readathon.

Who is Nicole Flenory? 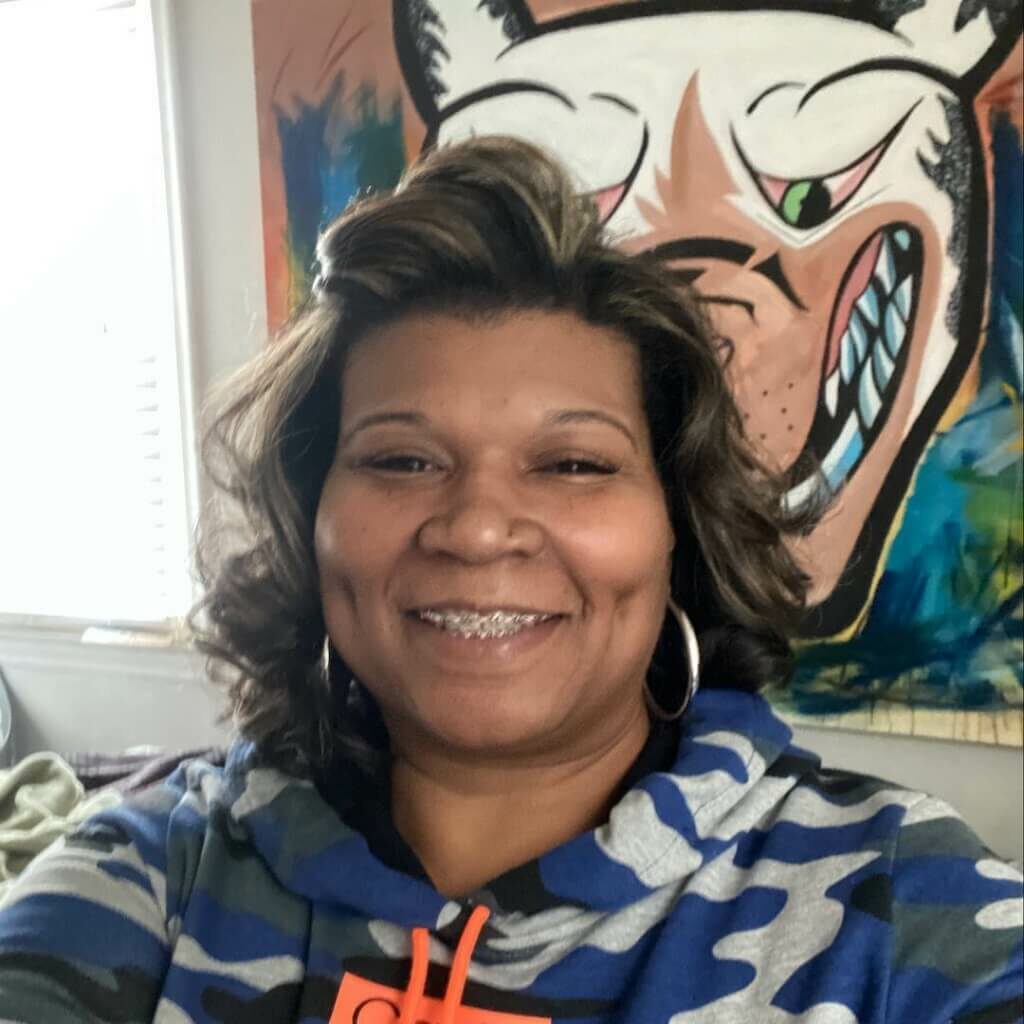 Nicole Flenory is a well-known American interior decorator and designer who is primarily known for being BIG Meech’s younger sister, an infamous drug dealer, and a rapper in the country.

Before her portrayal in the crime drama television series Black Mafia Family, which is based on the real-life adventures of Big Meech and his brother Southwest T, nothing was known about her among the general public.

Nicole has declined to work with her brother’s criminal enterprise.

Living in Lincoln Park, Michigan, in the United States, Nicole is happily married and has two adult boys. Study up on her here.

Nicole Flenory was born on 18th October 1974 and is 48 years of age as of 2022. She was raised on Dartmouth Street in Detroit, Michigan, where she was born to Charles Flenory and Lucille Nicole Flenory.

Nicole is both African-American and of mixed ancestry.

Along with her brothers BIG Meech and Terry Lee Flenory, she was reared by her parents, who are ardent Christians.

Nicole completed her elementary education in her hometown, but it is unknown if she went on to complete her secondary education because she was successful in keeping this information secret from the public.

Nicole’s Rough Childhood Along With Her Siblings 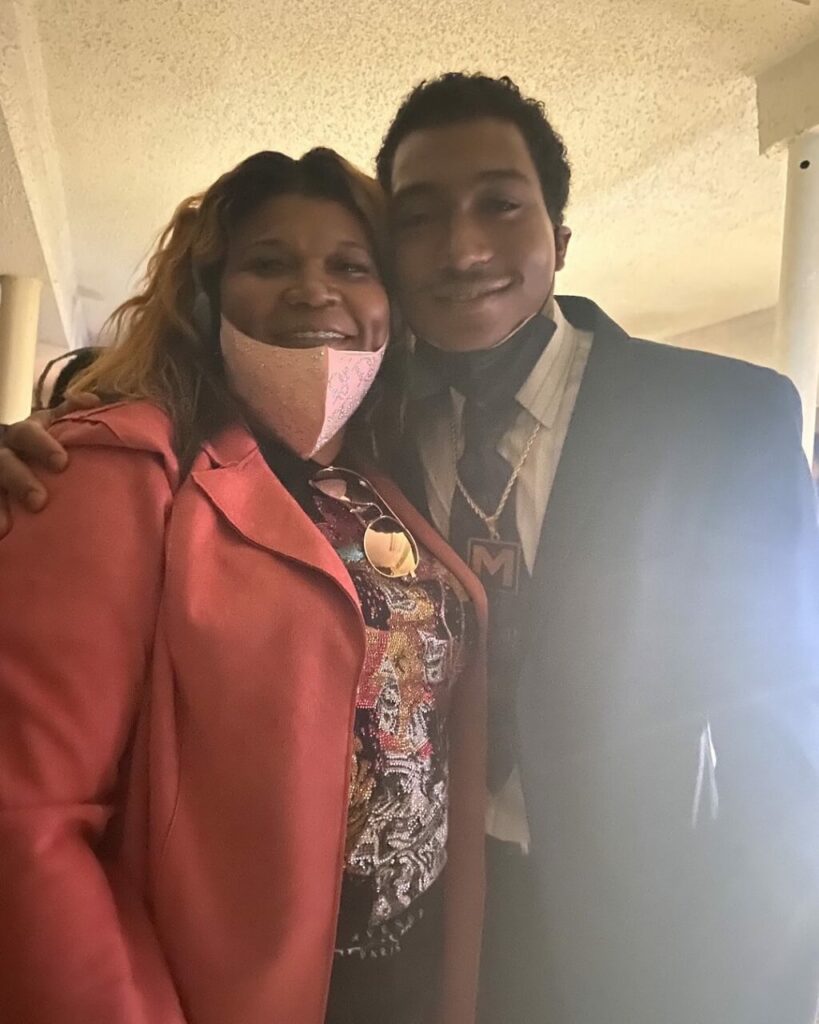 In their native Detroit, Michigan, Nicole and her brothers had a difficult upbringing. According to her older brother Big Meech, they came from a deeply devout but financially challenged household.

“To pray is to have faith that God will help you or show you that way to help yourself, faith without works means nothing, so after many nights with gas and lights off and going to school with holes in the bottom of my two for $15 Payless shoes, and my brother and I wearing the same clothes every day.”

Meech once explained the family’s situation to All-Hip-Hop during an interview.

Due to the ongoing issue during their teenage years, Big Meech and Southwest T began selling drugs even when they were still in high school.

Meech continued that interview by stating that his brother and decided to sell narcotics due to the non-violent aspect of the crime:

“My brother and I needed some quick cash, so we hit the streets and found a method to do it without robbing or killing anyone.

It was a straightforward case of supply and demand.” Despite the pressure, Nicole refused to participate in their nefarious company and has upheld her Christian beliefs since she was a teenager.

The American television network Starz premiered the crime drama television series The Black Mafia Family (BMF) Series on September 26, 2021. Since then, it has already received an early renewal for a second season.

The goal of the series was to portray Big Meech and his brother Terry Flenory (Southwest T) in all aspects of their lives, including their drug dealing, money laundering, and thriving record company.

The executive producer of this TV show is the well-known American rapper 50 Cent.

Nicole posted pictures of the pricey and elegant Branson Liquors 50 cents gift that was given to her in recognition of her contribution to the BMF TV show.

Young Nicole Flenory was portrayed in the series by rising star Laila D. Pruitt. Laila is a 17-year-old American actress from Atlanta, Georgia.

She started her acting career at the young age of five, co-starring in the 2012 film Flight with Denzel Washington.

Nicole Flenory has grown in her career as an interior designer and decorator. She has been in the industry for a long time and has managed to make a reputable position in the industry.

Apart from this, there isn’t anything available about her professional life. She is also active on social media platforms like Instagram where she shares her life insights with the world.

Although Nicole Flenory is married, no one has ever stated her husband’s name. Demetrius Steele, her oldest child, is a 28-year-old man.

Steele works for the Big 3, is a chef, and is an entrepreneur. She also has another son, Dillan Steele, who is an outspoken supporter of Big Meech’s release.

Nicole Flenory’s estimated net worth is unknown. Or, more accurately, she hasn’t yet disclosed her net worth online.

Nicole Flenory has a pleasing appearance with adorable dimples on her cheeks. She has a dusky complete with a warm skin undertone.

Flenory has short-length hair with braces on her teeth. However, there’s no information available about her height and weight as of now.

Thank you for reading this article about Nicole Flenory. Please share your thoughtful insights in the below comment section.

Next Read: Who is Gaten Matarazzo’s sister Sabrina Matarazzo?