Pierre Boo is a TikTok creator who has gained over 12 million fans on his @itspierreboo account since joining the platform in the Summer of 2019.

He often posts videos alongside his boyfriend Nicky Champa.

Pierro Boo became extremely popular due to his cute looks and he became well loved by the English audience too. They appreciate his cute pronunciations of English words and support him.

Pierre and Nick together became more successful and famous after they started their own channel. They are open about their sexuality and often kiss on-screen.

Who is Pierre Boo? 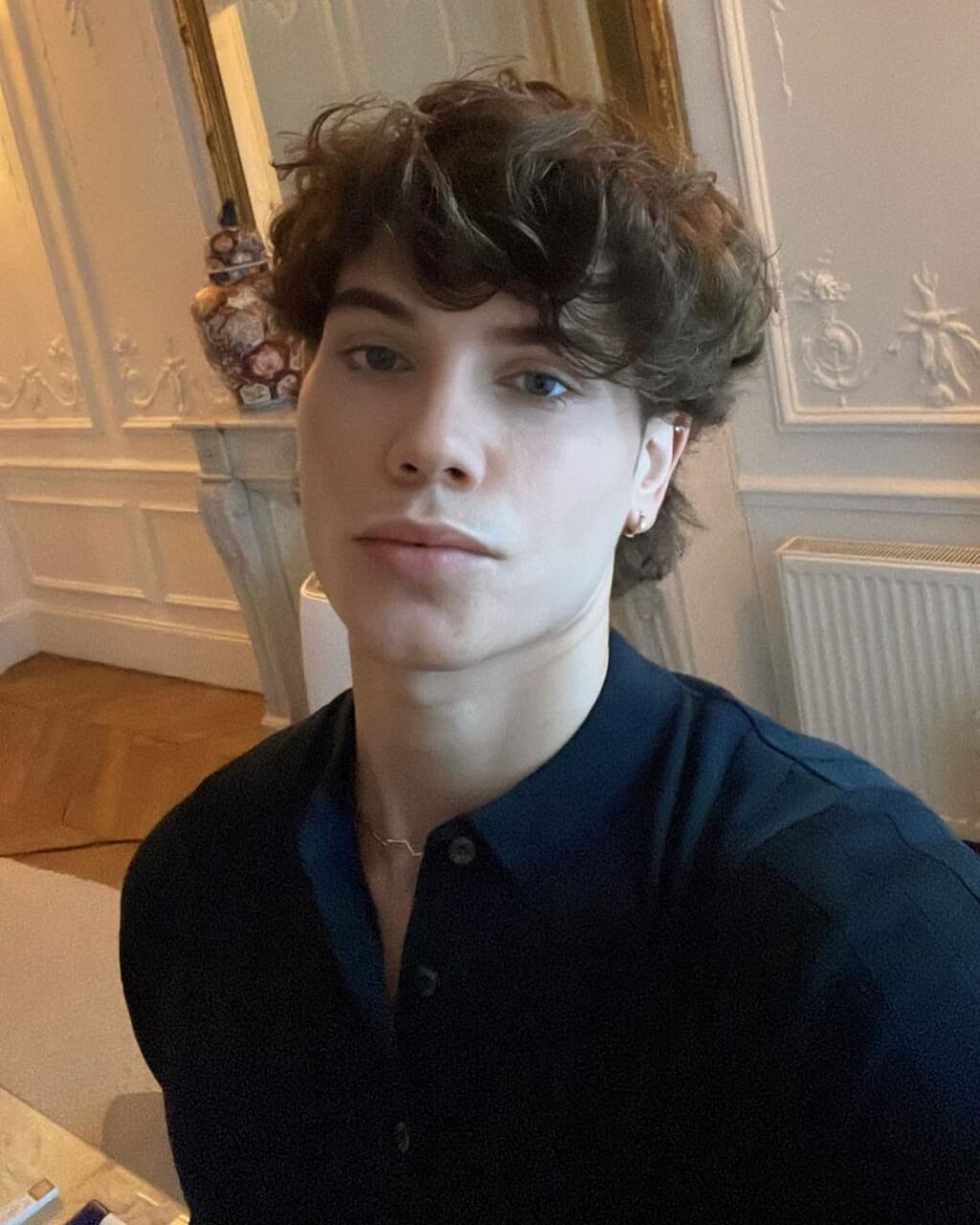 Pierre Boo is a French social media influencer who is known for his comic and lip sync videos on TikTok.

He is also known for his youthful looks though he is 36 years old.

In fact, that is one of the first things that people notice about him when they watch his videos on YouTube or TikTok. His chiseled body and youthful looks have earned him a lot of female fans.

He is a French national and grew up there. He is also of white ethnicity and is a follower of Christianity.

His mother, Virginia Crespeau, and father, Jean-Pierre Crespeau, are both French nationals. Pierre has two brothers named Arnaud and Giancarlo. He also has a sister called Marie-Sophie.

He is a high school graduate but it is not known whether he has attended college or not. 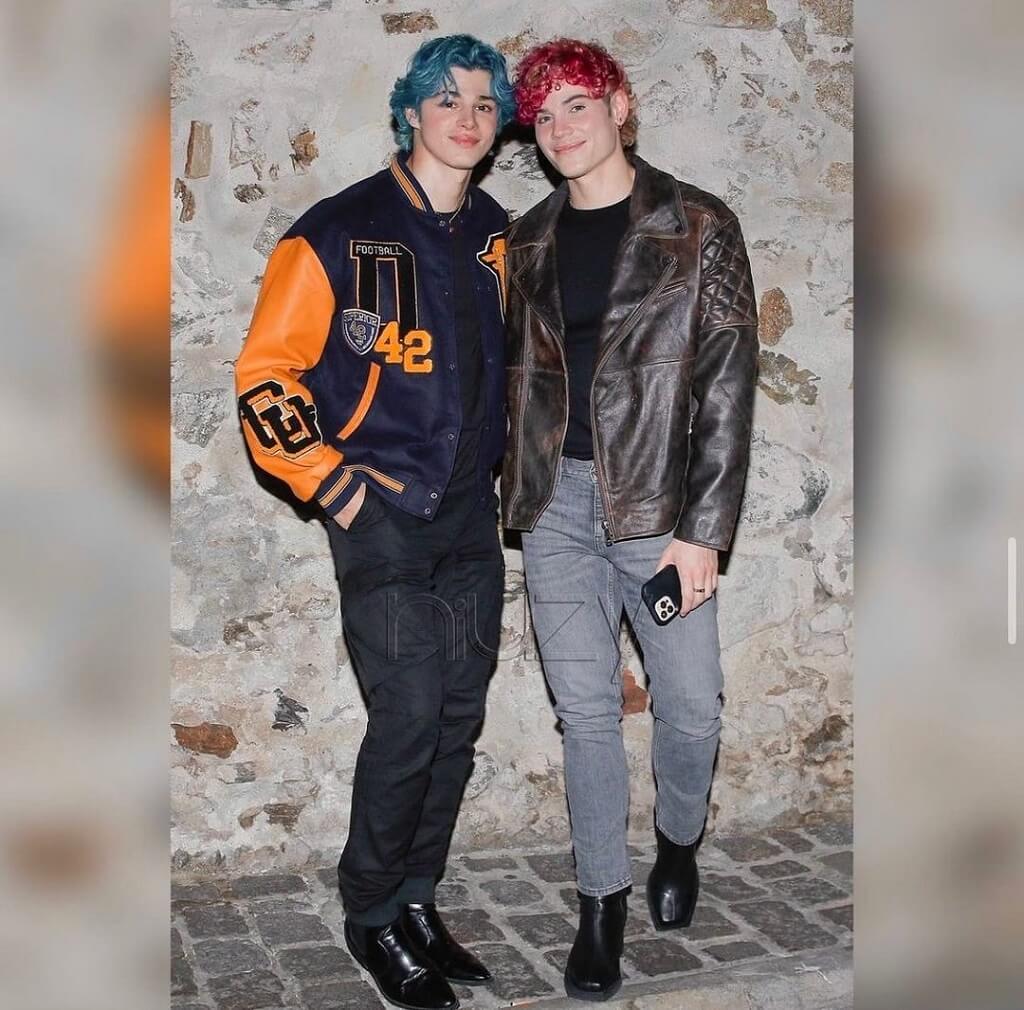 Pierre Boo was interested in acting and modeling at a very young age. His first social media experience began with Instagram in 2014.

It was full of his modeling photos. Since it was in a private setting, not many were familiar with Pierre.

He decided to move to the USA to pursue an acting career.

It was in 2017 that he met Nicky Champa during an audition for a movie.

Since their acting career was not taking off, they decided to focus on the social media platform where they started sharing their relationship journey on Instagram and they soon started getting lots of followers.

In 2019, Pierre decided to jump on the TikTok bandwagon. His TikTok content consists of lip sync, pranks, dancing, and comedy videos. He often collaborates with his boyfriend to make entertaining videos for his fans.

Pierre is well loved by everyone both the American and French audiences.

His TikTok videos were loved for being entertaining, engaging, and original. Today he has more than 11 million TikTok followers.

His boyfriend, Nicky Champa, is also hugely popular on TikTok. Together they have more than 20 million followers on TikTok alone.

They are recognized on the road and people stop and ask them for autographs. They both are extremely kind and nice people.

Most of his TikTok videos have become viral. One of his videos on TikTok has garnered more than 190 million likes.

He and his boyfriend are popular amongst teens, but they also have a strong following amongst mothers. Their followers love their youthful looks and movie star personalities.

Once he started getting followers on TikTok, he decided to expand his social media footprint.

Pierre Boo had been active on YouTube since 2017, but he hit a jackpot when he and his boyfriend started their YouTube channel called, Nicky and Pierre, in 2020.

Here their fans get a chance to watch them pull pranks on each other, do question and answer sessions, move into their new apartment in Los Angeles, read out their moms’ texts, and more.

People love their chemistry and original content and today they have more than 800K subscribers on their YouTube channel.

Their video titled Sweatshirt Prank on My Boyfriend (Gone Wrong) has garnered more than 5 million views.

Pierre and his boyfriend are working on creating their own fashion brand targeting people from the LGBTQ community.

Pierre is in a relationship with his long-time boyfriend Nicky Champa. They had met at an audition for a theatre and fell in love at first sight.

Pierre is known for his American boyfriend, Nicky Champa. They have a YouTube channel called Nicky and Pierre, where they give a glimpse of their daily routine and even share incidents with their mothers.

Their joint account very cutely portrays their relationship and they seem to be very fond of each other even though they have an age gap of 9 years.

Nicky and Pierre are one of the most popular gay couples on social media. They do not hide their sexual orientation from their fans.

The estimated net worth of Pierre Boo is more than 1 million dollars.

All his earnings come from social media platforms.

He has his own channel on nearly all social media apps. Also his channel along with her boyfriend Nicky Champa also earns a lot of money for them.

They both live a very comfortable lifestyle and have a philanthropic nature.

Pierre Boo has an extremely fit and chiseled body at a stunning height of 6 feet 1 inch or around 189 centimeters (1.89 meters) and has a weight of around 76 kilograms or nearly 167 lbs.

He has beautiful brown eyes and frequently dyes his hair in different colors.

Boo underwent facial surgery to change the structure of his cheekbones. It was plastic surgery that made his face appear more symmetrical.

However, it is his extremely humble nature that makes people fall in love with him.

Hope you enjoyed reading about the social media sensation who stands for the LGBTQ community. Thank you for reading this article about Pierre Boo.