She is only famous because she married the NBA star, Stephen Jackson. But if you thought little of it, it is neither easy nor insignificant.

Once being a commoner to rise to quick fame and manage and sustain it is no small feat. Renata Elizabeth has done it all.

She dated, married, became a mother, and unfortunately divorced also from the star basketball player Stephen Jackson. She pretty much saw it all.

Keep reading to know it all.

Who is Renata Elizabeth White? 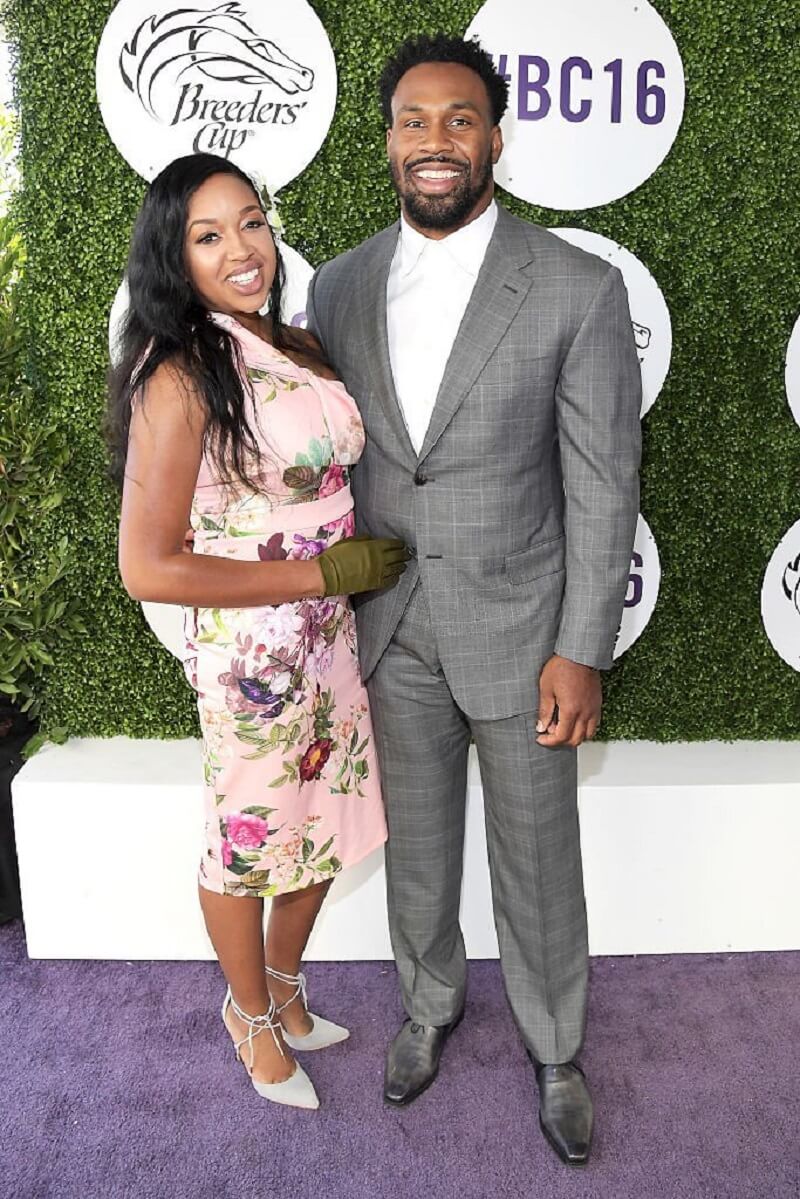 Skylar Jessie Jackson, the gorgeous daughter of Renata and her spouse, is their only child. The infant was born on February 10, 2014.

In 2009, Stephen wed Renata in Houston, Texas, in a grandiose ceremony. The couple also spent their honeymoon in Hawaii.

In Atlanta during a picnic in 2004, she met her spouse. Additionally, White is the NBA player’s second wife. Following almost four years of marriage, the couple divorced.

There is not much information regarding her parents or siblings.

Renata had both her elementary school and high school education at local schools in the neighbourhood of Georgia.

She received her bachelor’s degree from the University of Georgia.

Renata Elizabeth White’s career achievements do not make her famous. Her marriage to renowned basketball player Stephen Jackson helped her acquire some recognition.

Renata was also carrying Jackson’s child, but she miscarried.

They divorced after a short-married life together. Some of the events that led to their divorce her miscarriage, a burglary at their mansion and Jackson’s selling of a Bentley car.

Three masked males entered Renata White’s South Charlotte, North Carolina, house in July 2010. Jackson, White’s spouse, was reportedly absent from the town at the time of the event, according to police records.

Early in the morning, a thief held White at gunpoint and stole all of his costly possessions, including jewellery, a 9 mm revolver, a stun gun, and a number of Louis Vuitton wallets.

White was later locked in the bathroom, but fortunately, the intruders did not harm her.

Police later said that they had no idea how the criminals entered such a gated community, but they also claimed that the crime was not random and likely targeted Stephen Jackson.

When they met to separation

White met her husband in 2004 while attending a picnic in Atlanta. Because he was shy, Stephen sent buddies to speak with her instead of approaching her himself.

Renata was expecting their first child in 2013, but the birth was difficult and had an impact on the adorable couple. Speaking about the child, Jackson said: ‘It was a difficult circumstance.

“Frustrating, and I’m still not over it. “My wife is also not doing well. My goal now is to help her. I also need to help myself since this was a child, we were both expecting.”

After White claimed that Jackson had sold her Bentley behind her back, their divorce settlement took a nasty turn.

She claimed that Stephen had mocked her in a text message with regard to the selling of Bentley in a court clarification.

As per her, a text message Jackson send to her reads as follows,

“Clearly u make a lot of decisions without me. So, I sold [the Bentley] for what I pay for it. U can get something else. I will spend it all before I let u take it and spend it on another n**ga or bitch. I worked to hard and give u to much to be treated like a guest and not a man. F*k dat. I will get to the bottom of all this disrespect. I’m wit the bulls**t”

American basketball star Stephen was born in Texas in 1978. He was raised by his mother Judyette alone.

Stephen volunteered at his grandfather’s Port Arthur restaurant when he was a little boy. The half-brother of Jackson passed away at the age of 16 from brain injuries sustained in an assault.

Stephen developed into a successful basketball player as a child, and among other NBA clubs, he has played for the San Antonio Spurs and the Los Angeles Clippers.

Five children were born to the former NBA star from five different moms. One of Stephen Jackson’s children was born to his ex-wife Renata Elizabeth White.

He left Melissa Showalter at the altar because she refused to sign a prenuptial agreement, despite the fact that they had two children together.

Despite not being allowed to visit his kids, the NBA legend has paid millions in child support.

Jackson led the Spurs to an NBA title in 2003. Jackson emerged as a visible activist and spokesman for civil rights during the Black Lives Matter movement.

Renata Elizabeth White has a net worth of $2 million and As of 2022, Stephen Jackson’s net worth stands at $20 million.