Who Is Salman Khan?

Salman khan (in full, Abdul Rashid Salim Salman Khan) is a top-rated Indian actor. Owning immense popularity, he often called Bhaijan and Sallu. Despite an actor, he is also a film producer, television presenter, singer, and philanthropist. However, khan likes to do paintings and has gifted many paintings to Amir Khan. Khan owns a charity, Being Human Foundation, which mainly focuses on education and health care.

Khan made his acting debut in 1988, with the film, Biwi Ho To Aisi. He has received various awards, including two National Film Awards and two Filmfare awards. Khan has a huge following community along with Asian countries. However, he has more than 34 million followers on his Instagram profile. According to the Forbes report of 2018, khan has a net worth of US$ 37.7 million.

Salman Khan was born on 27 December 1965 in Indore, Madhya Pradesh, India. His father, Salim Khan, is a famous producer and screenwriter. His mother, Sushila Charak, is a housewife. The relationship between khan’s father and mother was not too long. They shortly took divorce and later his father married Helen.

Khan’s stepmother, Helen, is a renowned Indian film actor and a dancer. However, khan sometimes also lives with his mother without any fluctuation. He has two younger brothers, Arbaaz Khan and Sohail khan, and two younger sisters, Alvira and Arpita (adopted sister).

Khan began his elementary schooling along with his brother, Arbaaz khan, from Scindia School, Gwalior. However, he and his brother left the school in a few years. Later, he with his both brothers joined the S.t Stanislaus High School, Bandra, Mumbai. After school education, he attended S.t Xavier’s College in Mumbai, but shortly he dropped out. After this step, he only focused upon his Acting career instead of anything. So, he then enrolled in Daisy Irani’s acting school for making his acting much better.

Khan started his career in Bollywood with his debut in Biwi Ho To Aisi (1988). However, he only played a supporting role in this film. But he soon contracted for a leading role in the film, Maine Pyar Kiya (1989). Khan gets his first nomination for the Best acting award along with the best male debut for the film. He then appeared in the film, Baaghi: A Rebel For Love (1990).

Khan looked in the film, Andaz Apna Apna in 1994. However, the film was failed at the box office. Later in late 1994, he looked in a romantic film, Hum Aapke Hai Kaun. The film achieved a lot of success, as he won 3 Filmfare awards at one time. Those are the Best Film award, Best Director award, and Best Actress award. The next film, Karan Arjun (1995) was a notable film, which is still famous. He made the film along with Shah Rukh Khan, where both played a brother role. Khan gained the 1995 Filmfare Best Actor Award for this film.

Rise of Salman Khan Career in his biography

Khan continued his acting in numerous films, although some hits, and some flops. He then made films, such as Judwa, Auzaar, Pyar Kiya To Darna Kya, Jab Pyar Kisi Se Hota Hai, Kuch Kuch Hota Hai, and many others. He got his second nomination for the Best Supporting Actor award, for his film Kuch Kuch Hota Hai.

Khan appeared in his other film, Chori Chori Chupke Chupke, in 2000. He later appeared in Tere Naam (2003), which is still popular among peoples. Even, Khan has also made some comedy films, including Mujhse Shadi Karogi and No Entry.

He then appeared in the ensemble film, Salaam E Ishq in early 2007. He also seemed in a Hollywood movie, Marigold: An Adventure of India. The movie tells the love story of an Indian man with an American woman. 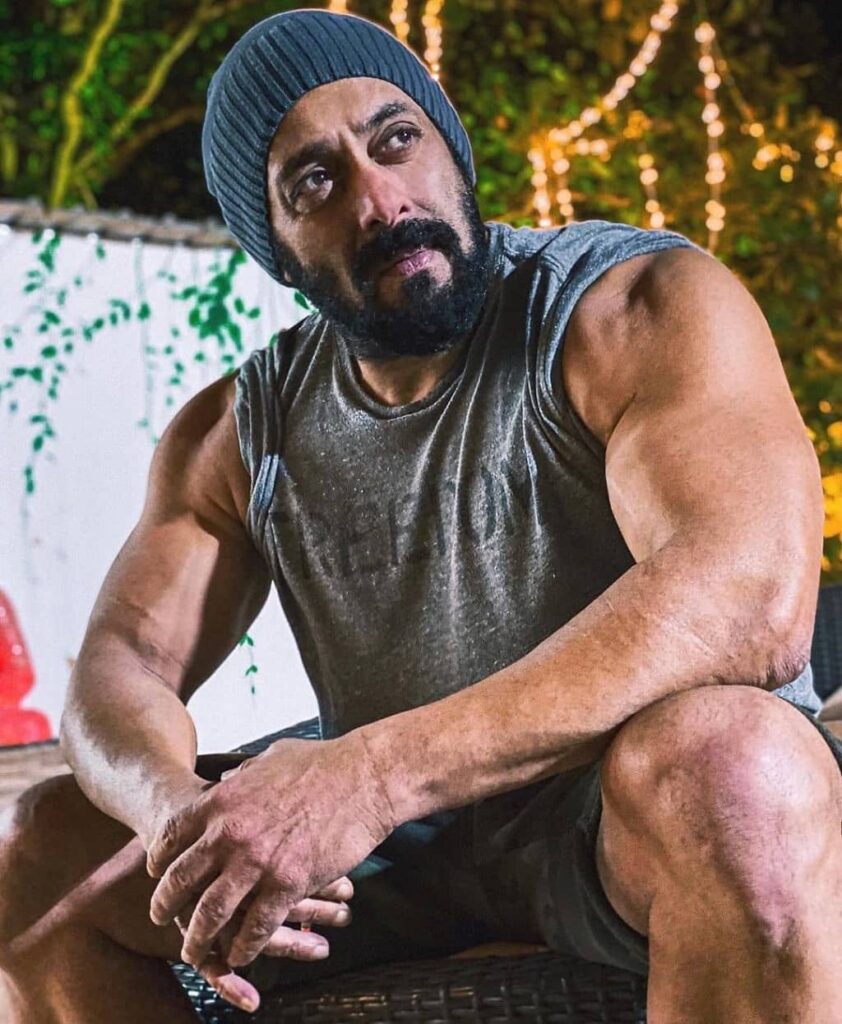 Khan started 2010 with his film Veer. However, it doesn’t receive high value and got only 4.6/10 IMDb ratings. He then appeared in one of the best films, Dabangg. The film went on to win various awards, including the National Film Award for Best popular film providing wholesome entertainment. Khan got the star screen award for the best actor and stardust award for the star of the year. However, he also received his sixth Filmfare Award for Best Actor.

Khan in 2011 comes up with his film, Ready, which became the second highest-grossing film of the year. He then appeared in the film, Bodyguard, which was a remake of a Malayalam film. The film wasn’t criticized among peoples but, was India’s highest-earning film of 2010.

In 2012, he released the sequel of Dabangg, Dabangg 2. The film received immense financial success, with INR 2.5 billion. In 2014, khan comes up with two films, Jai Ho and Kick. Jai Ho didn’t receive a positive review, but Kick became a grossing film.

Khan’s first release of 2016 was Sultan, which earned huge positive reviews from the box office. It crossed INR 2.7 billion by the end of its second week. Finally, it earned more than INR 5.83 billion worldwide. Khan’s first film of 2017 was Tubelight. The film couldn’t maintain a strong run at the box office.

Although, Khan came back with his second film of that year, Tiger Zinda Hai. It was the sequel of Ek Tha Tiger. The film earned more than INR 5.52 billion worldwide. In 2019, he released his two films, Bharat and Dabangg 3 (sequel of Dabangg 2). Bharat received a positive review from the box office, with earning of INR 325.58 crores. Although, Dabangg has earned over INR 230 crores only, with an IMDb rating of 3.4/10.

In December 2019, he was going to release Kick 2 (sequel of Kick). But that has been delayed due to some reasons. However, they are unable to release the film in 2020, due to COVID-19 Pandemic.

Almost Everyone in this world has sometimes won something, which we called awards or achievements. Likely, Salman khan biography also consists of various achievements. It became a little bit hard to express his all achievements, as he won uncounted awards. But we evince his all prominent awards.

We will recommend you to also read Shah Rukh Khan Biography.

As we have completed the inspirational biography of Salman khan. We hope that you have learned several lessons from his achievements. Remember a thing, doing great work is not probably easy for other ones. You must have to face various problems in your life. Likely, Salman Khan has also got various problems. But he courageously faced his problems and then he became a star.

This site uses Akismet to reduce spam. Learn how your comment data is processed.