Not very much famous, Sherry Holmes has made her place in millions of people’s hearts. This happens because of her influence on philanthropist works.

In fact, Sherry inspired a lot of people for their dreams and unpredicted future. Now, it’s your turn to get inspired with her life story.

Who is Sherry Holmes? 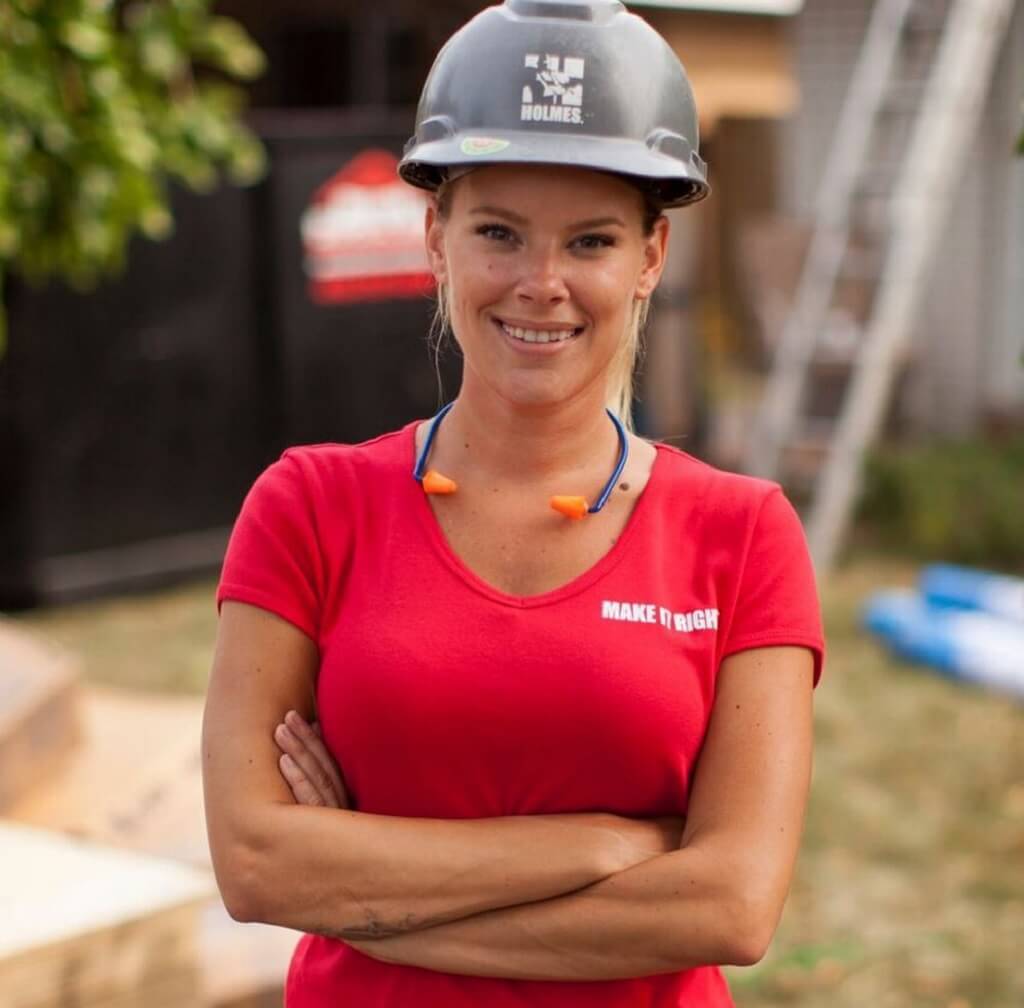 She has represented herself as one of the most hardworking and successful women in the construction industry. That’s all because of her unstoppable efforts.

Apart from this, Sherry has starred in various TV series that earned her immense popularity across the world.

She has become an inspiration for millions of people and has ultimately influenced people to join the skilled trades industry.

Her works have created a curiosity in people’s hearts to know more about her. Well, below is her detailed life story, from her birth to now.

Her father, Mike Holmes Sr. began the Holmes foundation in 2006 with the intention of enhancing young people to enter the construction industry.

Sherry grew up in the localities of Ontario along with her siblings, a brother, Mike Holmes Jr., and sister, Amanda Holmes. Her parents got separated in 1993 when Shery was just 6 years old.

As a result, they had to spend their further life with their grandparents Jim Holmes and Shirly Holmes.

Sources claim that Sherry along with her siblings used to meet their father on weekends. The brother and sisters were then involved in the construction duties, but Sherry was not that much interested.

Not much information has been disclosed regarding her education. However, it came to know that she attended Uxbridge Secondary School for her studies.

Sherry began her professional career as a production assistant in her dad’s television show, Holmes Inspection in 2009.

Earlier, she also appeared in the 2001 TV show, Holmes on Homes.

Following her small success, she tried to go for bigger things for vast achievements. Thus, in 2018, Sherry joined Oscar-winner actor Brad Pitts Make it Right Foundation to help the victims of Hurricane Katrina.

Previously, the famous actress has appeared in various TV series. In 2013, she starred in Holmes Makes It Right as a construction crew.

Later, Sherry looked in the 2018 famous TV series The Marilyn Denis Show as a guest.

One of the best careers in the TV series is in Holmes Inspection. She appeared in a total of 46 episodes of it earning the credit of a construction crew.

The TV series has helped her immensely in earning enormous fame across the world.

Sherry Holmes is clearly a wedded woman who married her long-time boyfriend Blake Steed on 12 December 2018 in St. Lucia.

The beautiful ceremony was attended by their family, close friends, and some colleagues.

Sherry was already pregnant for 6 months during her wedding. As a result, she birthed her first child after 3 months of their marriage.

Their child was born on 21 April 2019 and named Cali Kay Holmes Steed. 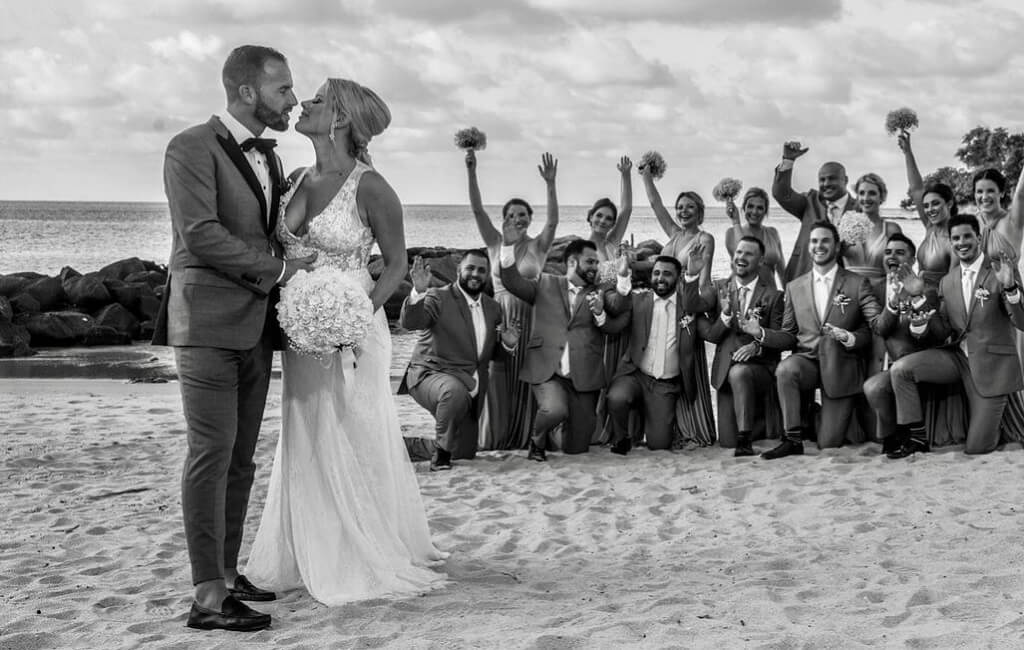 Sherry and Blake were first met at work which eventually turned them into true friends. With respect to time, the true friends, unfortunately, fell in love and got engaged on July 11, 2017.

Further, they continued a living relationship which resulted in their marriage.

Now, the duo is happy in their life and enjoying their baby. Sherry most of the time used to come on her social media handles along with her little baby girl. 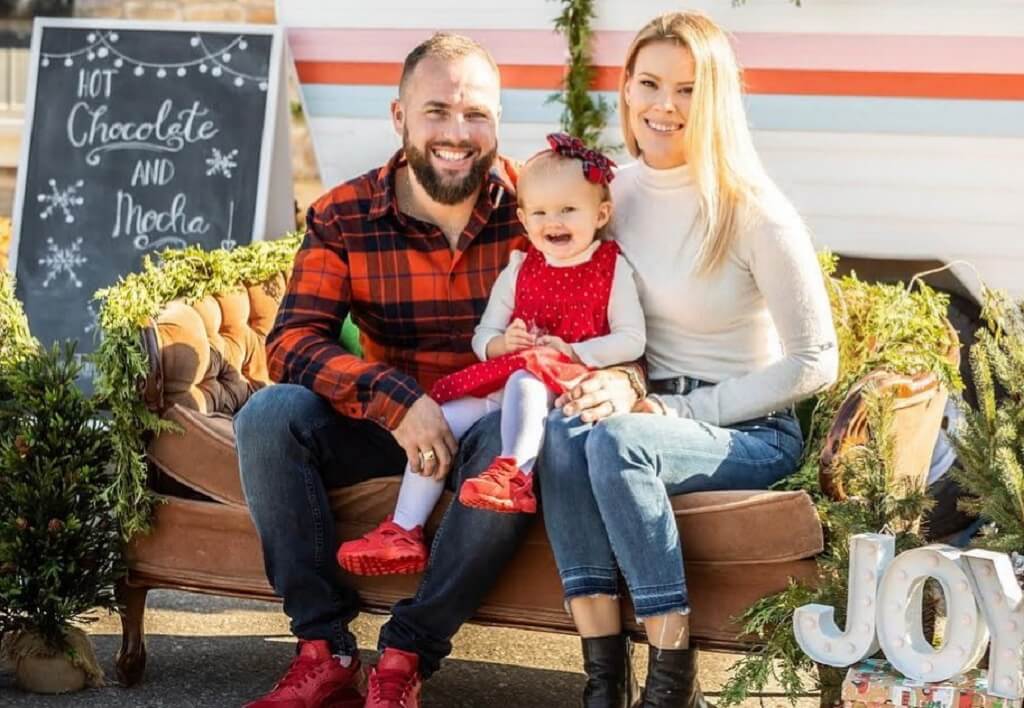 Sherry Holmes estimated net worth is $1 million dollars. The famous woman has mostly earned such huge capital through her career as a TV actress and personality.

Besides this, her profession as a contractor, part-time designer, and motivational speaker has helped her to generate an abundant amount of money.

As a great lady and mother, Sherry inspires millions of people with her financial success. Unlike most people, she has tried all she can for a good living.

And that’s why today she is leading all the way of her life.

All, she has earned enough capital to fulfill all of her demands along with her family.

Sherry Holmes is no less than an inspiration for us. She has even passed through some dangerous periods of her life. In 2002, she was diagnosed with a potentially deadly brain tumor.

Thanks to those doctors who saved her by detecting the tumor with the help of a CT scan.

Further, thanks to the doctors who successfully conducted the surgery on her brain and gave her a new life.

Next Read: Who is Jim Rohn? Inspirational Man of all time

Even after suffering from such a deadly disease, she never looked back in search of her dreams. This is how she overcome the problems and let her name be noted in history.