The world of social media is shaken by the news “who killed the famous twin’s father?” Reading about this murder story we can say greed gives rise to all evil.

Let’s get straight into the bits of the news. Allie “Nem” Bentley and Sway Bentley, twin sisters, are well-known for their TikTok videos and rap songs about hair weave.

The identical twins from Mobile, Alabama call themselves the “FamOus Twins” because they have quickly accumulated 1 million followers thanks to their viral videos.

The news about James Walters, their father, was tragically murdered, and numerous ideas about his death have recently surfaced online. The sisters also started a Go Fund Me page to seek money for funeral expenses.

In this article, we will cover the famous twin sister Sway Bentley’s life story including her career, the tragic demise of her father, and her personal life.

Who is Sway Bentley? Sway Bentley is an American famous rapper and social media personality. She is best known as one of the two members of the band “FamOus Twins”, which consists of her and her sister Allie Bentley.

“Who Wants It” and “All Summer” is just a couple of the singles she and her twin sister have released.

The music video for the track “Who Wants It” has earned over 1 million views on YouTube.

Sway Bentley was born on 11 February 2000 and is 22 years of age as of 2022. She was born in Mobile, Alabama, United States, and holds American nationality.

Sway Bentley follows the Christianity religion as her belief. If talking about her family there’s no information available about her mother.

Sway’s father is the late James Walters was murdered in the year 2021. She has a twin sister Allie Bentley a.k.a. ‘Nem’.

Also, there’s no information available about Sway’s early education and from where she did her graduation.

However, if we happen to get anything about her education we will update this article.

When Walters was fatally shot, reports of his awful demise started to spread. A close family friend recently spoke with famous blogger Lionel B about the murder suspect Henry Stevenson.

The young, aspiring rapper, like his girlfriend Sway Bentley from the Fam0us Twins, went from having a job to posting numerous guns on social media.

It was claimed that Sway Bentley and Allie fought for 30 to 45 minutes before Sway Bentley gave her boyfriend a loaded revolver that fatal night.

Allegedly, Allie acquired a $500,000 PPP loan through deception and refused to tell her sister about it or bring it up during their argument.

The sisters appeared to be engaged in a contentious argument over the money. According to reports, Walters and the twins’ mother visited the twins’ home to mediate their argument.

Twin Sway Bentley’s boyfriend was also present when Walters arrived. Both males started to dispute while carrying guns. According to Walters, the guy refused to leave despite her request.

Sadly, it appears that Sway Bentley’s lover killed her father by shooting him. The narrative becomes worse as he passed away in the street while battling for his life.

Nem Bentley, 28, and DeAngelo Demetrius Merrill, who is dating her, learned of her father’s passing. Merrill went in search of the shooter to get revenge for Walters’ murder.

However, he went to the wrong house and killed James Jones, 74, an innocent man. The cops are currently looking for him. We are not fabricating this.

Men can become naive and stupid out of greed. Unfortunately, since death is irreversible, no amount of money can bring the father of the Bentley twins back. 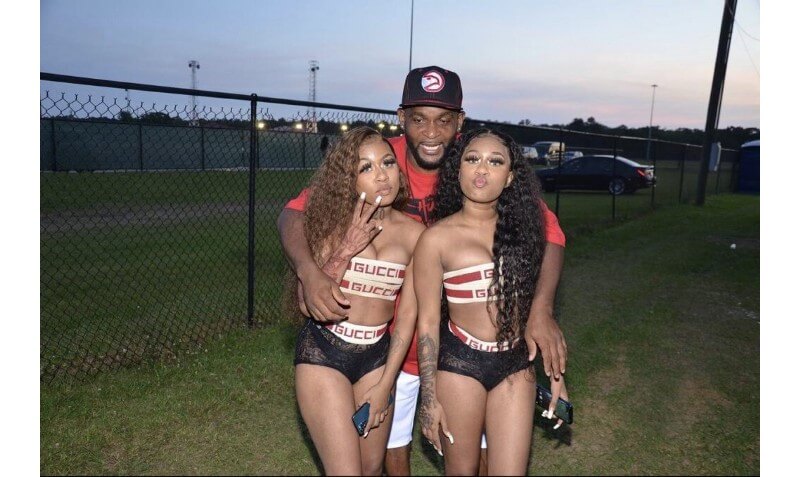 Sway Bentley started her career as a content creator on social media platforms and then later begin her rapper journey with her twin sister Allie Bentley.

They formed a group fam0us twins band group which gradually developed a considerable fan base.

However, currently, Sway has closed her social media handles as of now after the tragic demise of her father.

The famous rapper and social media personality are dating Henry Stevenson. They have been dating for quite a long time. However, there is no more information available about her past relationships.

Sway Bentley estimated net worth is $1.5 million approximately as of 2022. She majorly earns from her social media handles especially YouTube and TikTok and also from her rapping career.

Sway Bentley has a strong personality. She has wavy black hair with a glowing dusky complexion.

There’s no information available about her height and weight as of now. She has got several tattoos on her arms as well.