Tyler Wright is among the only surfers who will be noted in Australian history. She is such an amazing and courageous woman who leaves all other surfers behind her in a very short time.

She is no less than inspiration and motivation. If you also want to succeed like her in any field, then just read her biography and step out towards your success.

Who is Tyler Wright? 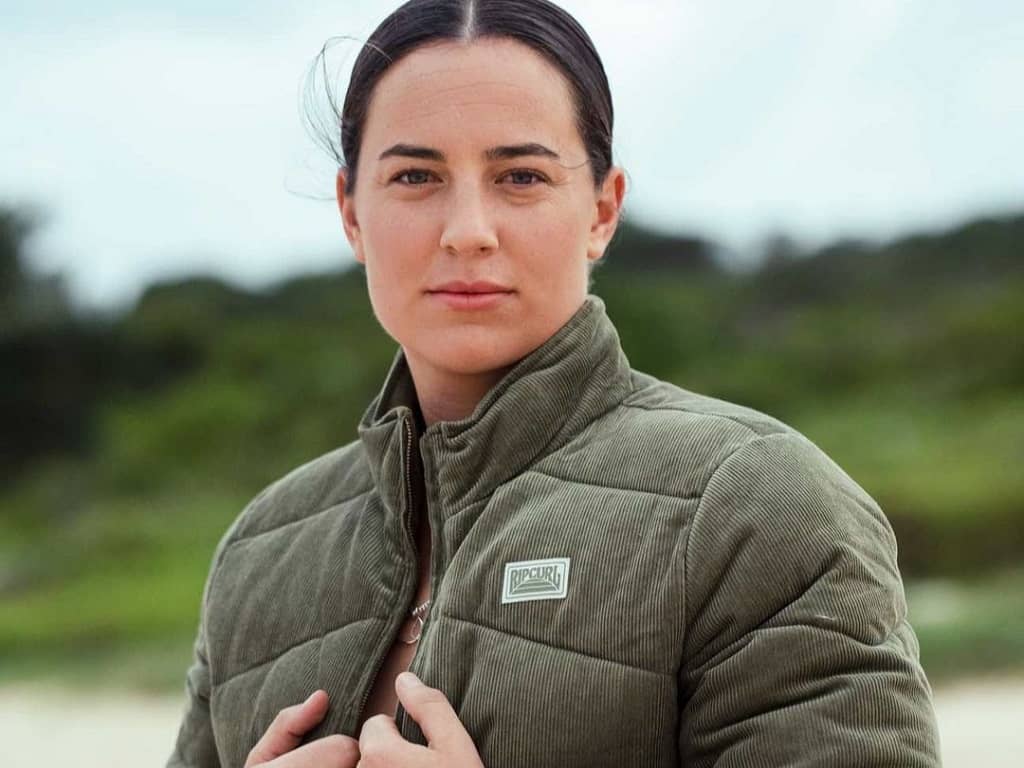 Tyler Wright is one of the famous Australian surfers best known for her classic surfing. She is also known for being a two-time world surfing champion.

Despite this, she is the first professional surfer to compete with a pride flag on her jersey. These great successes have been achieved after very long hard work.

In fact, there was a time when Tyler Wright lost all her hopes. But things changed and she came back with full energy.

Let you know how Tyler Wright did all the things in her life and succeeded to achieve these titles.

Tyler Wright was born on 31 March 1994 in New South Wales, Australia. She belongs from a close-knit surfing family and grew up at Culburra Beach in Sydney near Nowra.

Her father, Rob Wright is a surfer enthusiast and her mother’s name is Fiona Wright. She has four siblings named, Owen, Kirby, Tim, and Mikey.

Her parents were the pillar of the family during her childhood and they used to run the family.

The career of Tyler Wright

Tyler Wright started her career at age of 14 only. She surpassed a number of champions twice older than her and becomes the youngest ever winner to win a Championship Tour at the Beachley Classic, Sydney in 2008.

After three years, she enrolled in the tour full-time and opened with a final appearance at the Roxy Pro, and completed the season at 4th rank. 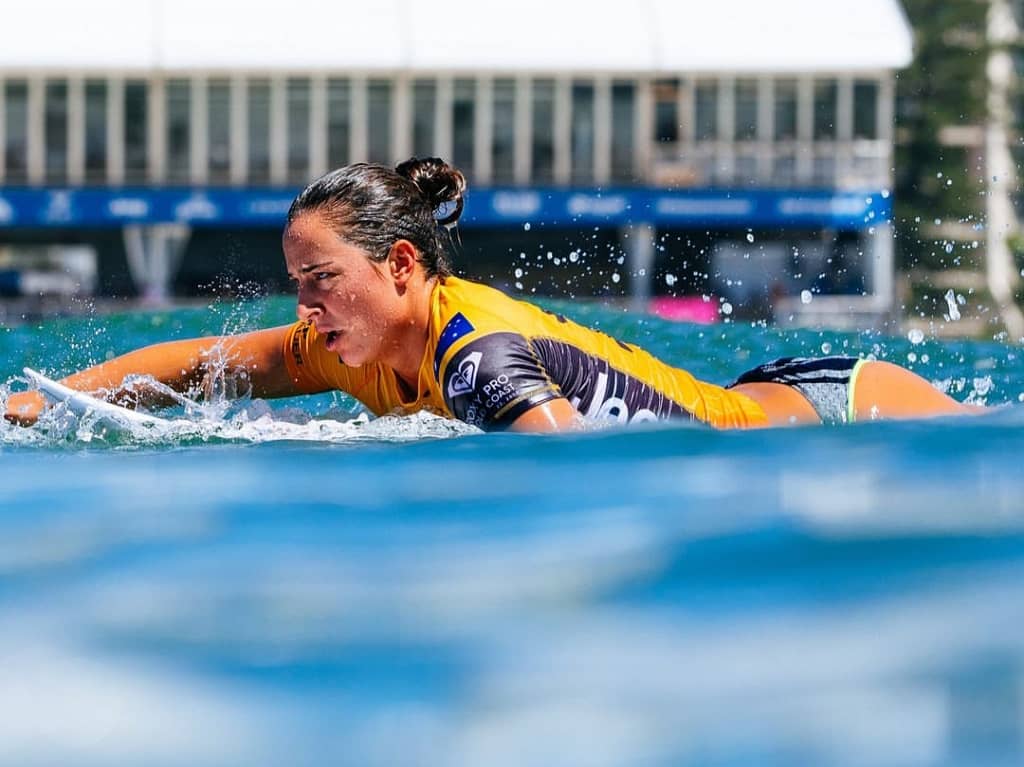 Although she bounced back in 2014 as she finished the US Open of Surfing tournament in the 1st position. It brought her a lot of courage and inspiration for her career.

Again in 2015, she ended up in the 1st position in the Roxy Pro France tournament.

Following her amazing skills, she holds the first position in the Rio Pro tournament in both 2016 and 2017 year. She has been also featured by the Australian TV Channel ABC in their biographical documentary program Australian Story.

In 2018, a very tough challenge came in Tyler’s life when she contracted influenza A on her South Africa trip.

Thereafter, she suffered Post-Viral Syndrome led to ruled out from the next tournaments. She lived in a world of pain for the next year.

Tyler had also imagined losing her further career. But it was her brother, Owen who made her believe that she can come back with her previous abilities. And things went right as she came back in 2019.

She has been backed after a long health struggle. However, she still looks like the previous Tyler and makes her fans amazed.

Even she made history after returning back as she became the first professional surfer to compete with a pride flag on her jersey. She was in the headlines of Australian news channels these days.

Tyler Wright’s former partner was Alex Lynn. She fell in her love and later they both tied up in a relationship. Tyler describes it as one of the best moments of her life.

Alex also met her parents and talked to her family members. Even, though he was the most carer of Tyler during her illness due to Influenza A.

Recently, Tyler has been identified as bisexual, and thereafter the news has spread like a fire. She has said that I always wanted to keep my private life secret.

Further, Tyler Wright has a sibling relationship with her brother, Own Wright. They have helped each other in every situation, while in their own brain injury or Tyler’s Illness. 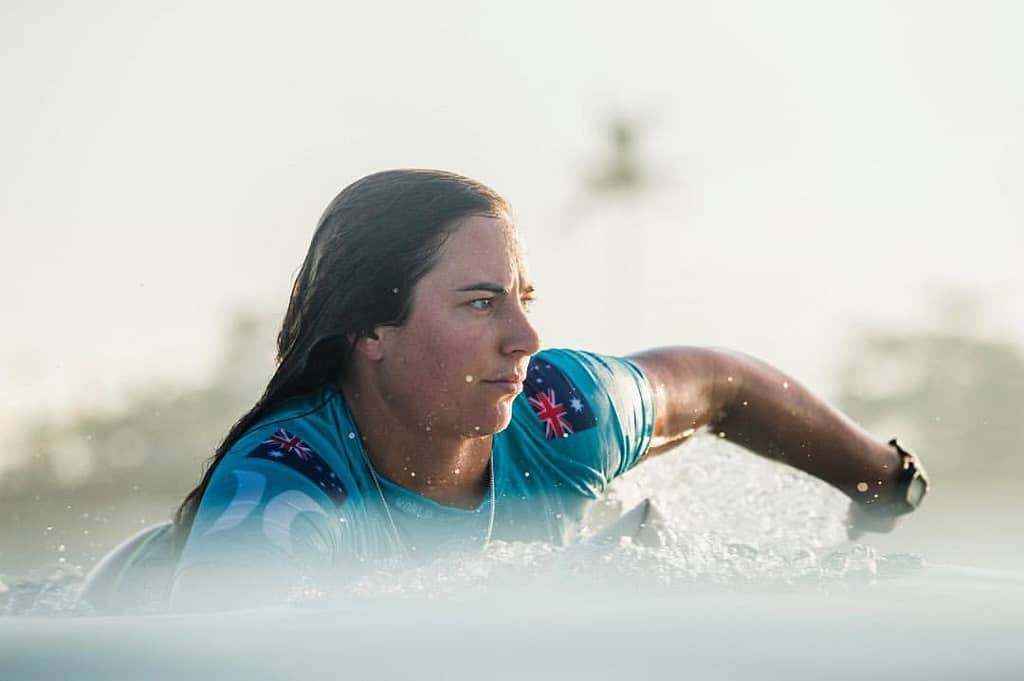 They describe their love as a motivation for each other. In fact, Tyler credited Owen for her world title. Further, there is a rumor of Tyler Wright’s children or baby. Although, it hasn’t been clarified.

Tyler Wright’s Net Worth and Income

Tyler Wright’s net worth has been estimated at more than $5 million. She has alone earned over $1 million from her tournaments till 2017.

But if we sum up the total earnings, it would come to around five million US dollars. And talking about Tyler’s income, it varies from time to time. Different tournaments provide different incomes.

But on average, her income is estimated more than $10,000 million. And while playing tournaments, she earns around $200,000 million for each match.

Being one of the famous surfers of Australia, Tyler Wright has immense popularity on social media. She consistently used actively on Instagram and engaged with her followers.

She has currently more than 233K followers on her Instagram account and has posted over 367 posts. Although, she does not use Twitter a lot and that’s why there she has around 22.4k followers.

Despite these, she is very popular and always appears on Australian news channels. 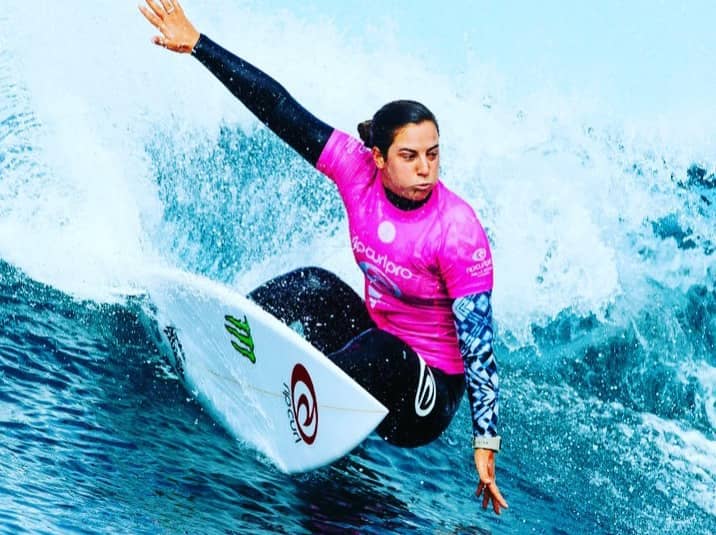 Tyler Wright has achieved numerous peaks in her life story. While that could be on the top position or elsewhere.

She has been the winner of 14 World Surfer League and primarily achieved the WSL Women’s world titles in 2016 and 2017. See below the major achievements of Tyler Wright in her surfer career.

Tyler Wright is an inspirational lady of Australia who has the ability to change anyone’s life through her biography.

She doesn’t come on the general surfer list but she is unique and also holds special talents in her. What you need to learn from her life story is the courage and the belief she made during her toughest time.

Basically, people lost their hope in single trouble and here Tyler fought with her life and came back again.

I hope you loved reading the biography and life story of Tyler Wright. Let you share your feedback with us about her story.