When we talk about actors, one thing definitely comes to mind, for being famous or having a brilliant career; one must spend his whole life or a major part of it.

What if I told you about an actress, who is famous at the outset of her career?

Obviously, only one thing pops into mind. Is she a young talent?

Yes, you are right. She is one of the emerging new actresses. Surely we are going to read about Abigail Cowen. Let’s get into it.

Who is Abigail Cowen? 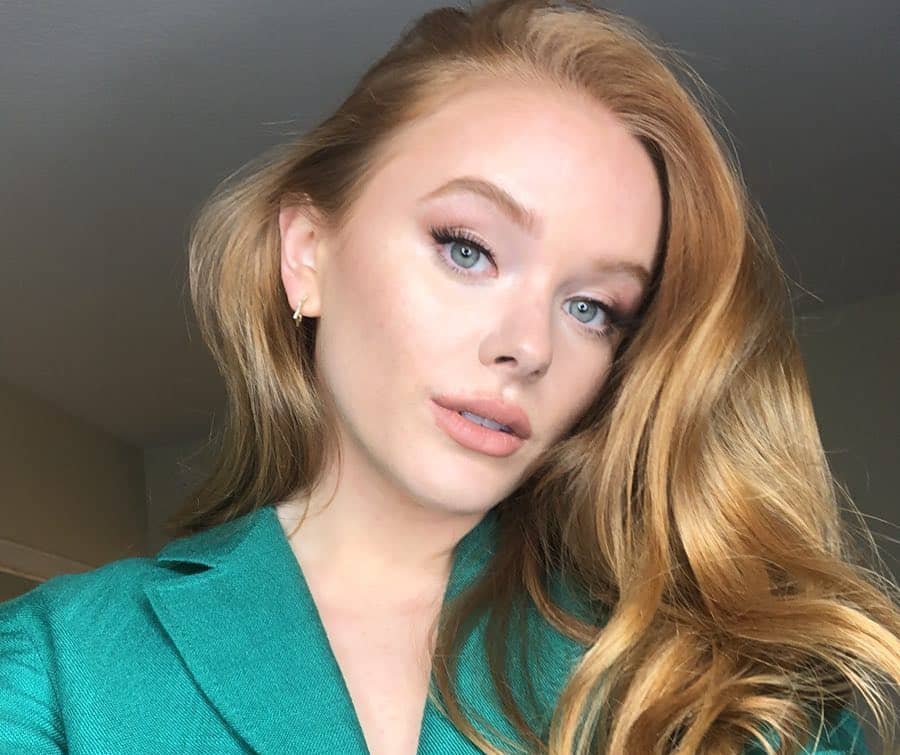 Abigail Cowen is known as a famous American actress. She is a model, and social media personality as well.

She gained first recognition for playing a powerful role in “Dorcas” in Netflix’s chilling adventures of Sabrina. Let’s look at her life and get to know him better.

Abigail Cowen was born on 18 March 1998 in Gainesville, Florida, US. Her real name is Abigail Cowen, and Abbey is her nickname.

The names of her parents are Andrew Cowen and Leslie Cowen. She has only one sibling named Dawson Cowen.

She got interested in acting when she was a child. And she took acting lessons as well.

She attended Oviedo High School. Abigail’s Cowen studied Public Relations at the University of Florida, and then she moved with her family to Los Angeles, California in 2016 to carry on her acting career.

She always wanted to be an actress since her childhood.

She started learning acting skills when she was in the fourth standard. In 2014, she started her acting career at the age of 17 as a guest star in RED BANK SOCIETY.

In 2017, she played the role of Vicky Carmichael in the second season of Netflix’s Stranger Things.

From 2017 to 2018, she performed the recurring role of Mia Tanner in the wisdom of the crowd.

In 2018, she acted in the four episodes of the drama The Fosters season 5 and played the role of Eliza Hunter.

From 2018 to 2020, she was selected to play the recurring role of Dorcas Night in the Netflix chilling adventures of Sabrina.

This role gives her first recognition in the industry. And she became a famous celebrity in the world of Hollywood.

She also performed in television miniseries in 2019. In 2021, she started playing, Bloom in Netflix’s live-action adaptation of the wings saga.

She determined to bloom as a headstrong, and discovers she has a quality of powerfulness. She also played the role of Fiona in the horror/ thriller movie Witch Hunt.

In 2022, her upcoming project is the movie Redeeming love, in which she performed the character of an angel. She is a model as well.

She started modeling in high school. Due to her height and iconic personality, MC2 Model Management appointed her.

When we talk about the personal life of Abigail Cowen, we came across three persons from her family, her father Andrew Cowen, her mother Leslie Cowen, and her brother Dawson Cowen. She is unmarried and just focuses to build her career.

In Oct 2021 Abigail Cowen and Danny Griffin confirmed that they are in a relationship after many months of waiting.

While viewing her career Abigail played different characters in television series. Some of the films are also her records. Abigail is one of the richest actresses of her time.

The net worth of Abigail is approximately $1 million by 2021. Such a huge net worth shows that Abigail makes a handsome amount in a very short tenure.

Abigail’s Cowen is highly famed on the social media platform.

Due to her acting skills, she wins millions of people’s hearts and ultimately gained millions of followers on social media. Due to her beauty and adorable personality, she became an iconic personality.

Abigail got 2.3 Million followers on Instagram. Other social media plate forms are not revealed so much.

One thing is crystal clear from the whole life of Abigail. Luck is always not the only thing to become successful in life.

Determination, discipline, consistency, and passion for the work also play a very important role. This is the start of a brilliant journey.

A star is in making. In 2022 Abigail is doing the upcoming American western romantic drama film “Redeeming Love”. A bright future is waiting for the young star.

Next Read: Who is American actress Abigail Shapiro?