The media and journalism industry is growing more than ever with a lot of room for growth and success. With the rise of technology, the consumption of information has significantly increased.

Speaking of growth in the media and journalism industry, there has been a majority of famous personalities.

These personalities have contributed their fair share to improve the user experience.

Adam Schefter is an ESPN Senior NFL Insider. He started working for ESPN in August 2009 as an NFL Insider, and he now regularly appears on shows including NFL Live and others all year long.

The “Adam Schefter Podcast” that he hosts on ESPN Audio is in addition to his regular contributions to ESPN Radio and ESPN.com.

In this article, we are going to familiarise ourselves with the life of Adam Schefter which includes his career.

Who is Adam Schefter? 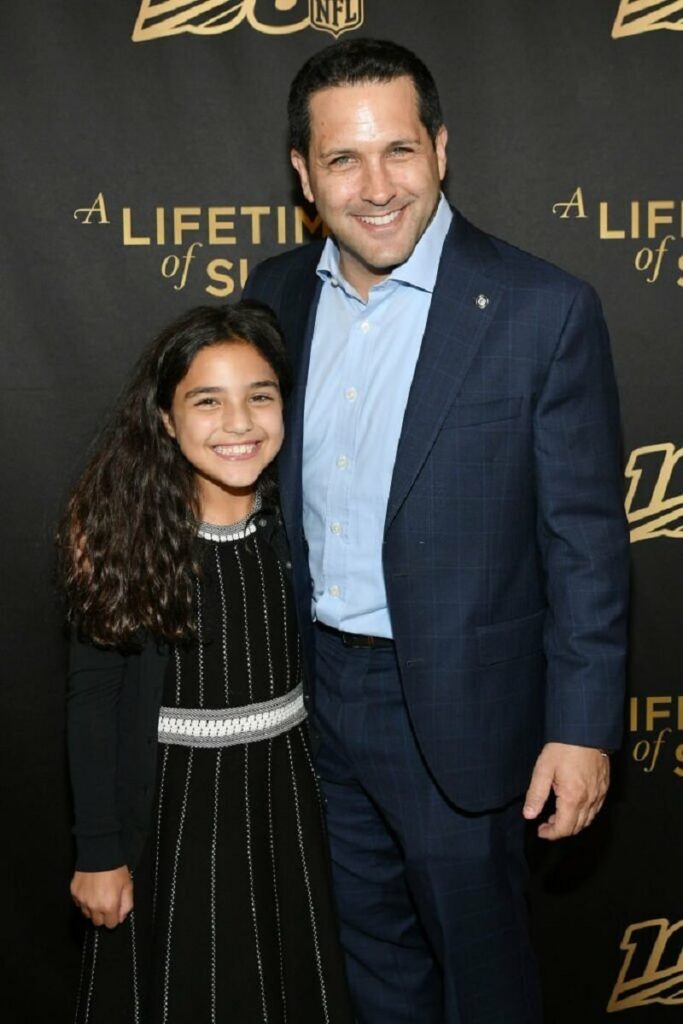 Adam Schefter is an American sports writer and television analyst. Schefter wrote for many newspapers, including The Denver Post, after earning journalism degrees from the University of Michigan and Northwestern University before joining NFL Network.

Since 2009, he has been employed by ESPN as an NFL insider. Schefter, one of the best sports journalists in the nation, has covered the NFL since 1990, and his social media clout is unrivaled in the business.

His connections, tenacity, and knack for breaking news contribute to the expansion and reach of the ESPN brand.

Schefter currently has over 12 million followers across social media platforms.

He is regarded as the first commentator in sports broadcasting — news or any other genre — to popularise using his device while on television during show appearances to break stories in real-time.

Due to the demands of his job, Schefter always has two phones close by.

There’s no information regarding his parents and siblings at the moment.

Adam grew up in and grew up in Bellmore, New York, where he attended John F. Kennedy High School. He earned his degree in June 1985

Adam also attended Northwestern University’s Medill School of Journalism and the University of Michigan, where he graduated in 1989. 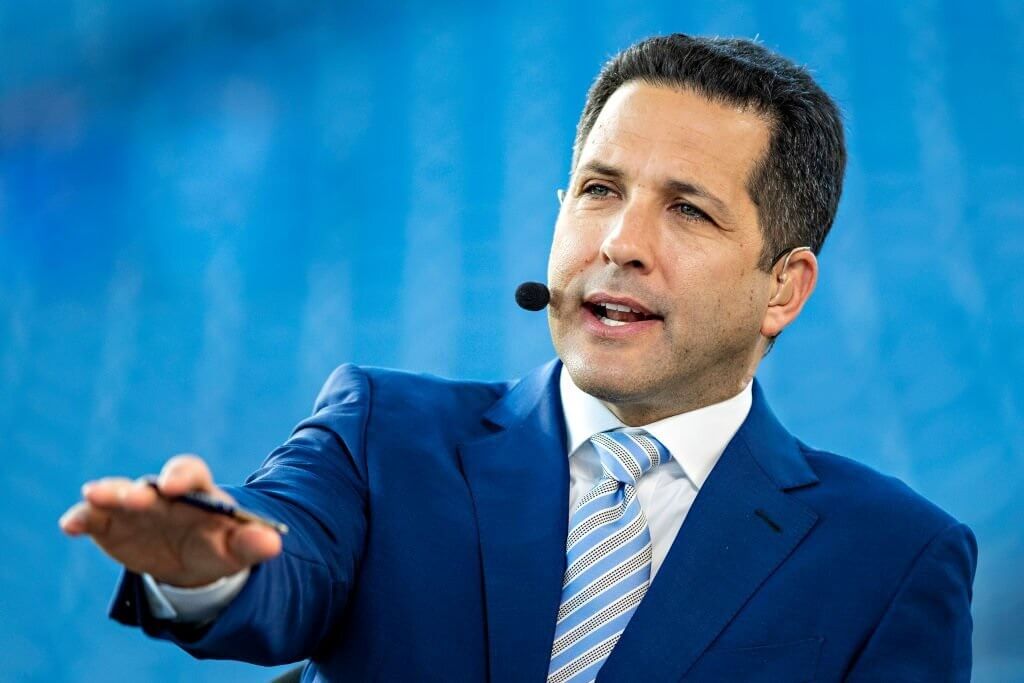 Schefter interned for the Seattle Post-Intelligencer after earning his degree from Northwestern in June 1990.

After relocating to Denver in 1990, he began writing for the Rocky Mountain News in September of that year and The Denver Post in July of that same year.

Schefter presided over the Pro Football Writers of America from 2001 to 2002 while he was still working at the Denver Post.

In addition to appearing on NFL Total Access and writing for NFL.com, Schefter joined the NFL Network in 2004.

Schefter filled in for Woody Paige on ESPN’s Around the Horn five times before joining the NFL Network.

Schefter agreed to join the advisory board of the Pacific Pro Football League in January 2017 on an unpaid basis. To avoid the appearance of a conflict of interest, he abruptly resigned.

Schefter’s “Know Them From Adam” podcast, which features in-depth interviews with newsmakers with a link to football, was released by ESPN Audio in February 2017.

The radio shows 104.3 KKFN in Denver, Colorado, ESPN 980 in Washington, DC, ESPN 1000 in Chicago, Illinois, and 97.5 The Fanatic in Philadelphia, Pennsylvania all feature Schefter regularly.

Schefter appeared in the 2005 film The Longest Yard in a cameo role.

After going on a blind date with Sharri Maio for eleven months, Schefter married her in 2007.

Schefter had previously been married, but the marriage had broken up because Sharri’s first husband, Joe Maio, had perished in the World Trade Center during the 9/11 attacks.

Devon, her son with Joe who was born in 2000, was brought into the marriage with Schefter by Sharri. Dylan is the name of Schefter and Sharri’s joint child.

The Man I Never Met, a book written by Schefter about his first marriage to his wife and his subsequent experience joining the family following Joe’s passing, was published in 2018.

Adam Schefter estimated net worth is $4 million approximately as of 2022. He earns a $1 million salary every year.

The telephone analyst lives a luxurious life with every lavish comfort.

Adam Schefter is an attractive agreeable man with an edgy vibe in his personality. Given that he is a television analyst, he has an academic touch in his style.

Overall, he has a pleasing personality with a handsome appearance.

Thank you for reading this article about Adam Schefter. Please leave your precious opinions in the below comment section.