Who is Aimee Ffion Edwards?

Aimee-Ffion Edwards is a Well-known Welsh actress, best known for playing key roles in series such as ‘Peaky Blinders’ and ‘Loaded.’

Born and raised in Newport, Wales, she grew up as an athletic girl who liked playing hardcore sports that were considered more suitable for boys.

She also took ballet lessons but preferred outdoor sports more than dancing. However, somewhere down the line, she gained an interest in drama and studied it in school.

She also enrolled at the ‘National Youth Theatre’ of Wales. She made her acting debut in 2008, with the supporting role of ‘Sketch’ in the comedy-drama series ‘Skins.’ 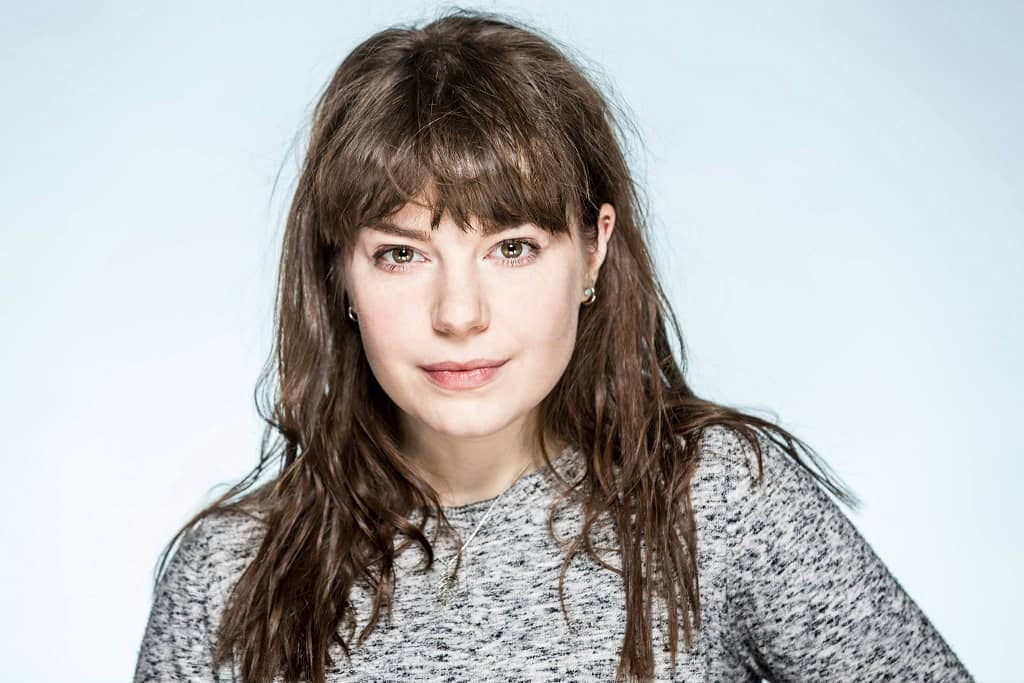 She played for a local youth rugby team, the only girl in a boys’ team until she was 14.

She would often go from ballet lessons to playing for the rugby team.

She took a drama A-level at school and joined the National Youth Theatre of Wales. She is fluent in English and Welsh.

Edwards appeared in the 2002 short film Dŵr Dwfn. She was training to be a classical singer when she appeared on the Pop Idol-type Welsh language TV show called Wawffactor in 2006, finishing as runner-up.

Edwards made her television debut as the character Sketch in the E4 series Skins in 2008.

In 2009, she appeared in the Valentine’s Day episode of Casualty (“Stand by Me”), as a teenager who finds a replacement speed-date in the wards of Holby City Hospital and ends up involved in a serious gun-related incident.

In the first episode of Casualty 1909, she played a young prostitute called Deborah Lynch, who was being abused by her father.

In 2010, she appeared in an episode of the supernatural BBC drama series Being Human as a theatre usher, who is also a ghost.

In 2011, she appeared in series 2 of the BBC drama series Luther, playing the character Jenny Jones. 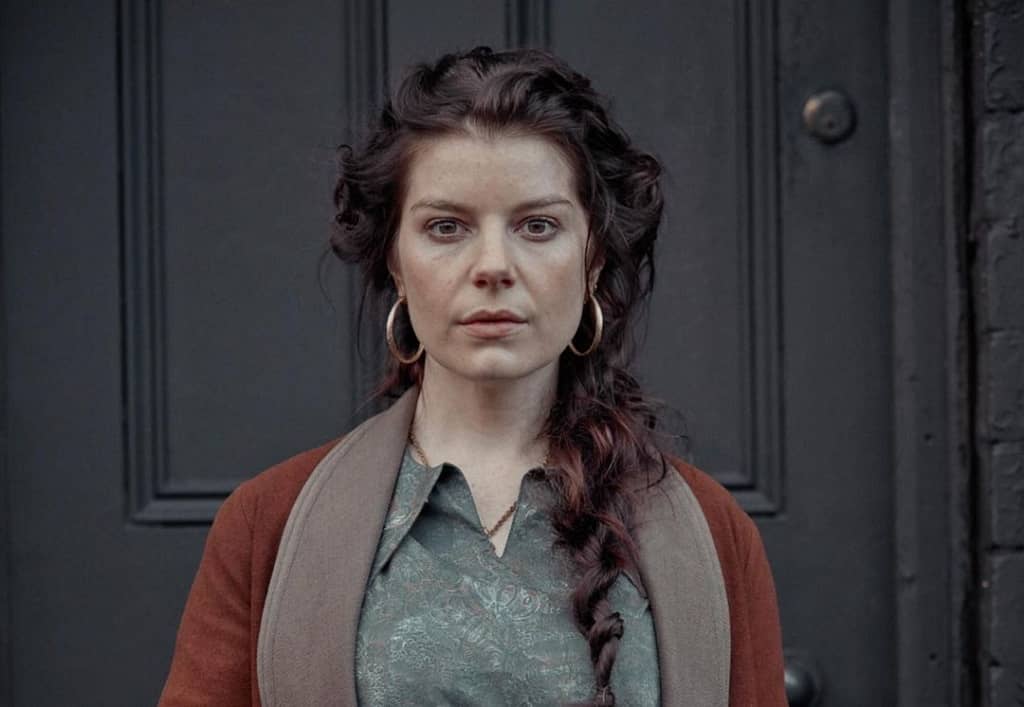 In 2012, she appeared in Sky Atlantic’s four-part series Walking and Talking, a spin-off from an episode of Sky One’s Christmas series of shorts Little Crackers.

Aimee played Mary, a friend of Kath, played by Ami Metcalf, in these stories written by Kathy Burke and based on her teenage years.

In 2014, Edwards appeared in two BBC Cymru Wales television productions celebrating the centenary of Dylan Thomas: as part of an all-Welsh cast in a television adaptation of Thomas’ radio drama Under Milk Wood, playing the part ‘Laugharne Voice’; and as Marianne in A Poet in New York, Andrew Davies’ dramatization of Thomas’ last days.

In 2014, Aimee Ffion Edwards appeared as Katy in “The Harrowing”, the sixth episode of the first series of Inside No. 9, written by Steve Pemberton and Reece Shearsmith.

In 2016, she appeared as Sian in Death in Paradise as a young girl who is murdered. In 2017, she was Josh’s (ex)-girlfriend in the Channel 4 comedy Loaded.

In 2019, she was Miss Aitken in BBC Three’s comedy series Man Like Mobeen.

Aimee Ffion Edwards made her stage debut in 2008 in SH*T-M*X at the Trafalgar Studios in London.

In 2009, she performed in Jez Butterworth’s play Jerusalem at the Royal Court Theatre, alongside Mackenzie Crook.

In 2011, she made her Broadway debut, reprising her role in Jerusalem at the Music Box Theatre, New York. She appeared in the London revival of Jerusalem later that year. 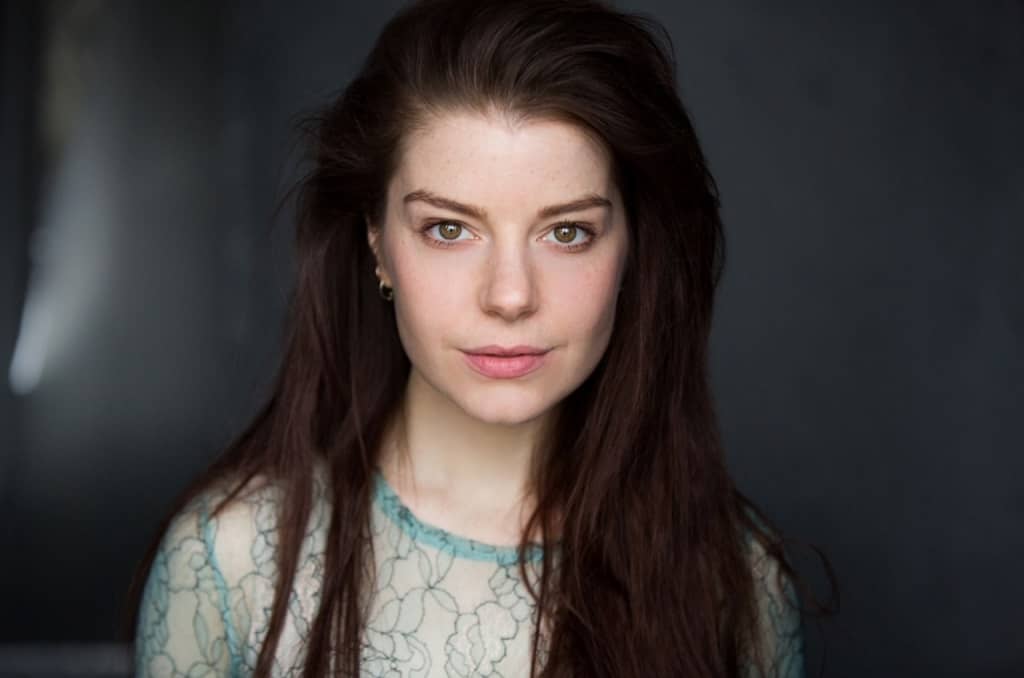 In 2012, she appeared in The Recruiting Officer at the Donmar Warehouse, and in Marius von Mayenburg’s Fireface at the Young Vic.

In 2013, she appeared as Avonia Bunn in Trelawny of the Wells at the Donmar Warehouse.

In 2017, she played Marcella in B, a new play by Guillermo Calderón which had a limited run at the Royal Court Theatre.

Aimee Ffion Edwards is unmarried. Despite being in her ’30s, Aimee is still single. Instead of engaging in any kind of affairs and relationship, Edwards is more to her career as she is doing great in her career.

Moreover, Aimee has neither disclosed any type of her relationship with any man nor she is seen with any man.

Instead of any scandalous relationship rumors, she expects individuals to acknowledge her with her job and acting career. She has never been spotted with anyone and even has not introduced anyone as her boyfriend.

Aimee Ffion Edwards has a net worth of $1 million USD. Acting, brand endorsement, and other forms of income are among her sources of income.

All of her accomplishments have helped her to reach her peak position. Undoubtedly, she will successfully continue her career and having said that, her wealth will also continue to climb up.

Most probably, she doesn’t like to stay among the media and the internet. She keeps herself away from these things. Well, this doesn’t matter in her life as she has done whatever she dreamed.

I hope you loved reading the biography of this amazing actress. Let us know your experience, thus share your feedback below in the comment section.

Next Read: Who is Australian Actress Teagan Croft?