There’s no such thing a woman can’t achieve. When a woman of the nation is contributing to society by growing the nation grows as well.

Things are changing for the better now but there’s a long way to go. However, the world has a woman who believes in themselves rather than needing someone to believe in them.

Alicia Etheredge is one of those ladies. She has achieved so much in her life as a result of her hard work, dedication, and self-belief.

Alicia is a product and an entrepreneur who has contributed her fair share to society. She is still offering her work to the world.

In this article, we are going to familiarise ourselves with the life of Alicia Etheredge.

So let’s not make any further delay and continue with our readathon. A warm cup of something delicious can be your friend in the meantime.

Who is Alicia Etheredge? 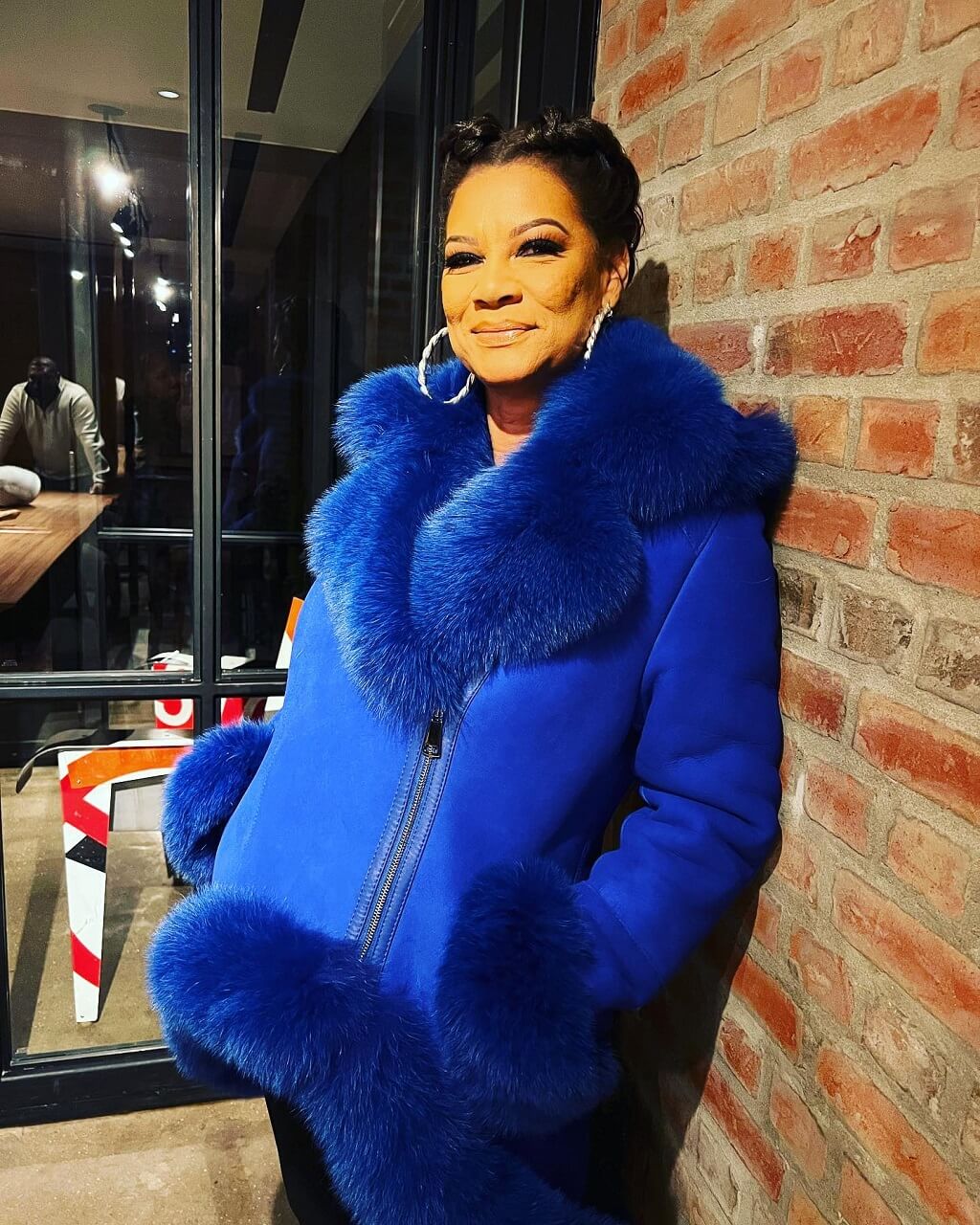 The Real, The Insider, and Outside’s Inn are just a few of the TV shows that Etheredge has produced.

She is a pro at managing careers and has a clientele that includes athletes and celebrities, including her husband, Bobby Brown.

Brown hasn’t held back when complimenting his wife as the driving reason behind his sartorial actions. He also acknowledges her assistance in retracing his journey to God.

Let’s take a look at this wonderful woman’s biography, age, and other fascinating details.

Alicia Etheredge was born on 21st December 1973 and is 49 years of age as of 2022. She was born in Culver City, California, United States, and holds American nationality.

Alicia belongs to African-American ethnic background. She follows the Christianity religion as her belief.

Speaking of her parents, her father is Henry Etheredge and her mother is Mary Mullen Etheredge.

She has a brother and a sister. Her sister is Kim Etheredge who is Alicia’s twin. Kim is an accomplished businesswoman and a co-founder of the Mixed Chicks brand of cosmetics.

Additionally, the producer has a brother named Justin who graduated from UCLA in the class of 2019 and is currently in the film industry. 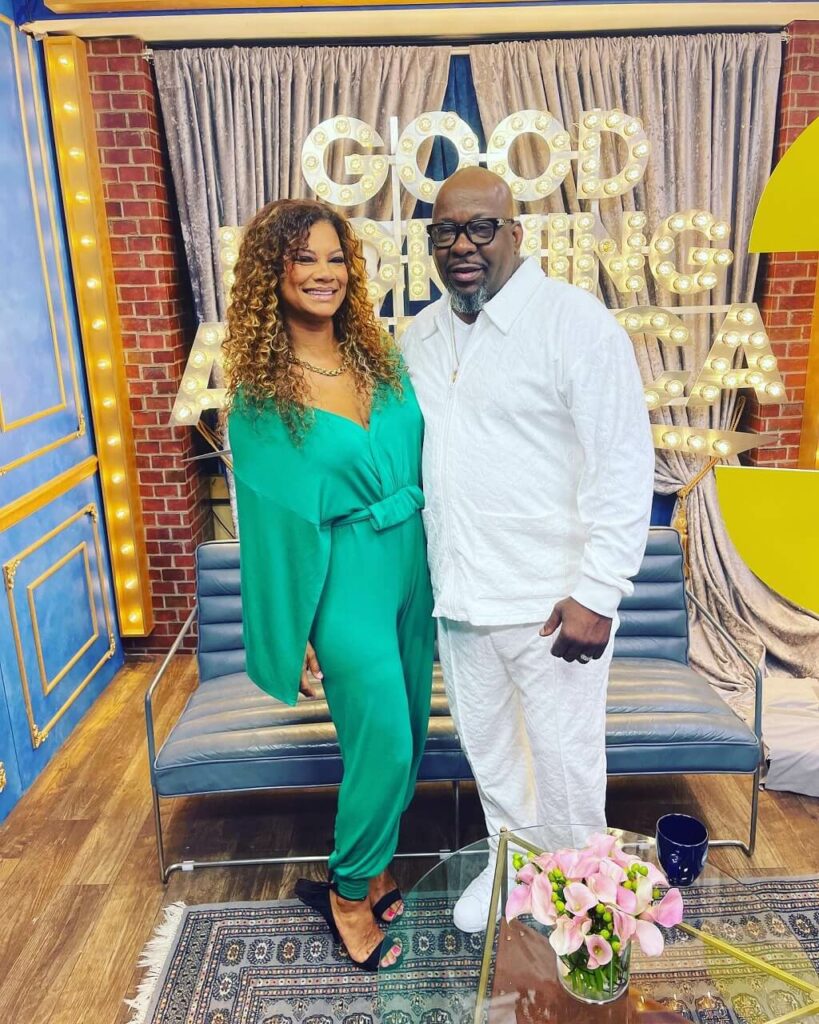 When Alicia first entered the entertainment industry, she was employed by Grammy-nominated soul singer Macy Grey.

She also assisted Magic Johnson, a member of the Los Angeles Lakers and an NBA champion. But with her marriage in 2012, her fame and career reached their peak.

In 2008, Alicia Etheredge joined Bobby Brown’s management group. She has previously worked with entertainers and athletes such as Magic Johnson and Macy Gray.

Etheredge has produced several television programs, such as “Outsider’s Inn,” “The Real,” and “The Insider.” She also made an appearance in the movie “Omg!”

She and her husband also co-own a food company called Bobby Brown Foods, which offers a variety of recipes and cooking supplies on its website.

It’s interesting to note that she even worked on the 2018 biographical series The Bobby Brown Story, which was based on her husband’s real-life experiences.

In 2010, at the Jacksonville, Florida, Funk Fest, Bobby proposed to Alicia, and the two were engaged. They later decided to wed in Hawaii in 2012.

Alicia has three children from her relationship with Brown: Cassius (son), born in 2009; Bodhi Jameson Rein, born in 2015 and Hendrix Sheba Brown, born in 2016.

Bobby was previously married to Whitney Houston in 1992 and their marriage did not last for long and they got divorced in 2007.

Bobby already had four children from his past relationship with Whitney. Husband of Alicia, Bobby talked about their union.

He asserts that having a wife has improved him both spiritually and personally.

Etheredge has also discussed the factors that sustain their union despite life’s inevitable ups and downs.

She made noticed the fact that they both walk in gratitude with one another, which she felt was the most crucial relationship element.

Alicia Etheredge estimated net worth is $500K approximately as of 2022. She leads a lavish lifestyle with her husband Bobby Brown and her children.

The majority of her income consists of her business ventures and films that the produce.

Alicia Etheredge has a gorgeous personality. She has a beautiful curvaceous figure and she embraces her feminity in every aspect.

Her height is 5 feet 5 inches or 167 cm and she weighs around 60 kg or 132 lbs. Alicia has a glowing dusky warm skin undertone.

Her dressing sense is rather feminine and elegant with a touch of spark. As an example, she can be seen wearing a white bodycon midi dress with a frilled hat.

Alicia also takes good care of her overall health. She keeps her diet in check and would keep a balance rather than obsess over it.

Thank you for reading this article about Alicia Etheredge. Please share your valuable thoughts in the below comment section.