In this going era, you might have seen several stars achieving success. But here Caylee Cowan is something different from them. She is now a rising star in the Hollywood industry.

And she might be seen on big stages very soon.

Caylee’s story contains entertainment as well as inspiration. So, begin this amazing biography of Caylee Cowan and entertain yourself along with your motivations.

Who is Caylee Cowan? 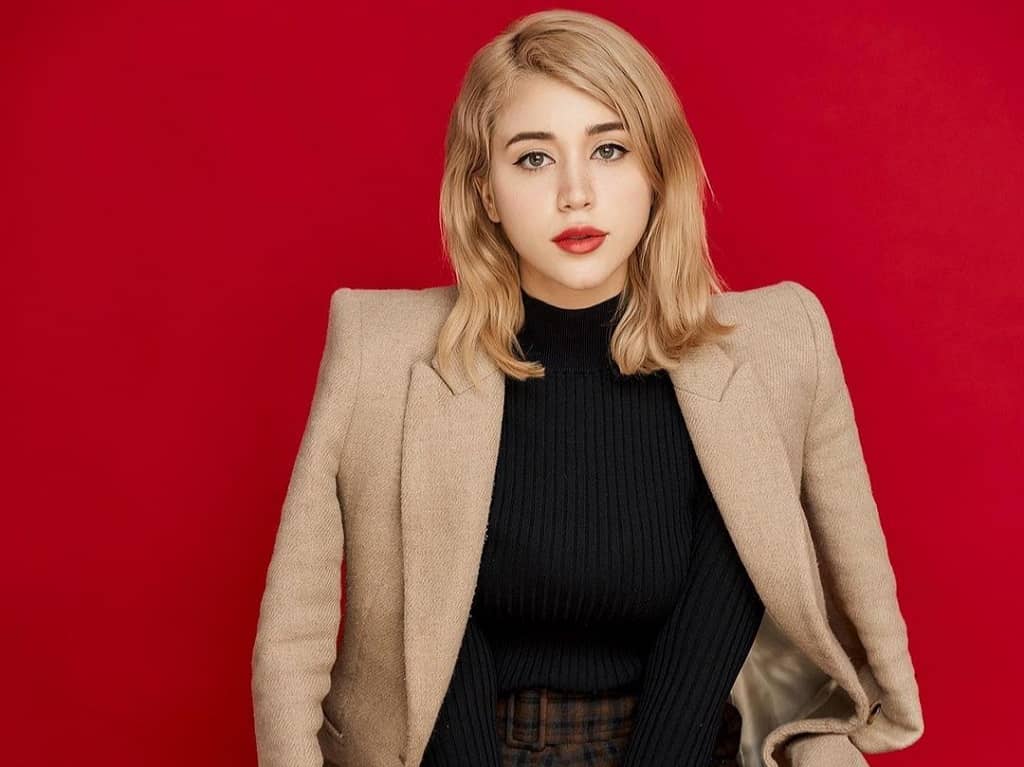 She is immensely popular across the world for her appearance in the 2019 film, Sunrise in Heaven. Despite this, Caylee has appeared in a number of other movies and web series.

She has been also featured in several well-known Magazines. She is highly famous across America and in overseas countries.

Talking about her social media appearance, she has created an attractive presence there that has helped her to gain a lot of followers.

Let you see below in this biography how Caylee became able to achieve these all. 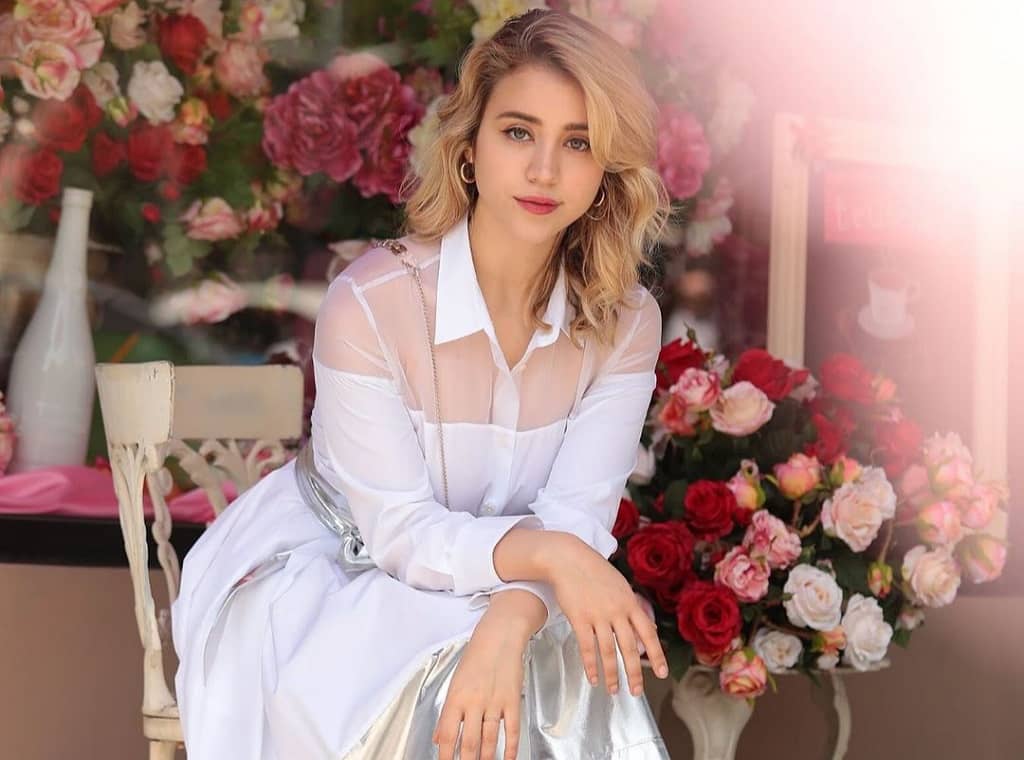 Caylee Cowan was born on 19 March 1998 in the City of Tarzana, Los Angeles, California, USA. Her father belongs to Russian ancestry and her mother, June Rock holds Spanish and German ancestry.

She has four siblings, two biological brothers, and two step-sisters. Caylee is the youngest one among her siblings.

She received her education from 11 different schools and graduated a year early from high school.

Caylee discovered a lot of opportunities in her modeling and acting career from her early times. She always wanted to enroll in this field and thus she started preparing for it at a very young age.

Caylee’s mother always used to say that “you can do anything, but you’ve got to read”. This works as an inspiration for her and she benefited accordingly.

After finishing her basic education, she enrolled in the modeling field. Caylee started taking acting classes at Arizona Actor Academy and was coaching by brandy Hotchner.

She performed in a few theaters including the Valley Youth Theater in Arizona. This was the same theater where the famous actress Emma Stone performed.

Caylee further moved to Hollywood to gain real experience by working in films and television series.

Following her dreams, she tried out for a role in the well-known television series Chilling Adventures of Sabrina (2018).

Later in October 2019, Caylee begins her acting classes with the famous coach Matthew Barry who is also the casting director for the film, The Notebook (2004).

During her career, she was once hit by a car while she was walking home from an audition on route 66.

She was hit a year before making her very first film Sunrise in Heaven (2019) which was also released on the same day next year.

In 2020, Caylee Cowan played the role of Jan Hurst in the 2020 international release of Sunrise in Heaven, called Forever Love.

After that, she appeared in the 2021 horror-action film, Willy’s Wonderland, and played the role of Kathy.

Recently in 2022, Caylee appeared in the film Geo, playing the role of Gemma. Following this, she also featured in another 2022 film Fran and Penelope, portraying the major role of Penelope.

The gorgeous actress has just completed the film Spinning Gold. Further, she is filming Holiday Twist.

Caylee Cowan is still unmarried and so she has no husband. In fact, she is single and has no boyfriend as she looks on social media.

However, this is not sure that she has not a partner. But if we talk on behalf of her appearance, then she is single and unmarried.

Caylee is almost 23 years old and so she might marry in the coming years.

While talking about her social media appearance, she has more than 518k followers on her Instagram profile and over 11.9k on her Twitter profile.

Despite this, she is also available on YouTube where she has gained about 7.46k subscribers. She currently resides in Los Angeles, California, United State of America.

Caylee Cowan estimated net worth is $3.5 Million dollars as of the year 2022. She has numerous sources of her earnings through which she has created such a huge net worth.

The best source through which she creates her wealth is her acting profession. Actors and Actresses are among the highest-paid persons.

Thus, being an actress, Caylee Cowan build massive capital. Despite this, she can do brand promotions and advertisements and can earn from there.

Also, her modeling career led her to achieve enough money that she today uses for her luxurious life.

She is supposed to earn more in the coming days as she is appearing in a lot of films consecutively. Her annual salary might touch to $1 million in the coming years. 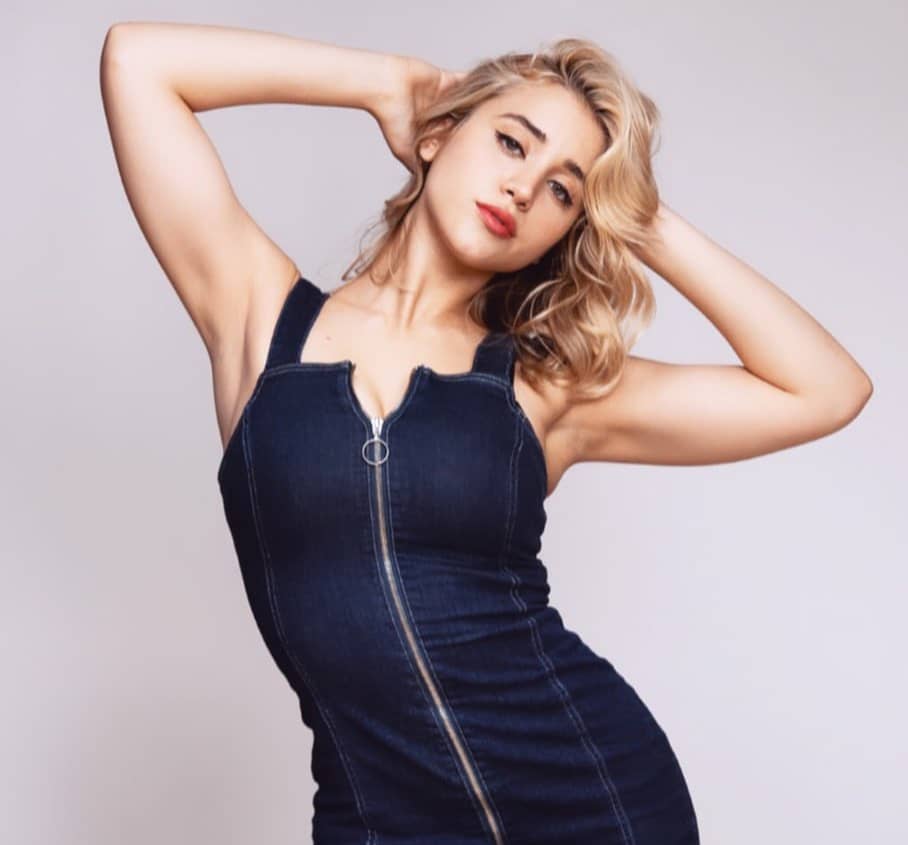 Caylee Cowan has an attractive body figure that really attracts the public eyes. She is about 5 feet and 6 inches (168 cm) tall and weighs 54 kg (121lbs).

She has brown hair and greenish eyes.

While talking about her body color, she is very white and looks pretty in it. Caylee has two tattoos on her whole body.

The first one is on her left ring finger, and the other one is a white ink ‘333’ on her left forearm from tattoo artist Mark Mahoney.

Now, you came to the end of this very interesting biography of Caylee Cowan. We hope you gain whatever you are finding and even if you got far from that.

Caylee is really a rising star who has blossomed recently.

If we look at the long-term perspective, we are going to see her in a very huge position in the coming days.

Hot Read: Biography and story of an inspirational singer, Sinach.

I hope you enjoyed reading the biography and life story of Caylee Cowan. Let us know your feedback and opinion regarding this article below in the comment section.