His greatness and financial success have made his fans curious to know his net worth and earnings.

Well, here we are with his finance-related story that will tell you how, when, and where he made his net worth that much.

So, be with us till the last of this article and explore the financial world of Daniel Levy. 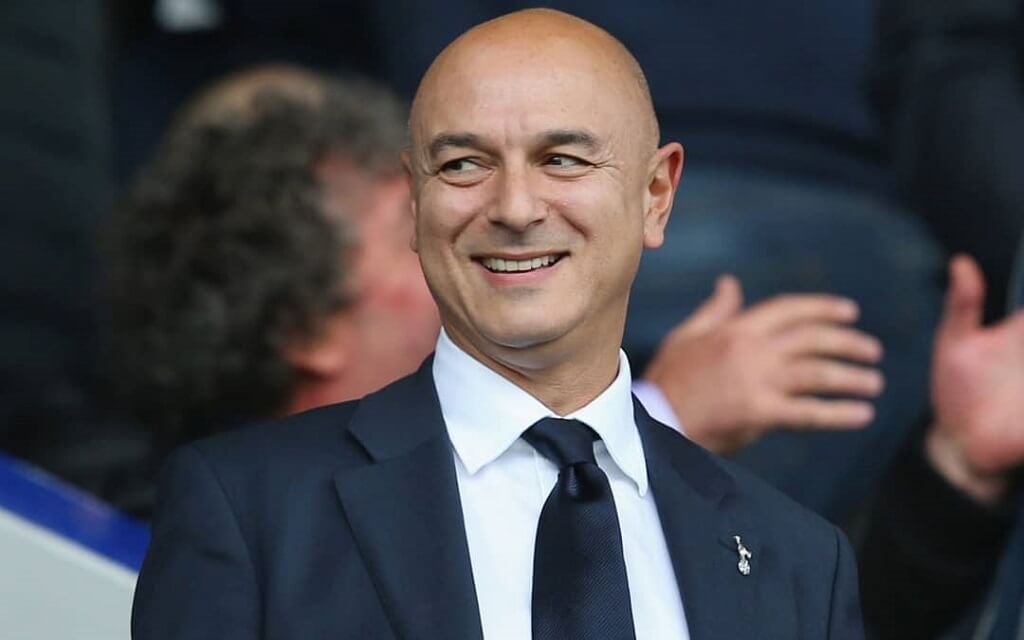 Daniel Levy estimated net worth is £355 Million as of the year 2022. In the previous year, his total capital was standing at around £350 million. But his profession and business power led him to gain more income in a very short span of time.

Daniel has a number of sources through which he came to this place. If we calculate his net worth in dollars, it would be more than $400 million.

Most of his financial growth has been seen because of the Tottenham Hotspur Stadium. The company’s valuation reached a peak of £1 billion in 2019.

He became the highest-paid Premier League executive of the 2019 season.

In fact, Daniel earned a handsome £4 million and received a £3 million bonus for completing the construction and opening of the Tottenham Hotspur Stadium on time.

Who is Daniel Levy?

Daniel Levy is a renowned British businessman who is currently the chairman of Premier League football club Tottenham Hotspur.

He is in this position since 2001, as a result, he became the longest-serving chairman in the Premier League.

He was born on 8 February 1962 in Essex England. Since his childhood, he has truly supported Tottenham Hotspur and attended his first match at White Hart Lane against QPR in the late 1960s.

Daniel had a comfortable childhood, neither poor nor so strong.

He is the son of Barry Levy, the owner of a clothing retail business Mr Byrite (layer rebranded as Blue Inc).

He attended Sidney Sussex College where he did his graduation with a First Class Honours Degree in 1985. 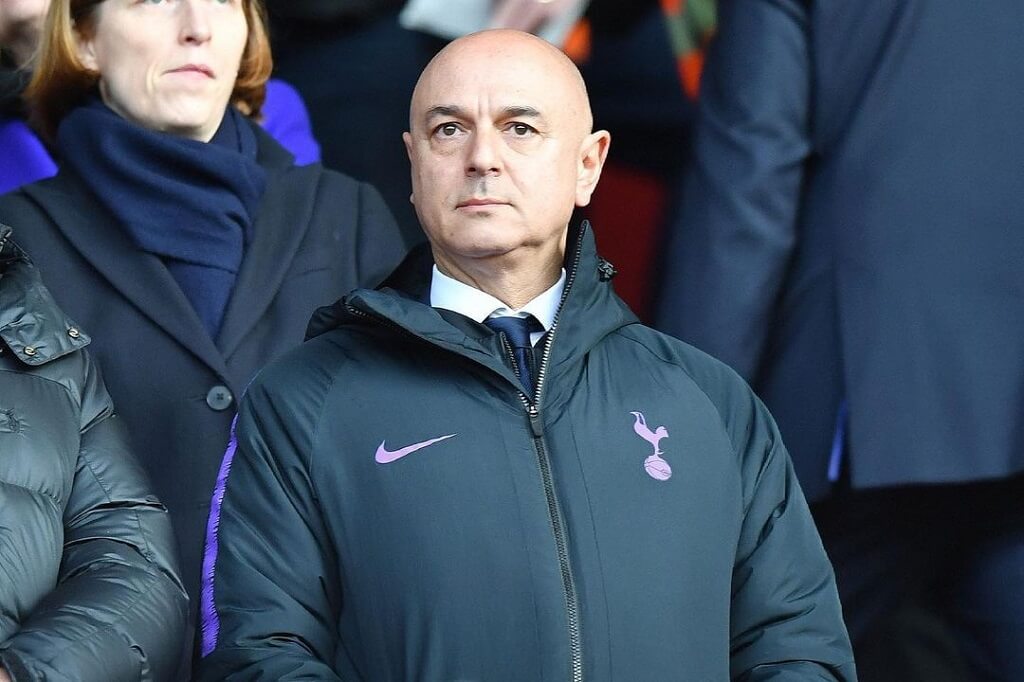 Just after finishing his studies, Daniel was involved in his family business, Mr Byrite. He later increased his experience by involving in property development, along with various businesses.

Following years, he formed a business association with Joe Lewis and attached with an investment trust called ENIC International Ltd that specialized in sports, especially in football.

Besides this, it also covers the entertainment and media field.

In 1995, Daniel achieved his first success by becoming the managing director of ENIC.

Although, he and his family own 29.4% of the share capital of ENIC while Lewis has a 70.6% stake in the company.

Daniel then became a director of the Scottish football club called Rangers. Until 2004, ENIC was holding a significant stake in this club.

Apart from this, ERIC has also a good amount of stake in other European football clubs, including FC Basel, Vicenza, and AEK Athens (but all since sold).

In 2001, Daniel became the chairman of Tottenham Hotspur in 2001, after two attempts. He first tried to buy the club in July 1998 from Alan Sugar but failed.

He then tried in July 2000 but was again rejected. But the increasing hostility by fans towards Alan eventually forced him to sell.

Daniel was then appointed to the board of Tottenham Hotspur on 20 December 2000.

The position came to him after ENIC initiated the purchase of a 27% stake in the club from Alan for £22 Million.

As a result, their total stake increased to 29.9%.

With his great aptitudes, he replaced Alan as chairman of the club in February 2001 on the completion of the sale. With time, ENIC increased its shareholding in the company for gaining complete control of the club.

Thus, they bought the remaining shares from Alan in 2007 for £25 Million. As a result, ENIC turned the club into a private membership in 2012.

As the chairman of Tottenham Hotspur, Daniel earned a massive amount of capital through the club. In the 2017-208 season, the club made a profit of £138.9 million (£113 million post-tax).

This was a world record for a football club.

This is a huge financial growth by such a club. Besides this, there are a number of sources through which Daniel made money easy for him.

Daniel Levy is a living inspiration for financial freedom. The main has such huge capital that he doesn’t have to check his bank balance before buying a Mercedes or Rolls Royce.

This is what real richness knew as.

But besides the fact that he is rich, we should not need to forget his day-night efforts for acquiring this position.

He had to sacrifice his sleep, parties, marriage functions, and even friend circles for this victory.

And now, what matters is his current status, not what he was.

So, try to build the future, forgetting what today you are. A little motivation is enough to bring a big change.

Also Read: Who is Brian Tracy – A Life-changing biography of a renowned person

I hope you enjoyed reading the short financial story of Daniel Levy.

We would be thankful to you if you will share your opinions about him with us.

Disclaimer: The above-mentioned net worth and other financial points have been taken through various sources. So, NextBiography does not guarantee 100% accuracy on the net worth and income figures.