These days, YouTube is like everyone’s daily need as there is no one without having YouTube installed on their phone. And Danny Duncan is someone who has achieved great there.

There are a lot of ways to grow on YouTube. But I personally think that entertaining people is one of the best and growing ideas for YouTube channels.

The same Danny Duncan does. Let’s take a look below at his biography and know everything about him.

Who is Danny Duncan? 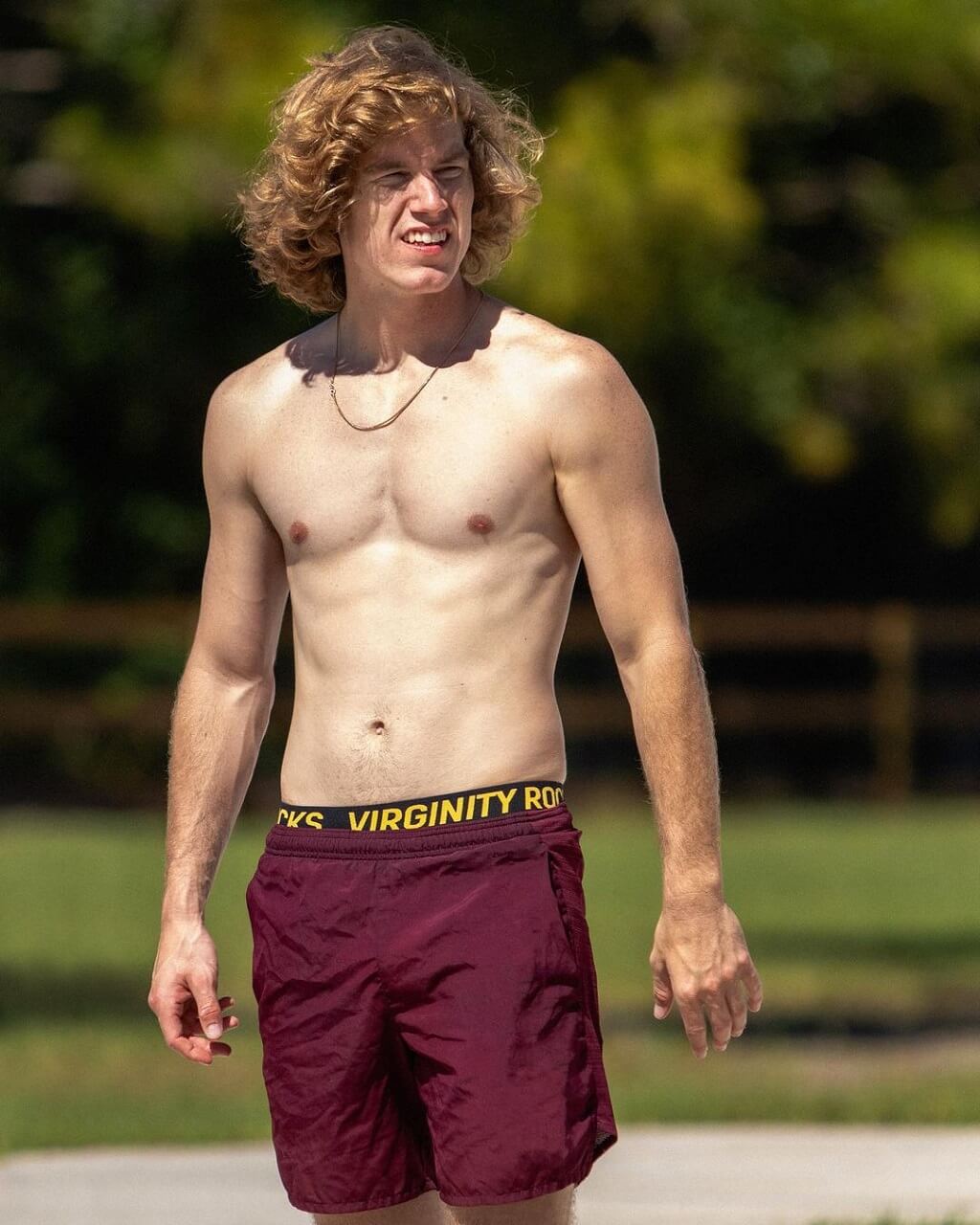 Danny Duncan is a renowned American YouTuber, comedian, actor, and musician. He is best known for entertaining people through his funny YouTube videos.

The social media sensation and YouTube star have gained more than 6.7 million subscribers on his eponymous YouTube channel.

This huge number of subscribers has been achieved by his skateboarding and prank content. Some of his popular videos include Falling With 30,000 Pennies, Grocery Shopping with Danny Duncan 4, and Going Down Stairs on a Hoverboard.

Along with all of his funny practices and videos, he always keeps saying not to take his comedy seriously. All of his videos are just for entertainment purposes and to make other people laugh.

Danny Duncan was born on 27 July 1992 in Englewood, Florida, United States. He was raised in a well-settled Christian family by his mother Susan Duncan and his father whose name is still not disclosed.

Danny’s father has sometimes appeared in his videos. Sources even claim that he is a businessman, though there are no such confirmations.

Danny has two siblings, a half-brother named Mathew and a sister whose name is undisclosed. He had once gifted a brand-new car to his sister.

The famous YouTuber once surprised his mother by gifting her a new house with his video title Surprising My Mom With A New House!.

Duncan completed his primary education at Lemon Bay High School in his hometown of Englewood. After his graduation, he started his professional life doing a job at Walgreens.

However, he was not happy with his work and current position and thus he left it in a few months.

Now, somehow, he got the idea for a YouTube channel and thereby he created one in his name. Since his early days, he is highly attracted to sports and other co-curricular activities.

Danny had always the wish to become a famous celebrity. Following his dream, he launched his YouTube channel and begin his online journey. 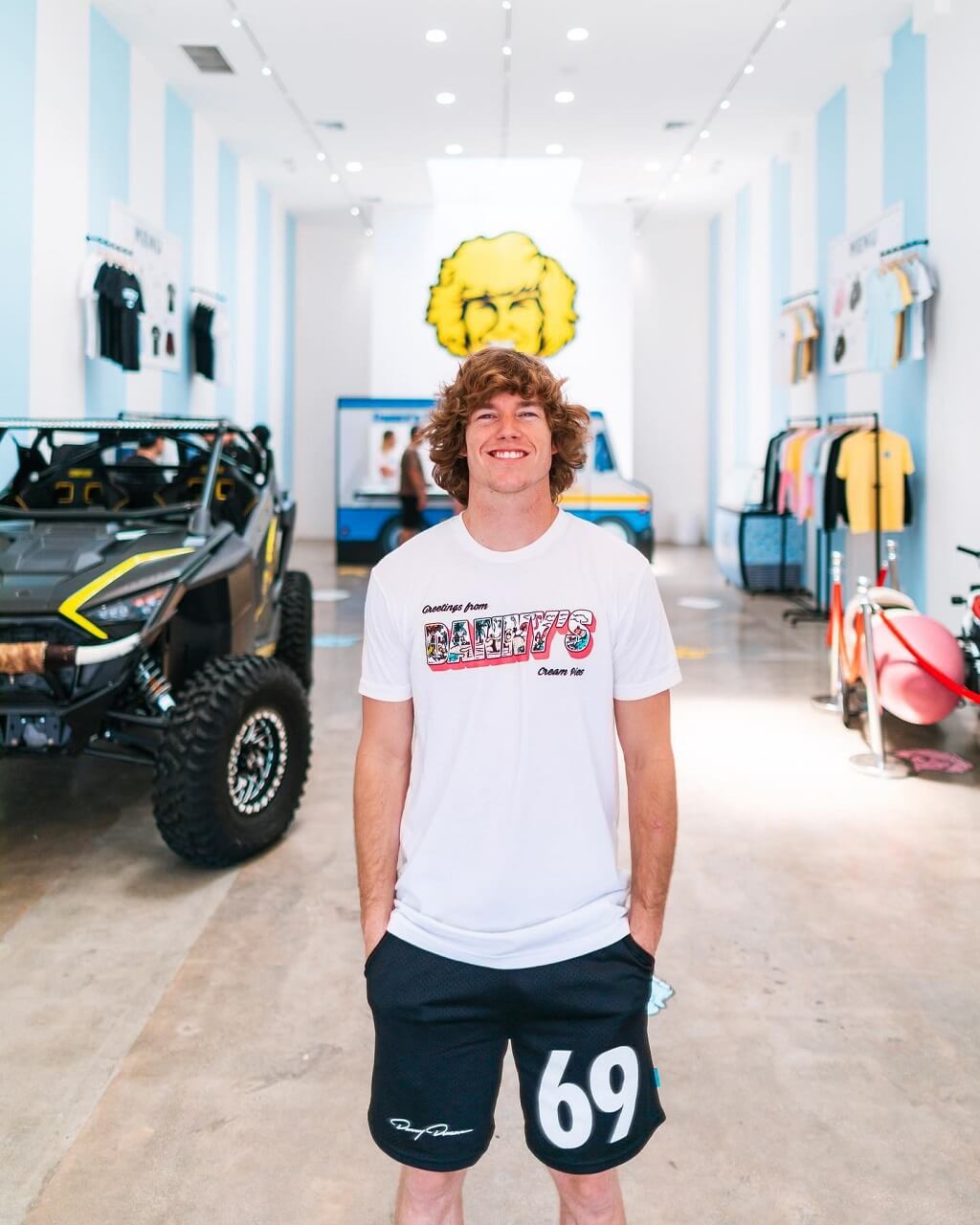 Like other celebrities, Danny Duncan has also had some special periods in his life when he had to face controversies. One day he published a video where he made a pool on the back of his pick-up truck and drove it on the highway.

Shortly, he was complaining about endangering his own and the safety of other drivers. Along with this, he was also accused of a stir after he jokingly gifted the ire of the fans of YouTuber FouseyTube.

In that video, he spoke and exposed that FouseyTube’s pranks were all acted and not spontaneous at all.

However, none of these controversies affected his popularity and he is still rising a lot.

Danny Duncan is not in any kind of relationship nor he has any girlfriend. The famous YouTuber is still single and is not dating anyone.

Now, there can be two possibilities. Either Danny is focused on his career and that’s why not dating anyone, or he may be dating but not openly disclosing to his audience.

Because being a celebrity, there will be always some private things that shouldn’t be revealed to the public, for personal reasons.

And that’s why we can not say something about his relationship status until he will not discloses everything himself.

In 2019, Danny purchased an amazing home in Los Angeles for $3.5 million. His current house is in prime Beverly Grove, adjacent to West Hollywood.

Next year in 2020, he had a plan to gift many of his fans $2,500 USD on the eve of Christmas day. At that time, he also gifted a brand-new car to a woman and got emotional.

Danny and the late Papa Jim were two close, but not by blood. The two used to entertain people together, in some of his videos and he was loved so much by his audience.

Papa Jim was David Tomchinsky’s grandfather, who is also the executive assistant for Duncan’s brand.

Danny Duncan estimated net worth is $7 million as of the year 2022. Earlier in 2021, his total wealth was somewhere around $5.5 million.

This means Danny Duncan has made nearly $1.5 million so far this year. And most likely, his total fortune will get close to the current figure by the end of this year.

Danny Duncan has made most of his fortune through his YouTube career. Besides this, like other celebrities, he has also the potential to make a huge amount through sponsorship and brand promotions.

Also, the YouTuber and social media star can make quite a good amount through paid advertisement and endorsement deals.

As of 2022, Danny Duncan’s annual salary is $1.5 million approximately and it seems to grow more with the rise in his subscribers and views.

Danny Duncan is neither too young nor too old as per his physical appearance. He is just 30 years old and looks amazing from every perspective.