The gaming industry has significantly increased in the past few years and the competition has also become serious. As we have a justified number of renowned gamers, Darren Watkins is one of them.

He has been creating content on social media platforms and has his own YouTube channel IShowSpeed which is booming.

He has been uploading content about his life vlogs, challenges, pranks, and his game performance.

Let’s now know more about this famous YouTuber and social media personality without any further delay.

Who is Darren Watkins? 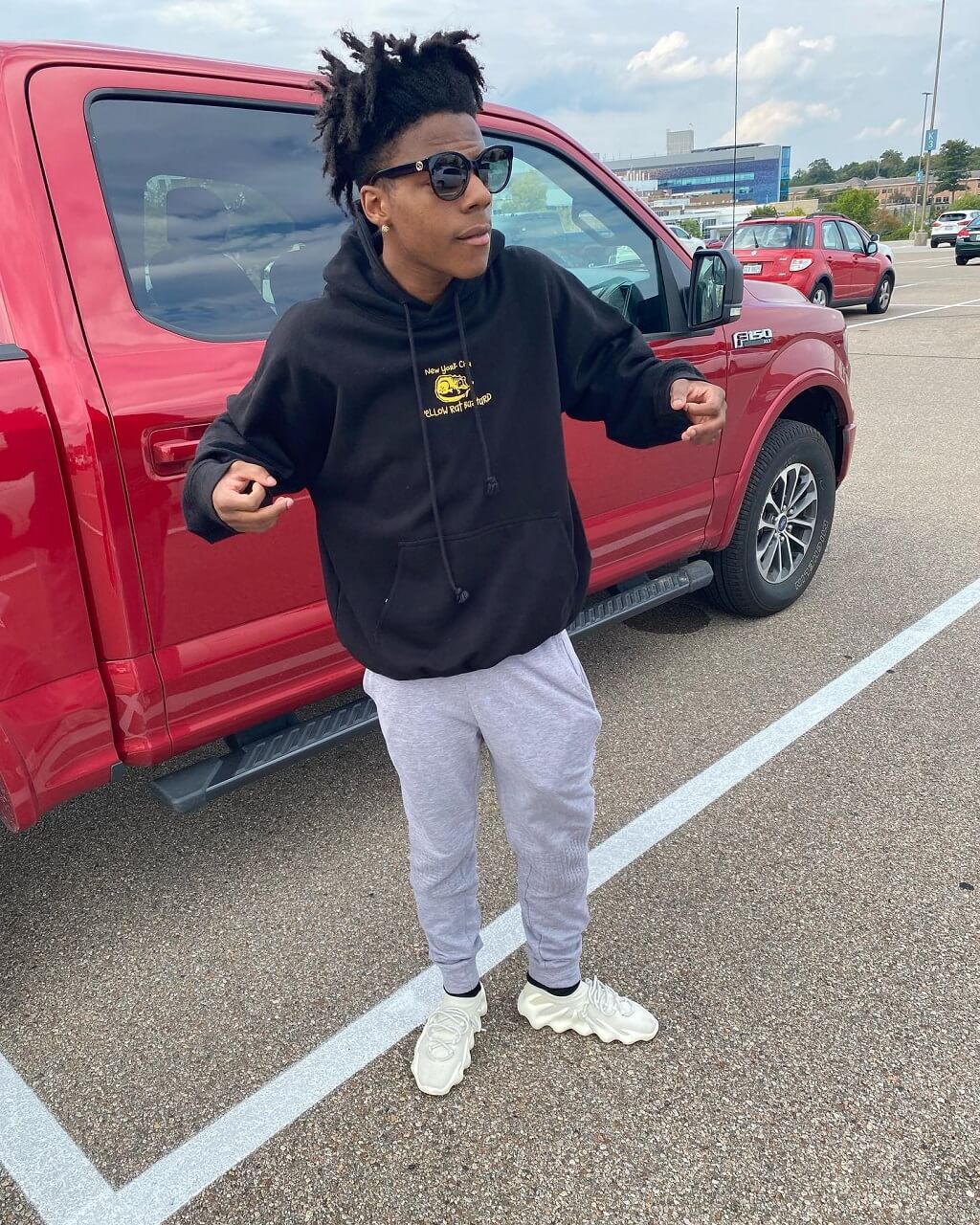 He is most popular by his YouTube channel name IShowSpeed, fans have also started calling him Speed.

The famous personality used to create Content on the youtube channel based on NBA 2K game plays.

Also, he used to make tutorial videos on his youtube channel IShowSpeed, which is loved and appreciated by the audiences a lot.

He was born and brought up by his parents in Cincinnati, Ohio, the United States, and holds an American nationality.

His ethnicity is African-American. Currently, IShowSpeed lives with his mother in her house. However, after turning an adult he might move out soon.

However, there is no information available about his family available as of now. The names and professions of his parents are currently not known.

This might be due to security concerns. He has a supportive mother and she also gets featured often in his content.

Darren was motivated to start doing YouTube by a friend. The irony is that his friend stopped, but he persisted in keeping the audience engaged and made tremendous improvements.

Darren basically started his YouTube channel as he was bored in the middle of lockdown in 2020 and wanted to try something new.

Given that he started making videos and entertaining the world on April 21st, 2020, and hasn’t stopped since then.

Prior to devoting most of his efforts to Youtube, he worked in a Nursing Home, delivering food to the elderly.

Darren, on the other hand, has been dedicated to Youtube since he began making videos on a regular basis and watched the channel rising.

He gained so tremendous following on the platforms in such a short period of time because he was unique in the way that he was one of the few who were producing high-quality streams concerning NBA2k20 and NBA2K21.

Darren also offered some advice to aspiring content makers, and young gamers emphasizing the need of being unique while also understanding one’s strengths.

Talking about his YouTube the young star shoots himself while playing various games as well as provides details about his personal life.

And worth mentioning his YouTube has currently 11.5 million subscribers and 1.1K videos as of 2022.

As we are talking about his various social media handles how can we forget the good-old TikTok?

The young star has also got a handsome following on TikTok as well with more than 6.2 million followers.

According to media sources, IShowSpeed appeared to be arrested by law enforcement officials while filming a live stream for his YouTube channel.

The YouTuber, who’s not shy of controversial moments on social media, went viral after setting off fireworks inside his room on July 4, 2022.

He went all over Twitter after police officers interrupted his live stream. However, there was no official statement on the incident so far to be found.

Let’s now talk about one of the most interesting topics in this article. Currently, we do not have any such information about his dating life.

However, according to media sources, Darren’s heart has been shattered in the past. His fiancee cheated on him about which he uploaded an authentic video on his YouTube channel.

As of now, we have a sense that he might be single. But we cannot give this statement a high five. We will definitely let you know as we get some clear evidence about it.

Darren Watkins has an estimated net worth of approximately $400K as of 2022.

He has earned a considerable amount mainly from his Youtube career, a tremendous amount of money through sponsored posts, brand deals, and endorsements.

There may be his other income streams which we are not currently aware of. We’ll keep you updated the same as we do receive any information on it.

Darren Watkins is a handsome young man with a cheerful and spontaneous personality. We would say he has quite really decent social skills which makes him more agreeable.

Thank you so much for reading this article on Darren Watkins. Please share your valuable thoughts and views about this article in the below comment section.