It is the era in which talented people are born in every house but the difference is that some of them know how to utilize it and make a name at a small age.

The same is the description for a 17 years old girl Desiree Montoya who has achieved huge success at this small age and becoming ideal for millions of people.

Who is Desiree Montoya? 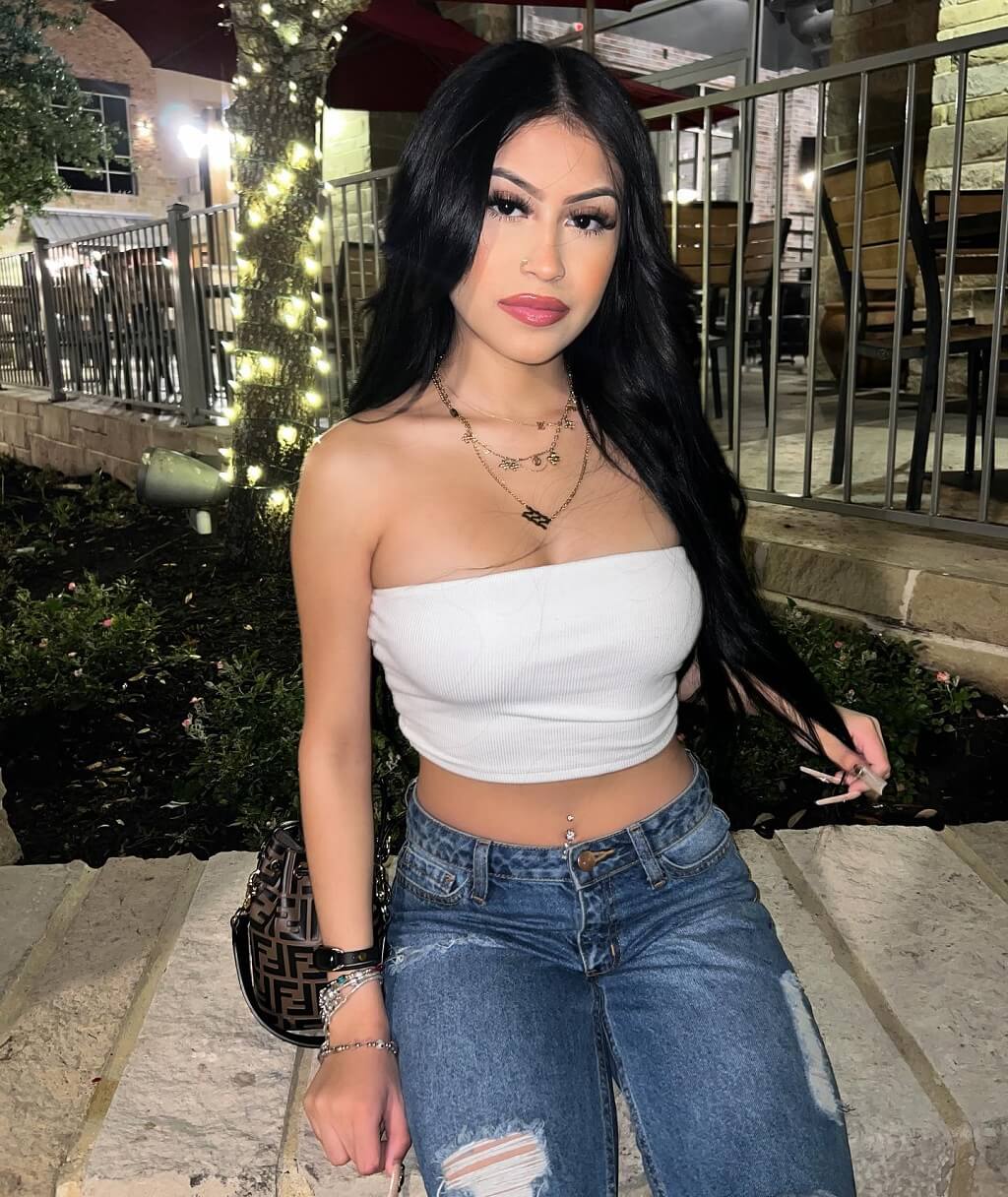 Desiree Montoya is a social media star. She rose to fame when she began sharing her lip-syncing video on TikTok. Her stardom further increased when she started sharing her day-to-day life on Instagram.

Along with the use of TikTok and Instagram, she is a Youtuber too. It owes to her extreme and artistic perspective that he possesses unique vocal skills.

She shares her hip hop and R and B songs frequently on social media platforms.

The Early Life of Desiree Montoya

Desiree Montoya was born on February 23, 2005, in Texas, United States. Currently, Montoya is 16 years old and she is born under the sign Pisces. Talking about her nationality she is an American and follows Christianity.

Few names from her family are known such as her mother Mayra Martinez. Her mother and brothers have frequently appeared in her videos. She has two brothers whose names are Joseph Montoya and Edward Montoya.

Moving to her educational background, the name of her school is not mentioned in any social media profile nor has she talked about any of her institutes publically.

Considering the age of Montoya, she might be studying at high school. 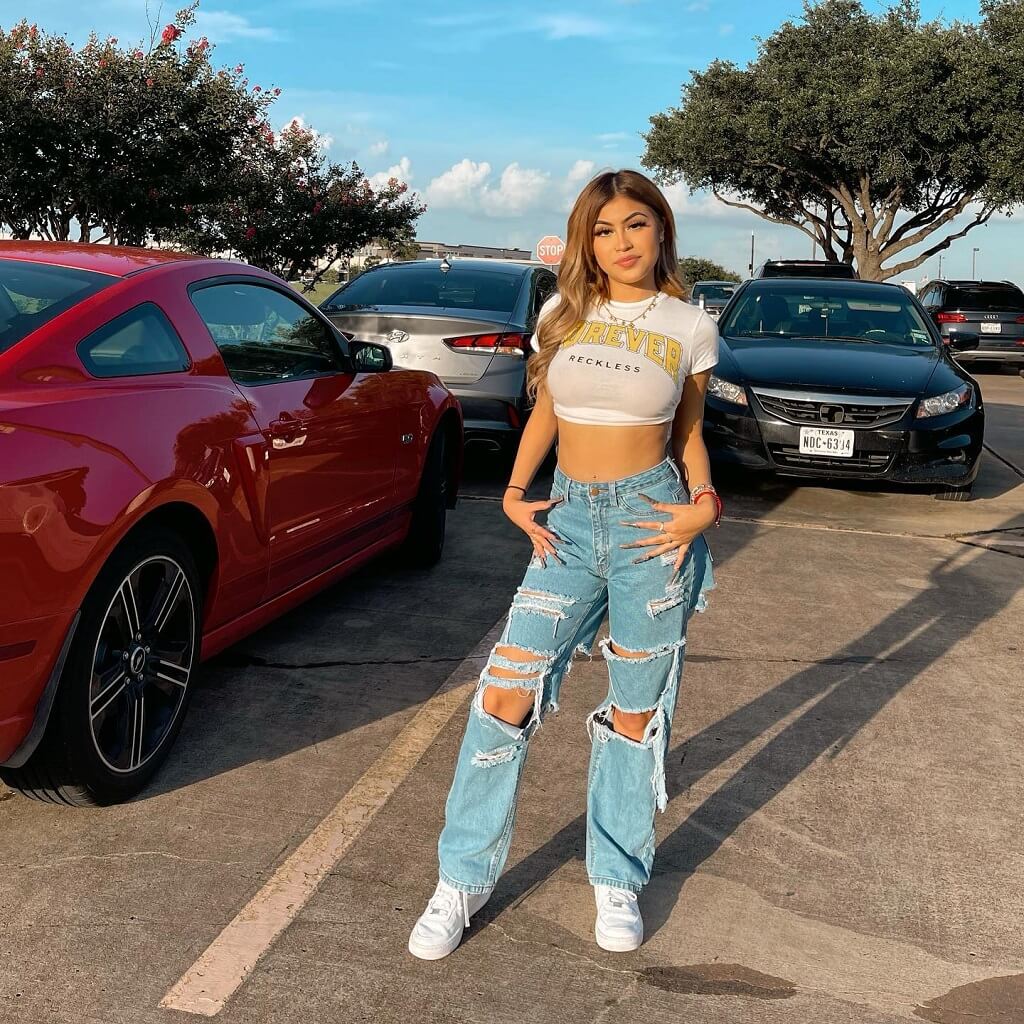 Desiree Montoya rose to fame after uploading lip-syncing videos on TikTok on which over 2.9 million fans follow her.

She is also a very famous Instagram celebrity who is popular for uploading her beautiful videos and pictures and millions of followers follow her there too.

Desiree Montoya is a Youtuber as well who joined YouTube on June 27, 2018, and now she has 266k subscribers on her channel.

She uploaded her first video on Aug 30, 2018, that was titled “Grwn first day of 8th grade and mini vlog!!”. This video became very popular and hit millions of views till now.

On the YouTube channel, Montoya mostly uploads makeup, shopping, vlogs, and collection videos. She took the start of her career by using TikTok.

One of her famous lip-syncing videos on TikTok that became viral was Toni Romiti’s hit single “I know”.

Montoya after getting famous TikTok never stopped uploading content over there and today she succeeded as one of the most followed TikTok stars.

After her success on TikTok, she headed towards Instagram, and there she got fame too stepping out as a successful influencer. The same is the case with the YouTube journey that is growing with new subscribers every day.

Montoya has named her fans “Desinators”. She owes a secondary Instagram account too with the name mfkingdesii. She has also been observed promoting the phone case brand Casetify on her TikTok account.

Alongside fellow influencer Jazlyn G she has been seen making content.

Desiree Montoya is also a member of the TikTok group The Bay House FL.

Desiree Montoya seems to be in a relationship more than once.

Firstly, she was in a relationship with Baby Diego with whom she started a YouTube channel that was named “Diego and Desi” on which to date they uploaded only one video “Boyfriend does Girlfriend’s Makeup” with which channel showed splendid growth of 74.1k subscribers.

But unfortunately, the couple got separated and after their separation, the YouTube channel is not active anymore.

Now she is in a relationship with Vincent Whitaker who is also an Instagram star. Vincent is popular for his fitness, lifestyle, and travel photos.

Both of them share pictures on their respective social media accounts. Both of them began dating in 2019.

Desiree Montoya estimated net worth is $0.4 million. She earns a huge amount through her videos on Instagram and TikTok. She also earns through posting videos on YouTube.

Desiree Montoya has updated her information such as her physical appearance. She stands at a height of 5 Feet and 5 Inches and her weight is 47 kg. She has got a slim figure with the addition of a beautiful voice.

Montoya is complemented because of her dark brown hair and dark brown eyes. Her chest-waist-hip measurements are 34-24-32 inches respectively. Her shoe size is 5 [UK].

Next Read: Who is Rick Campanelli?