Devyn Winkler is famous for being the Curly-haired dance and lip-sync content creator who rose to fame by sharing short-form videos on her @devvyyy_ TikTok account. She has gathered more than 4.7 million fans on the platform.

Before becoming famous she played competitive volleyball throughout her youth and wanted to have a career in sports.

Little did she know that one day she would emerge to become a well-known social media sensation.

Who is Devyn Winkler? 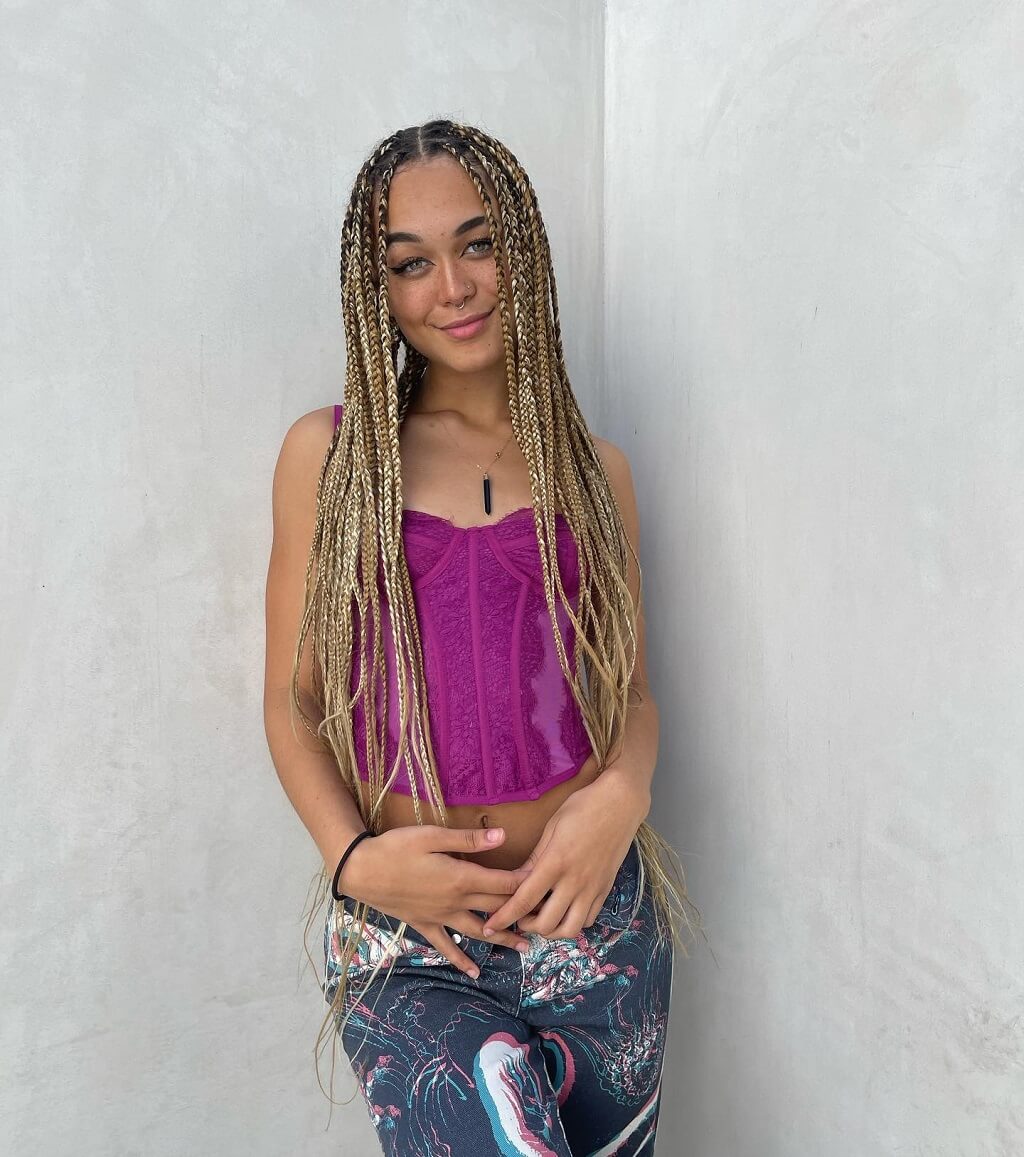 Devyn Winkler is social media influencer who had an interesting transition from sports to being a TikToker .

Winkler stepped into the social-media scene through ‘Instagram.’ Initially, like any other ”Instagrammer,” she would post random pictures from her daily life. Her looks gave her a lot of attention online, which prompted Winkler to connect with her followers.

In an attempt to attract more attention as a social influencer, she turned toward ‘TikTok’ and thus started her social media journey.

She was born in the United States of America. She currently lives in Texas.

Devyn holds an American nationality and belongs to a mixed ethnic group. Her father is a private company employee and her mother is a teacher.

Devyn was born into a Christian family and she is a Christian herself. However, the names of her parents are not known as of now as she has not revealed them yet.

But it is known that she has a younger brother who has appeared on her ‘Instagram’ posts a few times. His name goes by RyRy Winkler.

She also has a sister named Kaylyn Winkler.

Devyn Winkler being a 19 year old is supposed to go to college now but it is not known whether she has enrolled in one or not.

However, she did complete her schooling at a local high school in Texas. She excelled in sports as a child and wanted to pursue volleyball.

But sooner or later she caught on with the trend and made a mark on Instagram becoming one of the most well-known social media personalities. 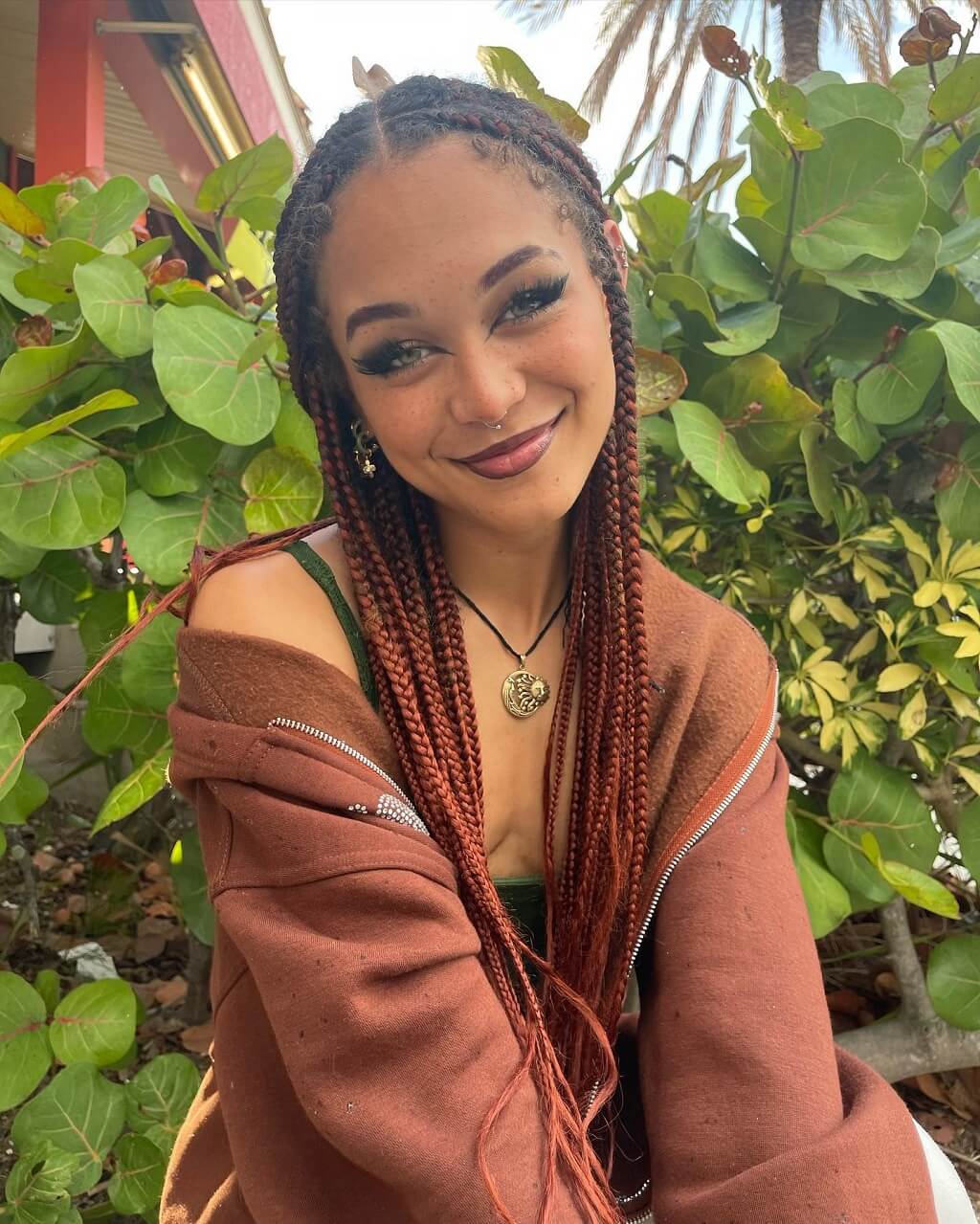 Devyn Winkler is an American social-media influencer who rose to fame for her entertaining ‘TikTok videos. This beautiful curly-haired influencer began her journey on social media through ‘Instagram.’

Her flawless skin and gorgeous looks have earned her a lot of attention. She later carried her ‘Instagram fame to ‘TikTok,’ where she posts entertaining and funny lip-sync performances.

Winkler’s talent helped her build a massive fan base, with millions of ”likes” on ‘TikTok.’ Unlike other established ‘TikTok performers, Winkler does not own a ‘YouTube’ channel, but one can still find her ‘TikTok compilations on her fans’ channels.

She has created duets with a number of other TikTokers and became a member of Not a Content House. Later she joined the Just A House collective. She was a member of the content creator collective The Vault.

Devyn Winkler is currently single. She is not dating anybody that is known of.

Her past records of relationships too are not available. It seems that she is too secretive about her personal life.

Devyn does not like to talk much about this aspect and it’s alright because we as fans respect her privacy.

According to some sources, Devyn Winkler’s Net Worth is $1 Million US in 2022.

She is one of the top young social media personalities in America who got fame through her amazing TikTok videos.

Devyn Winkler’s monthly income is more than $9,000.  The primary source of her income comes from filming, videos, and a YouTube channel for which she earns a lot.

Devyn Winkler is one of the known social media stars and models in America and she is living a luxurious lifestyle. She resides in a beautiful house which is located in one of the most valuable places in San Antonio, Texas.

She earns money by endorsing many brands such as ‘Coastal Love Jewelry, Vogue, and many others. Apart from that, she is also a member of ‘The [email protected]”

The curly haired social media sensation is quite an enigma on screen. She looks super cute with her hairdos.

Devyn Winkler has a height of around 5 feet  8 inches or 173 centimetres and her weight is 57 kilograms or 125 pounds.

Devyn likes minimal makeup and looks so good without even having any makeup on. It is her personality that makes her so attractive to her audience.

So this is all you need to know about the famous TikToker.

Thank you for reading this article about Devyn Winkler. Please feel free to share any of your thoughts and opinions or any other information that you may find and write it down in the comments section below.