Dhruv Rathee is one of the best Indian journalists who stand for people in every case. Although, he had faced a lot of criticism sometimes, however, he continued his job and spread the truth across the country.

Let’s see the biography and life story of Dhruv Rathee and know how he became popular.

Who is Dhruv Rathee?

Dhruv Rathee is an Indian YouTuber, Vlogger, Scuba Diver, Social Media Influencer, Activist, and a Mechanical Engineer. He is widely famous for his debates and comments on politics.

He is neither belong to any political party nor has an immense background. Despite this, Dhruv fights against the wrong political activities.

Dhruv Rathee has a very strong and big follower community. This helps him to loud his voice against bad political activities.

Even he has been invited to the NDTV Channel in talk with Ravish Kumar (Indian Journalist). Dhruv has such an act of wonderful courage and motivation that led him to stand against the evils of society.

Let’s know the full biography of Dhruv Rathee below in this biography. We will see how he came at this stage from being a simple person.

Dhruv Rathee was born on 8 October 1994 in a Jatt family in Haryana, India. His father, Mr. Rathee is a well Businessman. Dhruv has shown a big curiosity in scuba diving from a very young age.

Dhruv Rathee completed his elementary schooling at a CBSE school near his native place, Haryana. He then moved to Germany to pursue his education in Mechanical Engineering.

There he also completed his Mastery education in Renewable Energy Engineering.

After completing his education, he worked as a Mechanical Design Engineer. Although, he bored after few times and decided to leave his job.

He then created his YouTube channel on 8 January 2013 and named, Dhruv Rathee. There he posted few photography and travel videos with his iPhone.

Although, Dhruv’s interest in politics was already thrown during the Anna Hazare movement of 2011. But he was giving himself some time to learn more about it and to know the past events.

He has left with everything and was only focusing on political actions and behaviors.

This led him to a bit level of fame. However, he didn’t stop and pursue his work.

Dhruv later posted a video related to the odd-even traffic rule announced in Delhi. He wanted to answer the Delhi boy who praised BJP and was against Shri Arvind Kejriwal.

When I saw peoples sharing Ajay Sehrawat’s video without knowing the actual fact. I thought to present the actual facts in front of them so that they will understand the truth.

Dhruv gained a lot of popularity after this video. His social media accounts overflowed with followers and messages.

He soon launched Pee News, a satire fake news segment where he put the truths regarding BJP and Hindutva. He also led to the formation of another show, The Dhruv Rathee Show, where he also does the same jobs.

Dhruv is directly connected to the political field. Therefore, he had been sure to face a lot of controversies in his life. Below are the major controversies he has faced in his career.

There is always a personal life for every person. Similarly, Dhruv Rathee also wanted to keep it more secure as he can.

However, he has revealed some of his life moments on his social media platform. Dhruv’s girlfriend’s name is Juli, and both are dating for over 5 years, as he said in the caption of his Instagram post.

They used to move together everywhere, while at video shooting or during travel. Dhruv loves to spend his time with her.

There is no official announcement from him about their marriage. They are still unmarried. Dhruv always used to mention her girlfriend’s (wife) account in his caption, which is @juli_lbr

We already know the popularity of Dhruv Rathee on YouTube. But he didn’t stop here. He has a very strong and powerful follower community on his social media platforms.

Dhruv has consistently given his time on his social platforms to engage new people with his vision. He has also received the authorized sign on his accounts which proves his truthiness and popularity. Below are his profile links with his follower count.

Dhruv has over 5 million subscribers on his YouTube channel and has posted over 318 videos. He also owns his Vlogging channel which he created on 14 July 2020 and yet he has earned over 794k subscribers.

Apart from these, he also came to many news channels, including NDTV where he put the political views. He has been mentioned in newspapers and in several articles.

The age of Dhruv Rathe is 26 years (as of 2020). He looks so attractive and smart with owning a six-pack body. His net worth stands around $4 million, as of 2021. He majorly earns from his YouTube channels.

Dhruv Rathee belongs to a well-educated family. His father is usually a businessman and running his business since Dhruv’s childhood.

Also Read: Who is Virat Kohli?

Apart from all of these fights and controversies, Dhruv lives a wonderful life which could be seen on his Vlog channel. He used to make Vlogs with his girlfriend, Juli.

She is a medical student and also a part-time camerawoman. Juli has over 163k followers on her Instagram account. 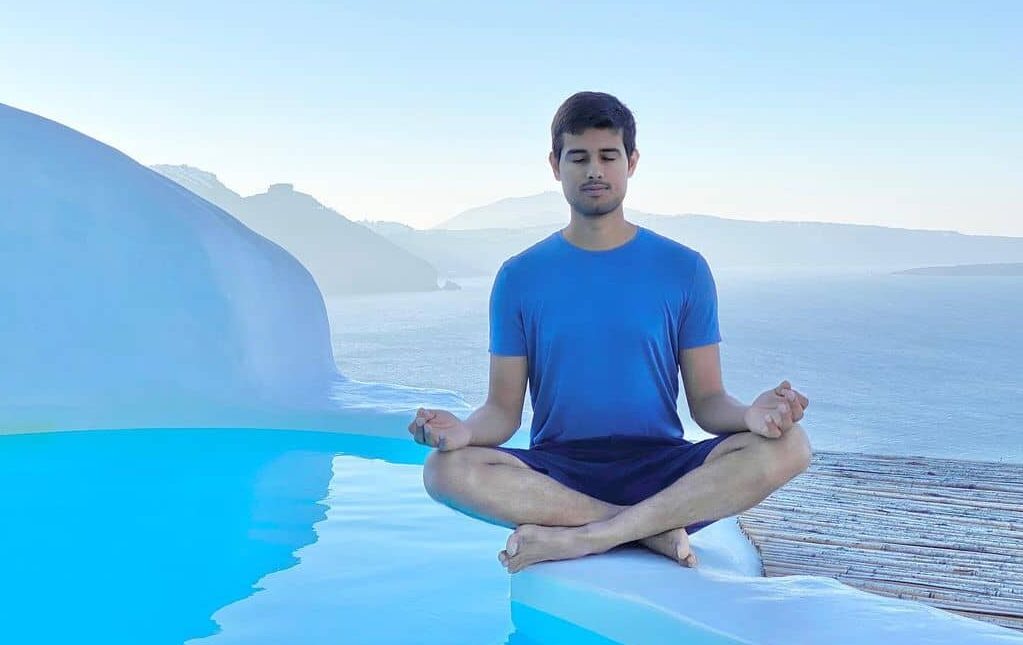 They like to travel to different countries for their video shootings. Majorly it has been seen that they spent most of their time in Germany, Sweden, Italy, and Spain.

Currently, Dhruv has uploaded over 64 videos on his Vlog channel which total has gained almost 450 million views.

Dhruv Rathee was a simple and normal person during his childhood. He grew up with the intensity of being a mechanical engineer. But his thoughts changed with time and he later entered into politics.

Dhruv hadn’t a source to spread his thoughts and views of politics. So, he created his YouTube channel and named, Dhruv Rathee.

At starting, he was uploading travel videos, but shortly he moved towards his vision and posted a few political videos. He also faced several controversies but never quite.

Dhruv is an inspiration for the youngsters of the country to stand against evil societies. He runs several shows through which he educates the peoples about the right and the wrong activities. Dhruv is an amazing and powerful man of this era.