Dimitri Hamlin was born to parents who were celebrities. Unlike his famous parents, who often appear in front of the cameras, he prefers to keep most of his life away from social media.

Even then, he has established a well-founded career in the entertainment industry.

Dimitri Hamlin is one of Harry Hamlin’s children and the only child of his mother. His father is a respected actor, entrepreneur, and author.

It is quite interesting to know what the son of a famous actor does.

Who is Dimitri Hamlin?

Dimitri Hamlin is an actor, performer, and DJ artist. Though his parents are extremely talented and have high reached positions, he has made his mark on his own.

The interesting fact about Dimitri is that he is not the only child of his father. He has many step-siblings and all of them share some special bonds.

Dimitri is one of the older children and has made his mark in Hollywood.

Dimitri was born in Los Angeles, California, in the United States. Thus he has an American nationality but he is of mixed ethnicity.

His mother’s name is Ursula Andress. She is an actress and former model.

The couple was together until 1983. The two went separate ways when their son was only three years old. Little Dimitri did miss his parents but was able to be a good child by completing his studies well.

Ursula left with her son after breaking up with Harry. However, Harry continued to be a part of his son’s life. The father and son have a good relationship and have been spotted attending different ceremonies together.

Lisa Rinna is his current stepmother.

Dimitri did his schooling in America and then got into Princeton University. He got his bachelor’s degree in Philosophy. 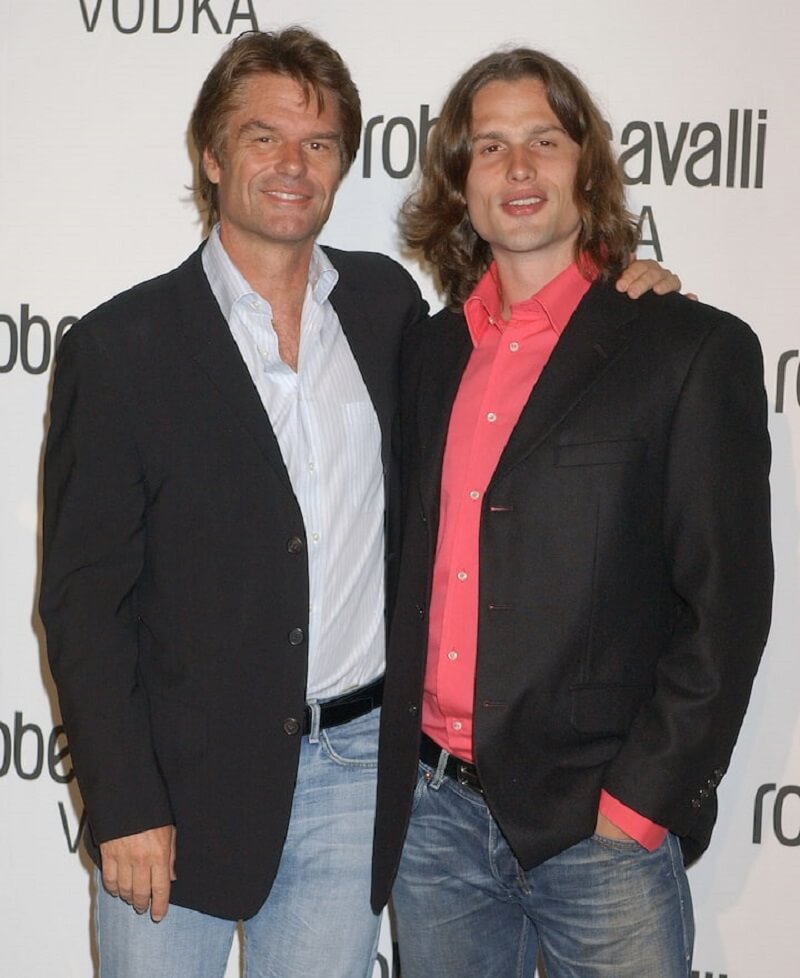 Dimitri Hamlin is an actor, model, and a DJ by profession.

He loves music, particularly technical music, and is known to play disk jockeying in some European clubs. Besides being a DJ, he is also an actor.

In 2015, he appeared in the television series titled My Daughters. Its original title was Caterina e le sue figlie. He also portrayed the character of John in the short drama known as Say Cheese.

The production is set to be released in 2022. The drama is about a picture-perfect family of four that embarks on a road trip. During the trip, events that show their true identities unfold.

Dimitri has kept his relationship status private. There are no details of his girlfriend or even rumors of any relationship.

Whether he is married or not, even that is not known.

However, he does share a very good relationship with both his mother Ursula and his father Harry.

He is even seen with his step sisters on road trips.

Next Read: Who is Ted Danson’s Ex-Wife Casey Coates?

Although Dimitri is an actor, DJ, and model, his annual or monthly earnings are not known.

Even then Idol Net Worth estimates his net worth to be $5.5 million as of September 2022.

His father, Harry Hamlin has an estimated net worth of $10 million, while his mother, Ursula Andress has a net worth of $25 million.

Dimitri Hamlin has not disclosed anything about his net worth or even his personal life. He is quite a private person who likes to share his achievements with his close family members.

Dimitri Hamil has a strong physique of 6 feet 1 inch or 185 centimeters.

He is yet to disclose his weight to the public but his looks estimate that he will be about 70 kilograms or 139 pounds.

He has dark brown eyes and is a brunette. Dimitri is extremely fit physically and hits the gym regularly.

Unlike his famous parents, he rarely makes media appearances.

Thank you for reading this article about Harry Hamlin’s son. Please feel free to share any thoughts and opinions on this article and write them down in the comments section below.

Next Read: Who is Steve Buscemi’s Son Lucian Buscemi?