Dr. Umar Johnson is one of the great men for the black people communities in the world. As he is consistently standing with them and helping them truly.

Although he had a very bad childhood, his hard work and efforts led him to achieve great success in his life. Dr. Johnson has such an amazing life story that can influence you within the next few minutes.

So, begin this very inspirational biography of Dr. Umar Johnson and move towards your dream of facing problems.

Who is Dr. Umar Johnson? 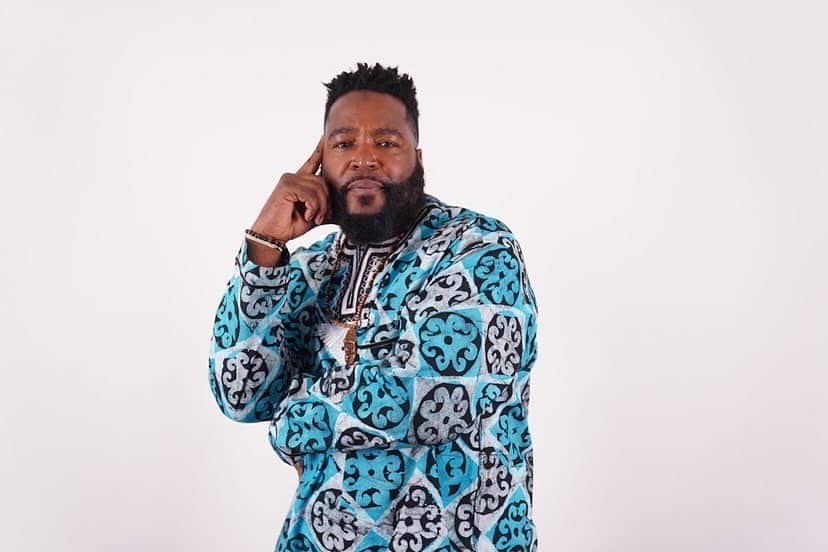 He is widely famous in the world for being stand with black people’s communities and for helping them so far.

In fact, he is on the way to opening a special school for black students where he will provide higher-level education like other communities.

Dr. Johnson is doing all he can for backing black people in equality with white ones. However, he has both haters and followers in the vast majority.

Some people consider him a fake person and some consider him their idol. Now, it’s your turn to give your feedback on his life story.

He is also an author and has written a book titled “Psycho-Academic Holocaust: The Special Educations & ADHD Wars Against Black Boys”.

Let you below in his biography how these all started and where he is now.

Although, Johnson’s parents got separated during his childhood and his father did second marriage to Bernice Elizabeth Dockins.

Later, he grew up with his stepmom along with his 10 siblings. Also, being in the Muslim religion, his father thought to change Umar’s name from Jermaine Shoemake.

As it was taken by his former mother and that’s why it later changed to Umar Johnson. 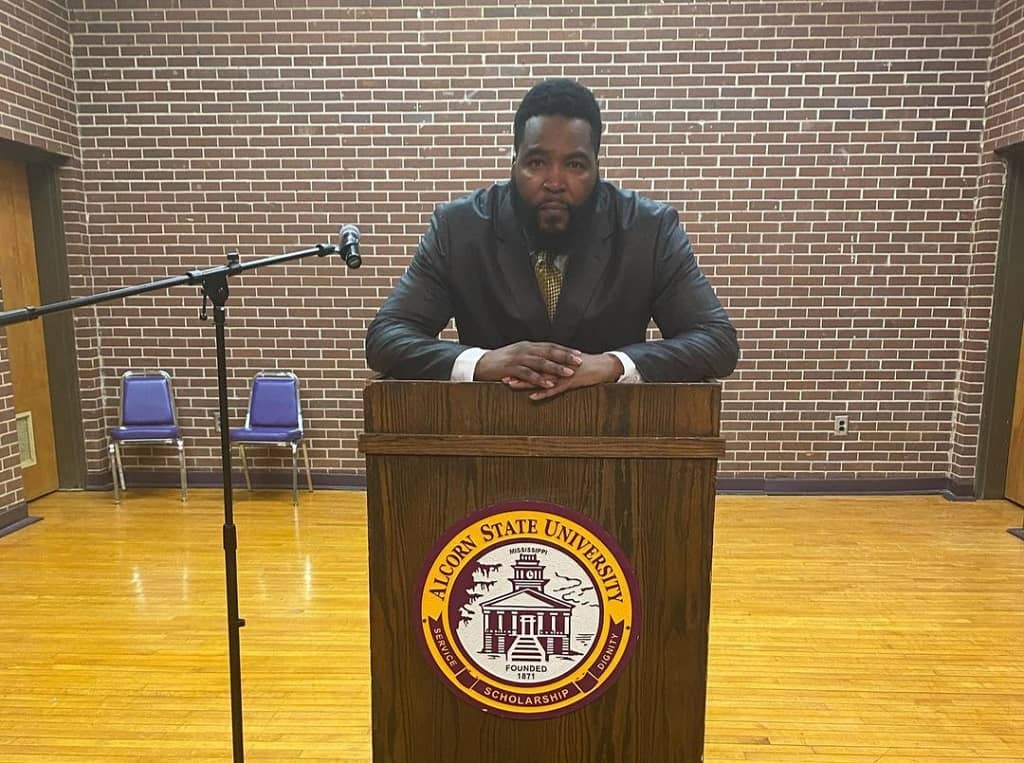 Dr. Umar Johnson started his elementary education at a local school in Philadelphia. He then enrolled in the former Scotland School of Veteran’s Children in Chambersburg, Pennsylvania, and graduated in 1992.

Later, Dr. Umar Johnson joined the Millersville University of Pennsylvania to pursue his further education. There he earned two Bachelor of Arts degree of Arts (B.A.) degrees in Political science and Psychology in 1997.

Dr. Johnson then backed to his native place Philadelphia and joined Hannehmann University. Further, he again moved to Millersville University and earned a master of science degree in School Psychology.

Along with this, he also got the license to practice in the state. Dr. Johnson again came to his native place and this time he worked as a school psychologist in the school district of Philadelphia.

Dr. Umar Johnson begins his career as a psychologist in his native school. Several years later of his teaching, he went to Pennsylvania and enrolled at Lehigh University.

There he earned his fourth degree which was a master’s degree in Educational Leadership.

Following his higher education, he resigned from his earlier job and joined Charter School, Chester, Pennsylvania, and worked as assistant principal.

Back in 2012, he earned two more degrees, a master’s and a doctorate from the Philadelphia College of Osteopathic in Clinical Psychology.

Further, he became an active member of the Philadelphia chapter of the Universal Negro Improvement Association (UNIA). Although, he resigned from here after few times.

His physiological concepts made him write a book titled ‘Psycho Academic Holocaust: The Special Education and ADHD Wars Against Black Boys. 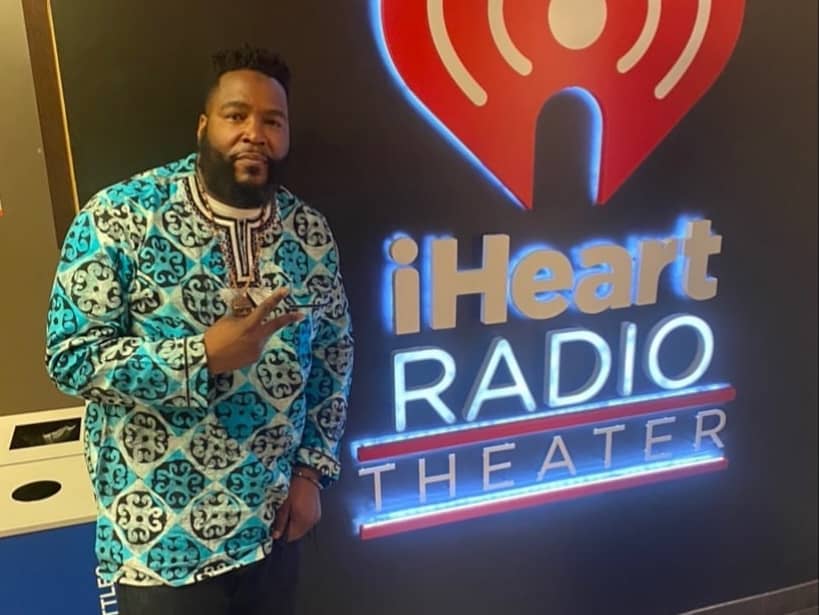 In this book, Dr. Johnson has alleged that African American students are purposely misdiagnosed with learning disabilities as part of a conspiracy of Psychological warfare against black people.

He believes that such activities are only because of the lack of fathers in Africa American households and that resulted in a lack of masculine energy.

He launched an initiative in which he said to raise $5 million to buy St. Paul’s College, Lawrenceville, Virginia.

And further to convert it into a boarding school for young black African American students.

The school has still not completed fully as of 2021. He believes that the reason for this is because of the lack of support from Back people.

In one of his interviews with Breakfast Club, he talked about the construction of Fredrick Douglass Marcus Garvey Academy (FDMG) and how the school needs $300K in electrical and plumbing installation.

Dr. Umar Johnson also believes that if he were a Mexican, the school would have been completed very earlier as the other communities care more about education than the black people.

Moreover, he is requesting the black people on Instagram for donations, saying that they have already spent $19 million annually on Quaker Oats grits.

This is true that Dr, Umar Johnson planned to open a school and executed it for the black people community.

However, he is criticized for one of the things related to this project. Some people considered him a fraud for his fundraising tactics for the FDMG School in Delaware.

They believe that he has created the people in the name of fundraising. Although, Dr. Johnson insisted that he hasn’t spent any of the money he has raised for the school.

Dr. Umar Johnson is a married man who married his loving girlfriend. His wife’s name isn’t known by anyone as he has kept it secret from his marriage.

Dr. Johnson’s private life is still secret to everyone and has never been revealed. However, the peoples on the internet also believe that he has also children including both a daughter and a son.

As per a google search, Dr. Umar Johnson’s daughter’s name is Indra Ove. But still, it’s not confirmed and no one knows the truth.

Dr. Johnson has been always seen with unknown people taking pictures with them. He loves doing this and in this way, he also makes happy to peoples.

He has a deep affection for children’s and always thought about their benefits.

Dr. Umar Johnson estimated net worth is $800,000 as of 2022. He has a different source of his earnings. However, he mostly earns through teaching and selling books.

Dr. Johnson has also a number of paid motivational programs in which peoples show their interest. Despite he can also earn through social media promotions, events, seminars, advertisements, etc.

In fact, he has also a donation option for him personally on his website.

However, he mostly used his wealth for making the student’s future. He is working day and night for the black community. He is from them and that’s why he feels the pain of discrimination in their community.

Thus, Dr, Johnson wanted to help them with everything he can do.

Dr. Umar Johnson has achieved great success in his career and is achieving further. Although, he hasn’t been honored with any awards yet.

But it does not matter to him as he believes to enhance the black community as they are leaving back.

He only focuses on his work instead of getting awarded. Let you see below some of the big successes in his life.

Dr. Umar Johnson started his childhood in trouble. His parents had a break-up and he needed to live with his stepmom.

Things were problems-ridden and he had to face them. But someone has said that Your Hard Work Never Fades. And things happened similarly to it.

Dr. Johnson worked hard and put all his efforts into getting higher education. And we have already seen how many degrees he earned. This is how to live a life in a sequence.

I hope you loved the biography of Dr. Umar Johnson and enjoyed it a lot. Share your feedback with us about his life story.