Actress and model Ela Velden is an inspiration to all young women around the world. She has only worked in the industry for 3 years but already established herself in the show business as one of the most talented actors.

Let’s check her biography and life story below in this article.

Who is Ela Velden? 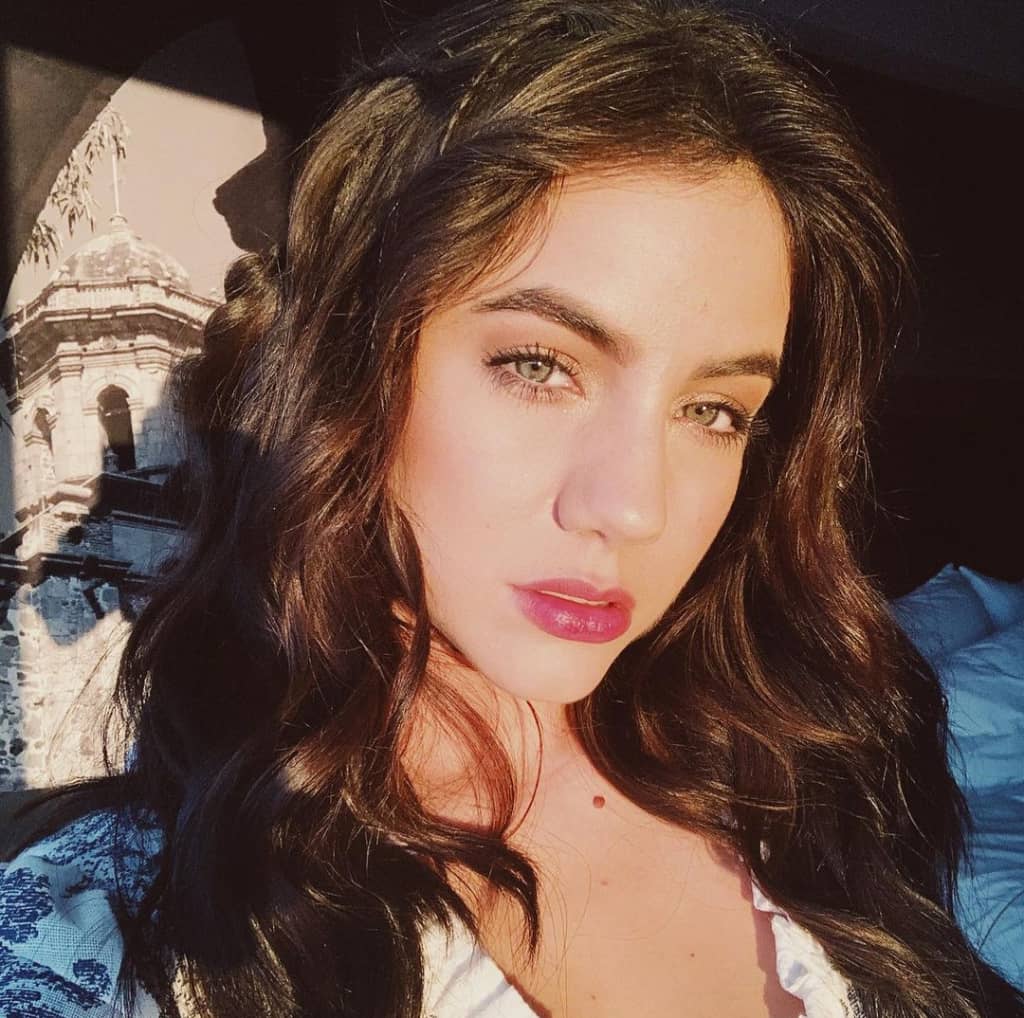 Ela Velden is a famous Mexican actress and model. In October 2014, she made her telenovela debut co-starring in producer Pedro Damián‘s remake, Muchacha italiana viene a casarse.

In 2016, she starred in the lead role in Despertar contigo.

She also participated in several episodes of the Mexican television drama series, Como dice el dicho, in the spring and summer of 2014.

In May 2014, Velden auditioned to play the younger sister of the main character in producer Pedro Damián’s latest telenovela, Muchacha Italiana viene a casarse, in Mexico City.

Ela Velden was born on 25 July 1992 in Querétaro, Querétaro, Mexico. She has a sister. She began modeling at 13 and appeared in commercials, editorials, and fashion shows as a teenager.

She also appeared in ads for Garnier‘s “100% de color” campaign alongside singer Dulce Maria in 2010.

When she was 18 years old, she left Querétaro and settled in Mexico City where she studied at Televisa’s acting school, Centro de Educación Artística from 2011 to 2013.

She appeared in several school productions and graduated after completing a three-year course in 2013.

Her artistic name was chosen after she unsuccessfully attempted to register as an actress under her birth name.

In 2013, Velden debuted as an actress in the Mexican television series, Gossip Girl: Acapulco. Originally, she was cast as “Jenny Parra” and filmed a promotional trailer for the show, but when the role was recast.

She later appeared in a recurring role as “Gaby”.The show was filmed on location in Acapulco, Mexico from January to May 2013.

It premiered exclusively on the subscription channel, Golden Premier, in Mexico on August 5, 2013. The show was canceled after one season.

Following the conclusion of Gossip Girl: Acapulco, she filmed an appearance on the teen-oriented telenovela, Niñas Mal 2 for MTV Latin America.

She also participated in several episodes of the Mexican television drama series, Como dice el dicho, in the spring and summer of 2014.

In May 2014, Velden auditioned in Mexico City for a role in producer Pedro Damián’s latest telenovela remake, Muchacha italiana viene a casarse.

The telenovela is based on the popular 1971 Mexican telenovela of the same name.

In July of that same year, she was announced as one of the actors in the final considerations for a role in the telenovela.

In August, Velden’s participation in Muchacha italiana viene a casarse was officially confirmed.

This is her debut role in a telenovela. Before production, she studied Italian for six months to more accurately portray her character.

Filming began on August 25, 2014, when she and some of the cast traveled to Maratea, Italy, and filmed scenes and promotional material for two weeks.

Scenes for the finale were filmed in Maratea and Naples, Italy, where production was completed in mid-May 2015.

The telenovela aired weekdays on Canal de las Estrellas, following its premiere on October 20, 2014. Its final episode aired on June 21, 2015, in Mexico.

On May 28, 2015, Velden made her theater debut as “Susana” in the original production, “Gélidas Caricias”. The drama also starred Jorge Gallegos, Jade Fraser, and Nicole Vale who both alternated as “Susana”.

Beginning on July 19, 2015, until late August 2015, Velden appeared in the play, “El Profesor” alongside Damián Alcázar. The play was performed at Foro Cultural Chapultepec in Mexico City.

Later, the cast embarked on a small theater tour throughout Mexico in August 2015. She also appeared in the comedy play, “Tenis”, an adaptation of the highly successful Argentine version.

For her work in Muchacha italiana viene a casarse, Velden received the award for “Mejor Actriz Revelación” (Best Female Revelation) at the 2016 Premios TV y Novelas award show, held in Acapulco on April 17, 2016.

On May 14, 2016, Velden was announced as the lead actress for producer Pedro Damián’s latest telenovela, Despertar contigo.

In 2020 she appears in 6 episodes as Lupe who is a diablera in Diablero second season, a Mexican series from Netflix. 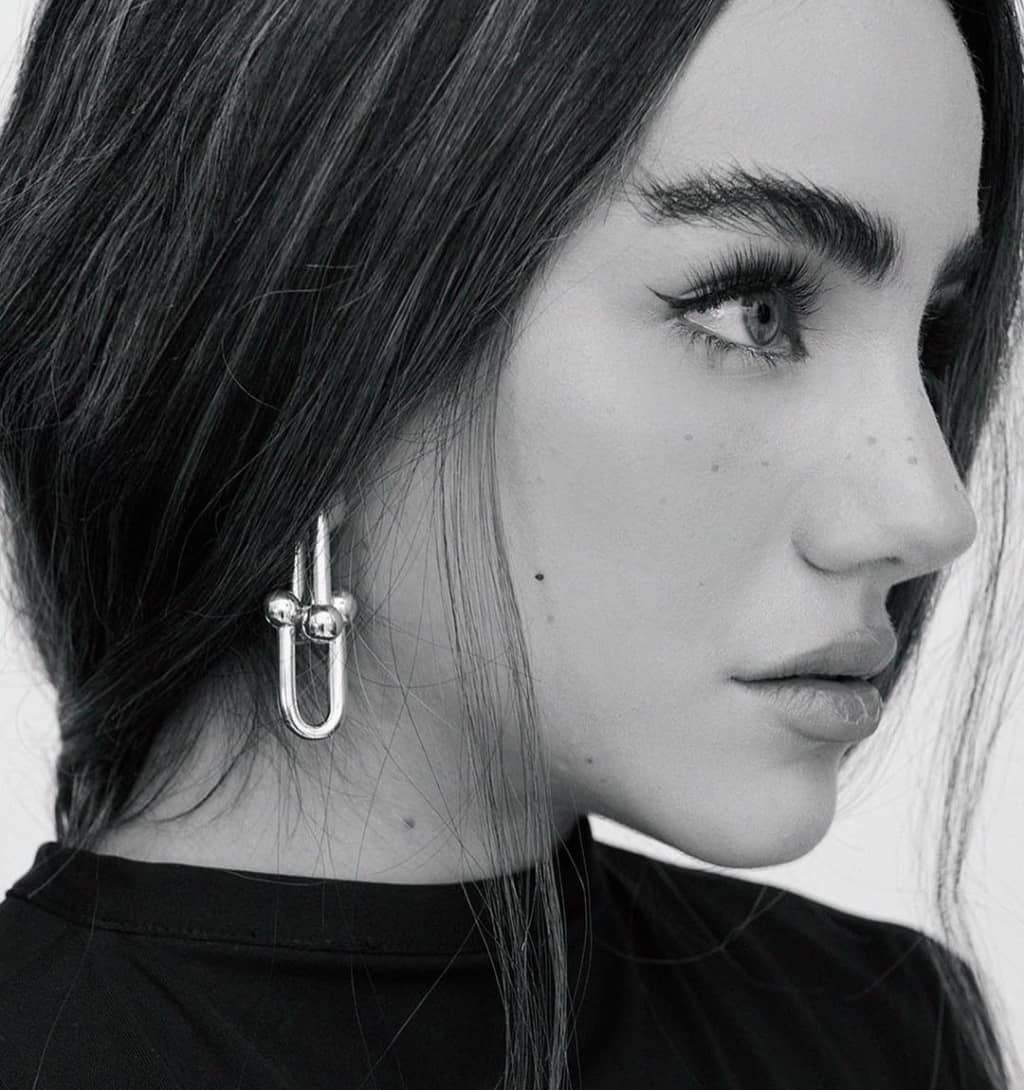 As of 2019, Ela Velden is in a relationship with Federico Ayos. The couple started dating in 2017.

Ayos is an Argentinian actor known for his roles in Lying Heart (2016), The Candidate (2016), and Donde Corre el Agua.

Velden is a beautiful actress who has a smart, fun, and kind persona. She might have dated several boyfriends in the past.

However, has been tight-lipped about her past relationship and affair.

Besides, the Mexican actress was rumored to be in a relationship with Daniel Arenas with whom, she worked in Awakening with You (2016).

These days, social media platforms can be a very powerful tool that can help celebrities to connect with their audience. And of course, fans also get the advantage to get updated. The importance of this isn’t lost on and she is very active on Instagram.

Ela Velden built up a large following in the process on different platforms.

She has uploaded over 2891 pictures on Instagram @elavelden, most of the pictures are taken during her everyday life. She has 1.8 Million followers on Instagram.

Ela Velden has a net worth of $3 million USD. All of her accomplishments have helped her to reach star status.

Undoubtedly, she will successfully continue her career, and having said that, her wealth will also continue to climb up.

All of her amount which she has amassed from her career as a model and TV show actress. She doesn’t like to reveal her financial details to the public so her earnings are a secret to the media.

Apart from this, she also keeps her earnings and income sources secret from her fans and media. Velden loves to stay under the radar often.

Fans love to know about the physical status of their favorite celebrities. A celebrity sets a trend through hairstyle, attire, makeup, and even height, weight, and eye color too.

Ela Velden is young, lovely, and sizzling. She has a slender determination. She is massively standard amongst youth.

Velden has shiny and glowing skin. she has dark shading hair and dark black eyes.

She has lovely huge eyes which look very interesting and lengthy silky hair. She has an engaging persona