Here is the biography of Elizabeth Huberdeau, who is widely famous as the ex-wife of John Cena. I don’t think you need to introduce this man.

There could be a very least peoples across this earth who doesn’t know about this great WWE champion. Let’s read the biography of her ex-wife and be familiar with their relationship.

Who is Elizabeth Huberdeau? 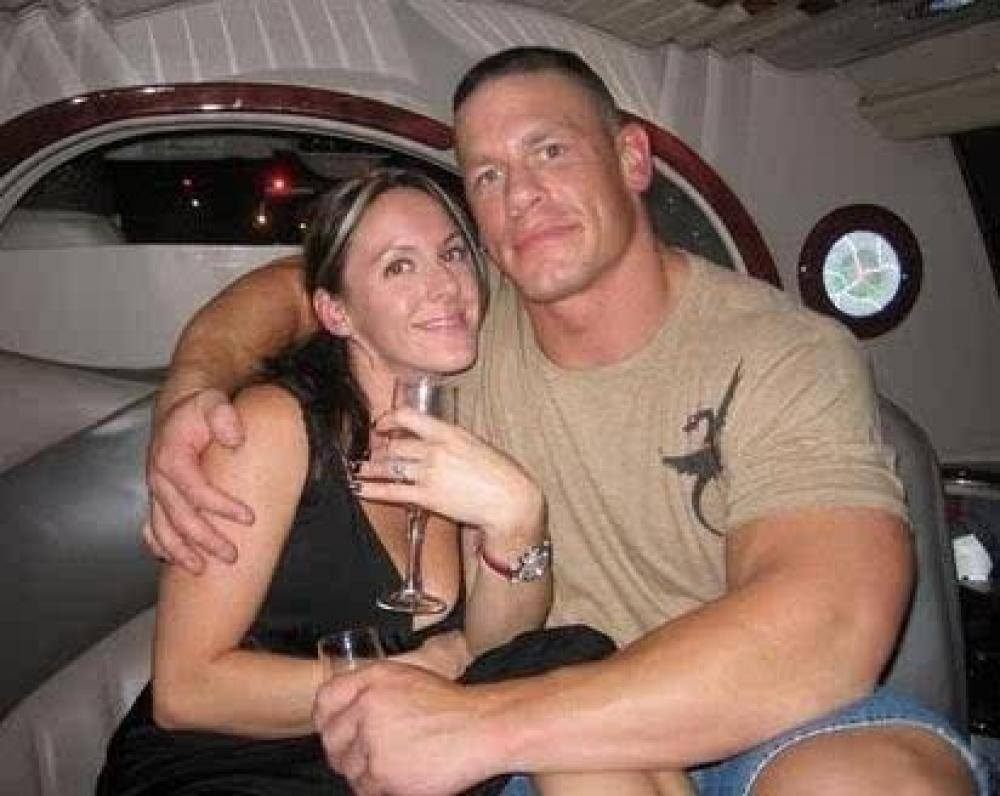 Elizabeth Huberdeau is a famous American lady who came into the limelight after getting married to John Cena.

The man who came in the top 10 of the wrestlers in the world. He was in love with her since his schooling days. However, he never talked about this and directly opened this chapter after being successful.

Although, Elizabeth and John ended their relationship without citing the exact reason. The duo was in a married relationship for only 3 years.

If we talk about Elizabeth’s profession, she is a real estate broker and earlier had dreams to be a model. But sadly, she couldn’t do this and ended her career as a real estate agent.

Let’s take a look at her story and know everything about her relationship.

As a secretive lady, she has not revealed much information regarding her childhood and her parent’s name.

John Cena has said that they first met during their schooling days at high school.

Further, it is claimed that the couple has either met at Central Catholic High School in Lawrence or the Cushing Academy in Ashburnham.

Thus, they were school sweethearts and were in a relationship from a very young age.

Later, Elizabeth enrolled in Springfield College for pursuing her higher education in the real estate business.

Although, she was highly interested in the modeling field.

She has even been involved in various modeling projects that are not opened publicly.

However, she is not that famous as a model, but she came to the limelight as the girlfriend, now ex-wife of John Cena.

Elizabeth Huberdeau and John Cena first met while pursuing their education in school.

They became a teenage friend and wasn’t that much confident about their relationship at this stage.

However, they continued their relationship and took it to a big level.

There is also one fact that no one was aware of Elizabeth until John officially announced the engagement. Before this, she was away from the limelight and was with him privately.

Also, John didn’t announce their engagement directly and just said “I’m gonna get married this year” during a promotion of his movie 12 Rounds.

After that, the internet burst, and people continuously shared a lot of things regarding his relationship.

Though no one was still aware of her girlfriend, Elizabeth Huberdeau.

Five months later, Elizabeth and John Cena got married on 11 July 2009 in Boston Massachusetts in a private ceremony.

Following this, she stepped out from her modeling dreams and helped John in his wrestling and acting career.

They had a very enjoyable life with many special moments.

Despite their marriage, they had no child because John was not ready to become a father.

End of Elizabeth and John Relationship

Elizabeth and John were enough happy after their marriage. They spent a good life with them and explored various places being an adventurous couple.

But with respect to time, they had some unconditional things that led them to break up their relationship.

In May 2012, John initiated the procedures for divorce from his wife Elizabeth Huberdeau. He cited the reason behind their divorce was that they were no longer getting along well.

After their divorce, some rumors came out that John had been cheating on her wife with co-wrestler Nikki Bella.

Further, the duo had a lot of challenges between them which ended in a peaceful way. Although, nothing came out about what really happened between them.

Moreover, it is supposed that Elizabeth added a significant amount of money to her net worth.

The couple had a very short period of married relationship.

They just ended their relationship after 3 years of their marriage. After the divorce, Elizabeth was no longer available in the spotlight, and though she hasn’t been spotted anywhere.

It is claimed that the ex-wife of John Cena is now living in Florida and has settled her life as a real estate broker.

Also, reports say that Elizabeth earns a good amount of money being a real estate agent.

Further, it came on the internet that Elizabeth is now living with her boyfriend Eli Ayoub.

One of their pictures went viral on the internet in which it seems like she is really enjoying her life with Eli Ayoub.

If we talk about John Cena, he was never away from the spotlight before he comes into the wrestling world. He is still living his life openly and still creating his career.

After four months of his divorce, he began dating his ex-fiancée, Nikki Bella.

But unfortunately, he broke up with him even after deciding on his marriage with her.

Elizabeth Huberdeau estimated net worth is $500,000 USD. Most of her earnings have come from her profession as a real estate broker.

Besides this, it is not known what she really does for her living.

But also, it should be noted that Elizabeth has sure received a lot of money after her divorce which helps her reach this estimation.

Otherwise, she hasn’t any big profession that can help her to achieve this big amount.

At all, it has been seen that she affords everything that can let her live a luxurious life.

All, it came to know that Elizabeth is a strong independent woman who knows how to overcome the obstacles in her life.

Even peoples consider her a strong woman which makes her more appreciable, following her living style after the divorce.

I hope you enjoyed reading the in-depth relationship story of this former couple. Let you mention your thoughts below and let us know about your feedback.