All eyes were on Kamala Harris’ family when she took the oath of office as vice president on January 20.

That featured her stepdaughter Ella Emhoff, a talented and original design college senior with a flair for fashion. A few months later, Ella received her diploma from The New School’s Parsons School of Design in New York City.

In addition to her academic success, she also signed with the prominent IMG Models agency in New York City.

The agency also represents supermodels like Gisele Bundchen, Gigi Hadid, and Bella Hadid, the sister of Gigi. Here, we are going to dive deep into the life of Ella Emhoff which includes her career and net worth.

Who is Ella Emhoff? 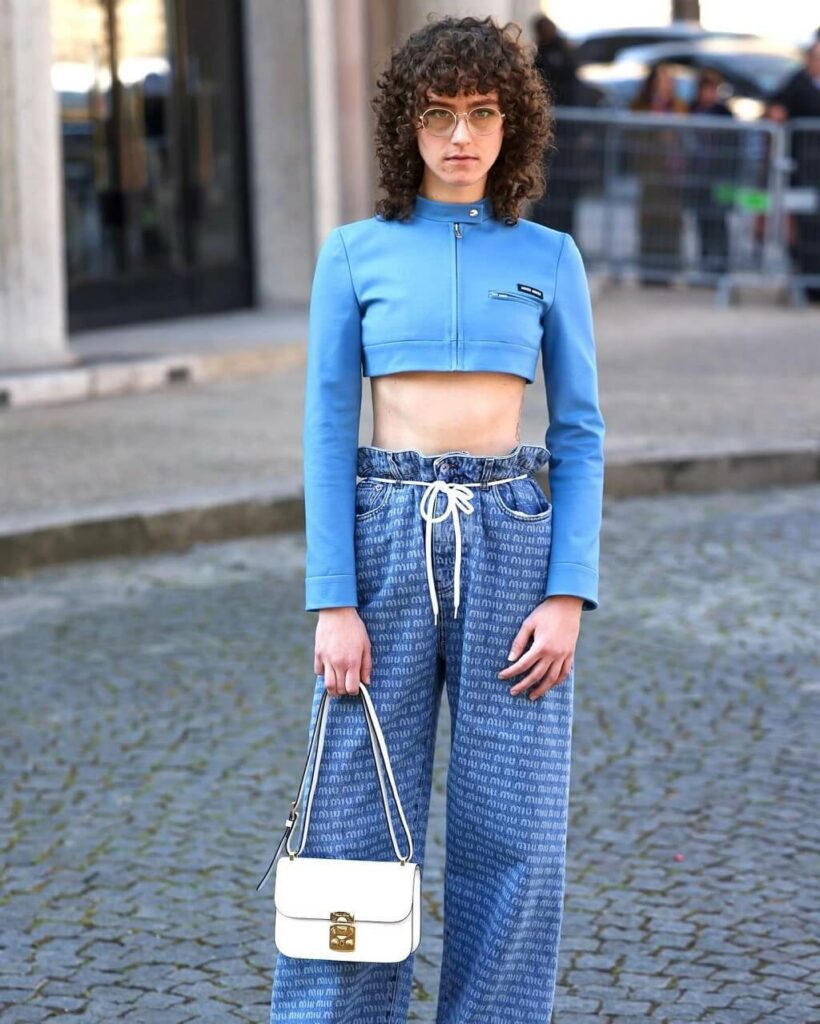 Ella Emhoff is an American fashion designer, artist, and model.

She is a member of the Second Family of the United States as the stepdaughter of U.S. Vice President Kamala Harris and the daughter of U.S. Second Gentleman Doug Emhoff.

Ella, who majored in textiles at the esteemed university in New York City, posts a number of her stunning creations on her Instagram profile.

She told Garage in November 2020 that she become an expert knitwear designer as a way to deal with her anxiousness.

Ella creates her charming creations, which are made from leftover pieces of clothing and cheerful, rainbow yarn, on her Instagram page.

The most recent creations by Ella included a hand-knit Tweety Bird purse with pink trim and a blue and black striped maxi dress with spaghetti straps.

Ella Emhoff was born on 29th May 1999 and is 23 years of age as of 2022. She was born in the United States and holds American nationality.

Ella’s father, Douglas Emhoff is an entertainment lawyer, and her mother, Kerstin Emhoff (née Mackin) is a film producer.

She was named after the jazz singer Ella Fitzgerald. Although her paternal family is Jewish, a spokesperson for Emhoff clarified that “Ella is not Jewish.”

She has an older brother named Cole. Her parents divorced in 2008. Her father wed Kamala Harris, an attorney who was then the attorney general of California, in August 2014.

The word “Momala” was created by Emhoff and her brother to refer to their stepmother.

Emhoff, whose family is Democratic Party-affiliated, was brought up in a political environment.

She and her family actively fought against California Proposition 8 in 2008 as advocates for same-sex marriage in the state.

Her stepmother, who represents California in the Senate, won the election in 2016.

When her stepmother was inaugurated as the Vice President of the United States in 2021, she joined the second family.

2018 saw Emhoff graduate from Wildwood School, where she participated in the basketball and swimming teams.

She majored in fine arts with a specialization in apparel and textiles at the Parsons School of Design in New York City, where she graduated in May 2021. 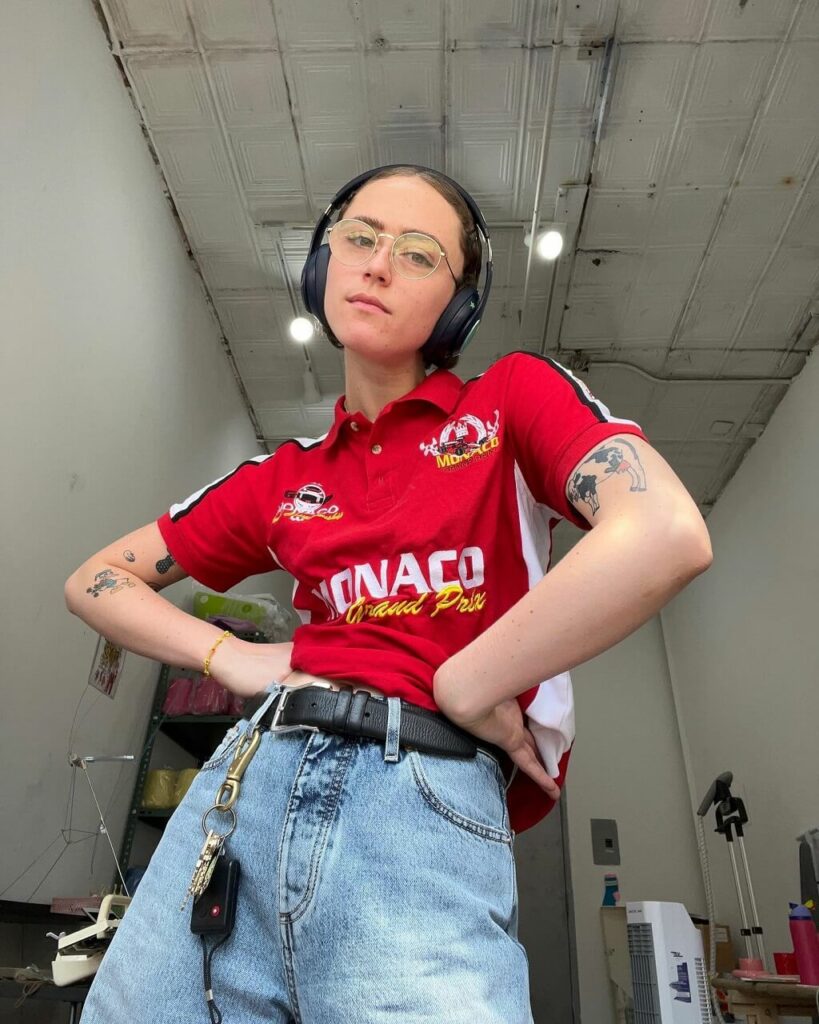 Emhoff had a guest appearance in the “Repeat Stuff” music video by Bo Burnham in 2014.

She creates knitted shorts, caps, coats, and jackets, which she sells on her website and Instagram. On her website, she also offers for sale ceramics, paintings, and drawings.

Because of her tattoos and refusal to shave her underarm hair, she has drawn notice from the BBC and the New York Times.

The company tweeted about her deal. She has previously been highlighted in an editorial for the alternative fashion publication Buffalo Zine.

In September 2019, Viola, her modeling agent, added her to his roster. She belongs to The 3% Movement.

A group working to increase the proportion of female creative directors in the US.

Sam Hine is a model and chances are they both are dating. Until Ella talks openly about her romantic life all we can do is wait.

Ella Emhoff estimated net worth is $500,000 USD approximately as of 2022. Her success as a model, artist, and fashion designer is the source of her wealth.

She has further a lot of earning sources through which she makes a huge wealth.

Ella Emhoff is a gorgeous young personality. She has brown curly hair with pretty facial features.

When she isn’t donning Miu Miu. Ella creates her charming creations, which are made from leftover pieces of clothing and cheerful, rainbow yarn, on her Instagram page.

The most recent items Ella made were a hand-knit Tweety Bird purse with pink trim and a blue and black striped maxi dress with spaghetti straps.

Thank you for reading this article about Ella Emhoff. We will appreciate it if you could leave your precious in the below comment section.