Being people’s favorite journalist with some amazing aptitudes, Erielle Reshef is leading her life. She is a famous American journalist who lives in New York, New York.

Erielle is a perfect example that hard work always pays off. Erielle is a lady that has been a role model for many peoples and she is an ideal woman and inspiration to many people out there.

Who is Erielle Reshef? 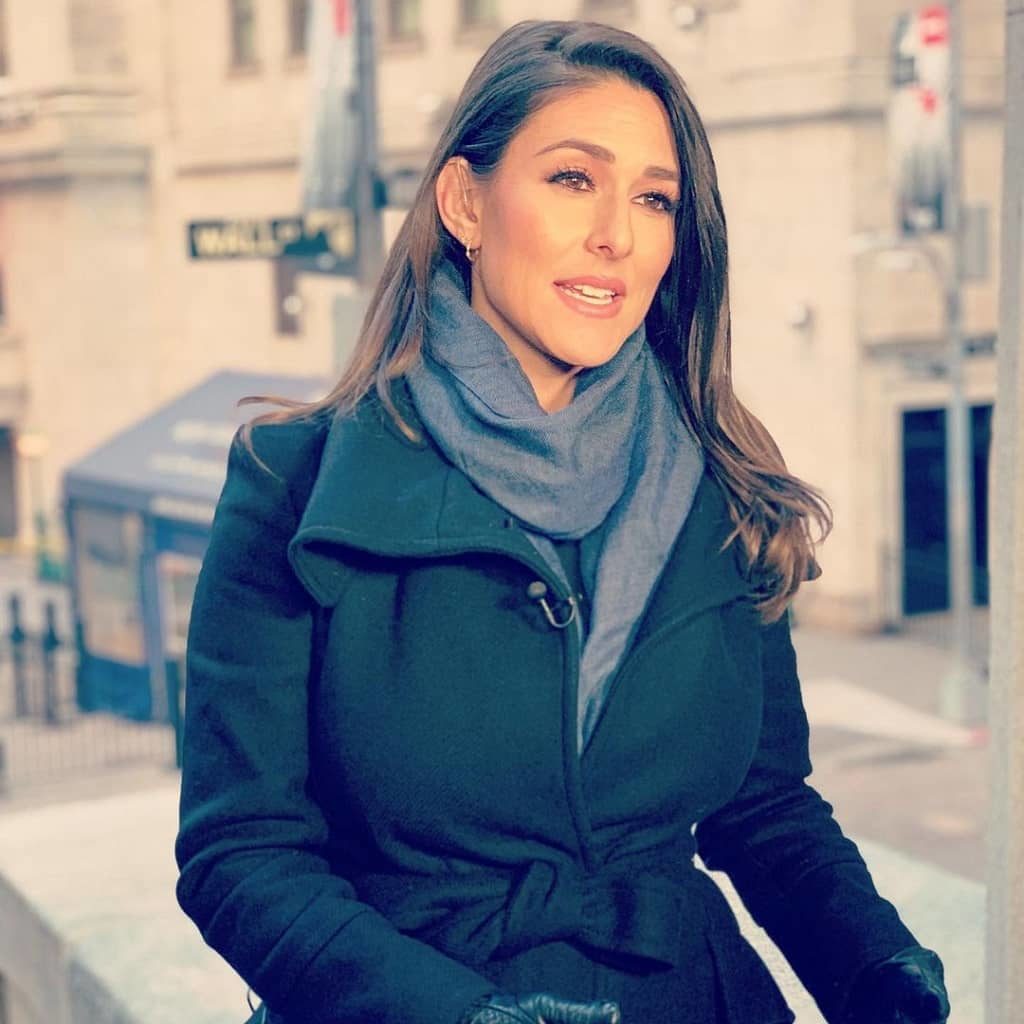 Erielle Reshef is an American journalist who lives in New York, New York. She has become a well-known face in the media industry.

She has worked with many top channels but she is recognized for her career with ABC, KOCO TV, and Good Morning America Show.

Erielle started her career at Israel channel 1 TV Broadcasting Authority as an anchor.

She is a successful lady who was a confident lady and with her self-esteem, she became a renowned personality all around the world.

Erielle was born on 23 September 1983 in Oklahoma City, United States.

Her parents are Dr. Eli Reshef who is an Infertility and Reproductive Endocrinology expert and her mother is Edie S. Roodman who is the Director of the Jewish Federation of Oklahoma City.

She has two siblings Evans Reshef and Eitan Reshef. She is very close to her family.

Erielle went to Westminster School, Simsbury. After high school, she pursued her higher studies at Indiana University, where she completed her degree in political science.

Right after she completed her studies, she started working at Hearst Television as an anchor. She started her career at Israel channel 1 TV Broadcasting Authority as an anchor.

Right after that, she pursued her career as a day host of morning news anchors at the 5 news in November 2012.

Erielle worked as an anchor as well as a reporter for IBA News. She anchored coverage of global news events, politics, sports, finance, and culture at IBA news made her famous worldwide.

She has interviewed many international newsmakers and media personalities during her career including former Israeli President Shimon Peres, U.S. Ambassador and Peace Envoy Dennis Ross.

Erielle Reshef was awarded as the OKC’s Best Anchor by the readers of Slice Magazine and chosen as a Heritage Hall Distinguished lecturer.

Erielle Reshef is married to Daniel Frankenstein on 30 May 2010. The couple is holding a strong relationship between them, as a result, they are together for years.

Her husband, Daniel is a former senior director of CEB.

They enjoy spending time with each other. The couple was blessed with their first baby boy in 2015, Mayr Reshef Frankenstein.

On August 7, 2019, the couple welcomed their second son, Mavryk Julius. They are a complete and a happy family who loves spending time together.

Besides their professional life, the couple is too dedicated in their personal life too. They understand the importance of family.

This means Erielle has made around $200,000 USD so far this year. Although this is just an estimation as she might have earned more than this or even less than it.

But overall the journalist seems growing every day with her hard work. Her journalism career would have alone contributed her thousands of dollars monthly.

As of 2022, Erielle Reshef’s annual salary is $200,000 USD though it also fluctuates. Anyhow, she has the potential to make thousands of dollars yearly with her primary and secondary sources.

Social media influence represents the community that follows the celebrity. It represents the popularity of the person. Erielle has been followed by more than 21.9 k people on Instagram.

Erielle Reshef is doing awesome and inspiring women broadly. She is a smart woman who never let herself fail in her life.

She has consistently worked hard and has used risky strategies for building a strong career. Now, she is stable and enjoying her life happily with her family.

She is a great personality with a good name and fame.

We hope that you must have learned something from her inspiring story. Please let us know about your feedback as it matters a lot to us. Thank you for reading this article.

Next to read: Who is ABC Journalist Kayna Whitworth