Gavin Casalegno is a famous name who came into the limelight after he starred as Mason in the 2011 film Hear Me Whisper. The brilliant actor has won millions of hearts with his amazing acting skills.

Further, he is also popular for being the boyfriend of the famous American actress, model, and dancer Larsen Thompson. This has made people curious to know everything about this man.

Well, here we are with his full biography that shouldn’t be missed by you.

Who is Gavin Casalegno? 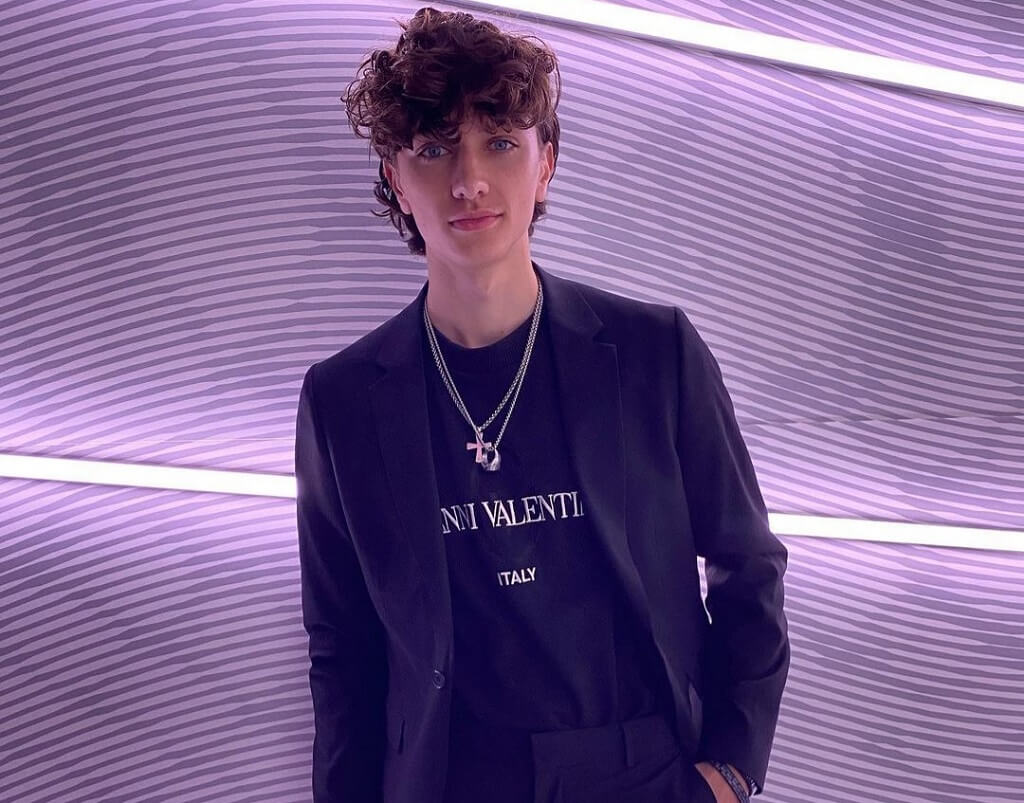 Gavin Casalegno is a popular American actor. He has been featured in a number of films and TV series.

He is best known for his appearance in the TV series The Vampire Diaries (2015) and Hear Me Whisper (2011).

Aside from these, Gavin has appeared in various films and TV series. Also, the actor has worked on numerous commercial and print campaigns for national magazines.

Talking about some recent films, he appeared as Reed in The Unhealer, as Cole Jackson in Nine Seconds, and as Trevor Stand in the TV Series Walker.

Besides this, he is also in the spotlight because of his relationship with the famed actress, model, and dancer Larsen Thompson.

Before we enter into his detailed biography, take a look at one of his best quotes.

We all mistakes in life. All we can do is learn from them and take it again, just like making a movie. 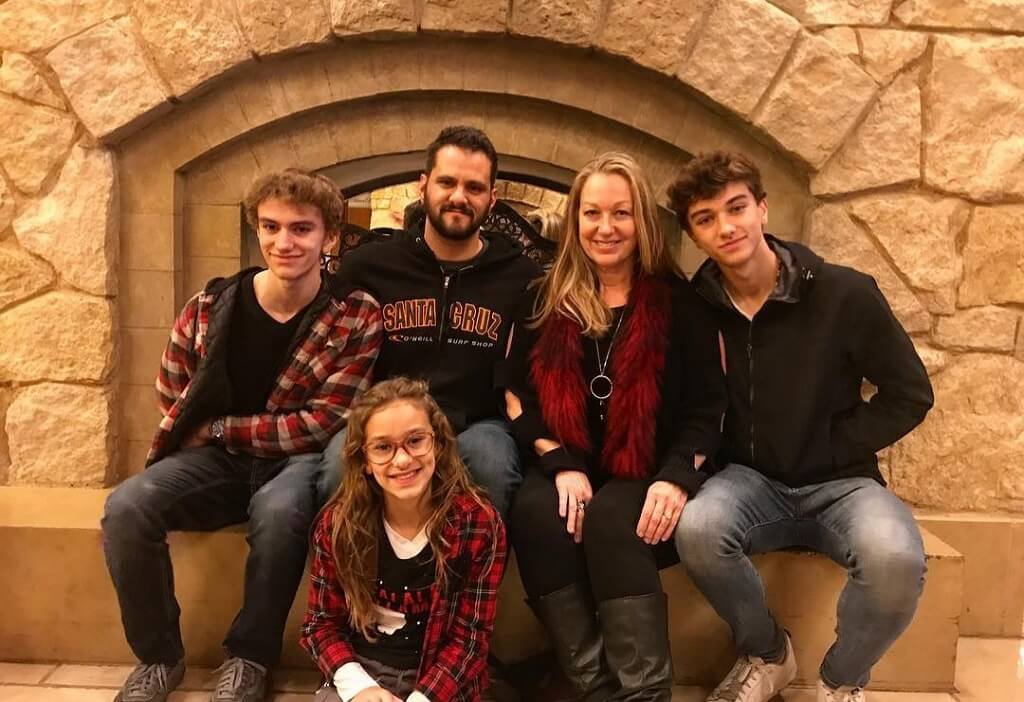 The two are available on their respective Instagram handle and share a lot of pictures with their children.

However, Gavin has shown a keen interest in acting since her childhood. Even he used to participate in many of his school plays and dramas.

Moreover, the actor has two siblings, a brother, Logan Casalegno, and a sister, Ashlyn Casalegno who is an actress.

Aside from acting, he was also interested in sports and was even on the soccer field before the film industry. IMDB claims that he has trained and studied with various of the most highly regarded acting coaches and casting directors.

Moreover, he has developed a great emotional range and memorization skills in the process. He was an honor roll student who enjoys spending time with his family when time allows.

Gavin Casalegno originated his acting career when he was just 7 years old and featured in several commercials for Papa John’s Pizza.

Since then, he was dreaming to become an actor which came true with his hard work and dedication.

He made his acting debut in 2010 playing the role of School Kid in the Bruckheimer Jerry’s TV series Chase.

In the same year, he was again involved in another TV series titled Lone Star in which he played the role of Thatcher Wedding Guest.

These small appearances were enough to encourage him and led him towards the way of his success. In 2011, he was blessed with combo films, appearing as Art Class Student in Butter and as Mason in Hear Me Whisper.

He was not that famous during this period. But at some point, he was understanding that he is going on the right path. Thereby, Gavin continued his work and was persistent in his efforts. 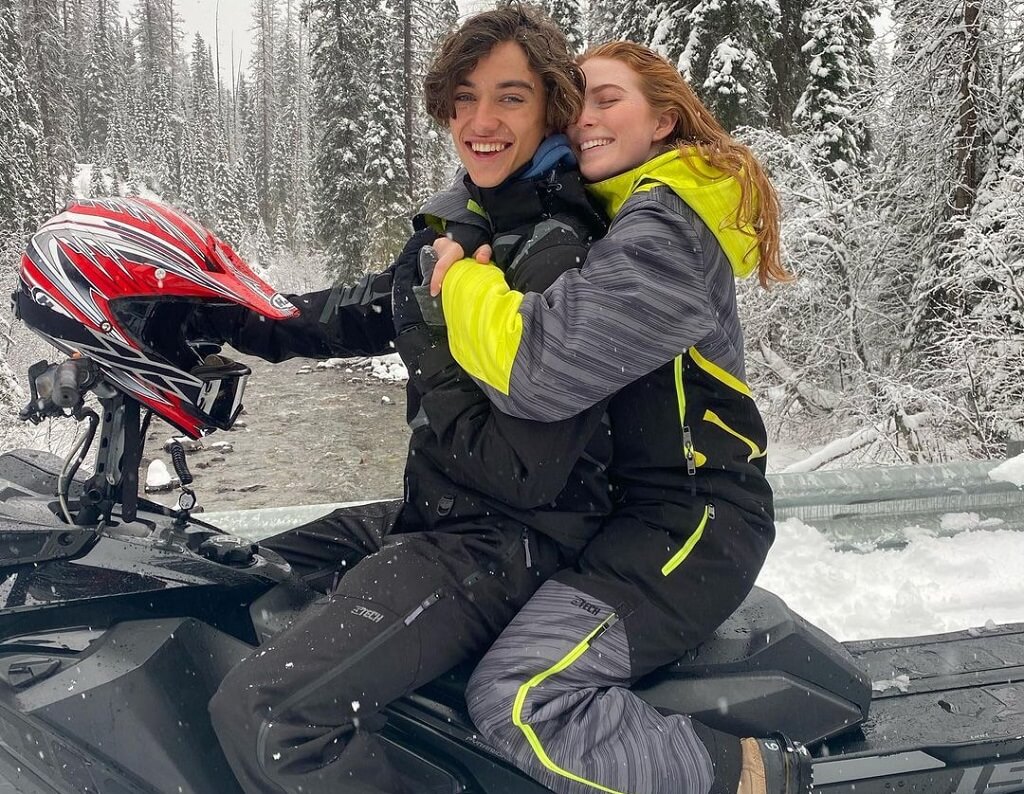 In 2012, the skillful actor made his appearance in the titular role in the film I Am Gabriel, playing the role as Gabriel. He then featured in the film The Iceman in the same year and played a small role as Roller Skater.

In 2014, he appeared in Noah as Young Shem, in When the Game Stands Tall as Michael Ladouceur, and in Dead Still as Bobby.

Next year, he came to the limelight after he starred as Young Demon in the famous TV series The Vampire Diaries.

With this appearance, Gavin earned a lot of popularity across the country and overseas too.

Following this series, he appeared in the short film It’s Now or Never in 2016, playing his role as Adidas Laufer.

Also, he shortly appeared in another short film A Taylor Story as Michael.

In 2017, he played an amazing role as Cole Jackson in the drama-based film Nine Seconds. He then achieved huge popularity with the 2020 Horror-Sci-Fi-Thriller film The Unhealer, playing his role as Reed.

Recently in 2021, Gavin starred as Trevor Strand in the popular TV series Walker. As of October 2021, he has been seen in a total of 8 episodes.

Also, he could be seen playing the role of Jeremiah in another TV series The Summer I Turned Pretty which is in pre-production. 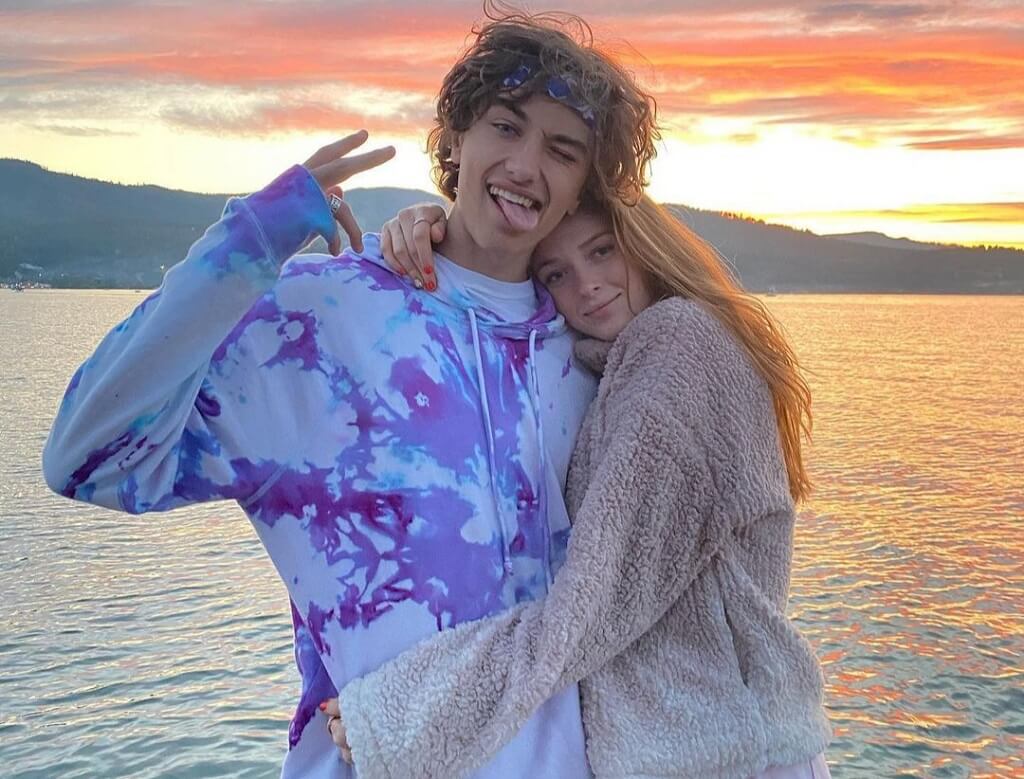 Gavin Casalegno is a bachelor which means he is unmarried. But when it comes to his relationship, he is not single, but dating his girlfriend Larsen Thompson who is an actress and dancer.

The couple hasn’t shared a lot regarding their relationship. But they are open about their dating life and come together publicly on the internet.

The duo seems so supportive of each other’s life.

Additionally, they are adventurous too and explore new places together. According to some sources, the couple is in a relationship for the last four years.

And it appears that they share a strong bond together which may be difficult to be broken.

Next Read: Who is Sacha Carlson? Biography and Film Actor

Gavin Casalegno estimated net worth is $1 million. The talented actor has earned this huge amount after a long period of hard work and effort.

Maybe he has taken day and night for achieving this peak.

The film industry is among the top-paying field. And being an important part of this field, Gavin has contributed this huge capital. Almost half of his net worth has been coming from his appearance in various films and TV series.

Besides this, Gavin has earned it by doing brand promotions and paid advertisements. In addition to this, he also earns from some magazine companies.

In March 2020, he appeared on the cover page of the GRAE, a marketing agency’s magazine.

As a social media influencer, he manages to earn a bit through this source.

Anyway, the actor has achieved a lot at a very young age. Further, he holds the potential of being independent financially and living a luxurious life.

I hope you enjoyed reading this amazing article about Gavin Casalegno. Please share your opinions and feedback about him and his successful journey.

Next Read: Who is American actor Cam Gigandet? Biography and Life Story