According to the proverb “Necessity is the mother of invention,” a business couple opened an innerwear shop in the United States of America after analyzing the needs of the people and inventing a new model of a lingerie shop.

Opening a business is not an easy task. It involves the risks of uncertainty, debts, investments, and competitive prices.

The Raymond couple bravely withstands everything and courageously opens their Victoria’s Secret shop.

Most of you might have purchased the products from this global shop, but here in this article, we are going to share about the founder’s wife, Gaye Raymond, and their struggles behind opening the shop.

Who is Gaye Raymond? 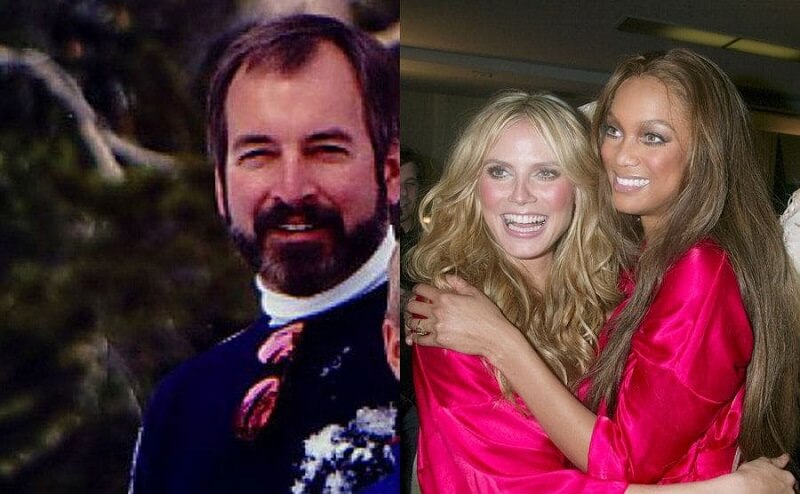 Gaye Raymond is famous as the ex-wife of Roy Raymond, and the couple opened an innovative lingerie shop that drew a global audience.

Currently, Gaye Raymond and her efforts are trending on the internet because of the release of the series Victoria’s Secret Angles and Demons on Hulu. This series focuses on the real Victoria’s Secret Shop and its long-time CEO, Wexner.

Though Roy and Gaye Raymond opened the shop, they sold Victoria’s Secret to Les Wexner due to certain losses in their business.

Gaye Raymond’s birth date and birthplace information are not available on the internet. We were unable to see her on any of the social media handles.

After the death of her husband, Roy Raymond, Gaye Raymond didn’t make her public appearance.

There is no further information available, but we are a team of people who continuously strive hard to dig out the hidden information, so stay with us for more updates in the future regarding the early life of Gaye Raymond.

Alternatively, if you have any information about Gaye, please leave a comment; we appreciate your kindness. A little is more for us, so come forward to contribute to our journey of enlightening our readers.

One time, the Raymond couple went lingerie shopping, where Roy Raymond felt uncomfortable in the lingerie shop, and the availability of the collections were very low.

Everything left a question in the minds of Roy and Gaye Raymond about the store design, the products’ quality, and the model posture.

Then the couple decided to open the store by borrowing $4,000 from the bank and their family members. After a long struggle, they opened the first store in Stanford Shopping Center in California.

The store’s uniqueness was that they had arranged a separate men’s waiting room loaded with interesting magazines and comfortable chairs.

And the inner clothes were not hung inside; they were neatly arranged in the drawers so that everyone could shop comfortably.

People loved Raymond’s way of business. Then branches were opened in San Francisco. Within a few years, the company was in profit.

Roy and Gaye Raymond, a couple, decided to open a children’s store named “My Child’s Destiny,” a new venture for children’s toys and computer games.

They invested a lot of money in the venture, but they went bankrupt due to a poor marketing strategy. For Gaye Raymond, Victoria’s Secret era had come to an end.

Following the bankruptcy of Victoria’s Secret, Wexner acquired full ownership rights from the Raymond couple, and there was no further information on Gaye Raymond’s lifestyle.

As the new Hulu series premieres, the Victoria brand’s hidden information may become public. We will then be able to know further details about Gaye Raymond’s net worth. Let us move on to the interesting section of this article.

Gaye Raymond is a person who wants to keep her life private manner, so there is no official information about her relationship. But in 1990, Gaye Raymond divorced Roy Raymond.

Gaye Raymond has a son and a daughter, but the names, ages, and current status of their children in the Victoria brand are unknown. According to online sources, Gaye and her children are not included in Victoria’s secret company.

The Raymond couple got separated, and Roy then married Peggy Knight.

Gaye Raymond might have married someone or remained single for her children.

On August 26, 1993, Gaye Raymond’s former husband took his life by jumping off the Golden Gate Bridge in the San Francisco Bay area. His dead body was found in the marine bounty area.

After a thorough investigation, Gaye Raymond shared that her ex-husband suffered from depression due to a series of failures in his business. Thus, Roy Raymond attempted suicide.

Even though the couple separated in their ways, Gaye Raymond had the same affection and care for her husband, and it was reflected in that incident. Gaye is an example of how love for someone can fade but never erode.

Gaye Raymond’s Body statistics and measurements are not available currently. We will update the content as soon as possible.

Aging is a natural process for all living organisms, so Gaye is confidently undergoing that.

Gaye Raymond’s hair has become grey. Her skin has many wrinkles, but her bright blue eyes shine and portray her confidence in her body.

However, Victoria’s Secret is currently facing a slew of backlash over the secret fashion show. The show encourages more glamour and body-revealing cleavages to cover the audience.

As the brand ownership changes affect the modesty of the brand, too, it may be a little hurtful to Gaye to witness the fall of Victoria’s Secret.

We hope you have gotten more information about the founder of the VS brand. Share your views on this article in the comment section.  Thank you for reading.