The young siren is known to do pretty antics on her social media and does have a lot of followers.

Hannah has had an interesting life though she is very young.

Let us know more about her then!

Who is Hannah Meloche? 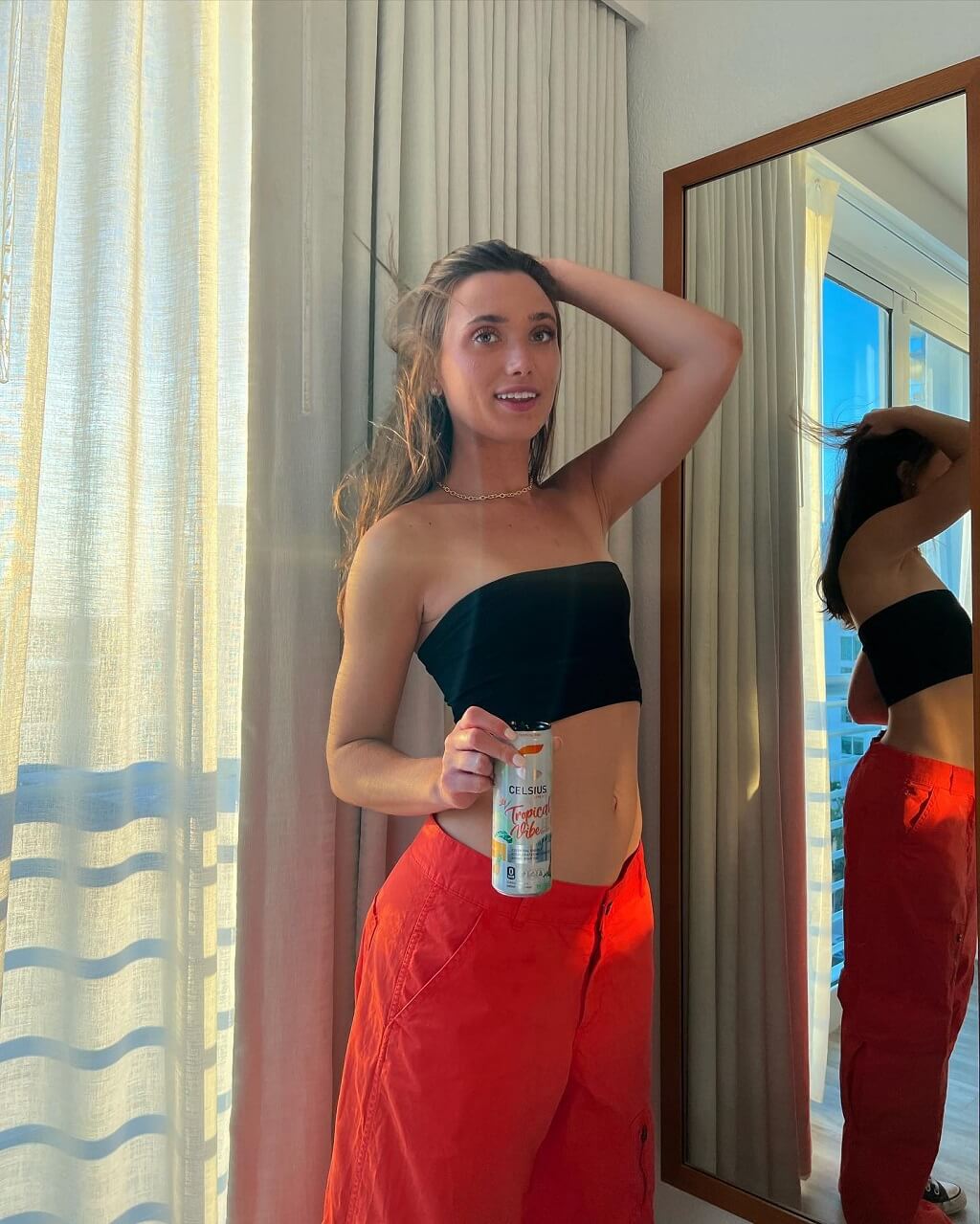 Hannah Meloche is a YouTuber and a TikTok star. She is also a well-known social media influencer.

She possesses immense knowledge regarding the fields of beauty and fashion and loves to share that with others.

She also likes connecting with her fans and so she runs a vlog channel to talk with them. Talking about Meloche’s personality, she is an extremely calm and composed woman who likes sharing whatever she has on social media.

Some of the most popular makeup, beauty, and lifestyle videos on Meloche’s channel are ‘Prom 2018: GRWM & Vlog’ and ‘My first day of senior year (I pulled an all nighter).’

Each of these videos has received over a million views and is really worth watching.

Hannah Meloche also runs a secondary YouTube channel named ‘Hannah Meloche Vlogs’. Launched on August 4, 2014, the channel is dedicated to vlogs that give her fans a sneak peek of her day-to-day life. This channel also has plenty of couple vlogs.

Hannah was born in California, the USA.

Hannah Meloche was born in Santa Monica, California but her family moved to Michigan when she was eight years old. She attended Forest Hills Central High School for her education.

Her father’s name is Andrew Meloche and her mother is Nicole Gregory.

She has a sister named Ella Meloche and three brothers named Andrew, Jack, and Reeve. All her siblings often feature in her YouTuber videos.

She is a national of the United States of America and is of white ethnicity. She is a follower of Christianity and so is her family.

She completed her schooling in her hometown and currently whether she attends college or not is not known.

A camera lover since childhood, Meloche started filming and editing at the age of 11. She then went on to post her first video when she was 13.

Since then, she has been consistently developing and sharing amazing content on the social media platform.

Hannah was an intelligent child who loved the art of video making and the internet and now she combines both to make for herself a successful career. 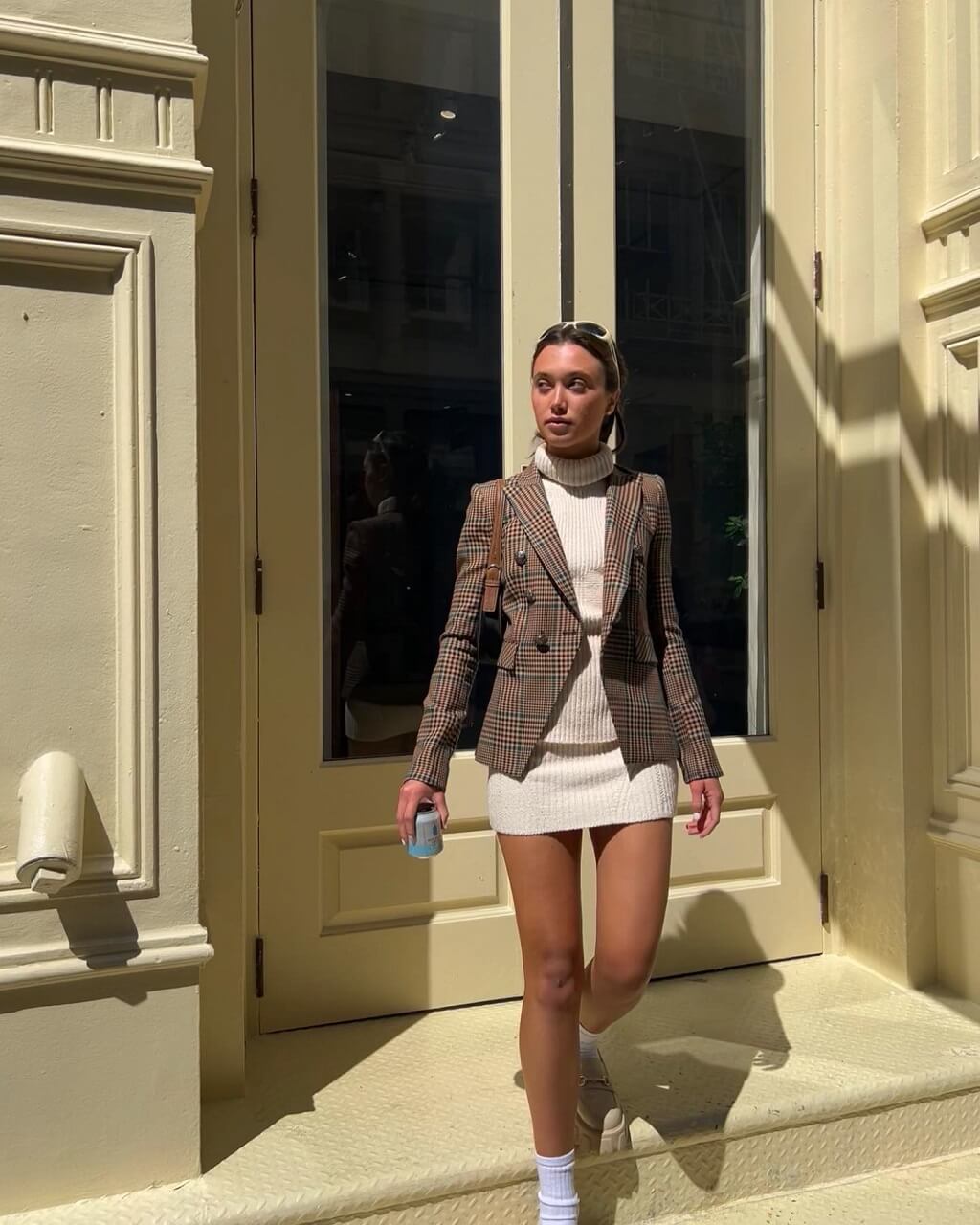 Hannah Meloche is a social media star and influencer. She is mostly present on YouTube and on Instagram.

Hannah has lots of people who love her content on the internet which ranges from beauty to personal care.

The contents on her page are followed by many and people actually appreciate her hard work and her ideas which are totally original.

Hannah Meloche had launched her beauty and fashion hub on December 26, 2013.

Her first video was ‘10 things to do at a sleepover when you’re bored’ which had a mixed response. This was followed by a music video.

After this, she started to upload beauty, makeup, and fashion content on the channel. These videos garnered moderate numbers of views and gave the YouTuber’s channel a boost.

Within a few years, Meloche gained wide popularity on the social platform. Today, her beauty and fashion hub has over 1 million subscribers.

Also, the channel has garnered more than 42 million views till date.

Smart, bold, and attractive, Meloche has today achieved much success through her channel. She is a sophisticated lady and has impeccable taste in fashion. Also helping other women to be fashionable.

Hannah Meloche is currently in a relationship. She is presently unmarried.

Since the beginning of her career, Hannah Meloche has been shy about sharing details of her love life with the public. However, she has now publicly admitted to having an affair with Dean Congiusta. The couple started dating in May 2021 and have been together ever since.

It is not really known how they met but they had been together for quite a long time. Sometimes they were seen to be like an on-off couple but no matter what they had stuck together.

Whenever not shooting, Hannah loves to shop and travel and spend quality time with her boyfriend.

However now Dean and Hannah seem to be very much in love and she does post him on her social media.

Hannah Meloche is an American YouTuber and social media personality. As of 2022, Hannah Meloche’s net worth is $1 million.

Additionally, she is a model, and brand ambassador, as well as the founder and CEO of her jewelry and apparel company, Starlite Village. Thus her income gets a boost from these ventures as well.

Also from her social media where she runs her own YouTube channel, she does earn quite a lot.

She lives a comfortable lifestyle along with her family.

Hannah Meloche’s height is 5 feet and 6 inches or around 168 centimetres and weighs around 55kilograms or 121pounds.

She has Greenish Blue eyes and long brown hair.

Hannah Meloche is one of the most gorgeous fitness fanatic models in the modeling industry, with a pretty face. She is very concerned about her fitness and works out daily, practices yoga, and workouts on a regular basis.

So this is all about Hannah Meloche. Thank you for reading the article about her.