Who is Helena Mattsson?

Helena Mattsson is a famous Swedish Actress who is known for her role in the super famous Marvel Series: Iron Man 2 where she portrayed Rebecca.

She also acted in TV Series like ‘Desperate Housewives, ‘Seven Psycopaths‘, ‘Nikita‘ and ‘The Mentalist‘ to name a few.

She also gave a voice-over for the character  Snork Maider in the animated movie Moomins and the Comet Chase.

Helena appeared as ‘Ingrid’ in the famous comedy TV series ‘Two and Half Men‘, playing the role of Ingrid.

She also acted in Movies like Drowning Ghost, Nobody, Surrogates, and so on. Even in her late thirties, she has the looks and a great figure to die for. 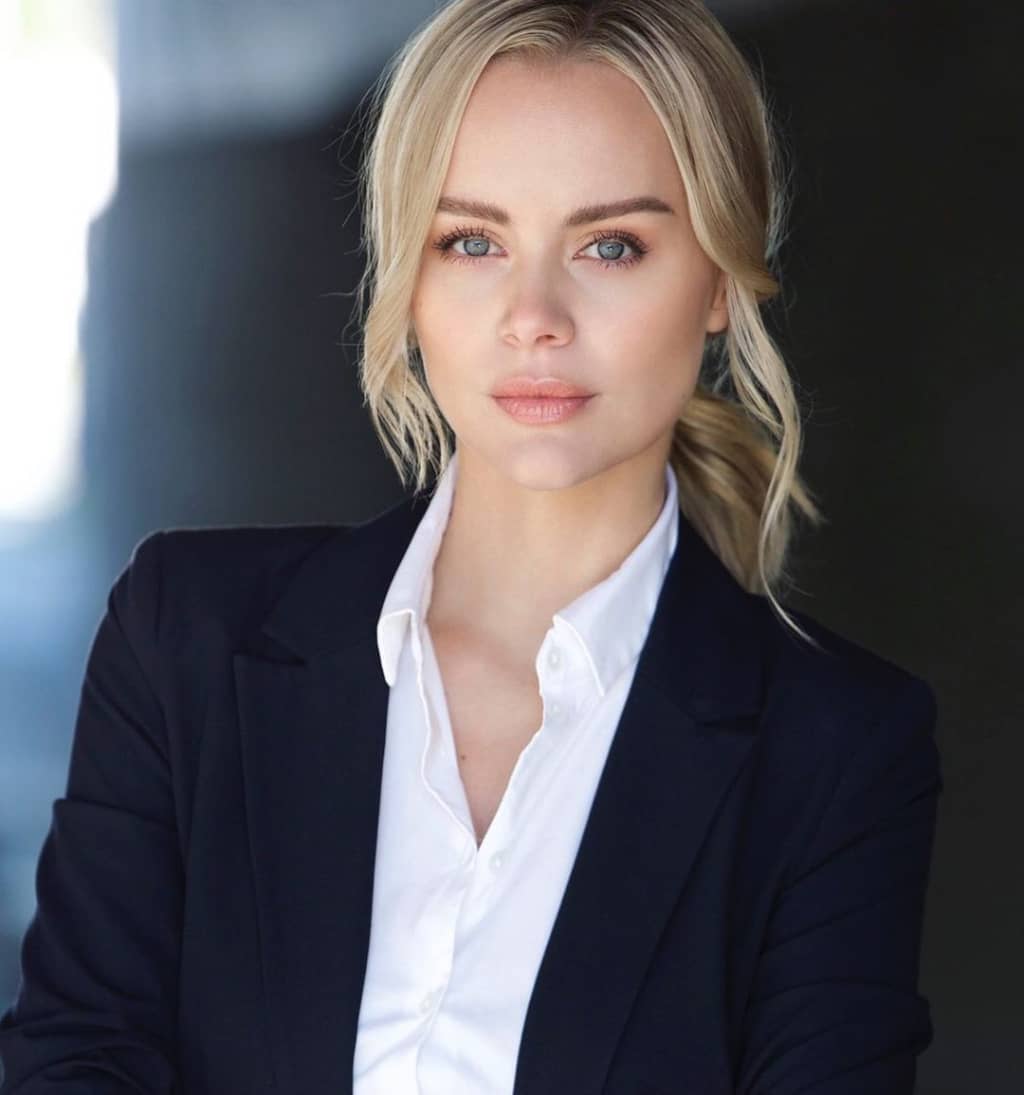 Helena Mattsson was born on 30 March 1984 in Stockholm, Sweden. At a very young age, Helena moved to London to attend theater school and traveled all the way to Hollywood at just 19 years to accomplish her dream of becoming an actress.

In 2004, she got a role in the short-lived TV series Sweden, Ohio. Helena made her first appearance on the Big Screen with ‘Drowning Ghost. “

Further, in 2010, she earned huge fame with her appearance in the Iron Man 2 movie (sequel of Iron Man) as Rebecca.

Helena has two siblings, her younger sister Sofia is also an actress, and their other sister Mia has worked in various art department roles. 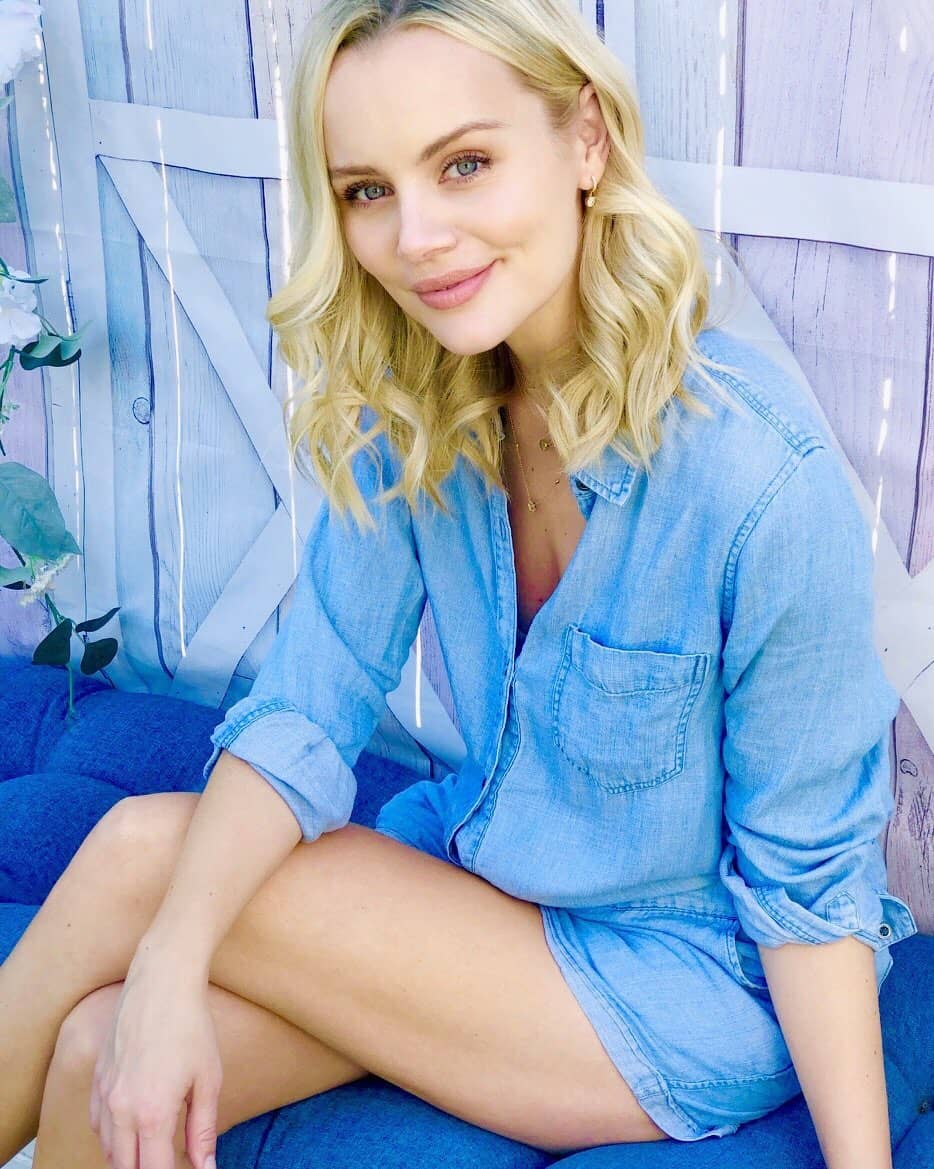 She began acting at a young age, performing in plays, musicals, and concerts.

She studied acting at the highly selective Södra Latin upper secondary school in Södermalm, which she credits with giving her the confidence to pursue her chosen career.

Mattsson had early roles in Wild Side Story and other cabarets in Stockholm. She moved to London, England, as a teenager to attend theatre school.

At the age of 19, she moved to Hollywood to audition for a TV series. Her planned short visit became permanent after she won a role in the short-lived 2004 TV series Sweden, Ohio.

Mattsson’s accent initially held her back: “When I started working, my thick Swedish accent lost me a lot of roles.

A defining point in my career definitely came when I started to lose it. I was able to play more American roles at that point, and my career took a turn for the better.”

In 2007, she starred in Species: The Awakening, where she portrayed Miranda, an alien/human hybrid.

She appeared in a beaver costume in a Nespresso television commercial titled “Training Day” that also featured Danny DeVito and George Clooney in 2016.

Helena Mattsson is single. Helena is a rather shy girl, despite the international fame she has acquired over the years.

Mainly, she has remained silent about her love life and other personal affairs, and has never been romantically linked to any celebrity, or has kept such details away from the media.

All we know for now is that Helena is single, doesn’t have children, and is focused on her rising career. She now lives in Los Angeles, California.

Helena is quite active on Instagram and has often shared events from the film and TV sets she has been involved with, on this social network.

Helena Mattsson has a net worth of $1 million USD. Acting, brand endorsement, and other forms of income are among her sources of income.

All of his accomplishments have helped her to reach star status. Undoubtedly, she will successfully continue her career and having said that, her wealth will also continue to climb.

Despite her obvious riches, Helena prefers to lead a modest lifestyle. 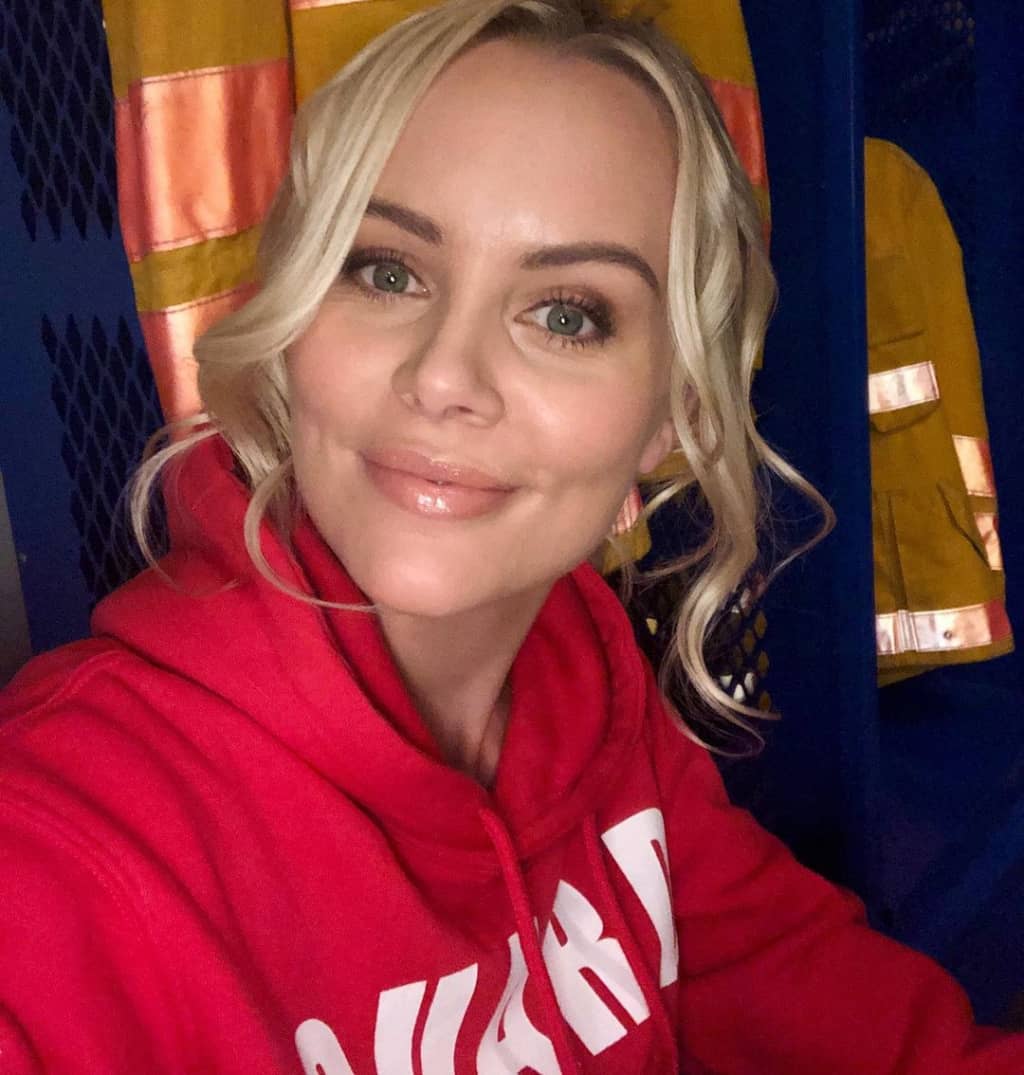 As an Actress, Helena is used to being the one in front of the camera, however, it appears that she’s also found comfort in being on the other side.

In her free time, Helena enjoys taking pictures and he is a natural at knowing when to snap a lovely photo.

Helena was discovered by a Swedish modeling agency in her early teens. She had appeared in the cult stage production Wild Side Story in Sweden and in various Swedish cabarets before relocating to the US.

She is a trained Martial Arts artist and dancer.