Kanishak Kataria is the name that was in the headlines of every newspaper and news channel in 2020. And why not as he cracked India’s hardest exam on the first attempt. He is an inspiration for every IAS aspirant and other students. Let you read the biography of Kanishak Kataria and know the secrets he used to clear out the examination.

Who is IAS officer Kanishak Kataria?

Kanishak Kataria is the 2019 UPSC topper who secured the 1st rank all over India. He is widely famous for cracking this toughest exam on his very first attempt.

Although, he never intended to become an IAS officer. It was a sudden change when the idea came to his mind and he started preparing for it. See below how Kanishak started his journey and what’s he actually did to crack this examination. 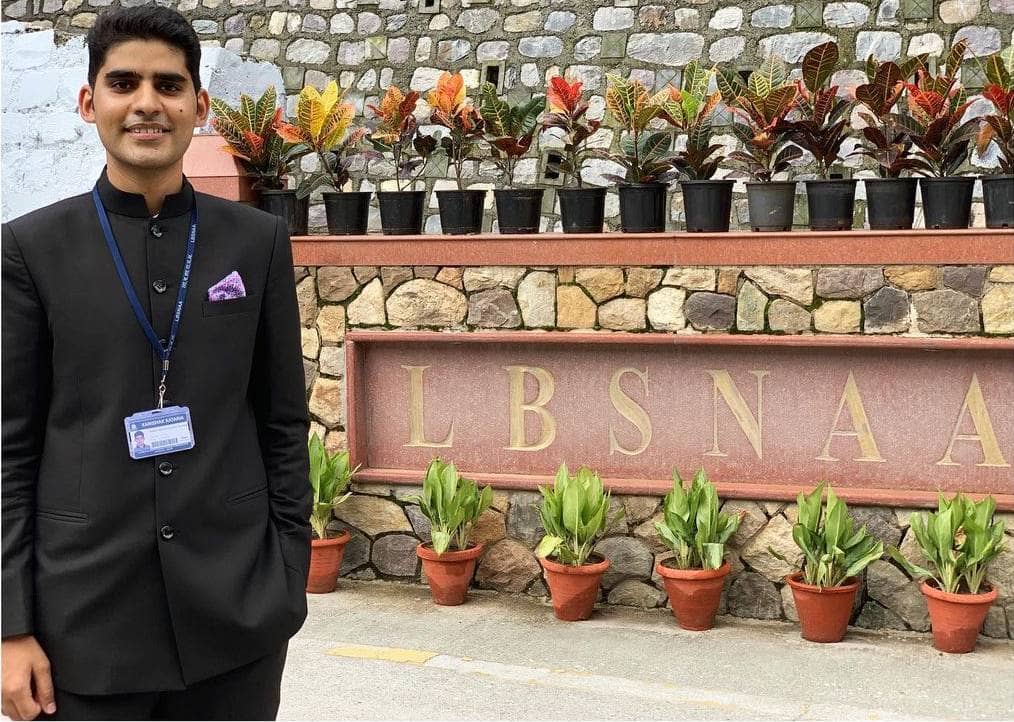 Kanishak Kataria was born on 26 September 1992 (age 28 Years) in Jaipur, Rajasthan, India. His father, Sanwar Mal Verma is a civil servant and Director of the Social Justice and Empowerment Department of Rajasthan. And his mother is a homemaker. He has also an elder sister, name Tanmaya Kataria who was a medical student of Swami Man Singh Hospital.

Kanishak was a very bright and intelligent student from his childhood. He expressed his parents as his motivation and inspiration as they supported him a lot in his career.

Kanishak Kataria started his primary education at St Paul Sr. Sec School, Kota, Rajasthan. He was one of the studious students in his school and has performed extraordinarily. Even he succeeded to secure 94% marks in class 10th and 96% in class 12th.

Kanishak then enrolled in IIT Bombay to pursue his B. Tech education in computer science and engineering. Later, he secured 44th rank in the IIT JEE examination.

Career and IAS Journey of Kanishak

After graduating from IIT Bombay, Kanishak worked as a Data Scientist in the multinational company Samsung in South Korea.

He then came to Bangalore and joined a small growing company and worked as a Data Analyst. All he was doing for owning a good living but wasn’t satisfied with his jobs.

And then the thought came to his mind that why I shouldn’t try for the UPSC examination. This led him to quit his job in 2017 for doing a very hard preparation. Even Kanishak was already a studious and a very bright student from his early times. This helps him creating a strategic funnel in his preparation.

Kanishak Kataria was studying for over 8 to 10 hours a day. Also, these durations extended to 15 hours before two months of the examination. He was doing his preparation in Delhi.

After giving the examination, his eyes were on the result date. And the wait also ends when the UPSC released the examination results on 4 August 2020.

Kanishak was surprised after seeing his result as he was at the 1st position. He succeeded to achieve a total of 1121 marks out of 2500. This was one of the best and happiest moments for him and his family. In fact, he also thanked her girlfriend, Sonal Chauhan for standing with him and supporting him for his career.

It’s a very surprising moment for me as I never expected to get the first rank. I thank my parents, sisters, and my girlfriend who helped me and supported a lot. Peoples will expect me to be a good administration and that’s exactly my intention – Kanishak Kataria.

Kanishak achieved astounding marks in almost every subject. He chose mathematics as his optional subject in which he gained 170/250 and 191/250 marks in both of the papers. Below has given a table that shows the mark sheet of IAS Kanishak Kataria.

This is obvious that Kanishak Kataria’s strategies helped him a lot in clearing the examination. Even this is also going to benefit you as you can also apply this to your own. So, let you take a glance at his strategy.

Kanishak believes that the strategies for your examination should depend on your strengths and weaknesses. Firstly, know your power and difficulties and then work for them. Focus on your weakness and try out to clear them first because your weakness can defeat your strengths. Despite this, always try to create your own strategy which favors your thoughts and ideas.

Kanishak always meets his friends who were also IAS aspirants and guides them. He always advises them to create a unique strategy that suits them. So, know your strengths and weakness and then prepare your strategy syllabus.

Kanishak Kataria got married to Sonal Chauhan, She was his girlfriend before marriage. She has also studied in the IIT Bombay and worked as a Software Engineer.

The lovely couple got married just before a single year. Sonal Chauhan also greeted Kanishak on his result day. She wrote on her Facebook account that Let me present UPSC all India rank 1. I can’t express how I feel today. You deserve it all. I love you so much Kanishak.

Kanishak Kataria is among the great IAS officers who succeeded to crack the UPSC exam in their very first attempt. He is an idol for many young IAS aspirants. His success proves that your hard works and efforts paid you at the right time. Also, his biography gives a signal that anyone can crack India’s toughest exam whether they belong from any field.

I hope you love this biography of Kanishak Kataria and inspired a lot. We would be glad if you share your feedback with us about his life story.