Khan Sir is the only teacher of India who might unaware by Students. He is the man who has brought an immense change into India’s educational sector.

Million of students are attending his classes and changing their life. Besides this, his life story is such an inspiration for students that has changed their lives too. Now it’s your time to show.

Who is Khan Sir Patna? 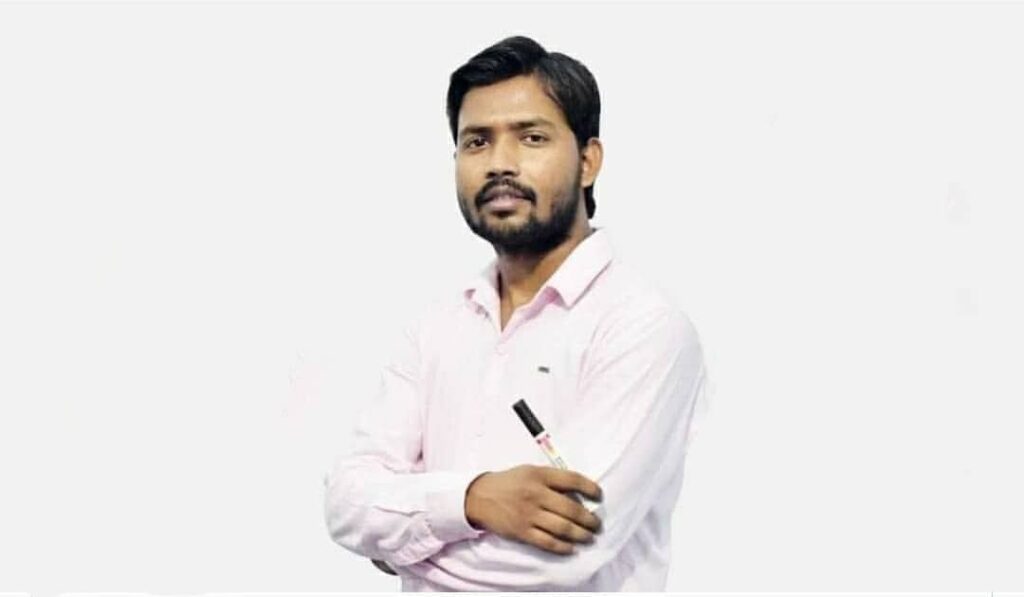 Khan Sir is widely famous across India and in Hindi using countries because of his teaching techniques. He teaches the students in such a way that they will do their study along with a lot of entertainment.

Probably, there would be very least students in India who might not aware of him. Let you see below the full story of Patna Khan sir that how he achieved this success.

Khan Sir Patna was born in June month in around the 1990s in Gorakhpur, Uttar Pradesh, India.

He has told the students in one of his videos that I don’t know when I was born. But his parents have told him that he was born in the month of June.

His financial situation was worse in his early days because his father hadn’t a stable job. His father, Mr. Khan always switched from one job to another and even he worked in a foreign country and later also worked in the Navy.

His mother is a homemaker and he has a brother.

Khan Sir had lived a very strict and hard life in his childhood. He was from a middle-class family and thus he sacrificed a lot of his childhood moments.

On one side, his friends used to do parties and fun and, on another side, his parents even didn’t give him pocket money. But today, Khan sir thanks his parents to do such things in his early life as these inspired him the most.

Khan Sir Patna started his elementary schooling at an average school in his native place. He has said that he was a very weak student there. He always ranked top from the bottom side till he was in the 8th standard.

But, when he came in 9, he realized the meaning of education, he feels it, he understands it and then he became serious towards his life. 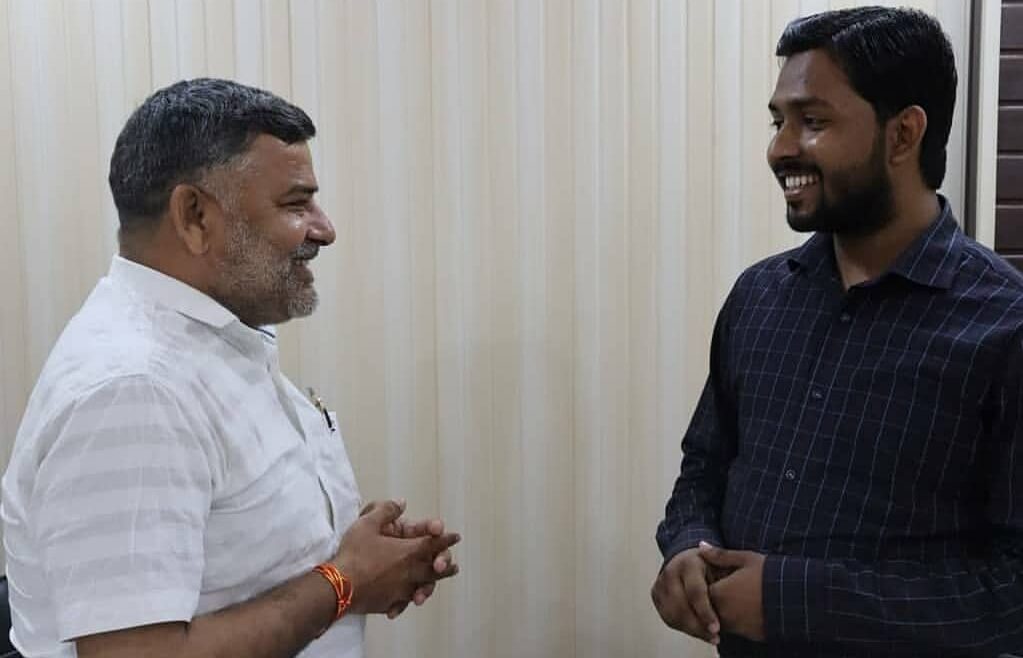 He then joined Allahabad University to pursue his further education. He did his graduation in Science and earned a B.Sc. Degree. Later, Khan sir Patna completed Mastery in Science which earned him a B.Sc. degree.

Khan sir was an Indian army enthusiast and always wanted to join it. Following this dream, he started his army preparation in his very early life.

He later appeared in Service Selection Board (SSB) Board exams. But sadly, he was unable to select for the Indian Army Force because of medical issues.

His hand isn’t straight as to how much it needs to pass the medical challenge. And thereby, he failed to achieve his dream.

Khan Sir was totally disappointed after failing the medical step. He was confused regarding his further career. Even he was unable to decide what he has to do now. At all, he was disrupted and loosed his hope.

Later, Khan sir begins a normal life without any goal. He sometimes used to help the children in their studies. Further, he realized why wouldn’t I pursue my career as a teacher.

Because he was now aware of his teaching skill and that what he was wanted. Focusing it deeply, he decided to use his astonishing aptitudes to build his career. 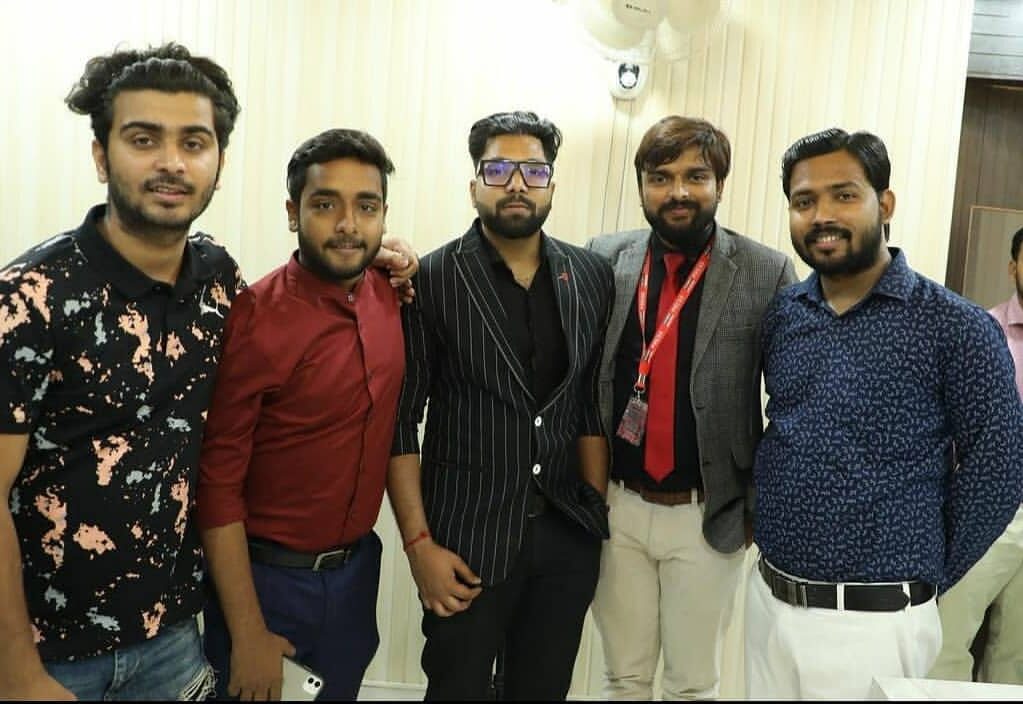 Khan Sir has also his relations in Bihar and that’s why he decided to start his coaching center in Patna. He was in search of an apartment where he can live.

When he found it, the apartment owner declines him to live there because he was Hindu and Khan sir is Muslim.

He then found a Muslim apartment, but this time, Khan sir declines to live there because the owner was also a religious discriminator.

Khan Sir is the founder and organizer of Khan GS Research Centre. This is the coaching center that Khan sir founded after coming to Patna. In the initial days, he faced a few troubles running his coaching center because he wasn’t in fame.

However, he continued his work which has paid him accordingly. He shortly gains immense popularity as students got engaged with his teaching style. The coaching center mainly trains UPSC students.

Later, it became Patna’s best coaching center. Besides this, Khan sir has been trapped in trouble many times. Some of Patna’s criminals warned him to stop his coaching center.

But Khan sir stand with the student’s future and continued his work ignoring their warning. They consecutively warned him for few times, but like always, he ignored it. 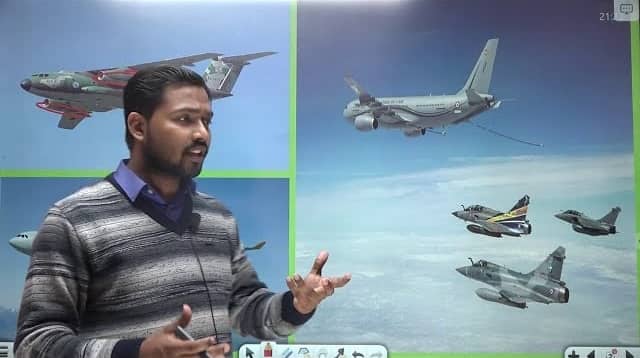 And then something terrible happened to the Khan GS Research Coaching Centre. The criminals came to the coaching and did the firing and smashed everything there. In fact, they threw bombs at the coaching center.

But luckily, no one was injured in this tragedy. Khan sir later complained about the issues in court and thereafter investigation started.

Well! Khan sir is one of the best Indian teachers. But have you ever asked yourself why? The answer is hidden in his teaching techniques and styles. Khan sir used very different techniques to educate his students.

Khan sir uses a Desi (Local) teaching style which makes an easy to students in understanding the topics. He says that “students would study only when they could understand the topics.

If not, then no one can teach them in any way.”

Khan sir Patna is a very entertaining and funny teacher most of the time.

He uses such a way of entertainment that directly insert the topics in students’ mind. He never does anything that could bore the students.

Khan Sir has also a YouTube channel, name Khan GS Research Centre. He created the channel on 25 April 2019 after looking at his teaching demand on the internet.

His first video was published on the channel on 26 April which is about the Human Brain. This time he hadn’t needed to wait for students as he was already in fame.

Students from all over India started attending his classes and shortly Khan sir channels saw a J-Curve success.

He crossed 1 Lakhs subscribers in July 2020. And now, he has over 8.7 million subscribers on his YouTube channel. He recently also created a video on the Palestine and Israel controversy.

Khan sir is an unmarried teacher and has no girlfriends. But his engagement has been completed with his future wife, whose name is still a secret.

As of sources, Khan sir’s wife is a doctor and studies at Banaras Hindu College.

He was going to marry his fiancé in May 2020, but the marriage was postponed due to the COVID-19 pandemic. Despite this, there is a rumor that Khan sir has a girlfriend who works in the army, but it is totally wrong.

Khan sir said that he asked his fiancé do you make a noise during eating food. In reply, she asked him do you snore during sleeping. It was like fun between him and his future wife.

Khan Sir Patna estimated net worth is 2 crores. He has numerous sources of earnings. However, he mainly creates his wealth through his Coaching Centre and YouTube channel.

Despite this, Khan sir can also earn through advertisements and books, he writes. Although, money is almost nothing for him because he believes in being rich by the mind.

In fact, Khan sir used to live in a very simple shirt and pants. Once he also said that he even doesn’t wear a new cloth during the Muslim’s top festival, Eid-Ul-Joha. The monthly income of Khan sir is around 2 lakhs.

Khan Sir has also numerous followers on his social media accounts. Currently, he has more than 110k followers on his Twitter profile. Despite this, he has over 43k likes on his Facebook page.

Recently, an IAS officer named Arun Bothra shared a post in which he wrote that “I would top the UPSC if I had a teacher like him”. And below his tweet, he mentioned a video of Khan Sir.

Khan sir is the teacher who can’t be forgotten by anyone. And he might be among the teachers to be noted in Indian history. He is doing such great work and bringing a very advanced change to the education system.

His own teaching strategies and techniques make him different from other teachers.

Khan Sir isn’t gold but a diamond, that is worthy and important. Everyone should need to learn from him. I hope that his life story inspired you a lot. Please share it if you feel valuable and also mention your feedback below.