Being a Korean, it would be obvious for you to know Kristen Kish. Not Koreans only, but Americans are also very familiar with her.

This is because she belongs from South Korea and pursued her chef career in America.

She is immensely popular for her culinary skills. People have become her die-heart fan who keep themselves in front of her shows.

After this all, we have brought her complete biography here that you should need to read it anyway.

Who is Kristen Kish? 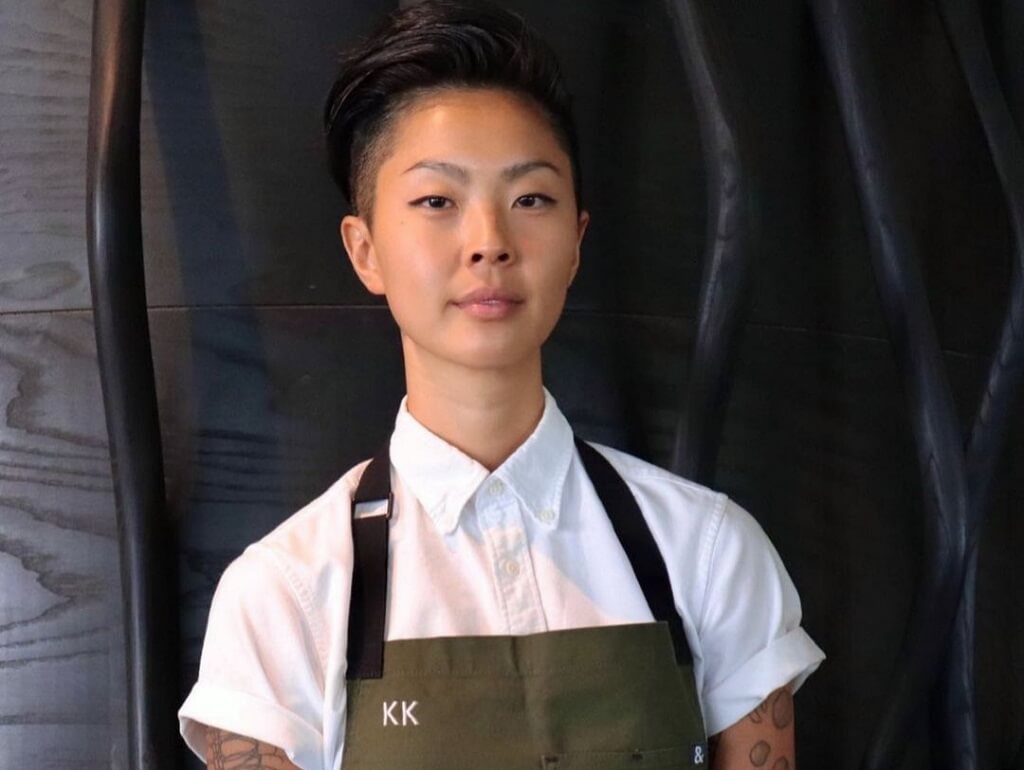 Kristen Kish is a Korean-born American chef. She is widely famous because she won the tenth season of top chef. She started taking coaching at Le Cordon Bleu College of Culinary Arts, which is a culinary school.

Right after learning techniques for making scrumptious dishes, Kish started her career at a young age in the same field. As of now, she is widely famous and hosts many cooking shows.

Kristen Kish was born on the 1st of December 1983 in Seoul, South Korea. She is an adopted child.

Her parents were from Kentwood, Michigan and they adopted Kish when she was only four months old.

Her brother’s name is Jon. Further, she has not received any information regarding her parents and her childhood.

Kash is quite secretive when it comes to her personal life, especially her early life. So, it’s hard to guess anything about her childhood.

Regarding her education, Kish went to East Kentwood High School for completing her secondary education.

Further, for her graduation, she joined Le Cordon Bleu College of Culinary Arts in Chicago which is a Cooking and Hospitality Institute of Chicago.

After completing her education, Kristen Kish Started as an instructor at Stir, a culinary demonstration kitchen in Boston, Massachusetts.

In the same year, Kish received a golden opportunity to participate in the qualifying rounds.

At that stage, she was challenged to recreate a signature soup, and luckily, Kish passed the challenge and moved on into the competition. 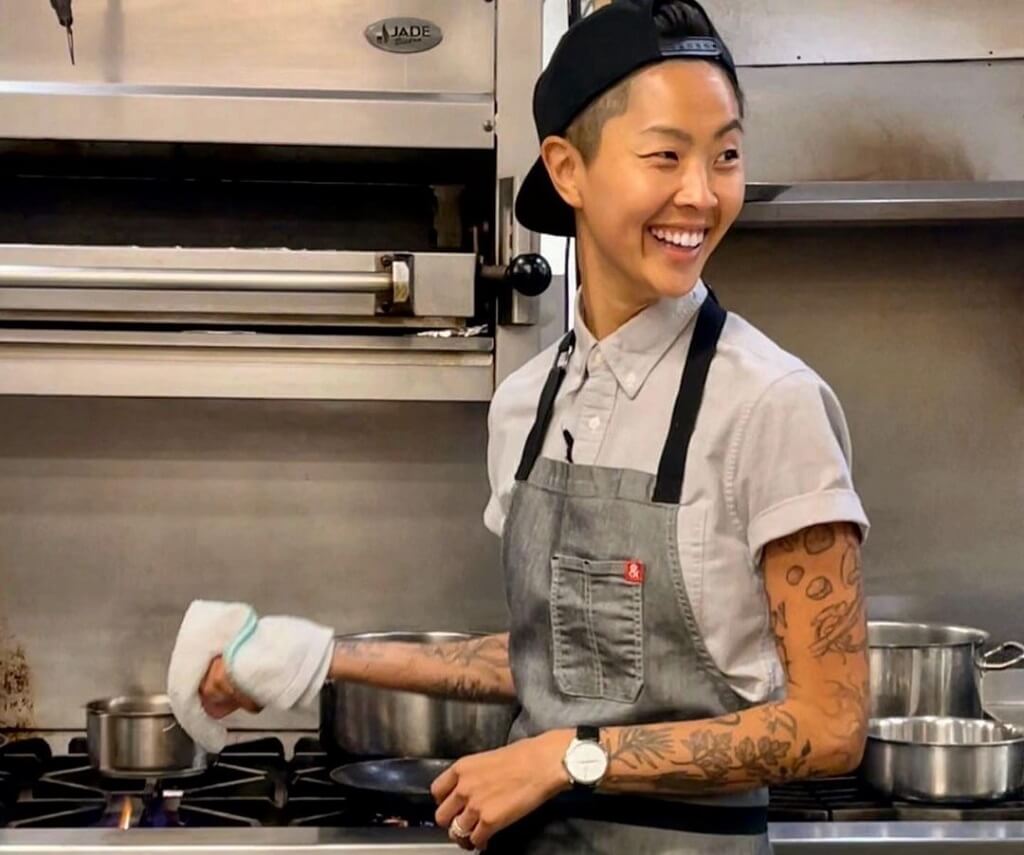 In the final round, she defeated Brooke Williamson and Kish was crowned the Top Chef. She became the second woman to win in the history of the Top Chef franchise.

In 2015, Kish was seen hosting a show with her co-host Kyle Martino who is a famous TV analyst and a former soccer player.

She appeared in the pilot season of 36 Hours which was a travel channel series. For this show, both spent 36 Hours exploring, eating, and drinking.

As of now in 2021, we can see Kish as a judge alongside the other two judges Jeremy Ford and Justin Sutherland in the Fast Foodies show featured on TruTV.

Kristen Kish is not straight; she is a lesbian. Her first relationship was with Jacqueline Westbrook.

Kish on the 28th of March 2014, openly announced that she is in a relationship with Jacqueline Westbrook and it was their first anniversary.

She announced it on Instagram and her fans were crazy to know about her love life. 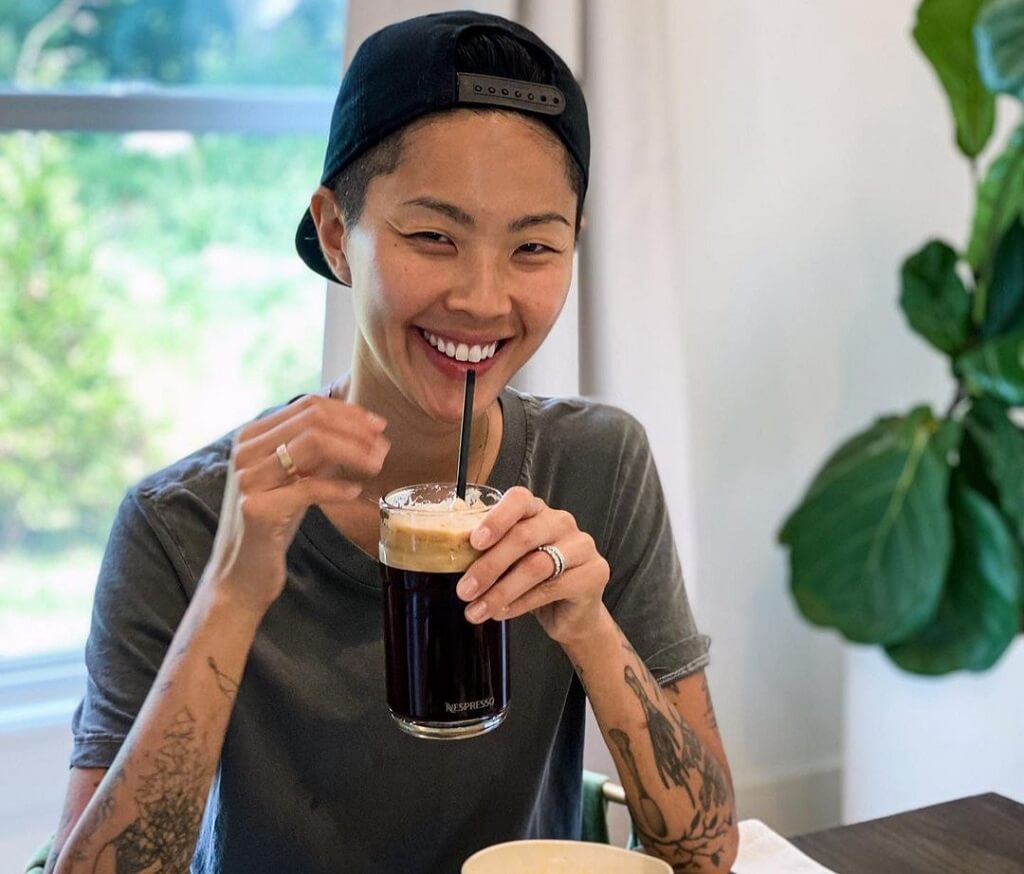 Unfortunately, this was not a successful relationship for Kish. They both broke up without citing the exact reasons.

On 29 September 2019, Kish announced that she got engaged to her partner Bianca Music.

According to an Instagram post, Dusic is a VP of Food & Beverage for Standard Hotels. They tied their knot on 10 April 2021.

Kristen Kish is having a huge fan following across the world. She is polite and keen on her work so it was never difficult for her to attract people to her.

Kish is a charming personality and deserves love. She has been followed by many people around the world. Following is the list:

Kristen Kish has not revealed her net worth publicly. As it is known that she is not comfortable disclosing her personal information so she has kept most things secret.

But looking at her success story, it is estimated that she earns really well.

Kish won a total of $125,000 grand prize when she won Top Chef – Season 10. She is active on social media platforms, which is again a good source of income for her.

So, it is estimated that Kish earns well.

Kristen Kish is so much devoting personality. She joined a culinary school so that she could learn all the trips that would help her in her life. Despite facing some difficulties, she stands stood strong.

Kristen is a true inspiration personality. She is receiving much love from her fans and all the people around the world. I hope you enjoyed reading her biography.

Please share your feedback with us and let us know your experience.

Next Read: Who is the famous chef Adriano Zumbo? Read his complete biography