Its true art has no form. And only true artist who has met themselves on a deeper level are able to create masterpieces. There are so many young artists originating from all corners of the world.

One of them is Landon Barker. His art form is based on acting and singing. Landon has created two songs, “Trust” and “Don’t Need Her”, which are applauded by a large audience.

Let’s know more about this young artist’s inspirational life story. So without any further delay let’s get started.

Who is Landon Barker? 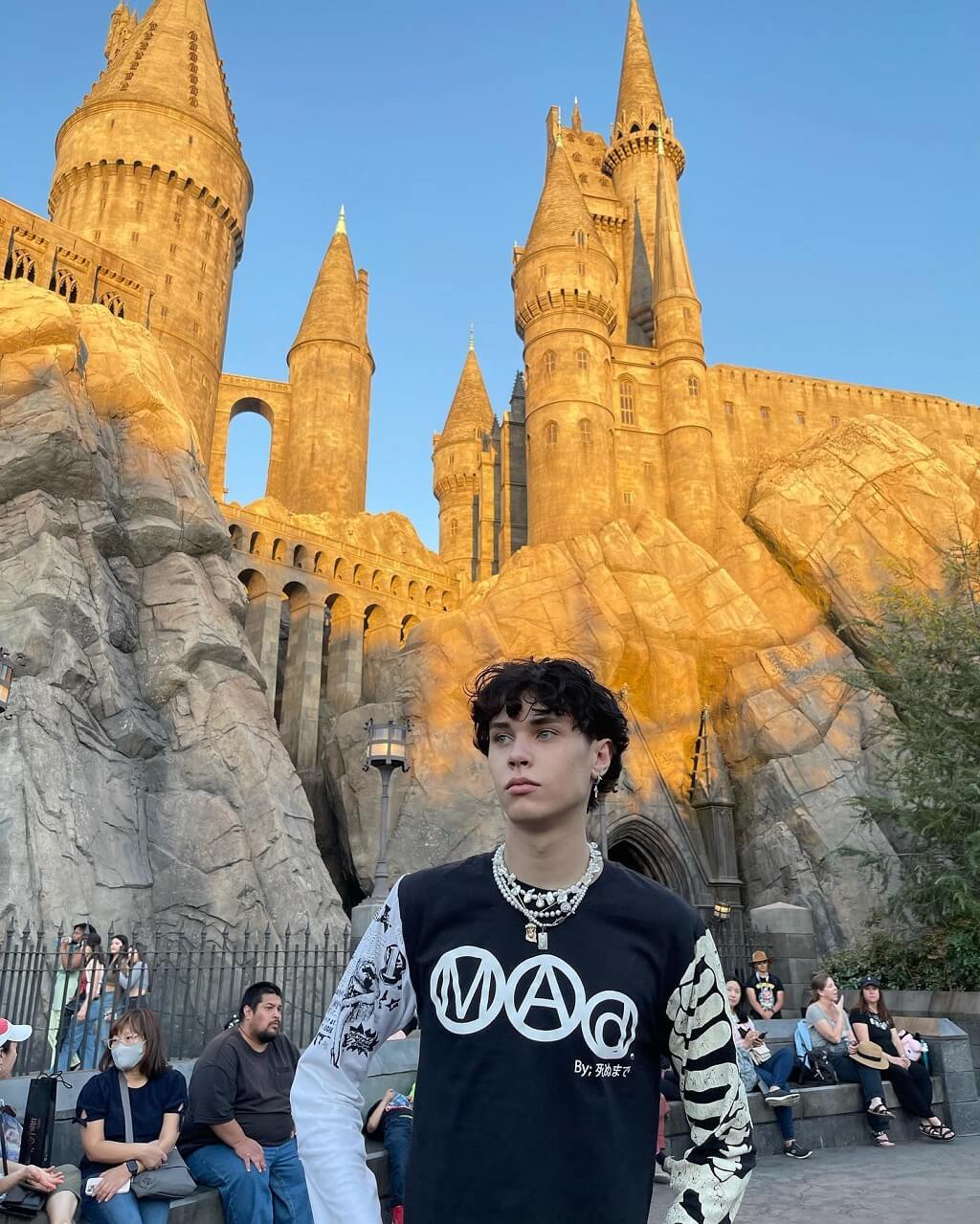 Landon Asher Barker aka Landon Barker is an American rapper, singer, musician and social media personality. He came into the limelight with his appearance in the hit MTV reality series “Meet the Barkers” with his family.

He is also a social media star and keeps sharing his pictures in different hairstyles and fashionable outfits on his Instagram account.

Landon also has his own YouTube channel named Landon Barker which has amassed a huge fan following and is still growing.

The young artist is well-known for being the son of the famous musician and drummer Travis Barker and his famous model mother, Shanna Moakler.

Landon Barker was born on 9th October 2003 and is of 18 years of age as of 2022. He was born and raised in an upper-middle-class family in Santa Monica, California, United States.

Landon holds American nationality and has his belief in Christianity religion. He has two siblings. His sisters’ names are Alabama Luella Barker and Atiana Cecilia De La Hoya.

Landon had his early education in a local private school and he is still in school. Since his childhood, Landon has been interested in drama and acting.

He has also participated in many societies and school drama programs, thereby resolving to choose the theatre and singing profession.

Even as a child, he used to follow his dad to tours and concerts and had once been on stage with the rock band Blink 182 as the drummer.

According to information recalled by the British newspaper ‘The Mirror,’ Blink-182 drummer Travis Barker (father of Landon Barker) boarded a plane bound for Los Angeles when it crashed on September 19, 2008.

The private Learjet had taken off from Columbia, South Carolina, but never made it to its destination. The plane’s tires blew out on takeoff due to a loss of pressure.

The plane veered off the end of the runway and crashed into a fence before bursting into flames after aborting takeoff.

Three of Barker’s closest friends died in the horrific accident, and he was left with burns covering 65 percent of his body.

Fortunately, Travis recovered from the fatal injury. However, he didn’t fly again for 13 years after his horrific 2008 accident. 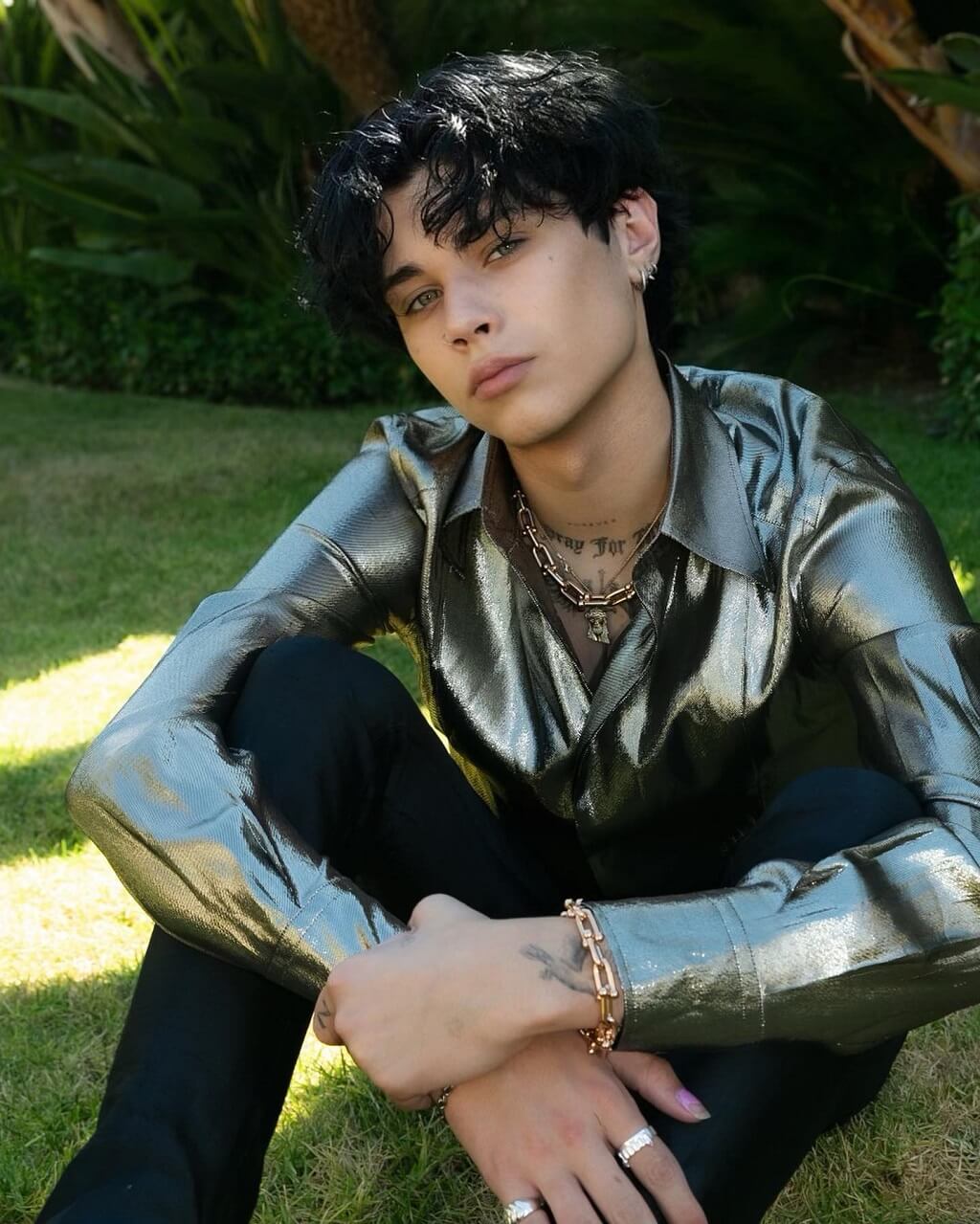 From his childhood, he has been interested in drama and acting. Landon Asher Barker began a career at the age of two when he participated in the family’s TV Reality Show Meet the Barkers.

The reality show is based on the day-to-day lives and musical expeditions of the rock star Travis Barker, his wife Shanna Moakler, and their children.

The show has two seasons with a total of 16 episodes. Landon has been going for performances with his father from a very young age on his musical concerts and trips.

He has set up a musical group with his friends, named ‘OTG.’ He uploads his videos and self-composed songs on his YouTube channel. His songs, “Trust” and “Don’t Need Her”, are applauded by a large audience.

Now coming to his personal life. Landon is single as of now. He was in a relationship with social media star, Devenity Perkins in 2016, but got separated shortly.

However, he was also rumoured to have had an affair with actress Natalia Muriithi in the past.

Landon Barker’s estimated net worth for the year 2022 is $500,000 USD approximately. He has acquired the majority of his wealth through tv show appearances, music, and brand collaborations on social media.

Further, he has earned a lot of amount through his different earning sources.

Landon Barker is a tall handsome young man. He has sharp features with fuller lips and a pointed nose.

He stands for 5 feet 9 inches (175 cm or 1.75 m) and his body weight is about 56 kg or 123 lbs. His hair color is brown and fair skin tone with dark brown eyes which complement each other perfectly.

Thank you for reading this article about Landon Barker. We hope you enjoyed reading the article.

Please share your valuable thoughts and opinions on this article in the comment section down below. We would love to hear from you.

Next Read: Who is Charlie Heaton’s Son Archie Heaton?