You might have heard about a lot of actors. But Logan Kim is different and more interesting than many others.

He is just a 15 years old kid who has amazed everyone with his stunning performance. Let’s dive below in this biography to know everything about him.

Who is Logan Kim? 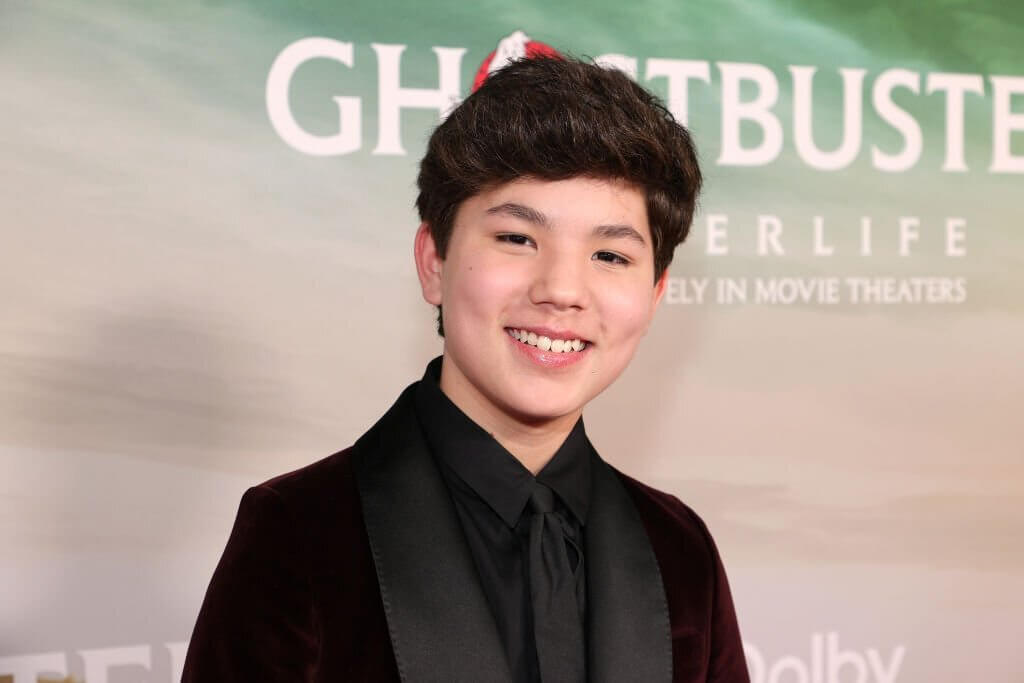 Logan Kim is a young emerging actor who is immensely popular for his appearance in the film Ghostbuster: Afterlife.

The American-born kid has stunned everyone with his extraordinary performance and has won over millions of hearts.

Kim has also appeared in a few films earlier, but those were small roles and had no great impact on his life. But this one, what a film for him, he just became one of the best young/child actors in the world.

Kim has discovered a special aptitude in him that is leading the way in his life. Let’s see how it all started and how it’s going.

Logan Kim was born on 7 March 2007 in Dallas, Texas, United States of America. He grew up in a nice family with his father, Dohi Kim and mother Brandi Kim.

Kim has also a brother named Lucas Kim. He has studied his primary education at Cathryn Sullivan’s Acting for film Drama School.

There at the Drama School, Kim learned about acting and observed every point deeply. His presence of mind in the class made him one of the top young stars today.

Kim was interested in acting since his childhood. He has developed a sense of acting in himself that always enhances him to do more effort making his acting skill perfect.

And after all of his such effort, Kim has managed to achieve huge popularity in a very short time. 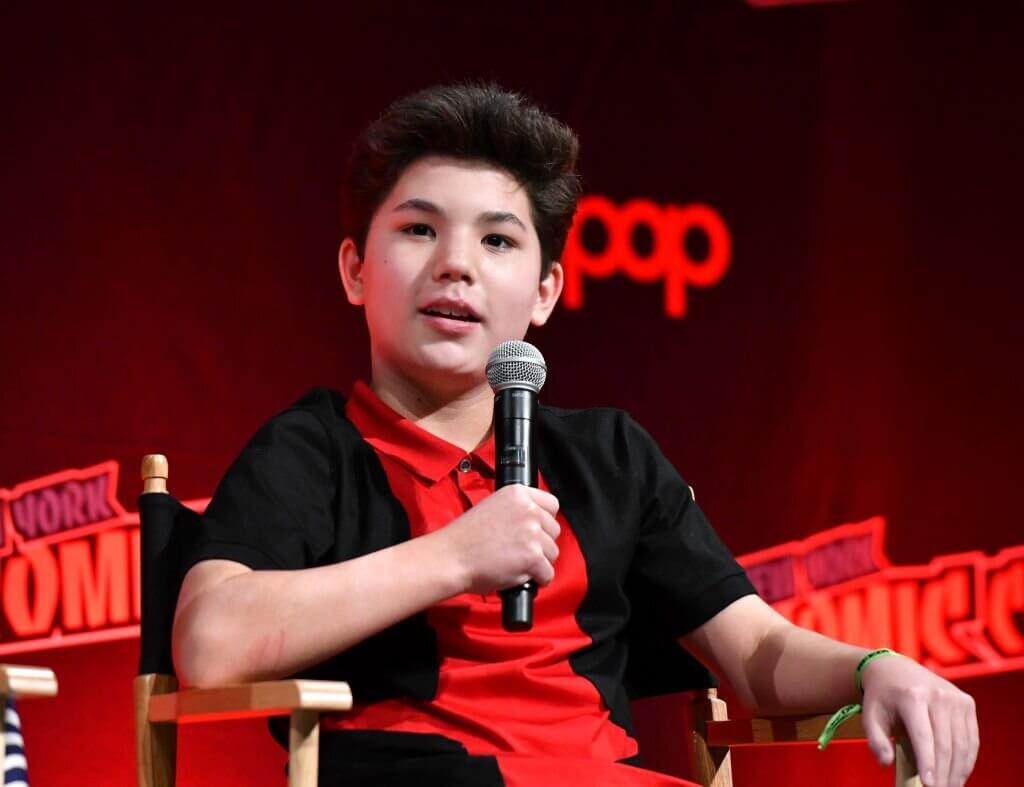 Logan Kim started his career as an actor by doing small trail roles in his school. Later on, he came on the real stage where he first appeared in the TV Mini-Series Home Move: The Princess Bride.

In this movie, he did the role of the grandson as he was enough young to do it. And as per his age, he will currently play such grandson or son roles.

This was just the trailer of his life which brought a revolution in his career.

Logan eventually came into the limelight after he appeared in the film Ghostbuster: Afterlife playing the role of Podcast.

The Ghostbuster movie was basically a story in which a single mom and her two kids arrive in a small town and they start to discover their connection to the original Ghostbusters and the secret legacy their grandfather left behind.

Kim earned huge name in the film industry and now is supposed to get more opportunities for his roles.

Reportedly, Logan Kim has also acted in Home Movie: The Princess Bride in 2020. Besides this, he is believed to have small roles in other films.

For Kim, his debut film would be Ghostbuster: Afterlife as it gave him a new life, made him something new, and changed everything for him. 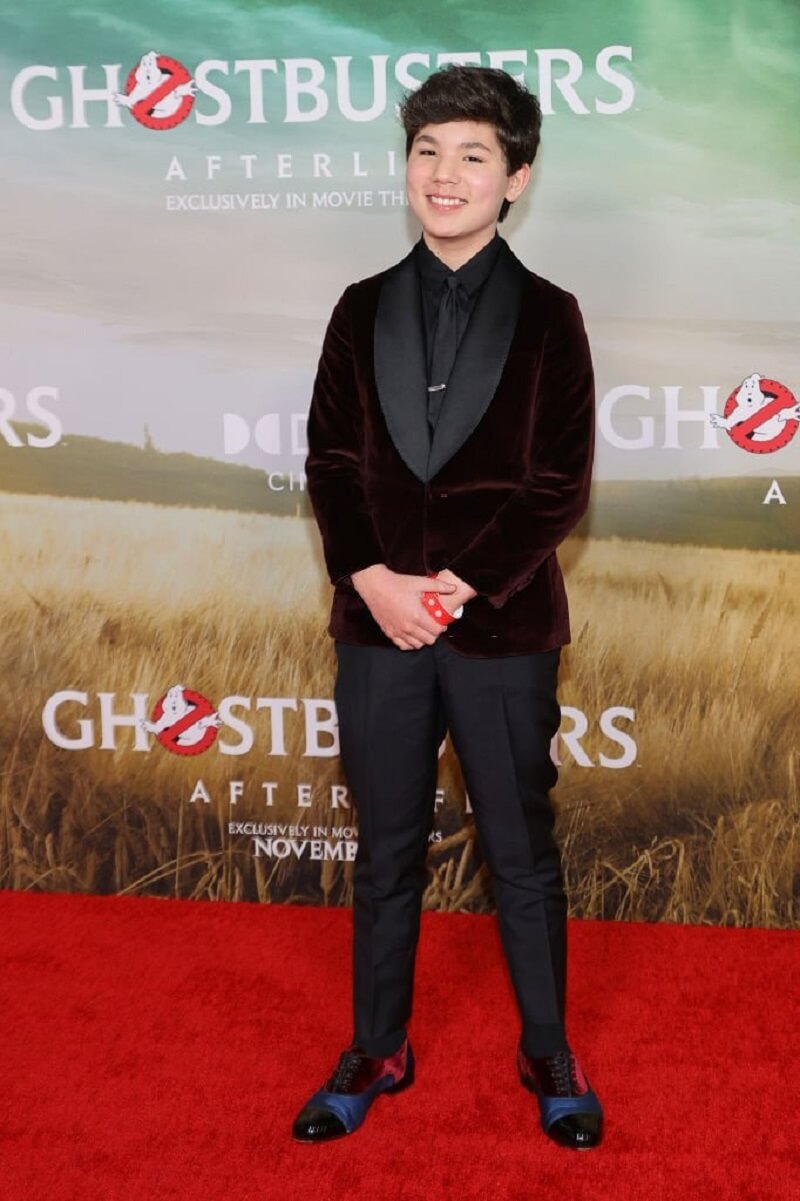 Logan Kim is just a 15 years old boy who is yet not in a relationship because of his age. And if someone is searching about his marriage life, that is purely illogical as he has just become a teenager.

Hopefully, it will take more than 3 to 5 years for him to get into any relationship, and then he could have a girlfriend.

Logan Kim is an emerging icon in the film industry and has the strength to achieve great results in the future. He should be considered seriously.

But now, with his great efforts and huge income, he has made another $200,000 USD so far this year.

Logan Kim was almost nothing since he was not appear in the film Ghostbuster. But after that, he made a huge amount that ultimately changed his living style to everything.

Kim mainly earns through his acting roles and Ghostbuster has really paid him nicely. Besides this, he has also the power to do brand promotions and paid advertisements for valuable products.

This way, Kim can generate a lot of amounts in a very short period.

Logan Kim is a little handsome star with a fit and fine body figure. He currently stands around 4 feet 3 inches (127 cm) taller and is considered around 35 kg in weight.

Kim has black eyes and brown hair that ultimately made him something more amazing than others. Some people might see his hair as black as it is not that brown to look clearly.

But when you will find it clearly, you will get our point. Overall, this little kid has more than what today’s 30-year-old men have not.

This was all about the actor Logan Kim.

We hope you enjoyed reading the life story of Logan Kim and enjoyed it. Please share your thoughts and opinions regarding this article below in the comment section.

Next Read: Who is Sacha Carlson? Biography and Life Story