Marissa Danae is an Instagram model and social media influencer known for sharing fashion, swimwear, and lifestyle photos on her @mxrvssa account.

She has more than 850,000 followers on the platform. Her page often features updates from her luxurious lifestyle.

Before gaining fame, she posted her first modeling photo on Instagram in 2016. The photo is captioned, “You got me, speechlessss ….”

Who is Marissa Danae? 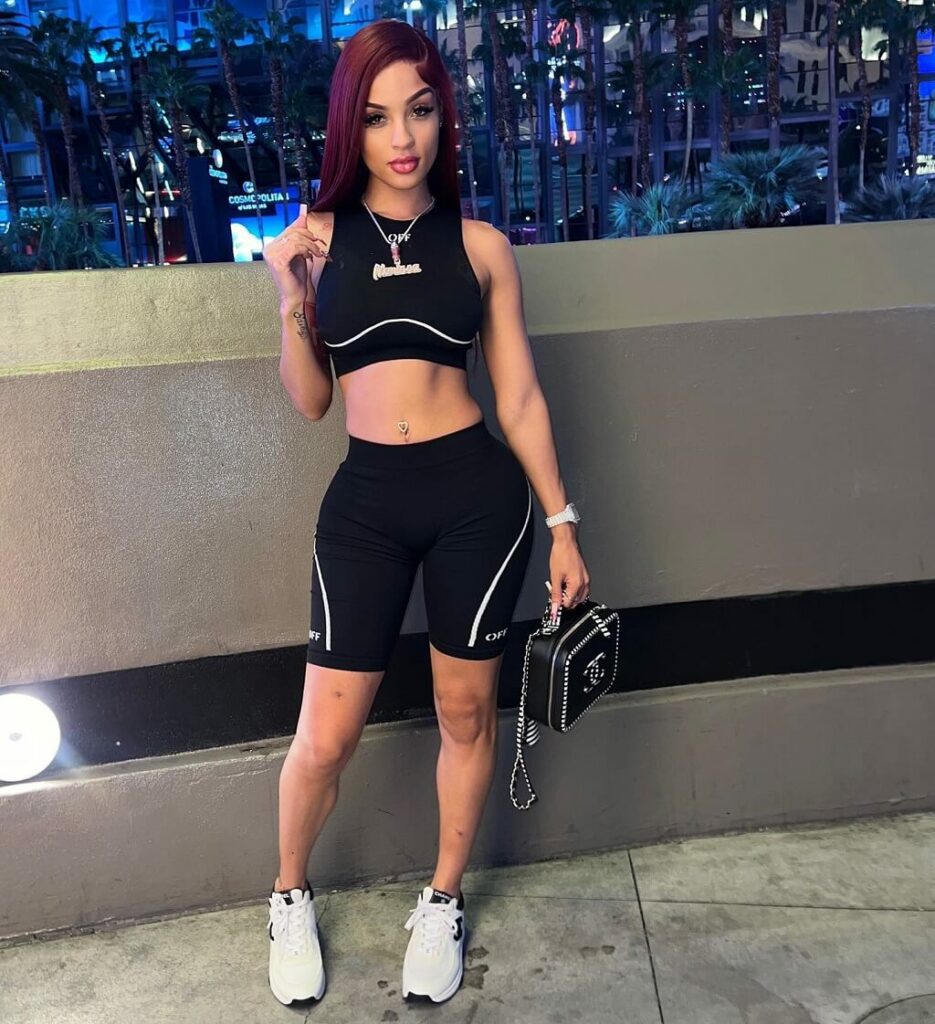 Marissa Danae is a well-known social media personality. She launched her own businesses, Lavish Hair and Brazy but Lavish Boutique.

She has garnered over 190,000 followers on her mxrvssa TikTok account. She is in a relationship with NLE CHOPPA which made her grow her fame instantly.

She also mentions the rapper Nas in her Instagram bio.

Marissa Danae in Amarillo, Texas, USA. Thus, she holds an American nationality. She does belong to a mixed ethnic group.

She was brought up by her mother, Melissa Rodgers. Her father’s name is John Juan Harvey.

After her parents’ divorce, her mother remarried, and the social media celebrity has a step-sister called Ahlyissa Rogers. She grew up between Oklahoma City, Oklahoma, and Dallas, Texas.

As far as her education is concerned, she has attended Douglass High School. But whether she is a college graduate or not is not known.

However, she found her career in social media soon after. 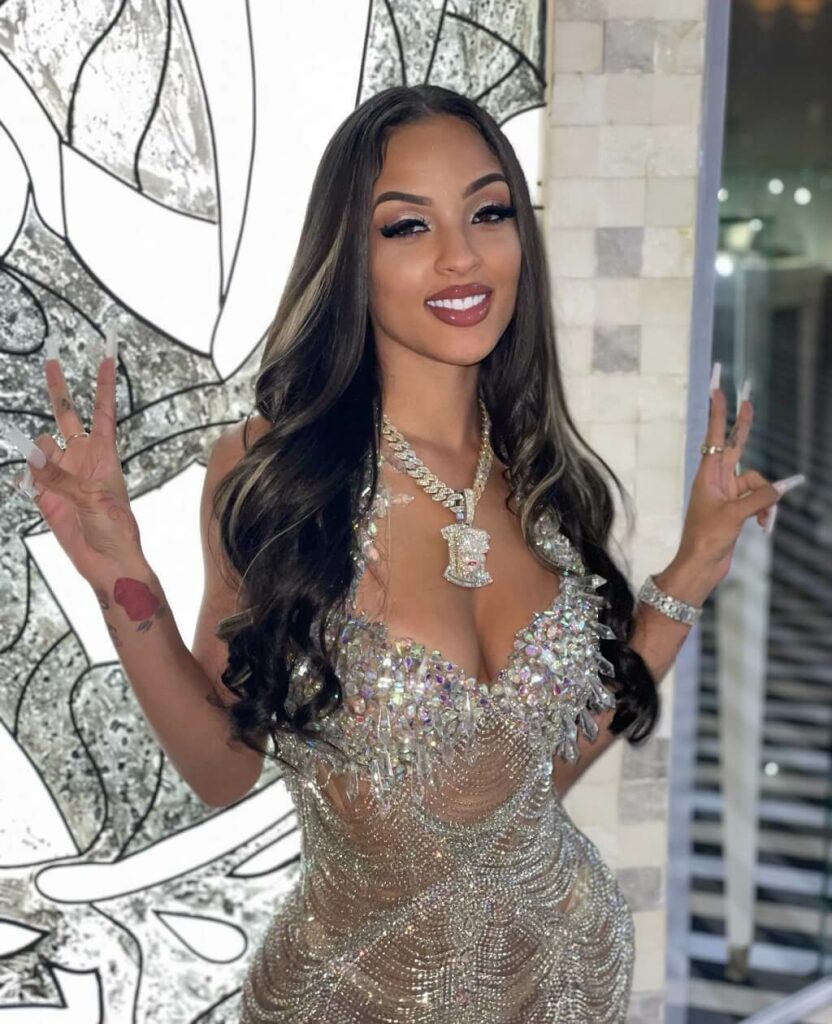 Marissa Danae is a prominent social media influencer, model, and entrepreneur from the United States.

She gradually gained fame on social media by sharing her modelling pictures on Instagram and videos on TikTok.

However, her fame skyrocketed when she started dating the famous American rapper NLE Choppa.

Marissa Danae is a successful content creator, and she has caught the attention of many netizens with her engaging content on different social media platforms.

She is a TikTok sensation, YouTuber, Instagram model, and businesswoman.

The entertainer has a considerable following on TikTok, where she posts numerous videos about fashion, beauty tips, dance, lip-syncs, and other routine activities.

Her self-titled YouTube channel was created in December 2018, and it has over 14k subscribers.

She uploads travel vlogs, pranks, and makeup tutorials on the channel.

NLE Choppa’s girlfriend is an Instagram model, and she regularly shares her pictures on the platform, where she has more than 795k followers at the time of writing.

She is also a businessperson owning two businesses, Brazy but Lavish Boutique and Lavish Hair Extensions.

Marissa Danae is in a relationship with NLE Choppa. They have been together for a long time now. The social media influencer is dating American rapper NLE Choppa. M

It is unknown when the couple started dating, but rumours about their relationship surfaced in 2021. Previously, NLE Choppa dated American beautician Mariah J with whom he shares a daughter called Clover Plotts.

The two are still dating, and they regularly share pictures of their best moments on social media. Her boyfriend occasionally appears in her YouTube videos.

The couple announced in December 2021 that Marissa was pregnant and was expecting a baby boy in June 2022.

They planned to name their child Seven Da’Shun Potts, but unfortunately, she lost the pregnancy through miscarriage, and they broke the news to their audience on YouTube.

The celebrity also revealed in the video that she had had six miscarriages. However, the couple is still together.

Marissa Danae has an estimated net worth of around $5 million as of 2022.

Marissa Danae is a famous personality in the American entertainment industry. She is also a widely known content creator on social media and the girlfriend of rap music sensation NLE Choppa.

Additionally, she is a thriving businesswoman.

This becomes her primary source of income.

Her secondary source of income is her business ventures in many industries which also earned her a good sum of money.

Marissa Danae lives a good life and loves the luxurious lifestyle and the pleasures that the world provides.

NLE Choppa’s girlfriend, Marissa Danae stands at 5 feet and 5 inches or 165 centimeters tall and weighs about 128 pounds or 58 kilograms.

She has in a video on YouTube talking about having surgeries on her body. However, it is not disclosed as to which surgeries she had performed on herself.

Marissa is a beautiful young lady with a gorgeous and curvaceous body.

She does to regular gym regularly to maintain her perfect figure. Also, she loves to have homemade food and tends to avoid eating outside.

So this is all you need to know about the girlfriend of NLE Choppa. Thank you for reading this article about Marissa Danae.