A young multitalented and successful actress, it sounds good. But in reality, it’s not that easy for an upcoming actress to set foot in US TV and film industry.

It definitely cost hard work, consistency, a positive attitude, competent skills, commitment to work, and many other things.

When you have multiple talents, you need some extra effort to polish yourself. We are going to explore one such personality, none other than Mary Mouser.

She is one of the emerging actresses in the film and television industry. She also worked as a voice-over artist. Let’s take a deep look at her life.

Who is Mary Mouser? 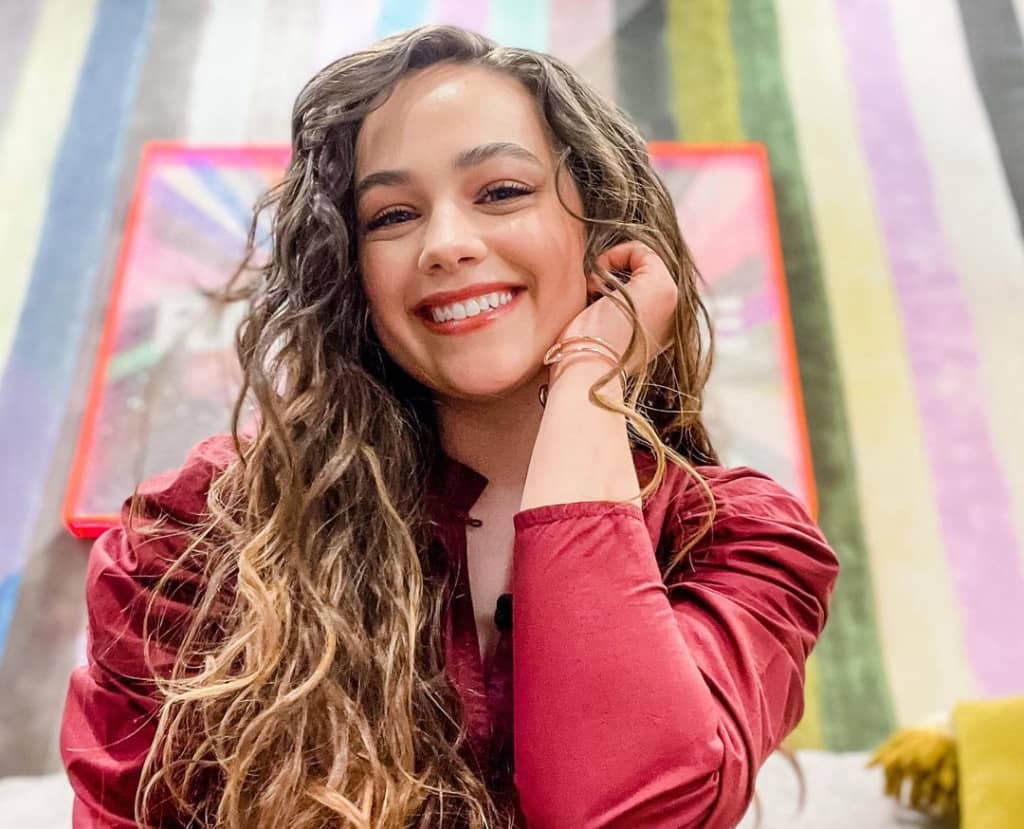 Mary Mouser is an American Actress. She is known throughout the world due to her acting skills. She chooses acting as a profession at the age of six.

She has gained recognition for playing a powerful role as “SamanthaLaRusso” and “Lacey Fleming” on the ABC series Body of Proof.

She is also best known for her role as Karen Grant, Fitz & Mellie’s daughter on “Scandal” in season 5.

Mary Mouser was born on 9 May 1996 in Pine Bluff Arkansas, US. Her real name is Mary Marilyn Mouser. The name of her parents is Scott Mouser and Tina Mouser.

She attended a Local High school in Pine Bluff Us. And she completes her graduation from the Local Private University, Arkansas.

Mary Mouser is suffering from type 1 diabetes, which she was diagnosed within 2009.

Mary choose acting as a career at the age of six when she was selected as a photo_ double for Abigail Breslin’s character in sign.

She started voice work in 2005 for animated features such as PomPoko, Tarzan II, Final Fantasy 7 Advent children, and in Son of the Mask as a character AlveyAvery.

In 2006, she has done voice work for the short film “Christmas Wishes” as the character Lill. She also played the role of Christian Pastore in Mr. Fix it.

In 2007, she performed the role of Sara in LA blues. She also has done a short film Penny Dreadful by playing the character of Clara Fowler.

From 2008 to 2009, she also was a voice actress in Dragon Hunters by playing the role of Zoe (voice), Delgo as a baby Delgo (voice), Bride Wars, and in The Hole as Annie (voice).

In 2008, she also played the character of Julia in Ball Don’t Lie. For2011, she performed in all kids Count as a character of Carla.

In 2014, she has done various films such as Medeas by playing the character of Ruth, in Field of lost shoes as a character of Libby Clinedinst( a local girl), and in Alexander and the Terrible, Horrible, No Good, Very Bad Day as a role of Audrey Gibson.

In 2004, she played the role of Amy Rose in the episode “Nickel and Dimed part 2, the drama serial without a trace.

In 2005, she worked in different drama serials by playing different roles such as Scrubs(Episode“My lips are sealed”) as a role of a little girl, in Monk ( episode” Mr. Monk goes home again” ) by playing the role of Princess Girl.

She also worked in the drama serial Inconceivable ( episode” Between an egg and a hard place”) by performing the character of Kylie.

She also has appeared in a guest-starring role on CSI: Crime Scene Investigation, The king of queens, and had a reoccurring role on NCIS as Leroy Jethro Gibbs daughter Kelly Gibs.

In 2006, she has done a television film Mindy and Brenda by playing the character of a Young girl.

From 2006 to 2007, she has done voice work in the animated series “Eloise” by playing the main voice role of Eloise.

In 2007, she worked in the television film A Stranger’s Heart by performing the role of Cricket.

She also worked in State of Mind as a character of Ashley Petrovsky.

From 2007 to 2008, she played the character of Mia Weller in the drama serial Life of Wild. In 2008, she also worked in Life by performing the role of CarinSutter.

From 2009 to 2010, she played different characters such as Tyler Seeger, Marmalade/Ambrosia, and Madison in various serials named Lie to Me, Chowder, and Ghost whisperer.

She gains recognition by the serial Body of Proof by playing the role of Lacey Fleming from 2011 to 2013.

In 2014, she has done working in different television series like Saint Francis, Scandal, and Criminal Minds by performing the recurring roles of Kimberly Quinlan, Karen Grant, and Rebecca Farland which gives her immense fame.

From 2015 to 2016, she played the characters of Sydney Maron, Earth Fenn, Shelby’s Lockhart, and Mary jones in various telefilms and drama serials such as Maron, the Devil you Know, CSI: Cyber, and The Freakish.

In 2017, she worked in the dram serial Scorpion by playing the character of Ada Mouser.

In 2018, she was known by the people by playing the main role of Samantha LuRusso in the Cobra Kai.

From 2018 to 2019, she has done working in Happy together and Room 104 by playing the characters of Diane and Adrianne/Lisa.

Her name was also prominent by playing the voice work in the video game The Lord of the Rings: Aragorn’s Quest as the role of Eleanor. 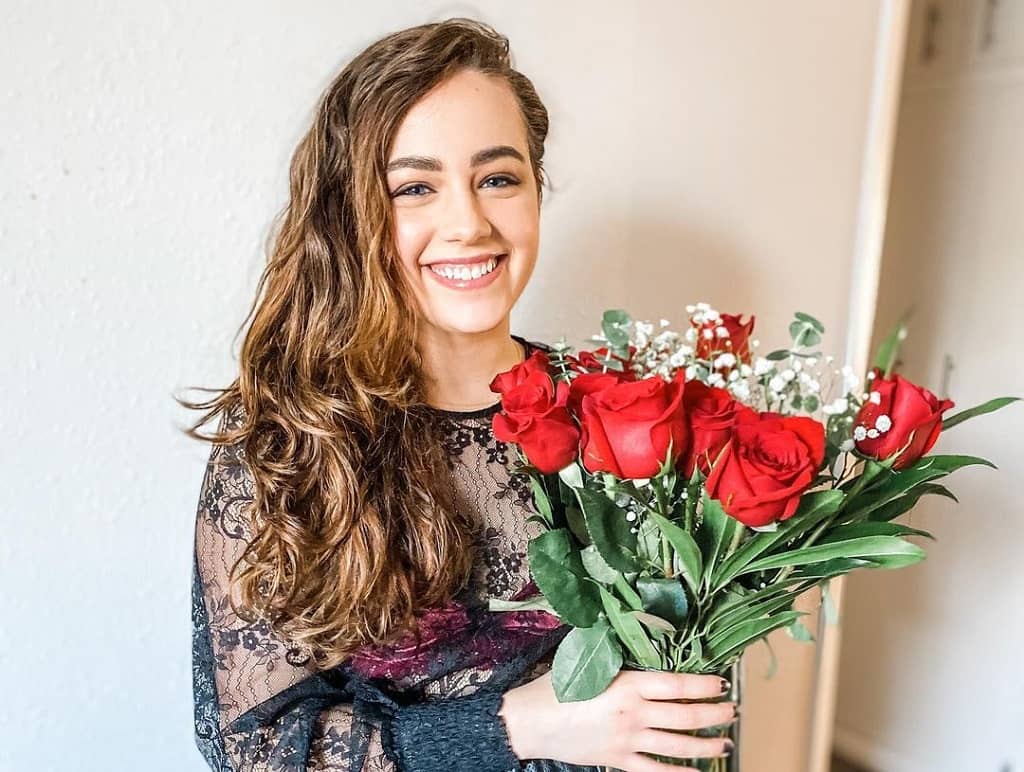 When we talk about Mary’s personal life, we came across the four family members. Her father Scott Mouser, her mother Tina Mouser, and her two siblings Laura Ashley Mouser and Aaron Parker Mouser.

She is unmarried but she enjoying her romantic life with her boyfriend named Brett’s Pierce.

Both were looking for a cute couple together. Mary doesn’t hesitate to share their pictures on social media.

They were very open about their relationship and posted their memories to keep people updated. In 2009, Mary is diagnosed with type 1 diabetes.

While viewing her career Mary Mouser played different characters in television series. She has performed various voice works in filmography.

She got recognition to the world of glamour by her recurring role as Samantha LaRosso and Lacey Fleming on the television serial.

Due to her marvelous career, she has a net worth of about $2 million.

Mary Mouser is highly famed on social media plate form due to her activeness.

Her acting skills and Glamorous personality win millions of people’s hearts and she ultimately gained millions of followers on social media.

I hope you loved reading the biography of Mary Mouser. Let us know your experience by sharing your feedback below in the comment section.

Next Read: Who is actress Danny Perea? Read her complete biography