Don’t know about whom you should read? Looking for someone whose work can impress then you are on the right page. I have a name for you.

It is MyAnna Buring who is a Swedish actress and for only for working for a decade she became one of the most searched celebrity.

Who is MyAnna Buring? 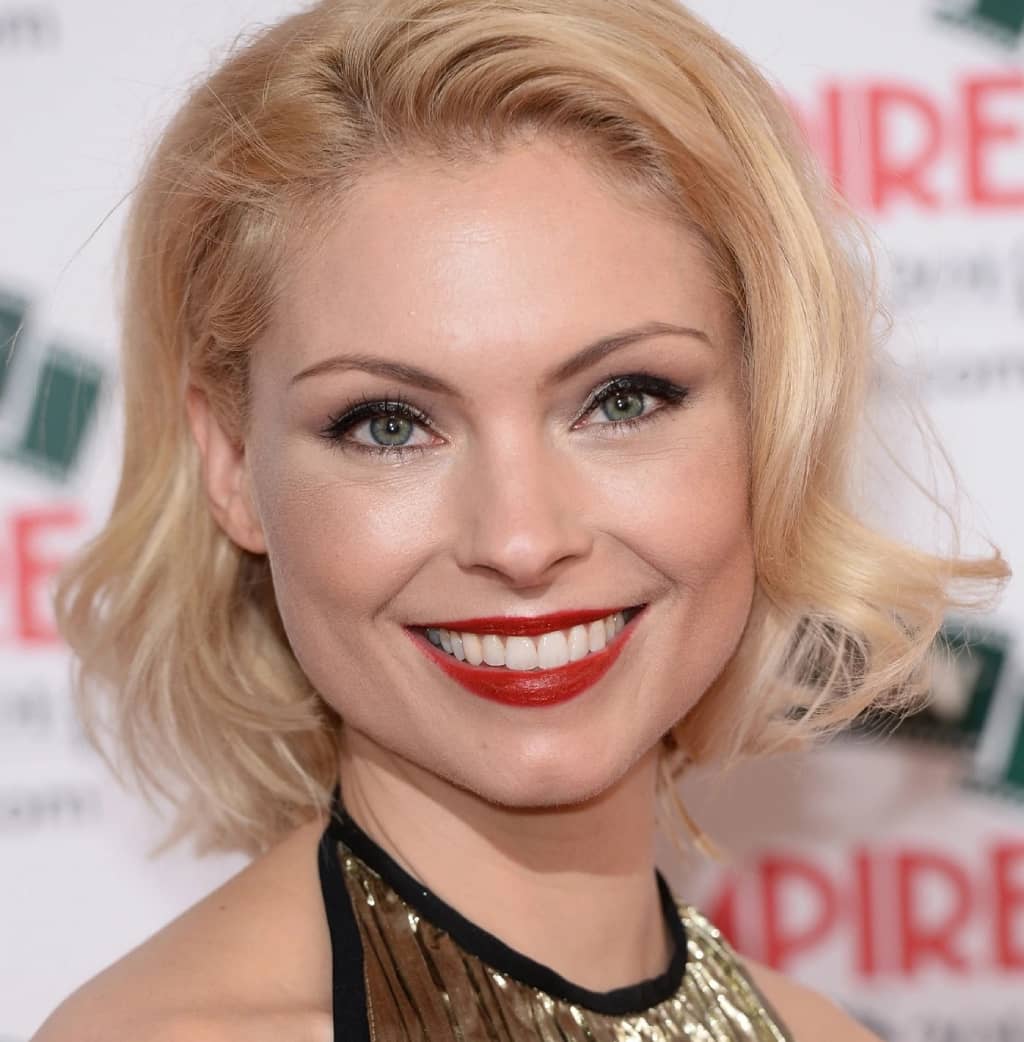 MyAnna Buring is an actress from Sweden who is famous for her roles in Kill List, The Descent, The Twilight Saga: Breaking Dawn part 1 and Part 2. Some other popular shows in which she appeared were The Witcher, Ripper Street, and The Witcher 3: Wild Hunt- Blood and Wine.

Now let’s move to the early life of MyAnna Buring.

MyAnna Buring was born on 22 September 1979. Currently, she is 42 years old. She was born in and belongs to Sundsvall, Sweden. Her birth name was Anna Margaretha My Rantappa and spent her early years in the Middle East while growing up.

Her academic records show that she attended her secondary school at the American British Academy that is located in Muscat, Oman. One of her prominent childhood friends is Stegath Dorr who is a productive horror filmmaker and an actor as well.

After turning sixteen, Buring decided to move to the United Kingdom and there she attended the London Academy of Music and Dramatic Arts and from where she graduated in 2004. She acted as the associate director of the MahWaff Theatre Company.

MyAnna Buring is a great career to share with all who are interested in reading about her. She debuted in the acting industry in 2004 and only after two years did she receive her first project.

It was 2006 when she appeared in the first two episodes of “The Impossible Planet”. The episode was named Doctor Who story. She stepped into the character of Scooti who perished in the vacuum of space. Also in the same year, she was seen playing the character of Olivia in Shakespeare’s production Twelfth Night by Exeter’s Northcott Theatre Company.

After that, she was featured in a new play titled Seduced at the Finborough Theatre of London. Buring gave life to the character of Alice in the independent film Credo. The second name of the film was The Devil’s Curse.

When looking at her further projects, the information that has come to us tells us that she was starred in Midsomer Murders, Murder Prevention, Casualty, and as Debby in Much Ado About Nothing.

She appeared in Guardians and Monologue for an Ensemble for MahWaff Theatre Company. She was also seen in an Inspector Call for the same theatre company.

Buring was featured in a significant role in different BBC drama serials in 2012 and these shows were Ripper Street and Blackout. She also became a part of the cast of Downtown Abbey reflecting as the maid Edna Braithwaite in the Christmas special episode and the fourth season as well in 2012.

She was seen in the role of protagonist Karen Clarke in December 2012. Karen Clarke was a woman who was hunted by her past but eventually, she succeeded to catches it in the second part of drama called The Poison Tree that was on-aired from ITV1.

In the following year, she appeared in one episode of the Crossing Line of NCB playing villainess Anika Hauten. After 2013, she has noticed active again in 2017 Buring played the lead character of Helen Weeks who was a Manchester Detective Inspector in a 4-part drama of BBC “In the Dark”. 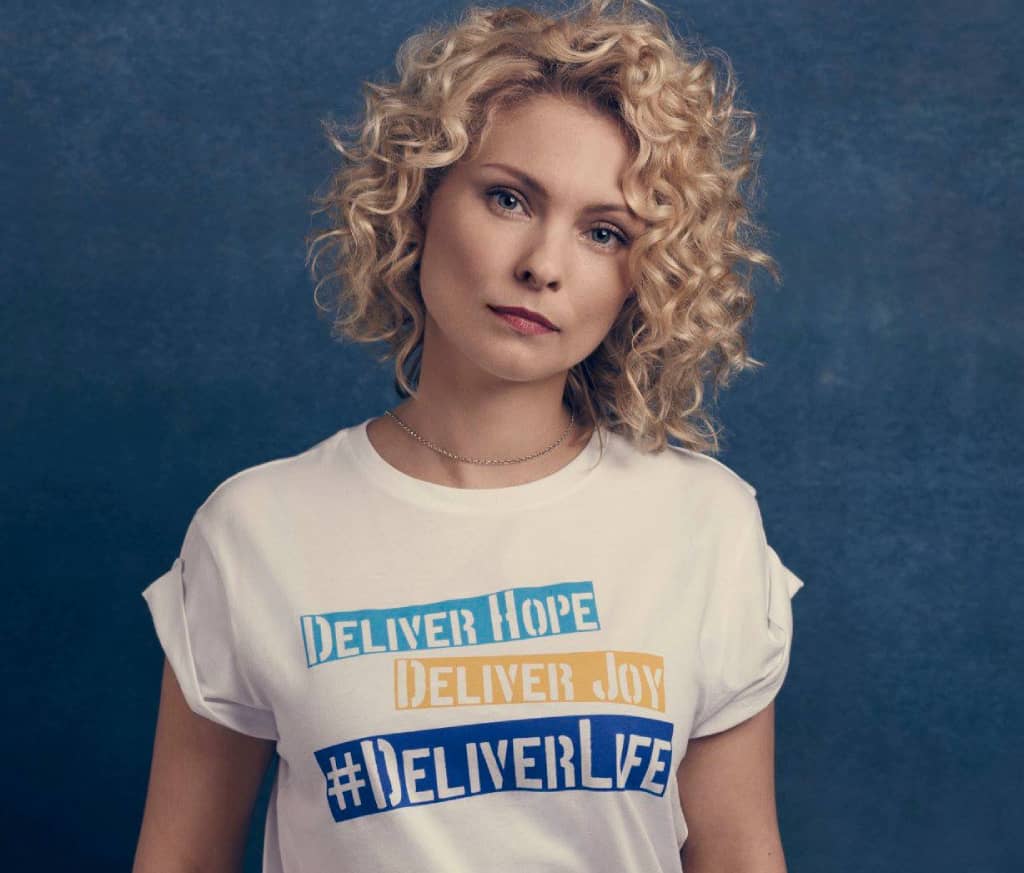 In 2019 she was seen as Tissaia de Vries in the fantasy series of Netflix, The Witcher. Then she was signed to act as Dawn Sturgess in the television series The Salisbury Poisonings in 2020.

Recently in 2022, she portrayed the role of Kate Carson in the television drama of BBC “The Responder”.

When it comes to films, MyAnna Buring is among the actresses who have been capable of making a career in films too. Her first film was The Descent which came out in 2005.

It was a horror film and she played one of the main characters alongside other women who adventured in an uncharted cave. She was also witnessed in the sequel of the film The Descent 2 in flashbacks. In 2008, she was starred in Doomsday.

In the film, Lesbian Vampire Killers Buring was featured as the female lead and the film was released in UK cinemas on March 20, 2009. For the SyFy channel, she was seen as Jozefa in May 2010.

Buring was signed to play the character Tanya of the Denali Coven in The Twilight Saga: Breaking Dawn Part 1 and Part 2. The next horror film in which she appeared was Kill List of 2011 in which she fitted into the role of the protagonist’s wife.

Buring has done some theatre in her career too. She stepped into the lead role of Vera in Milk and Gall in South London Theatre 503. This show ran from 2 to 27 November 2021.

MyAnna Buring is quite secretive about her personal life. Till now she has not revealed anything from which her fans could get a clue that what is going on in her life. It is just known that in May 2017 she gave birth to a boy.

No one knows whether MyAnna Burning is in any relationship or has any boyfriend. Yet. she has not looked for

someone who can be considered his partner. Maybe. she is focusing on her career.

Next Read: Who is Swedish actress Hedda Stiernstedt?

After making a debut in 2005, MyAnna Buring worked hard to make her place in the industry and owing to this hard work today Buring has an estimated net worth of $1 million.

However, till now she has not revealed her exact salary. She is still active in the industry which means that net worth will increase in the upcoming time.

I hope you enjoyed reading the biography and life story of MyAnna Buring. Please share your feedback and opinion regarding this story. We would be really thankful for it.

Next Read: Who is Swedish actress Helena Mattsson?

Who is Hannah Kepple? Biography, Age, Wiki, Net Worth, Career