The fashion and modeling industry has had a lot of coverage and attention in recent times, with the introduction of new and evolving trends.

While earlier, it was just a handful of people who would be aware of famous models of the world, that is no longer the case, thanks to the internet.

Therefore, we are here today to read more about the famous model of current times, Nara Aziza Pellman.

Who is Nara Pellman? 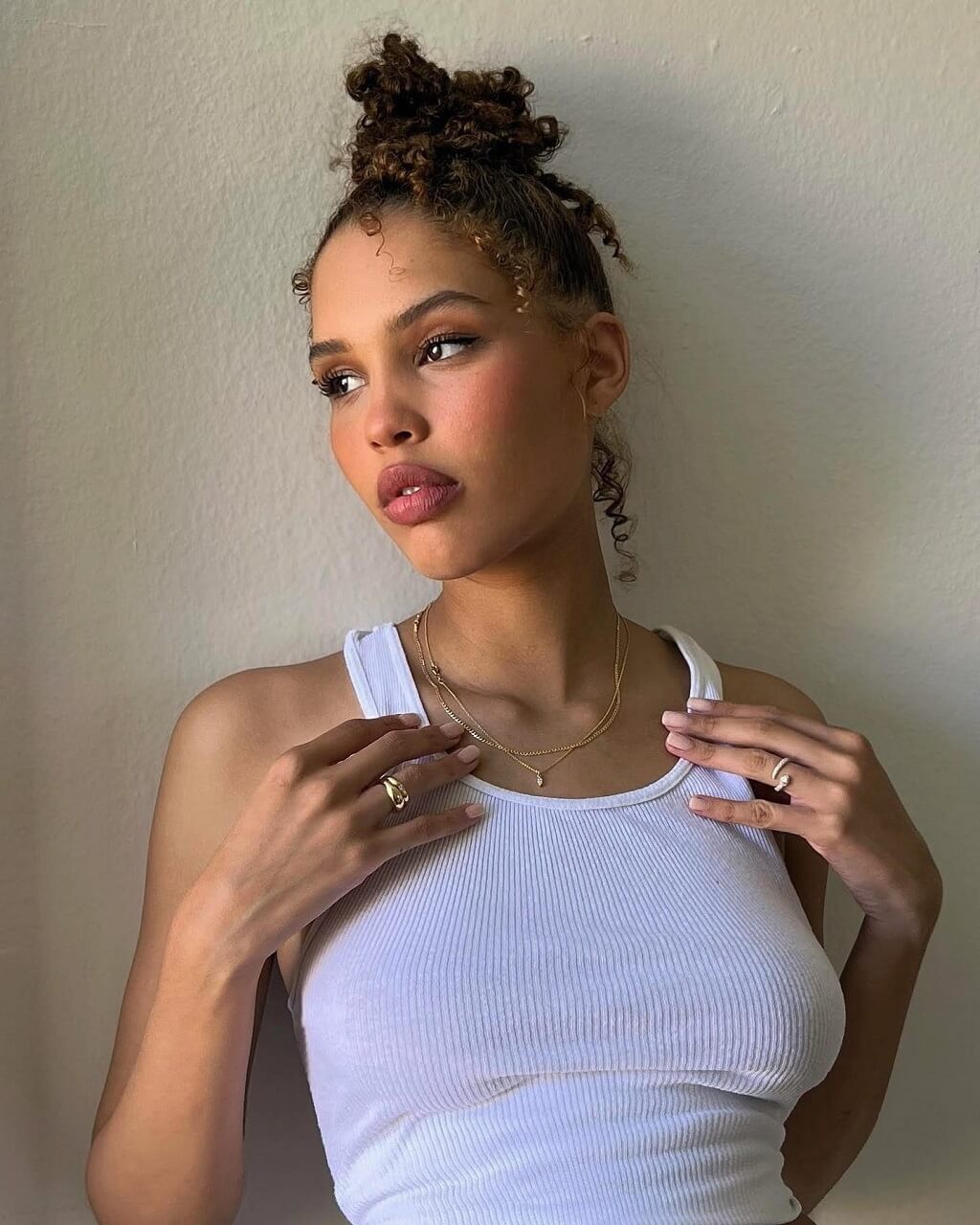 Nara is a German model who has made waves in the fashion industry since her debut. She is also the wife of a fellow American model, Lucky Blue Smith.

Lucky Blue Smith is a famous model for the brand, Calvin Klein.

Nara was born on 27th September 2001 in Germany. She is of mixed ethnicity, with both South African and German ancestry.

The names of her parents or biological siblings remain unknown to the public.

Nara has been in the modeling occupation since she was 14 years old. Despite having a career at such a young age, she completed her high school education with good grades.

Post this, she moved to the USA and completed a bachelor’s degree from a state university.
The details of her educational qualifications remain unknown. 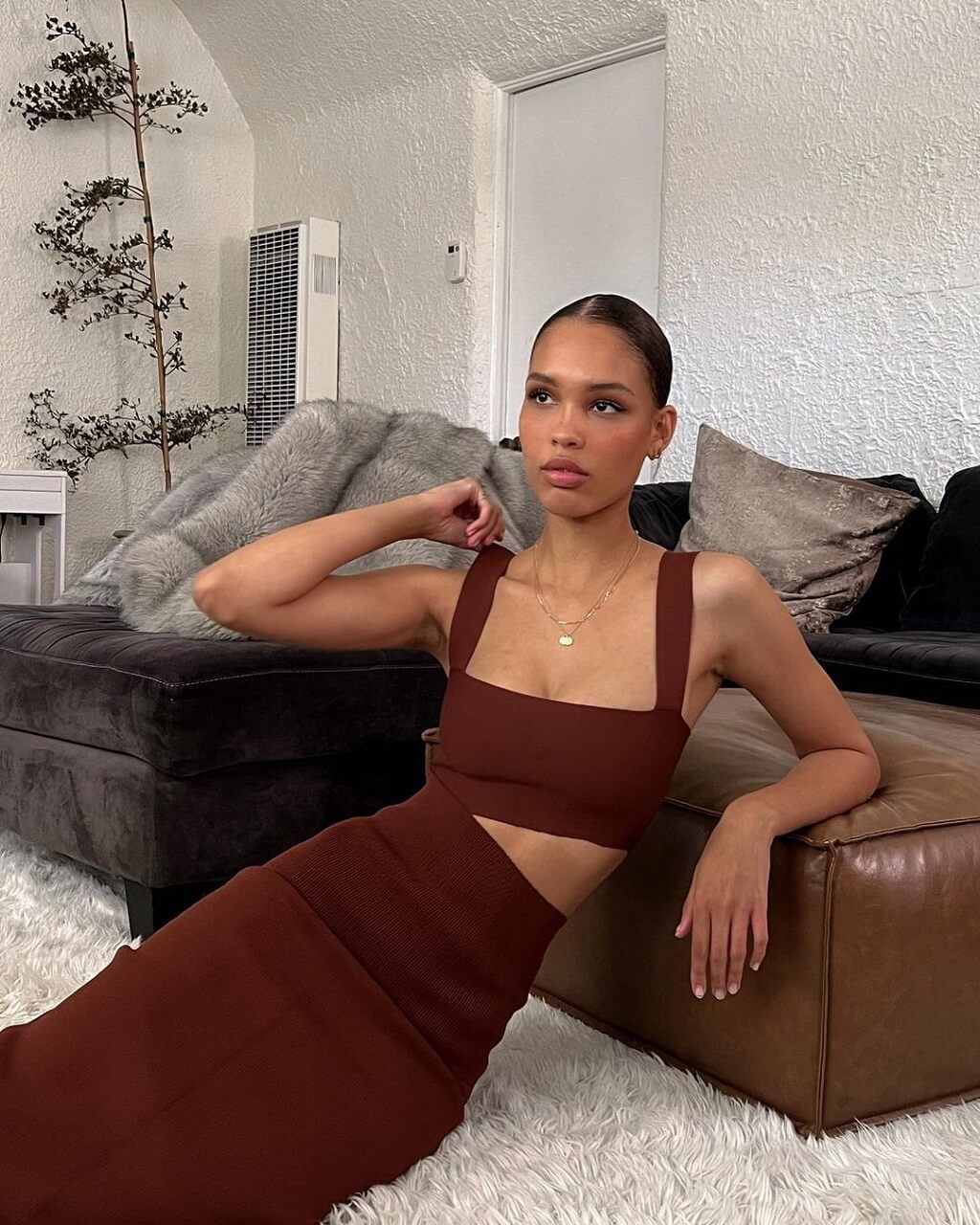 The 21-year-old model had been scouted out young and made her debut as a runway model when she was 14.

Owing to her stunning perfect looks, she has become a sought-after model in the industry and has walked the ramp in Italy, Germany, and the USA.

Nara is also hugely popular on social media platforms and is an inspiration to all young and upcoming models.

She posts videos about lifestyle and fitness and travel vlogs, and she has amassed 333k followers on Instagram.

Nara is signed with the famous modeling agency IMG Models.

She and her husband have recently started a YouTube channel together in 2020, which holds their debut video titled, “Our Birth Story”.

The marriage of Nara and Lucky Blue Smith is nothing short of a modern-day love story.

The couple started dating in 2019, and neither of them held back from showing their love and affection for each other on Instagram posts.

The second photo also shows off the beautiful oval-shaped diamond engagement ring that Lucky had proposed to Nara with.

Post the wedding, both their social media feeds are filled with images of the couple on vacation and also with their children.

The happy couple got married in 2020, and they made changes to traditional wedding rules, like substituting the cake with a pile of doughnuts.

This shows the vitality and the adventurous side of their relationship.

Nara and her husband have two children of their own- a baby girl named Honey Rumble, born 7th October 2020, and a baby boy named Slim Easy, born 6th January 2022.

Nara is also the stepmother to Lucky Blue Smith and ex-partner Stormi Bree’s child, Gravity Blue Smith.
Gravity was born in 2017 and is currently 5 years old.

Also Read: Who is Dennis Quaid’s Wife Laura Savoie? All About Her

It is no surprise that Nara was chosen to be a model at such a young age. She is stunningly beautiful and it seems, that she has got the best of both German and South African roots.

She is 5 feet 9 inches tall and has brown skin, black hair, and brown eyes.

Her body type is hourglass-shaped, and her measurements are 32.5-23-36 inches. She has a body that many of us hope to achieve someday through hard work.

Post her marriage to Lucky Blue Smith, who is a successful model himself, their joint assets are worth $800,000 USD. We can only expect the wealth of the couple to rise in the coming years.

This is all the information that we could gather on Nara Pellman. We hope to be a witness to their beautiful journey, both as newlyweds and young parents, as well as successful models.

Next Read: Who is Eric Braeden’s wife Dale Russell Gudegast?