Long gone are the days when being a professional lawyer or a scientist was the only option to choose a career. However, the option has become endless.

Social media has given a lot of room for growth and learning to the younger generation and even the elder generation of our society.

One of the personalities who has grown immensely on social media is Nathaly Cuevas. She is a famous YouTuber and a social media star who uploads content related to fashion and makeup.

Let’s get right into the article to know about Nathaly Cuevas’s amazing life story. So without any further delay let’s get started.

Who is Nathaly Cuevas? 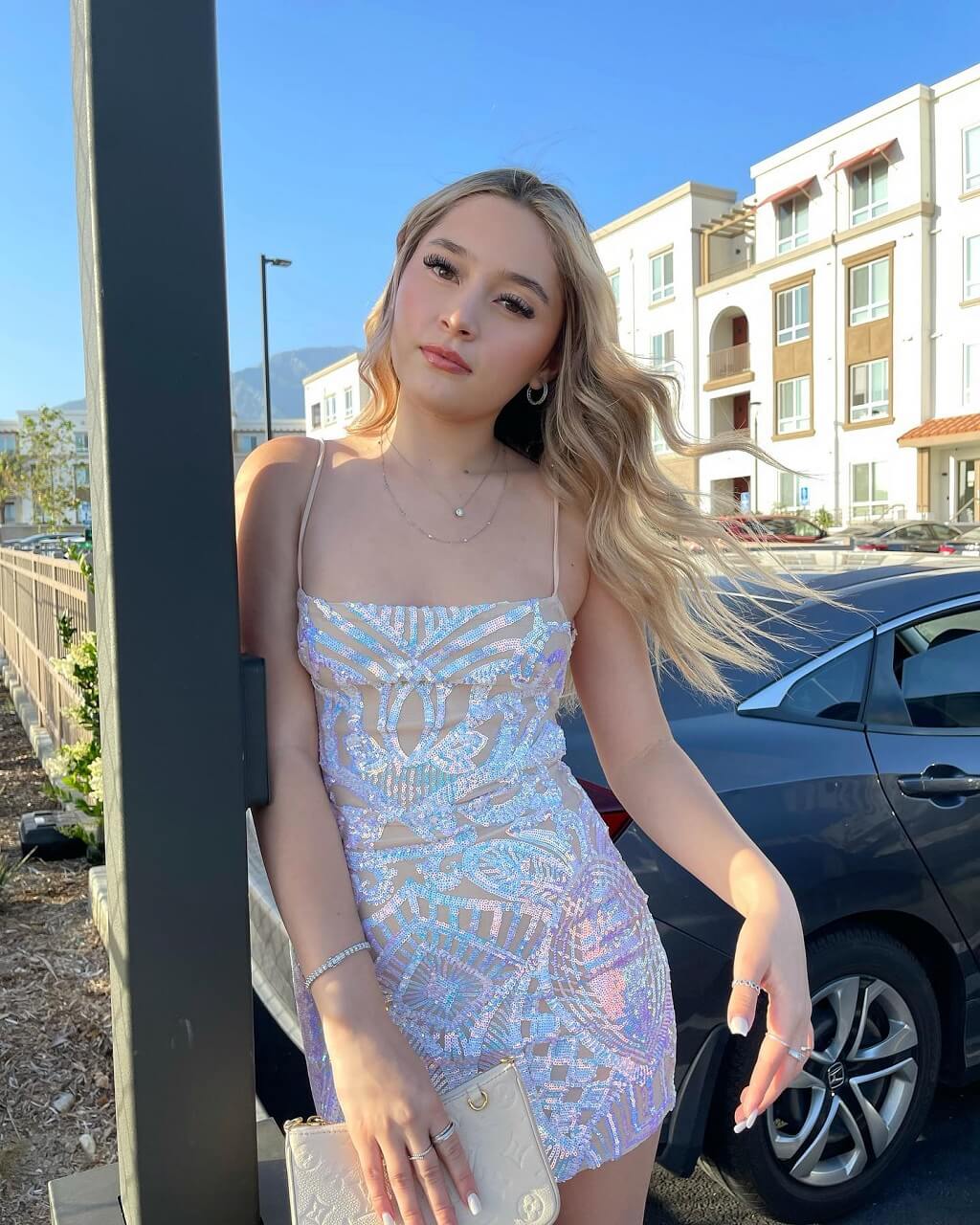 As mentioned some the facts about her, she is a Beagle dog lover and owned a dog named Malaika.

Nathaly Cuevas was born on 29th August 2003 in a Mexican family and is of 19 years of age as of 2022. Her birthplace is in the United States and holds American nationality.

In her hometown, she finished her education at a private school. There is no indication of whether she will enrol in college for further education, though.

She is Mexican in ethnicity. However, there aren’t many specifics regarding her parents now available.

To provide you with more information about her siblings, she has three of them (two sisters & one brother).

Her brother is Edward Cuevas, and she has two sisters named Edith Cuevas and Nelly Cuevas.

She seems to share a very close bond with her brother and two sisters and often shares pictures or videos with them. 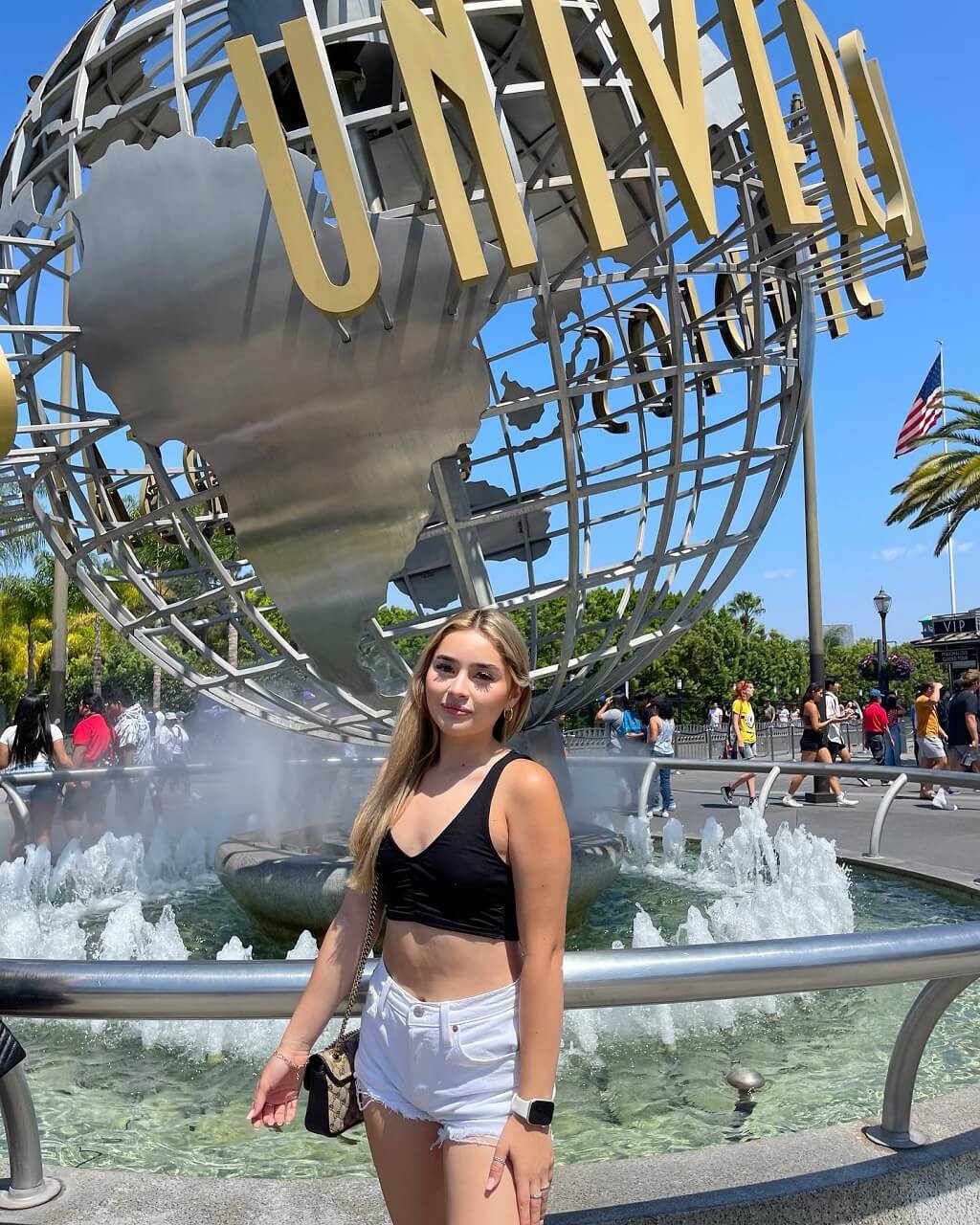 Nathaly Cuevas began her career as a social media influencer with her own YouTube channel.

She began operations on February 16th, 2019, and posted her debut video the same day.

Nathaly became quite well-known on the video platform for occasionally posting vlogs with beauty and lifestyle films.

Her most watched videos are her GRWM and room makeover ones, which have amassed millions of viewers. She currently has over 800k subscribers and 90 million video views on her channel.

Together with her lover Jacob Macias, she runs a second YouTube channel under the name Nathaly.

The duo posts a variety of videos to the channel, including challenges and vlogs. With more than 300k new subscribers and 16 million total video views so far, the channel is doing well.

She also owns an online clothing store where she sells her brand merchandise.

Recently Nathaly uploaded a post on her YouTube channel about her latest Back To School collection. On which she got a huge number of views.

Nathaly is in a relationship with Jacob Macias. He is a popular social media star and YouTuber from the US. According to media sources, since 2020, Jacob Macias and Nathaly Cuevas have been dating.

Her YouTube channel has almost 4 million views every month, according to Social Blade.

Sponsorship – One of her main sources of income is sponsorships, and she advertises a variety of goods on popular social media sites, such as YouTube.

In addition to ad revenue, she also receives sponsorships for her YouTube channel. She has thus far collaborated with a variety of companies, including VITA and Simple Health.

Nathaly frequently promotes companies associated with fashion and beauty on her other social media accounts, namely Instagram and TikTok.

Merchandise – On the website for Creator Spring, she has included her clothing store. She has featured t-shirts, hoodies, sweatshirts, and other clothing on the website.

Nathaly doesn’t currently have any items available for purchase by her followers on her website.

Nathaly Cuevas is a gorgeous young woman. She has blonde hair and black eyes.

Her physic is beautiful and curvy. However, there is no information available related to her body measurements as of now.

Thank you for reading this article. Please do share your valuable insights in the comment section down below. We would love to hear from you.